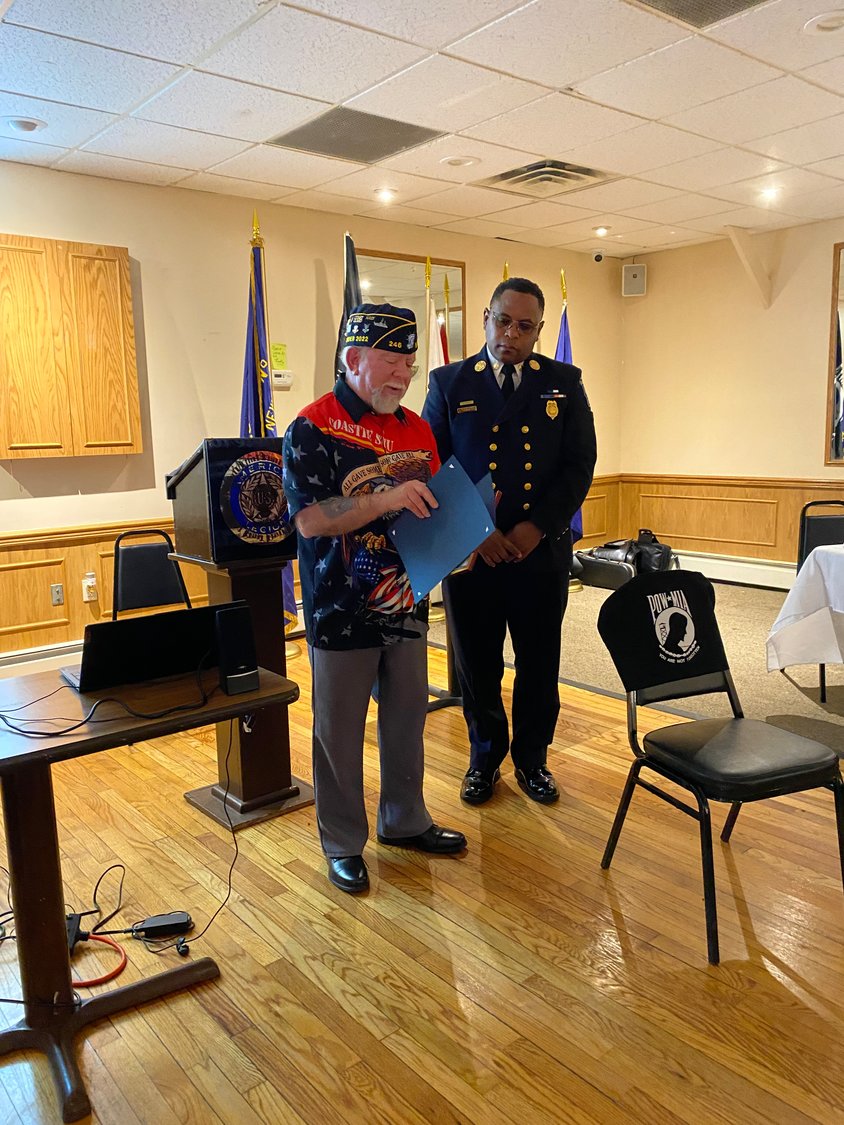 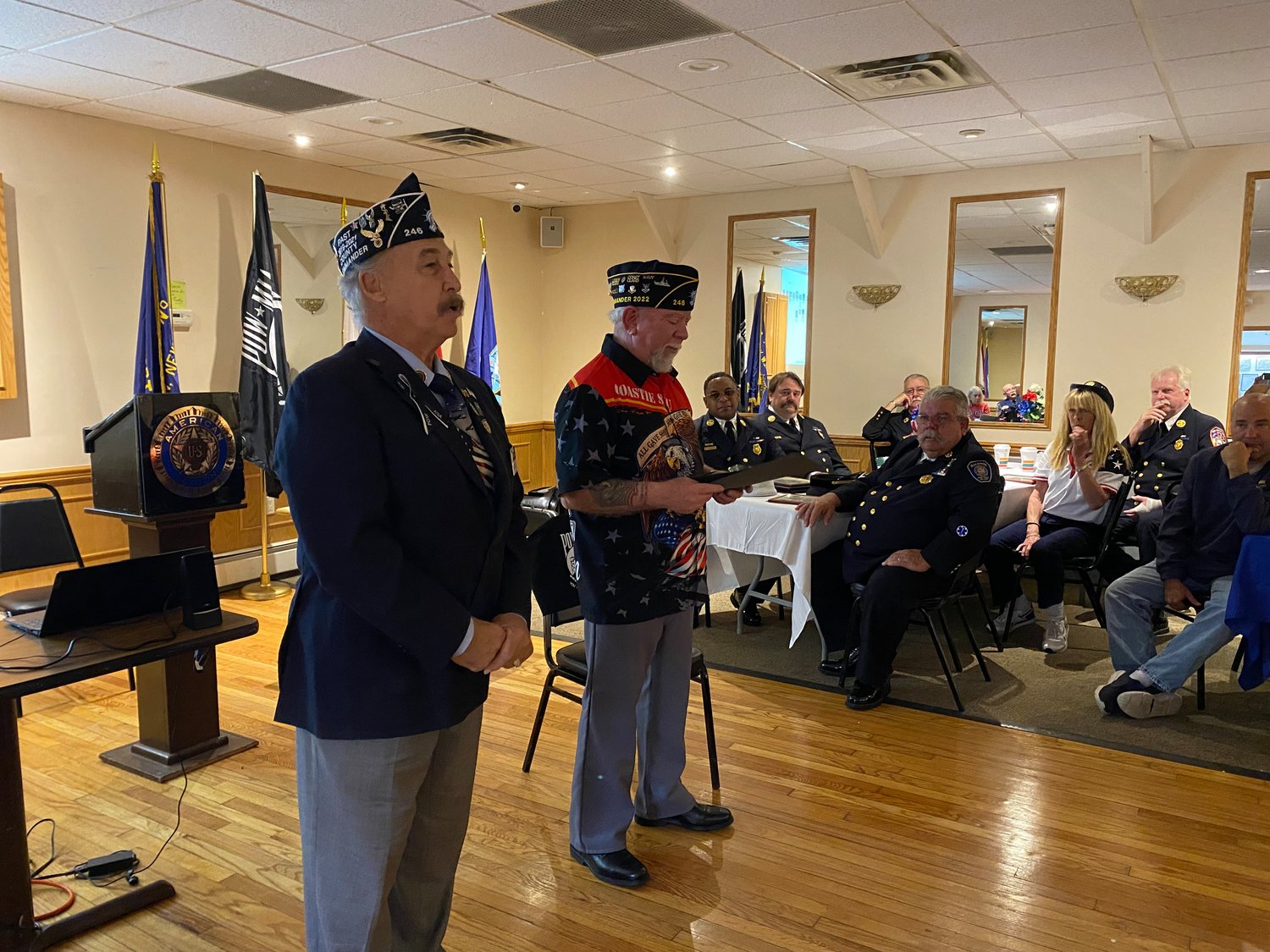 Some of those, as celebrated on Memorial Day, made the supreme sacrifice.”
Brien Cummings, Baldwin fire chief
By Andre Silva

South Shore veterans and invited guests gathered at Baldwin’s American Legion Post 246 on Veterans Day to be honored for their service and to remember their fallen comrades.

The ceremony began with the Pledge of Allegiance, which was followed by a presentation of the armed forces and speeches by several guests. The crowd listened to classic military hymns, special honors were presented to several veterans, and the ceremony was followed by a luncheon. Among the guests were members of the Nassau County Police Department’s 1st Precinct and the Baldwin Fire Department, and Nassau County Legislator Debra Mulé.

In the middle of the room, next to Post 246 Commander Stu Cohen, was a lone chair, over which was draped a black shirt with a POW emblem. The chair, Cohen explained, represented U.S. prisoners of war and soldiers who went missing in action and never returned home.

Cohen said that Veterans Day was about honoring the millions who have served in defense of 20 American freedoms. After saluting the members of each military branch who were in attendance, he said that all of them veterans took an oath that will never expire to defend the country against all foreign and domestic threats.

“A veteran is someone who (wrote) a blank check to the United States,” Cohen said, “which includes, at its extent, their lives.”

Baldwin Fire Chief Brien Cummings said he joined the Army on May 10, 1989, not long before the Persian Gulf War began with Operation Desert Storm. He added that he thought it was great that the community can come together to recognize veterans, because they have all made a sacrifice in one way or another.

“Some of those, as celebrated on Memorial Day, made the supreme sacrifice,” Cummings said. “You never knew what could happen out there, and it was an honor to serve.”

His experience in the Army, he said, taught him not only the discipline and skills necessary to be a good soldier, but also how to serve his community. It inspired his interest in community service, Cummings added, and to serve as a firefighter.

“If you joined at 17, you’d be a trained killer at 19,” said Alfred Ficalora, an Army veteran from Oceanside. “You got your discipline there, which I know helped me further in life.”

Ficalora said he served in the Army in 1967, when he was 19, with the military police in El Paso, Texas, during the Vietnam War. When he joined, he said, was one of the oldest recruits in his training unit. He added that more young people should join the armed forces.

Ficalora said he owed much of his life to being in the Army, because it set him on the right path. And although he believes young people should join the military, he said that he sometimes feels guilty because some of the soldiers he trained with didn’t make it home, or did so with debilitating PTSD.

Other servicemen and women were honored during the ceremony. Cohen presented the Jones Beach Coast Guard station with a certificate of commendation, recognizing the commitment its members make to the nation. Cohen also presented honors to the NCPD’s 1st Precinct; to two of its officers, Nicholas Stephani and Michael Gironda; and to Jerry Brown, a firefighter in the BFD’s Hook and Ladder Company Two and a commissioner of the Town of Hempstead Sanitary District No. 2.