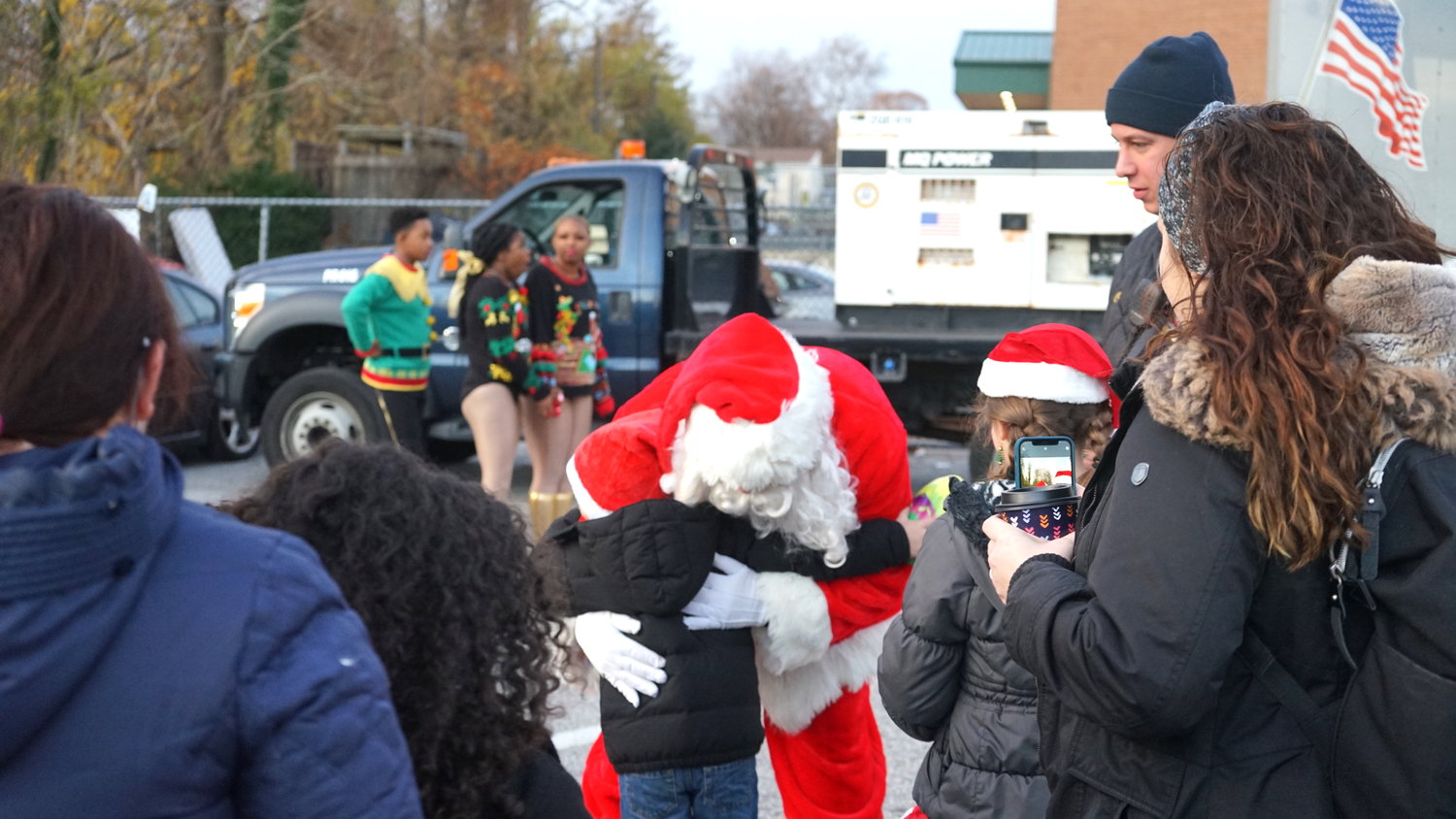 Santa Claus was quite popular at the Chamber of Commerce’s annual tree lighting Dec. 5 at the Baldwin Historical Society.
Cristina Arroyo Rodriguez/Herald 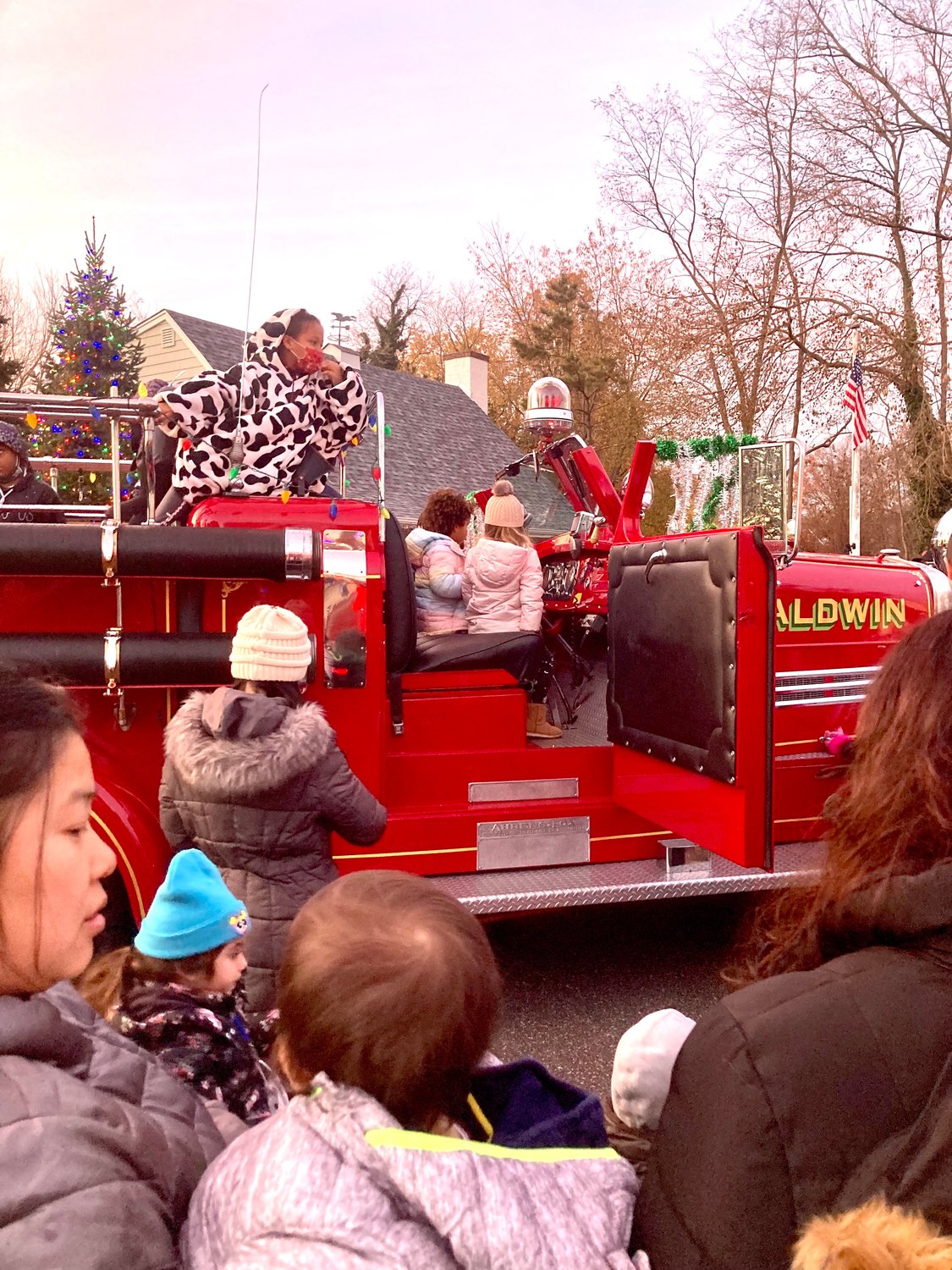 Children watched from atop the Baldwin’s Fire Department old-time fire truck as the evergreen by the Baldwin Historical Society behind it was lit.
Cristina Arroyo Rodriguez/Herald 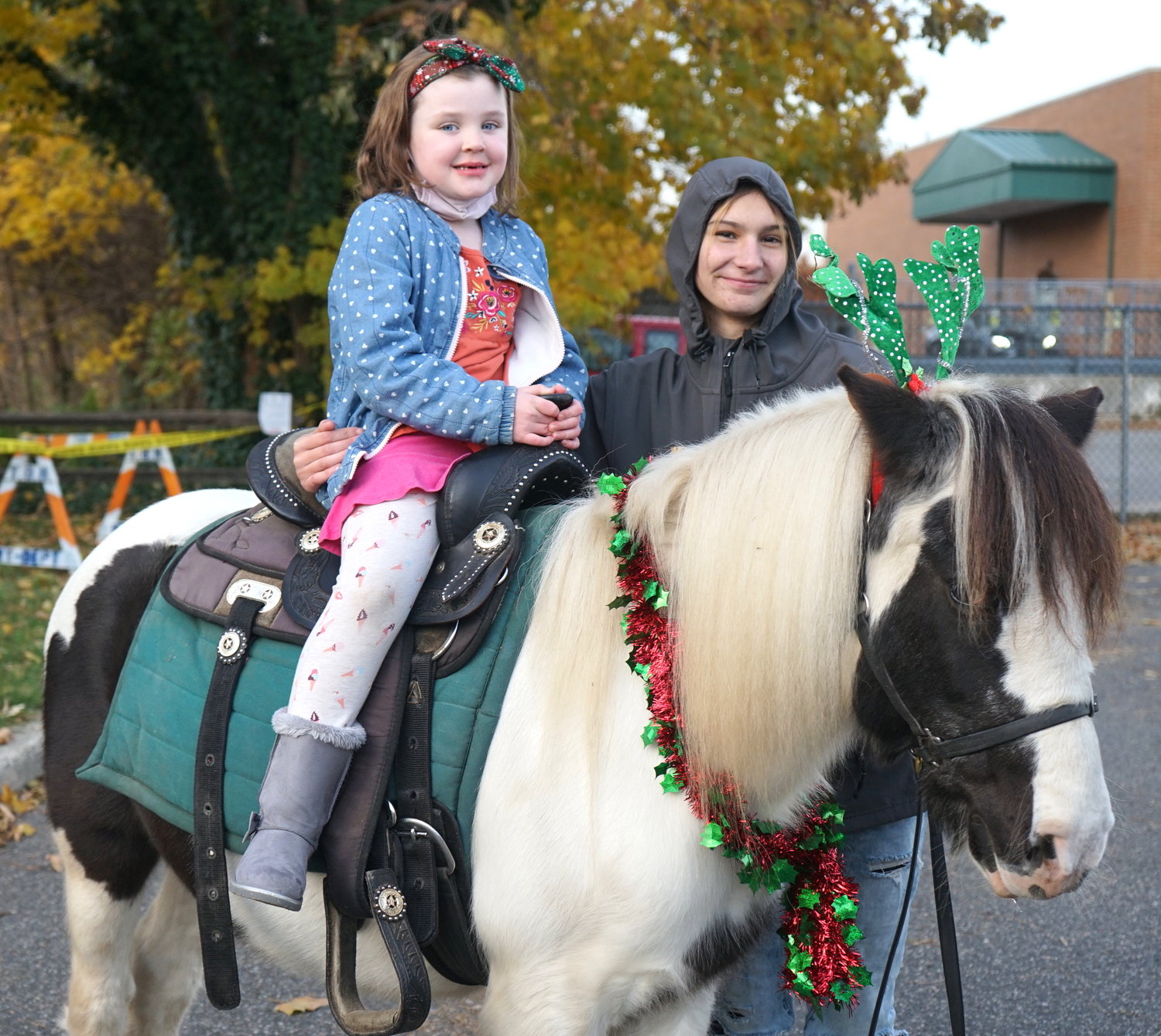 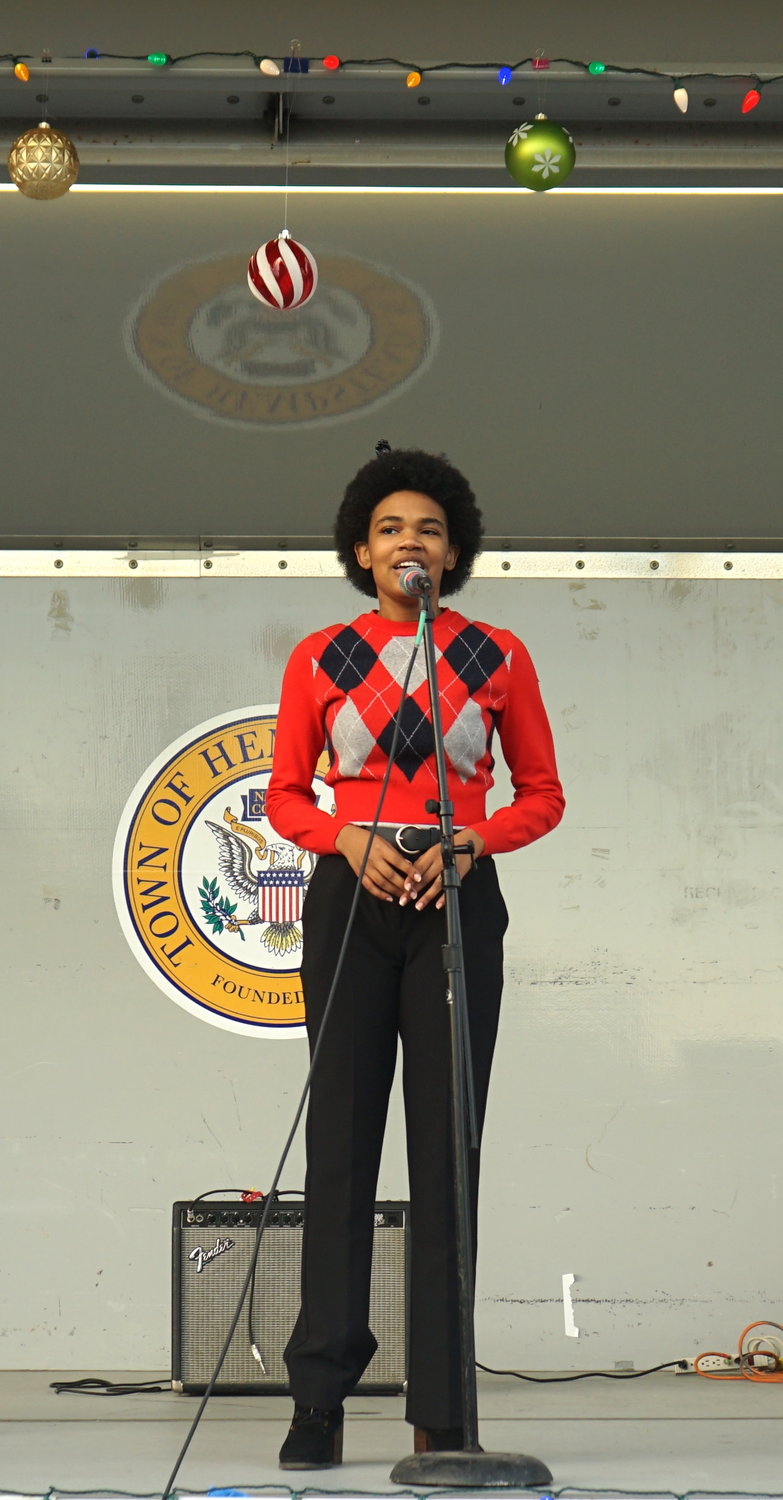 Anaya Bomani, a Baldwin High School student, sings a solo of “It’s Beginning to Look a Lot Like Christmas” in front of a crowd of 300.
Cristina Arroyo Rodriguez/Herald

The Baldwin Chamber of Commerce kicked off the Christmas season Dec. 5 with its annual tree lighting at the Baldwin Historical Society, attracting more than 300 people for holiday treats, performances, music and some old-fashioned holiday camaraderie to support the Baldwin business community.

“It’s a personalized mindset for [residents] to consider saving their neighbor’s job or helping someone in another state,” said Erik Mahler, a chamber board member. He concluded by reiterating the chamber’s slogan: “Save a neighbor’s job — shop local.”

As the soloists showed off their vocal, guitar or piano musical talents, Santa Claus arrived on a fire engine carrying presents donated by the Town of Hempstead Employee Federal Credit Union. The children who stood in line shook, not from the 46-degree cold, but from the excitement of the moment.

Pat’s Dance Studio performer Willow Page, 8, said it was her first time attending this event, noting that it was exactly what she expected — a great, big party — and concluding with, “I like it because there is a lot of free stuff.”

The cold that caught some by surprise was remedied by free hot cocoa from At Your Service Catering, served by the Baldwin High School Key Club. The kids, and adults, also filled their tummies with candy canes, doughnuts and cookies donated by GalaFresh Farms, The Hangout One Happy Place and Baldwin Fire Department.

Now satisfied with presents and treats, the children were treated to a lively performance directed by Erica Edmonds from Destined to Dance studio. The dancers kept the crowd guessing with urban dance moves crossed with Rockette-style high leg kicks.

And then it was time to light the evergreen tree that stands tall next to the Baldwin Historical Association. Children watched from atop the Baldwin’s Fire Department old-time fire truck and from the saddles of a couple of ponies that rode in circles in a roped-off section thanks to Ridgewood Savings Bank.

Sister and brother Anna, 6, and Jack, 4, stood by the ponies with their dad, Craig Yanantuono, a Baldwin firefighter. While Jack was still breathing heavy with excitement from his pony ride, Anna decided against a ride of her own, saying, “I don’t know…It’s a bit too high.”

Nassau County Legislator Debra Mule and State Assemblyperson Judy Griffin also attended and shared a message of holiday unity and giving with the Baldwin community. And while Town Councilwoman Dorothy Goosby was unable to attend, she texted a message of hope to people, as well.

The Baldwin High School Chamber Singers followed with performances, including of “Star of Bethlehem,” directed by Kristine Costello, as the sky turned from light blue to shades of purple, pink, orange and navy.

Chamber singers Brianna McLeod, 16, Noelle Nikovics, 17, and Giselle Carlo, 16, expressed the importance of bringing hope back because last year they didn’t feel the Christmas spirit because of the coronavirus pandemic.

The night’s final event was a series of performances by Pat’s Dance Studio. Children of all ages danced to Christmas-themed music while tossing rolled-up T-shirts to the crowd, shirt-cannon style, ending it all with a patriotic dance inspired by the Broadway musical “Hamilton.”

By the end, it was dark, and as the crowd dispersed, families, couples and friends took a bit of Baldwin back with them back to their homes the next block, next town or next county over.