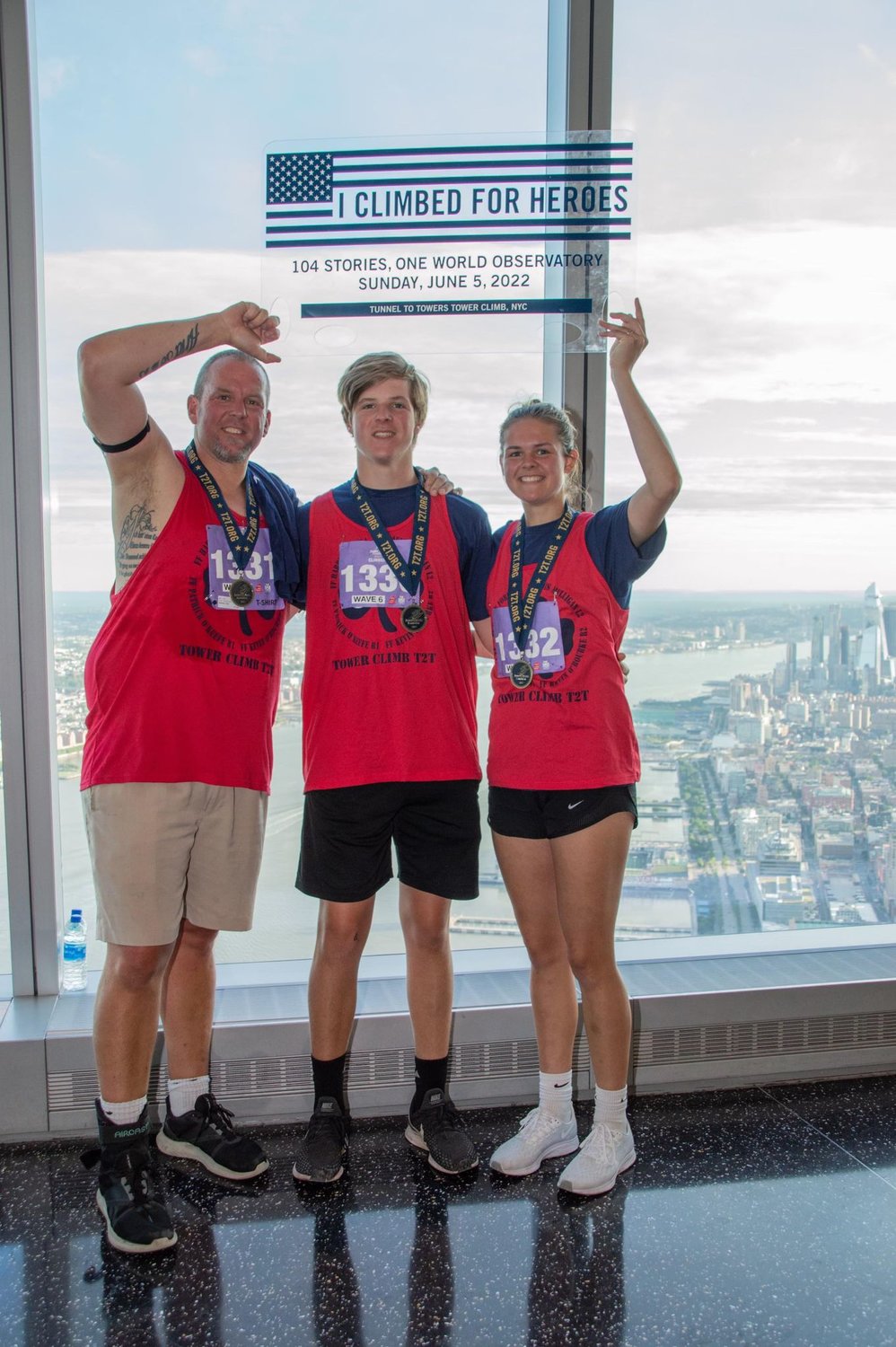 Erik Mahler with his son, Brady, and daughter, Kirsten, after climbing 104 stories at One World Trade Center on June 5.
Courtesy of Erik Mahler 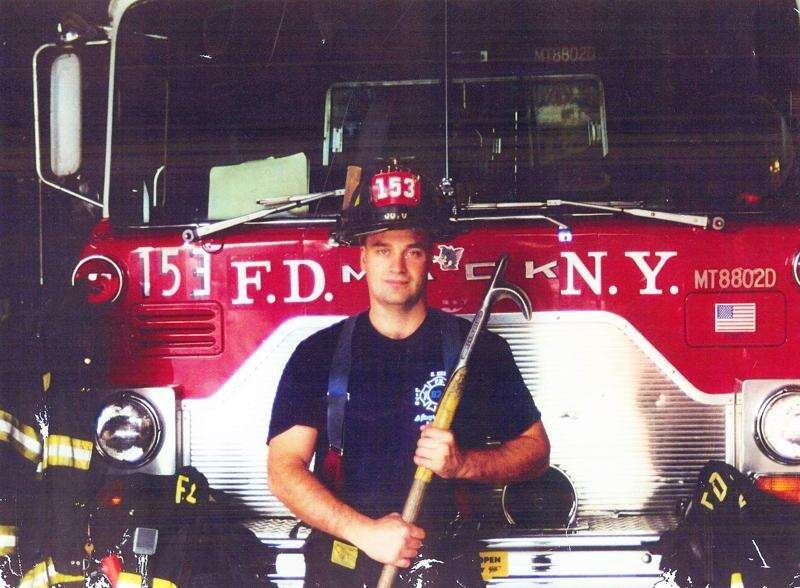 Once I learned that they help the families of fallen first responders and military ... I was like, I’m in.”
Erik Mahler participant, Tower Climb NYC
By Karina Kovac

A thousand people climbed the stairs in the 104-story One World Trade Center to its observatory last week in the first Tunnel to Towers Tower Climb NYC since 2019.

Erik Mahler, former president of the Baldwin Chamber of Commerce, was among them, climbing with his daughter, Kirsten, 17, and his son Brady, 15. Mahler raised over $20,000 for the Tunnel to Towers Foundation, making him its second-largest contributor this year. He coaxed contributions out of friends, family members and anyone who would listen.

When he reached the 75th floor, he felt the cool air from the observatory wafting down the stairs. “It gave you a little bit of spark,” he said, “and you’re still exhausted, but you keep pushing yourself, and the amazing thing is you get up, you round the corner and they clock

you, stop your time and (then) you come into a room with 200 other people cheering you on. It’s very emotional.”

A foundation continues its work

Firefighter Stephen Siller, 35, who was assigned to Brooklyn’s Squad 1, was just getting off work on the morning of Sept. 11, 2001, and was on his way to play golf with his brothers when he got a call over his scanner that a plane had hit the North Tower of the World Trade Center. He canceled his plans and returned to the firehouse to get his gear.

Stuck at the western entrance of the Brooklyn Battery Tunnel because of heightened security, Siller strapped on his 60 pounds of gear and ran through the tunnel to the nightmarish scene in Lower Manhattan. There he gave his life, along with 342 other firefighters who died that day while selflessly saving others.

Siller was known by his family to follow the guiding philosophy of St. Francis of Assisi, who said, “While we have time, let us do good.” Frank Siller, Stephen’s older brother, founded the Tunnel to Towers Foundation in December 2001 to honor his brother.

Mahler was told about the stair-climb event three months ago by a friend he is active with in Long Beach Wounded Warriors. Mahler learned about that organization’s work in making accessible housing for veterans who lose limbs and paying off mortgages or college costs for the wives or children of firefighters who die in the line of duty. “Once I learned that they help the families of fallen first responders and military,” he said, “I was like, ‘I’m in.’”

Tunnel to Towers does similar good deeds. The foundation’s Caroline Magyarits said that every day, “Our nation’s first responders and military service members put their lives on the line as they work to keep the rest of us safe. When one of these heroes loses their life in the line of duty, we owe it to them to make sure their families are taken care of. A mortgage is the largest financial commitment many families will ever take on, so it is vital that we provide that relief to grieving spouses and children.”

Donations to Mahler’s stair-climbing effort can still be made, with checks made out to Tunnel to Towers Foundation and dropped off at Mahler Realty in Baldwin. For more information, visit T2T.org.