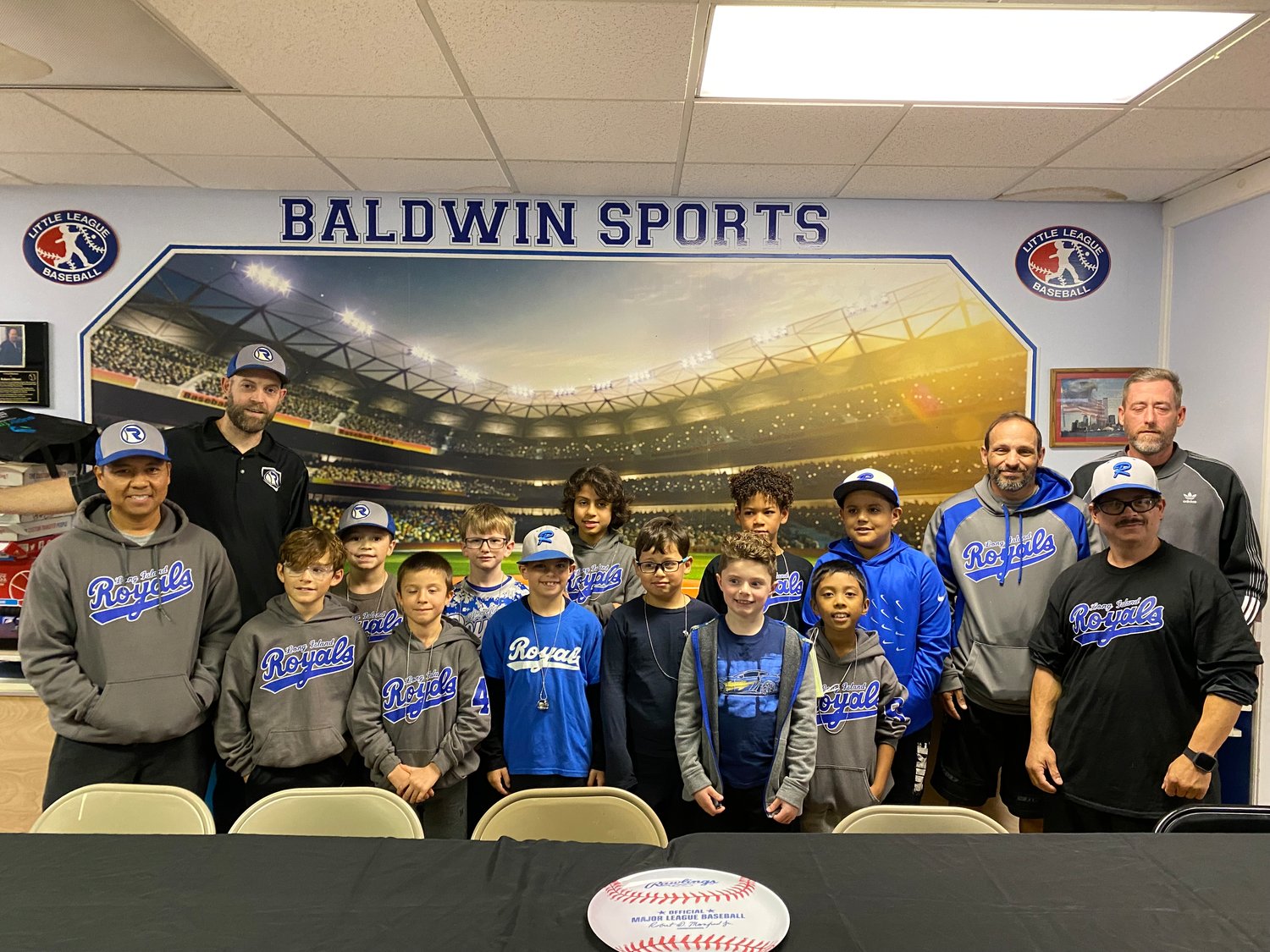 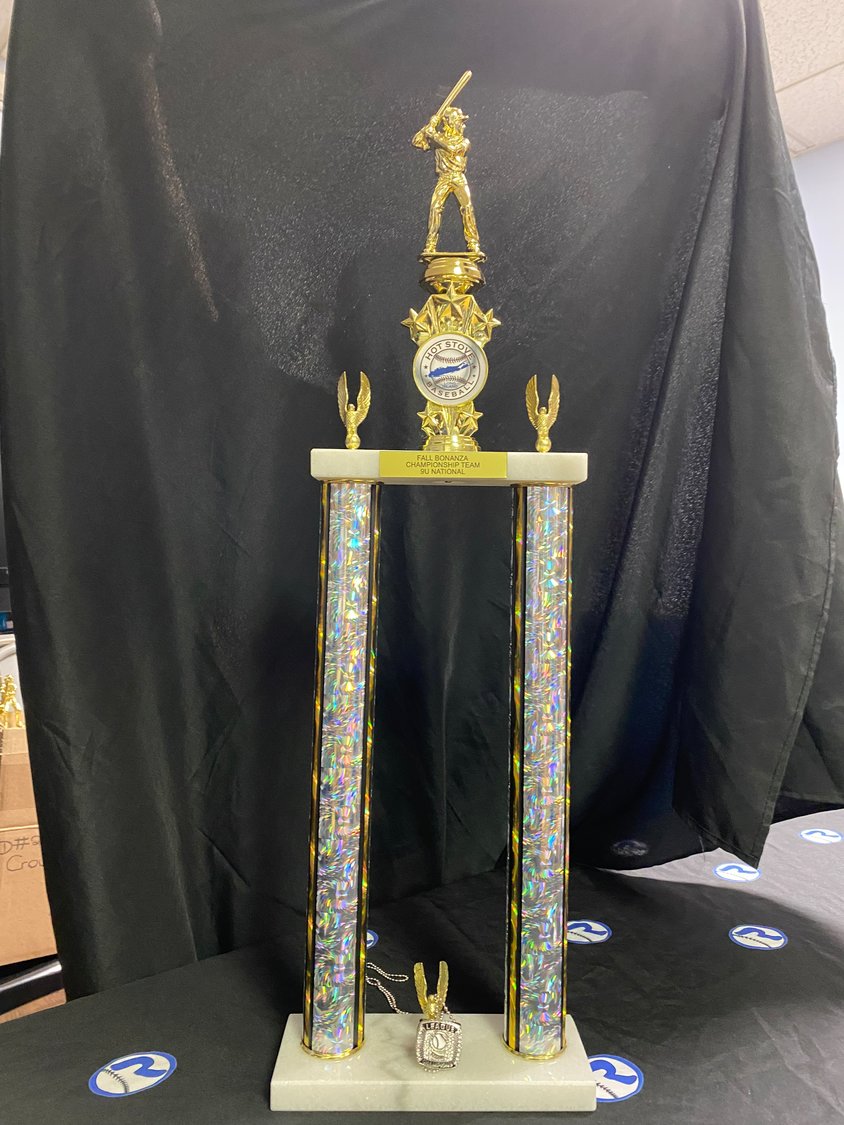 Ido my best to teach the game, so I can instill a love of the game in players got to play.”
Phil Siegel Assistant coach, Baldwin Royals
By Andre Silva

The Royals, Baldwin elementary school children ages 7 to 9, and their coaches and parents gathered at Baldwin Little League headquarters on Church Street to commemorate their championship win on Oct. 23.

Head Coach Joe Marano, of Baldwin, explained that the team entered the single-elimination playoffs as the fourth seed, and beat the Roslyn Bulldogs in the first round, 19-2. In the championship game, the Royals beat the Queens Bombers, 10-1.

Marano said he believed his players won because of the hard work they put in each week at practice. The Royals, he said, trained twice a week during the spring, summer and fall seasons, from April to Early November, and the Bethpage-based Hot Stove organization hosts a winter training program in the off-season. He said his players listen to directions well and worked hard for their wins.

Marano said he finds most of his athletes in the hamlet’s elementary schools, like Kenan Radoncic, a 7-year-old second-grader at Steele Elementary and the youngest player on the team.

Kenan, who pitched in the championship game, is a shortstop as well. He said he loves being part of a team and striking out his opponents, and added that he was excited about next season and wanted to continue playing baseball into adulthood.

Collin Heyward, an 8-year-old third-grader at Lenox Elementary who pitches, catches and plays third base for the Royals, said it’s fun to work hard in practice and win games with his team. Collin pitched in the first playoff game, and said he was proud to contribute to the team’s wins.

Lourdes and Jackie Garcia-Fernandez, the parents of 9-year-old Jovani Fernandez-Garcia, said he learned important lessons as a member of the team: how to be more patient, work with his teammates and handle defeat gracefully, according to Lourdes.

“When I first met the coaches, they said our kids are going to come out of here learning new skills,” Jackie added. “That always resonated with me.”

Jovani, a fourth-grader at Steele Elementary, plays center field, but said he loves batting the most, and wants to play in the major leagues someday. Maxton Cooper-Siegel, 8, who’s in third grade at Meadow Elementary School, plays right field and second base, and catches. “It’s so fun to hit, run for or dive for the ball, sometimes block it,” Maxton said. “But I also like hitting balls and running.”

His father, Phil Siegel, an assistant coach for the Royals, said he started coaching when his son joined Hot Stove. Siegel said that he grew up playing baseball, and it means a lot to him to pass the tradition on to his son.

“I do my best to teach the game the right way,” he said, “so I can instill a love of the game in players who never had the opportunity to play.”

Chris Morro, the owner of the Royals, said he wants to make players better on and off the field, and that he teaches kids how to compete, but also how to be respectful.

“We’re all about the kids — we really are,” Morro said. “Our motto is ‘Pride, spirit and tradition.’”

Morro said he took on the ownership of the Royals when the previous owner, Robert Oliveri, died in 2019. Hot Stove had difficulty growing during the coronavirus pandemic, Morro said, which it is now starting to overcome. Next season, he plans to introduce two or three new teams to the Royals organization.

The winter workout season, Morro said, lasts 10 weeks, starting on Jan. 1 and running until mid-March, and the spring season starts on Memorial Day.