She put together the pieces of her family 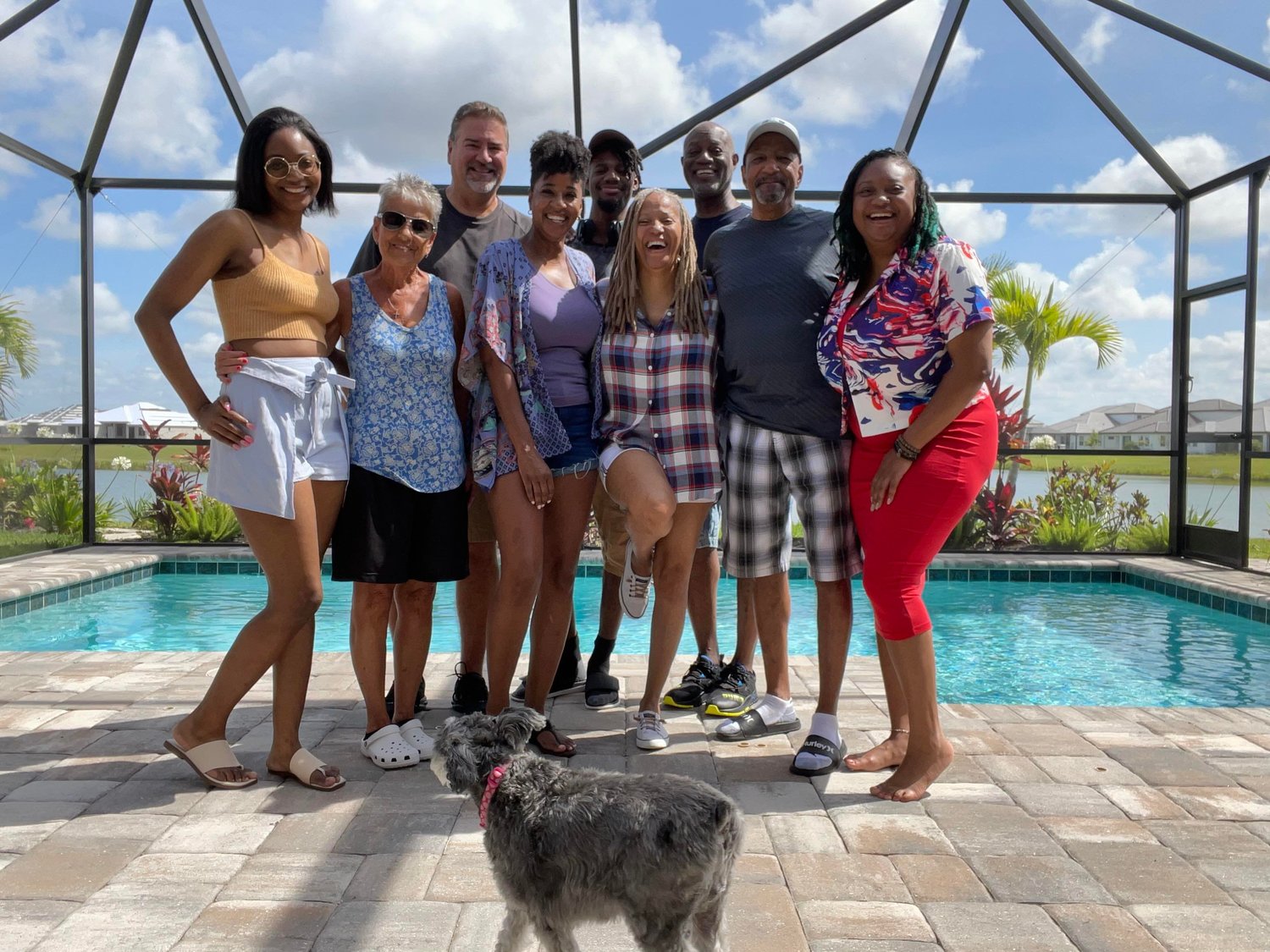 Janice Segure’s father’s side of the family with Janice and her husband. From left were Kyana, Cathy, Tim, Krystal, Jonathan, Janice, Steven, Frank and Kristan.
Janice Segure 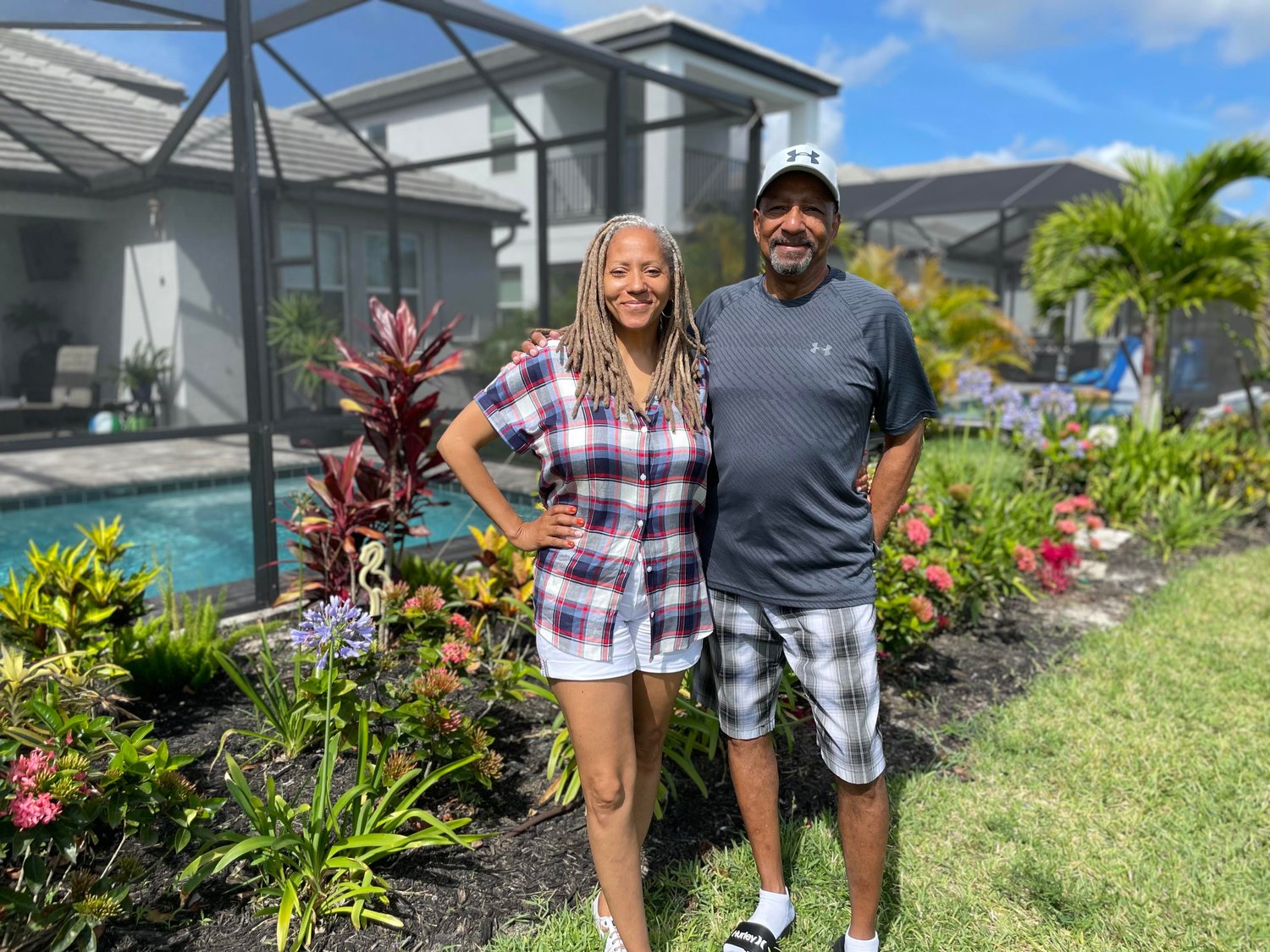 Growing up, Janice Segure, who was born to a teenage mother and raised by her grandparents, never knew her real father, but finding him was always in the back of her mind. Last month, Segure, of Baldwin, who is now 57, was finally reunited with her missing father — after meeting him unknowingly and taking him up on his suggestion of doing a 23andMe DNA test.

In April, Janice’s husband, Steven, urged her to join ancestry.com, the genealogy website on which he was enjoying mapping his family. Janice joined as well, to work on as much of her family tree as she knew. On the site, a man reached out to her, saying she looked a lot like the woman’s Aunt Fay, and sent a picture.

Segure recalled thinking, “Is that Photoshop? Is someone playing a trick on me?” “But then,” she added, “I noticed she had similar DNA matching.” Thinking they might be related, the two  began corresponding, and agreed to figure out how to find Segure’s father.

They discovered that they were first cousins, and Segure was encouraged to return to her hometown of Pensacola, Florida, where she grew up before moving to Baldwin at age 10, to meet some other members of her extended family and ask around about her dad. She was nervous at first, but Steven pushed her to take the trip and see what might happen.

While she was planning the trip, her cousin’s Aunt Fay died, and Segure was invited to the funeral. Not wanting it to be, she said, “like a movie where people ask, ‘Who is that?’” she almost didn’t go, but was ultimately glad she did. There she met more relatives, “and that’s where the connection really happened,” she said.

While mingling with her newly discovered family members, she came across a man named Frank Rogers, who was curious about her ties to the family and offered help. He said that to be sure, she should do the saliva-based biological testing called 23andMe, where he was registered and which would offer a more concrete answer.

Back in Baldwin, she took the test, sending her DNA out and getting an email response a few days later, telling her that she shares 49.5 percent of Roger's DNA; and that she had two sisters and a brother. “And then all of these thoughts are going through my head,” Segure recalled. She had met Rogers’s two daughters, as well, in Florida. “I just met this man, have a photo with him,” she said. “I was talking to my dad and met both my sisters. I was talking to my sister and didn’t realize it.”

Never thinking something so spectacular could happen to her, it was surreal for her to consider that her father had been the one to suggest 23andMe. “It’s trippy, in a sense, where you only hear about this stuff in a story or on TV,” Segure said. “And wow, this is happening to me right now. It’s just weird, and I’m still trying to get ahold of everything. I’m still trying to believe it.”

She found out that Rogers was the first black paramedic in Pensacola, and appeared in the newspaper frequently for saving lives. “He’s a real standup guy, [a] very respected person in the community,” Segure said. “That whole side of the family said he’s the best choice of all of them.”

The first time she spoke to Rogers after her discovery, he called while she was in the supermarket. Wanting a more proper place to talk, Segure didn’t answer, but fate intervened: The call picked up on its own, and she suddenly heard his voice. She cannot explain how it happened. “The call picks up and I’m like, I do not activate the call, what the heck,” she said. “So I said, ‘OK, I’m supposed to take this call.’”

Arranging to be in Florida this past Sunday, Segure and her father reunited properly, and enjoyed time together, catching up.