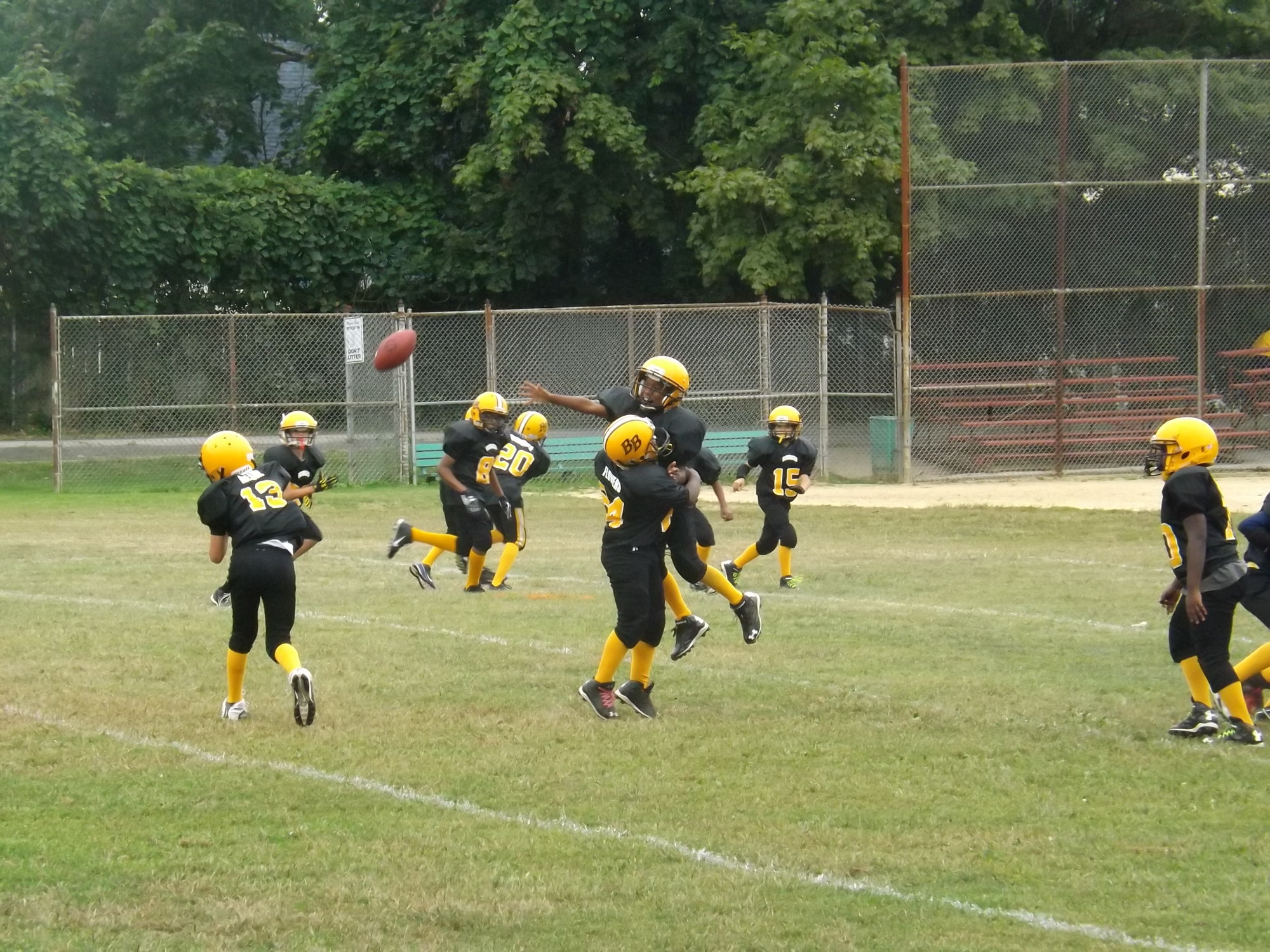 The Baldwin Bombers ran short practices on Sept. 13, the day before their regular season kicked off.
Brian Croce/Herald 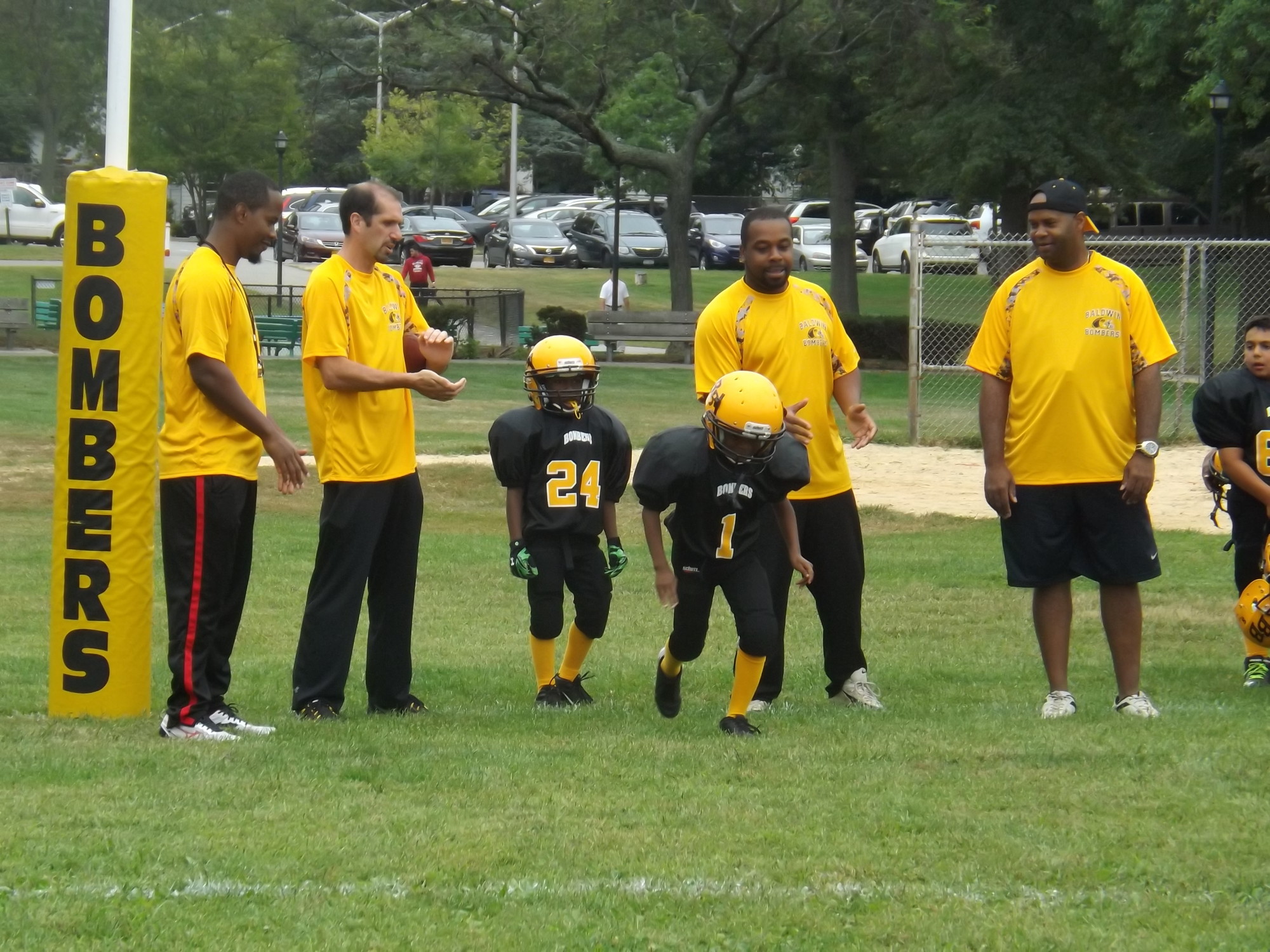 Kids as young as 6 can play for the Bombers. The youngest team won its opening game 32-13 last Sunday.
Brian Croce/Herald 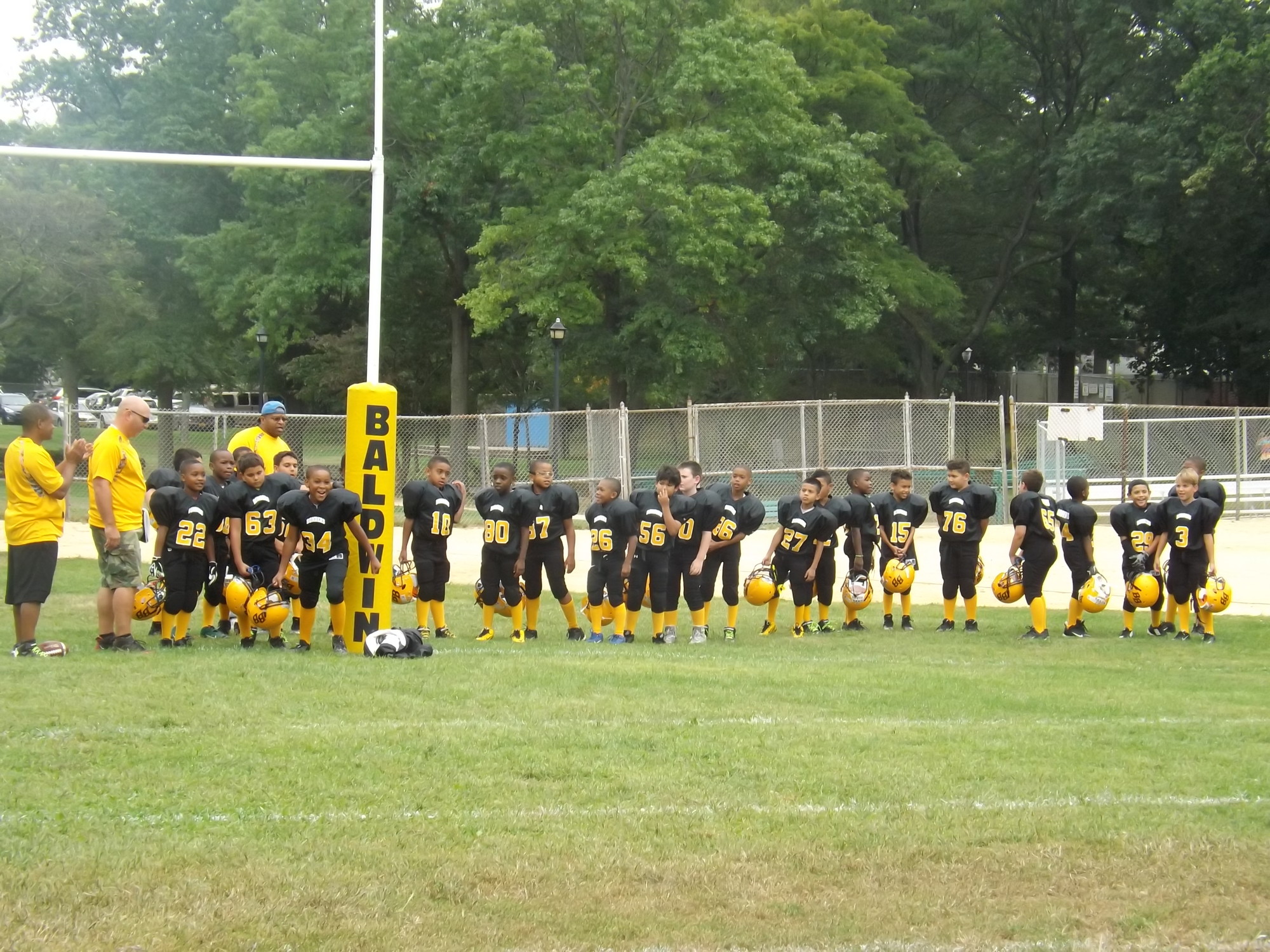 Players eagerly awaited their names to be called.
Brian Croce/Herald 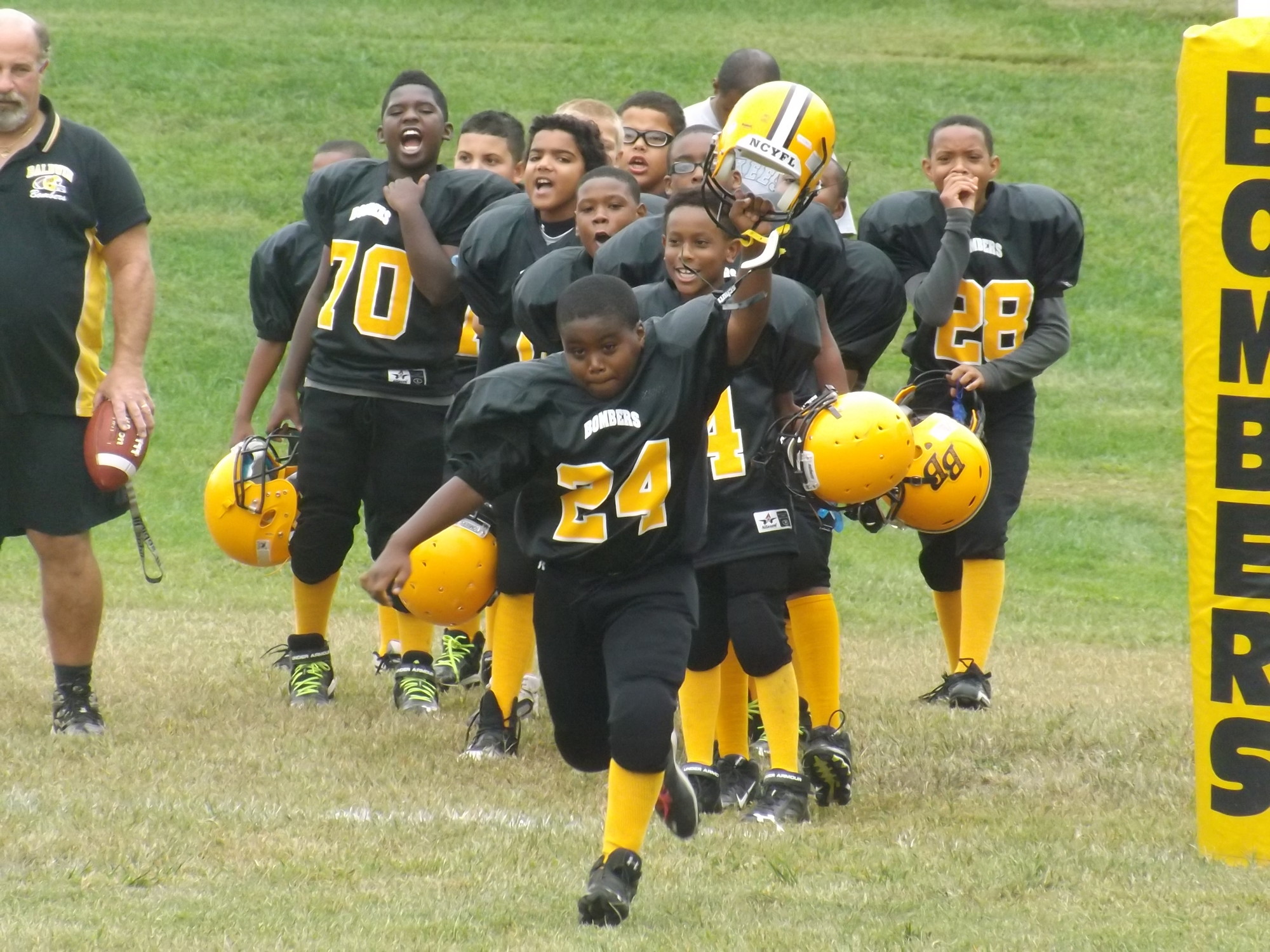 Players sprinted from the endzone to midfield, and made sure to salute the crowd along the way, when they heard their names called.
Brian Croce/Herald
By Brian Croce

The Baldwin Bombers, a youth football organization, hit the field last Sunday as its four teams played their first games of the season. But before the season could officially kick off, the Bombers hosted an opening day ceremony the day before at Coes Neck Park.

The Bombers’ four teams, which have kids as young as 6 and as old as 12, each put their pads on, took teams photos, got a short practice in and lastly, had their names announced as they ran to midfield.

Bombers’ President Rob Oliveri, who has overseen the organization for 16 years, said this year players have two new jerseys with their names on the back and, for the first time, will play their home games at Baldwin High School. Normally, the Bombers play at Coes Neck Park, but the field is scheduled to be redone.

Nearly all of the roughly 110 kids who signed up this year are from Baldwin, but the Bombers can take children from Rockville Centre and Freeport too since those communities do not have youth tackle football programs.

The Bombers play eight regular season games on Sundays, which started last week, and play other teams in the Nassau County Youth Football League. As a whole, the Bombers went 1-3 last Sunday, with its lone win coming from its 7-year-old team, 32-13 over Bellmore.