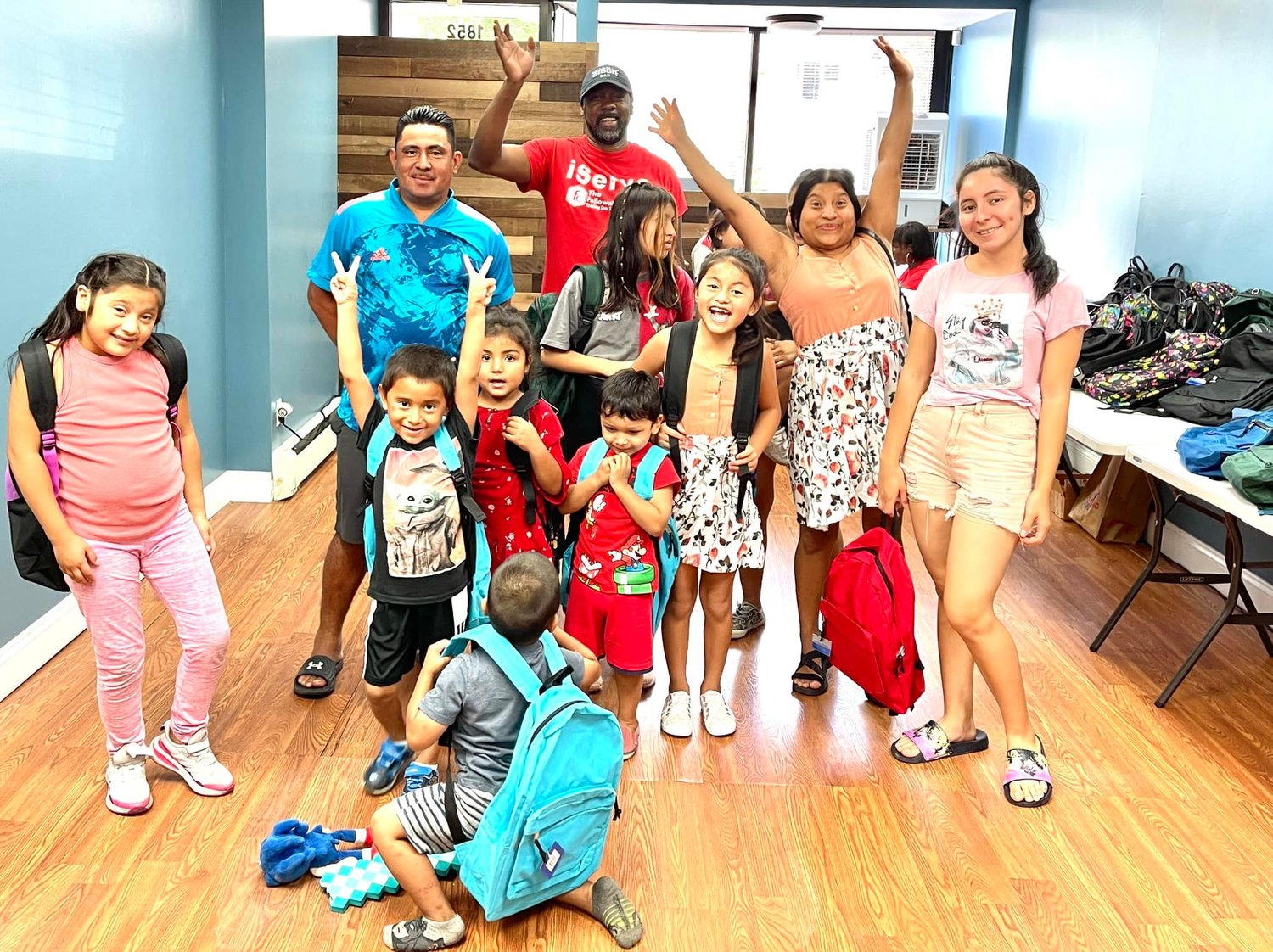 More than 100 children received backpacks and school supplies from the Fellowship Center and Assemblywoman Judy Griffin’s team at the Back to School Supplies Giveaway.
Courtesy Tobias Hall, Fellowship Center
Previous Next
By Andre Silva

Baldwin’s Fellowship Center, a nonprofit religious organization, gave away backpacks and other items to almost 100 children and their families during the center’s annual Back to School Supplies Giveaway last weekend.

The Rev. Tobias Hall, founder and senior pastor of the Fellowship Center, said that he and his staff handed out over 100 backpacks to about 75 children and their families from 11 a.m. to 5 p.m. on Saturday. “We gave some to the parents that weren’t able to bring their children that day,” Hall explained.

The backpacks were filled with school supplies, and paid for with donations. One of the biggest donations — almost a third of the backpacks — came from Assemblywoman Judy Griffin, a longtime supporter of the center.

Hall said that the center was one of the first nonprofit, faith-based organizations that Griffin partnered with when she was elected. She and members of her staff attend and contribute to many of the events the center hosts throughout the year. It gives away turkeys as Thanksgiving approaches, and during the winter holidays it organizes a community toy giveaway. Last year, Hall said, the center gave away more than 300 toys.

“Thank you to the many constituents and organizations who generously contributed, and thank you to Pastor Tobias and Treena Hall for spearheading today’s event,” Griffin said. “Wishing all a healthy and productive school year ahead!”

Griffin said she was happy to work with the Fellowship Center to provide the children of Baldwin the supplies they need to be successful in school.