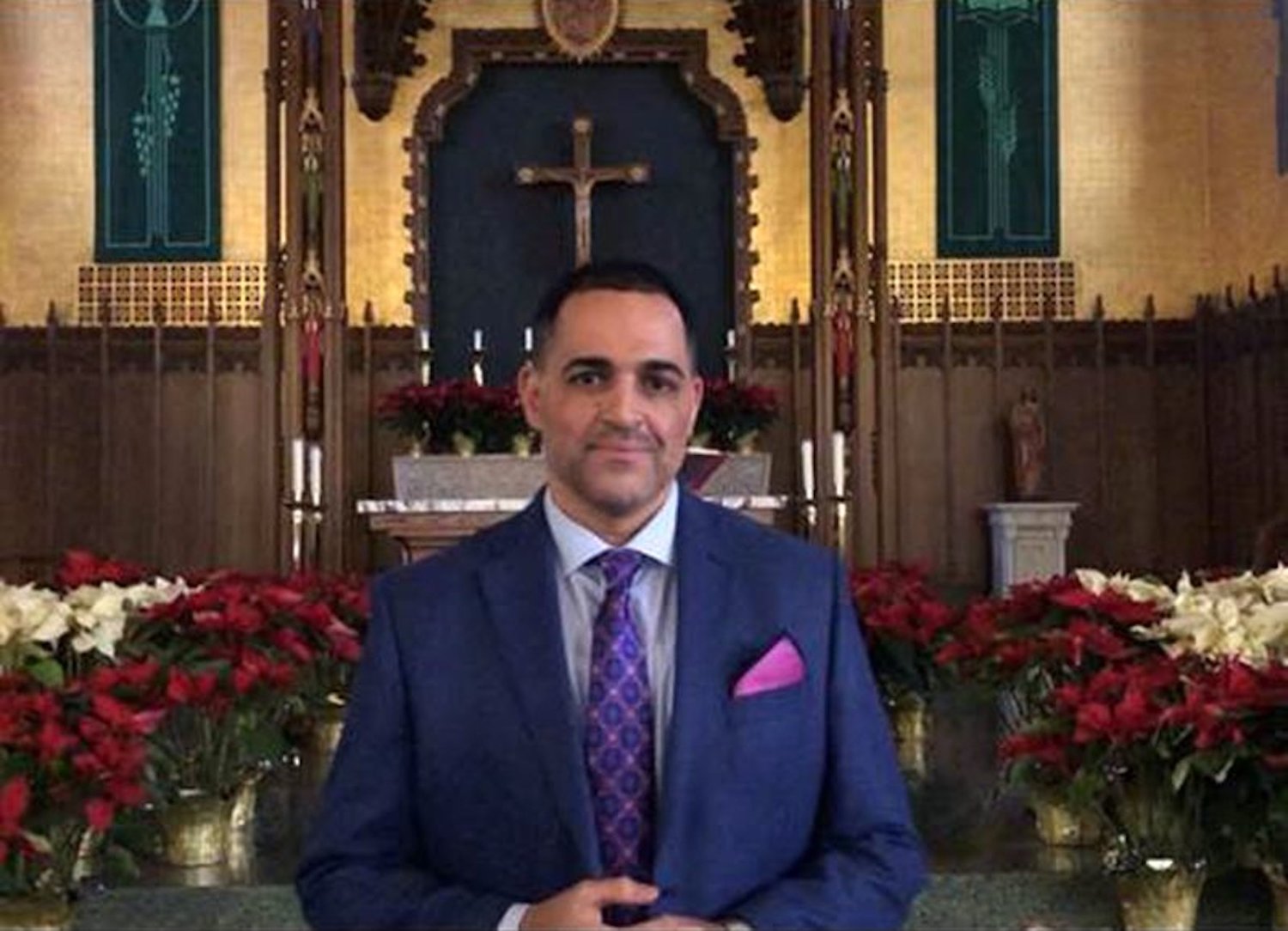 : Former Principal Timothy Gely is requesting a trial by jury and seeking compensatory and punitive damages from St. Christopher’s School in Baldwin, St. Martin De Porres Marianist School in Uniondale and the Diocese of Rockville, including attorney’s fees, for racial discrimination and retaliation.
Courtesy Timothy Gely

I am sure that any parent would want Mr. Gely to advocate for the safety of their kids.”
Parents’ petition
By Cristina Arroyo Rodriguez

The former principal of St. Christopher’s School in Baldwin, Timothy Gely, filed a civil lawsuit in Nassau County Supreme Court Jan. 6 against the school and St. Christopher’s Roman Catholic Church for “race discrimination and retaliation he suffered in response to a campaign of hatred coordinated by racist parents against him.”

Gely is requesting a trial by jury and seeking compensatory and punitive damages from St. Christopher’s, St. Martin De Porres Marianist School in Uniondale and the Diocese of Rockville, including attorney’s fees.

In June 2020, the lawsuit alleges, a Black student received several handwritten racist and threatening hate notes in her desk after returning from remote education, calling her a “slut,” “slave” and “monkey,” and telling her to “go hang yourself” and “this is why cops kill people like you.”

In response, Gely, a Spanish-speaking Latino, said he addressed the incident in each classroom, condemning racism and bullying and providing a personal anecdote in which he was racially profiled and assaulted by police when he was younger. He concluded with, “There’s nothing funny about telling someone to harm themselves.”

The school’s pastor at the time, Nicholas Zientarski, disagreed with Gely’s response to the situation, the former principal said, and sought to bring in a retired police officer to interview the victim and witnesses of the incident. Gely said doing so would be counterproductive.

According to Gely, when he raised his and parents’ concerns about Zientarski’s investigation, he abandoned it. Neither Zientarski nor any other administrator, aside from Gely, took any further steps to address the incident, according to the lawsuit.

When four white parents found out about Gely’s speech to students about the alleged racist incident, they complained that the principal “was “pushing” a political agenda onto the students and accused him of being a “bigot” for sharing “his personal experience as a man of color,” the lawsuit states.

According to Gely, these were the same white parents with whom he had previously tried to discuss their children’s offensive and bigoted conduct, including one parent who had allegedly started a Trump rally in class one day and stated, “All Spanish people belong in cages,” according to the lawsuit.

On June 3, Zientarski wrote a letter to parents apologizing for Gely’s speech, calling it “too strong” and “inappropriate.” And on June 14, Zientarski placed Gely on administrative leave, citing “mishandling of recent student issues, particularly with middle school students and parents” and “ongoing communication deficiencies with faculty, parents, students and myself,” the lawsuit states.

Gely was hired as the St. Christopher’s School principal in August 2020, making him the only person of color in the all-white upper administration. According to the parents and administration, he worked to staff the school, incorporate remote education and lead fund-raising efforts to keep the school from closing.

Gely interviewed with St. Martin De Porres Marianist School in Uniondale last March after he learned that St. Christopher’s School would close in June, and he was offered a St. Martin assistant principal’s position for the 2021-22 school year, which he accepted last April.

Gely is also suing St. Martin and the Diocese of Rockville Centre for alleged retaliation after St. Martin officials rescinded an offer of employment within a week of his administrative leave. School officials said Gely was “no longer the right candidate” owing to “his lack of candor during the interview process and the way in which he mishandled several serious incidents during his last employment.”

The assistant principal’s position had opened up after the St. Martin principal at the time had recently resigned in a public scandal for having punished an 11-year-old Black child by instructing him to “kneel the African way” to apologize to his teacher.

Parents described Gely as “caring” and a “passionate educator that cares about the children.” Reportedly, they often thanked him for being “available” to answer questions or concerns they had about changes made during remote instruction.

Parents started a Change.org petition, signed by 258 people to date, to reinstate Gely as St. Martin’s assistant principal. “As a parent, “ the petition reads, “I am sure that any parent would want Mr. Gely to advocate for the safety of their kids… Our eventual decision to enroll our kids at St. Martin De Porres School was contingent on Mr. Gely overseeing and taking care of our kids.”