Everyone has a Silver Lake, musician says 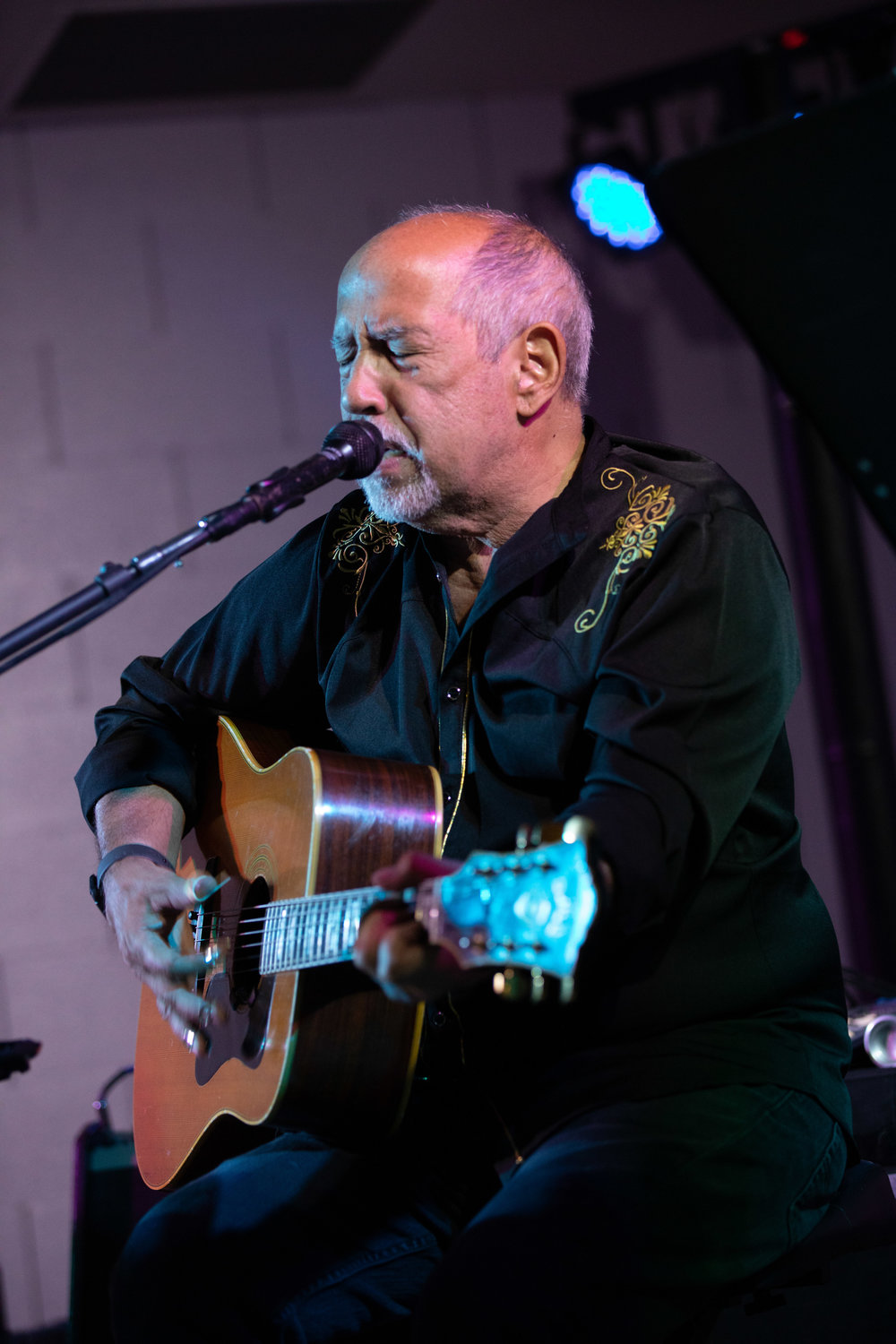 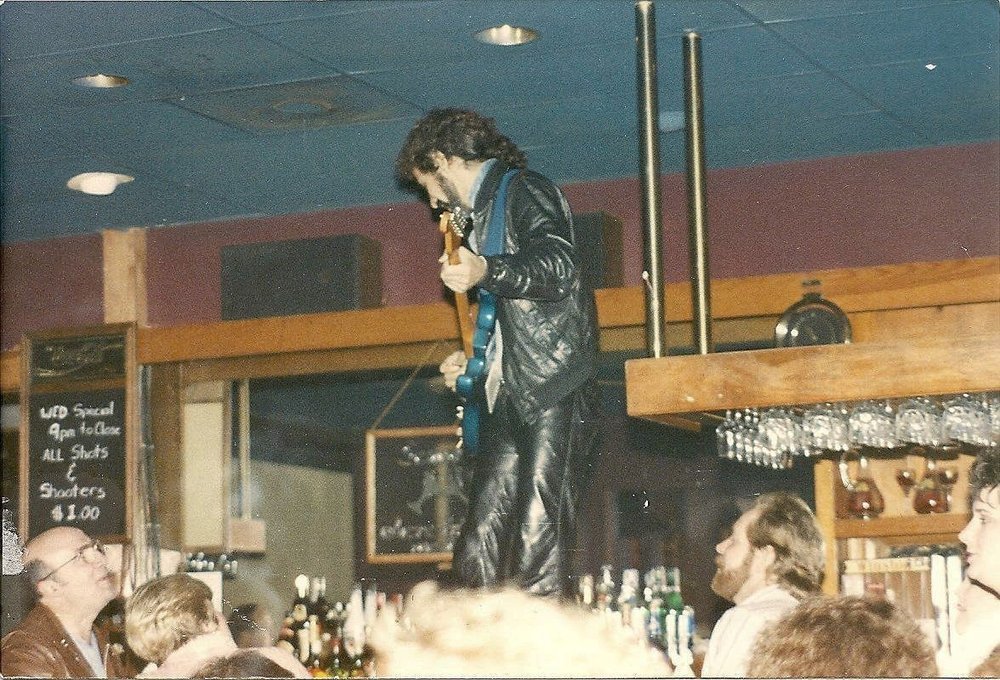 At a 1989 New Year’s Eve performance at Scandals Nightclub in Virginia Beach, Spano had a special signal for the bartender to move the glasses out of the way for his bar-top performance.
Michelle Rizzatti 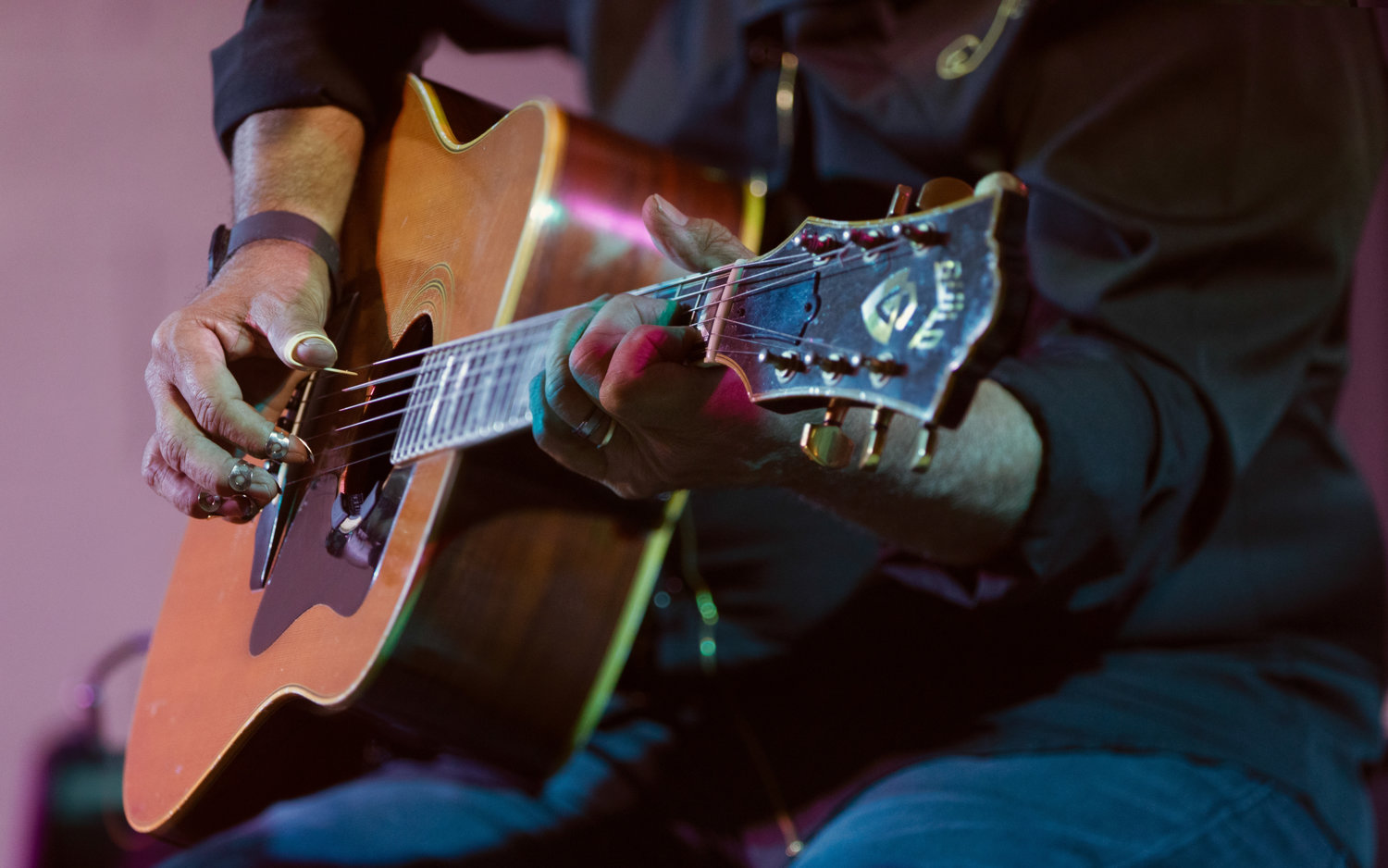 A close-up of musician Richard Spano’s fingers. He wears fingerpicks on his right hand for precision and to control tone.
SHERRY HACKNEY
Previous Next

You may have never been to Silver Lake, but I bet you’ve got a Silver Lake someplace that you could keep to you as something special, and that’s what that is.”
Richard Spano, singer-songwriter
By Karina Kovac

Richard Spano grabbed for his emergency dime to call his mother, Josephine. He was 13 and a student at St. Pius School in Uniondale, studying to be a priest, and had just been told by his teacher that he could win a trip to the Bahamas or a 12-string guitar because he got the highest marks on his biology test.

He called his mom to explain his predicament of choices, and she told him over the pay phone, “A trip to the Bahamas probably sounds nice, but you’ll always have the guitar.”

So Spano went back to class and asked for the instrument. Now, 57 years later, long into a successful career as a rock musician and songwriter, he has finished a song called, “(Down by) Silver Lake” on his yet-to-be-released second solo album, “In the Shadow of Cupid’s Arrow.” The song is an introspective homage to Baldwin, where a young Spano lived on Arlington Avenue, a time that remains among his best memories.

Although he now lives in Norfolk, Virgnia, he remembers Baldwin as the place where his choices as a youth led him to a career in music. It started out simply enough, with his admiration for the Beatles, and their talent as songwriters and musicians. With that first 12-string guitar, inspired by Beatlemania, Spano started writing music of his own.

Eventually he sold out nightclubs and the popular wine-and-cheese bars of the 1980s — “Line down the block with people spilling out the sides,” as Spano described it. He faced some resistance at first from his parents, who adopted him when he was 4 and who had more predictable professions: His father was a sheet metal worker and his mother a church administrator at St. Christopher’s in Baldwin.

But one night, his father, Diego, decided to come to see his son play at Mulcahy’s Pub and Concert Hall in Wantagh, and was astonished at the line of patrons waiting to get in and see him perform. Richard remembers the moment his dad found him afterward, and said, “All this time I’ve been telling you to get a real job, when all this time you did have a real job … I had no idea you worked so hard.”

He left Baldwin to go to college at Fordham in 1970, but came back in 1979 to do a one-year stint on Wall Street, where he made enough money — complemented by $1,000 that his mom chipped in — to make his first record, “Jack of Hearts.” Although he has spent much of his career away from his hometown, it has always been in his heart, he said.

And this year, he saw an updated photo of Silver Lake and was compelled to write a nostalgic ballad about it. The inspiration started to flow as he thought about the days he spent at the lake as a youth. “I had this idea in my head about when I was a kid, I’d go down and throw rocks in the lake,” he recalled “and I sort of got transported back to it.”

Spano attests that the idea of Silver Lake is subjective to the listener, who likely has such a place from their adolescent years that molded them into who they are today. “You may have never been to Silver Lake,” he said, “but I bet you’ve got a Silver Lake someplace that you could keep to you as something special, and that’s what that is. I always felt good when I was there, and everybody needs that; they got to have some place they can go.”

Even now, when he tells his family and friends in Virginia that he’s going home, and they say, “See you in Virginia Beach,” he’ll correct them, saying, “No I’m going back home to Baldwin.”