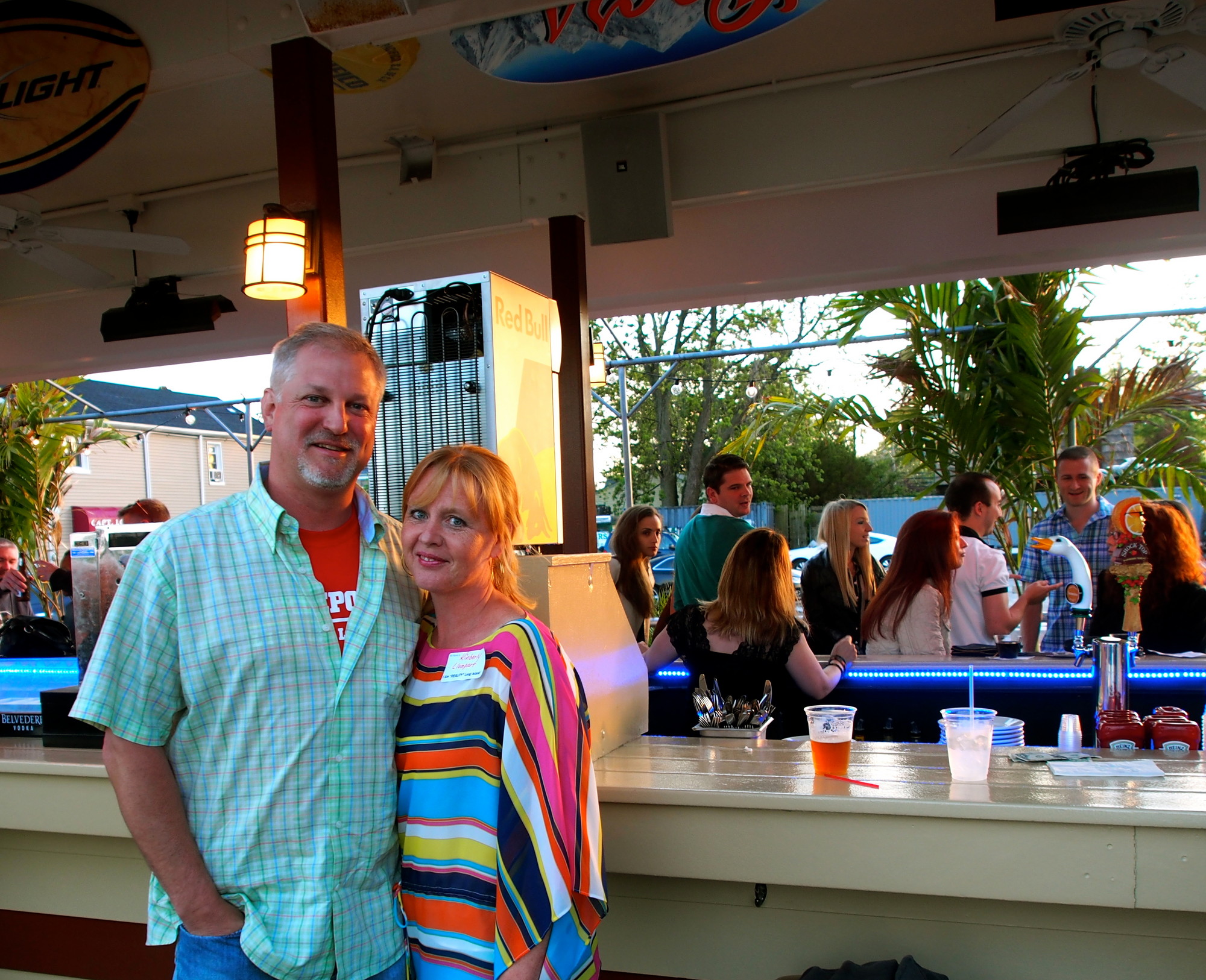 Robert Llompart was proud of his wife, Kim’s, efforts in organizing the protest at E.B. Elliot’s. “I’m very annoyed about the show,” Robert said. “And I’m proud of what Kim’s done. Kids could look up to these people. We don’t have to stand for things like this being said about us.”
Chris Connolly 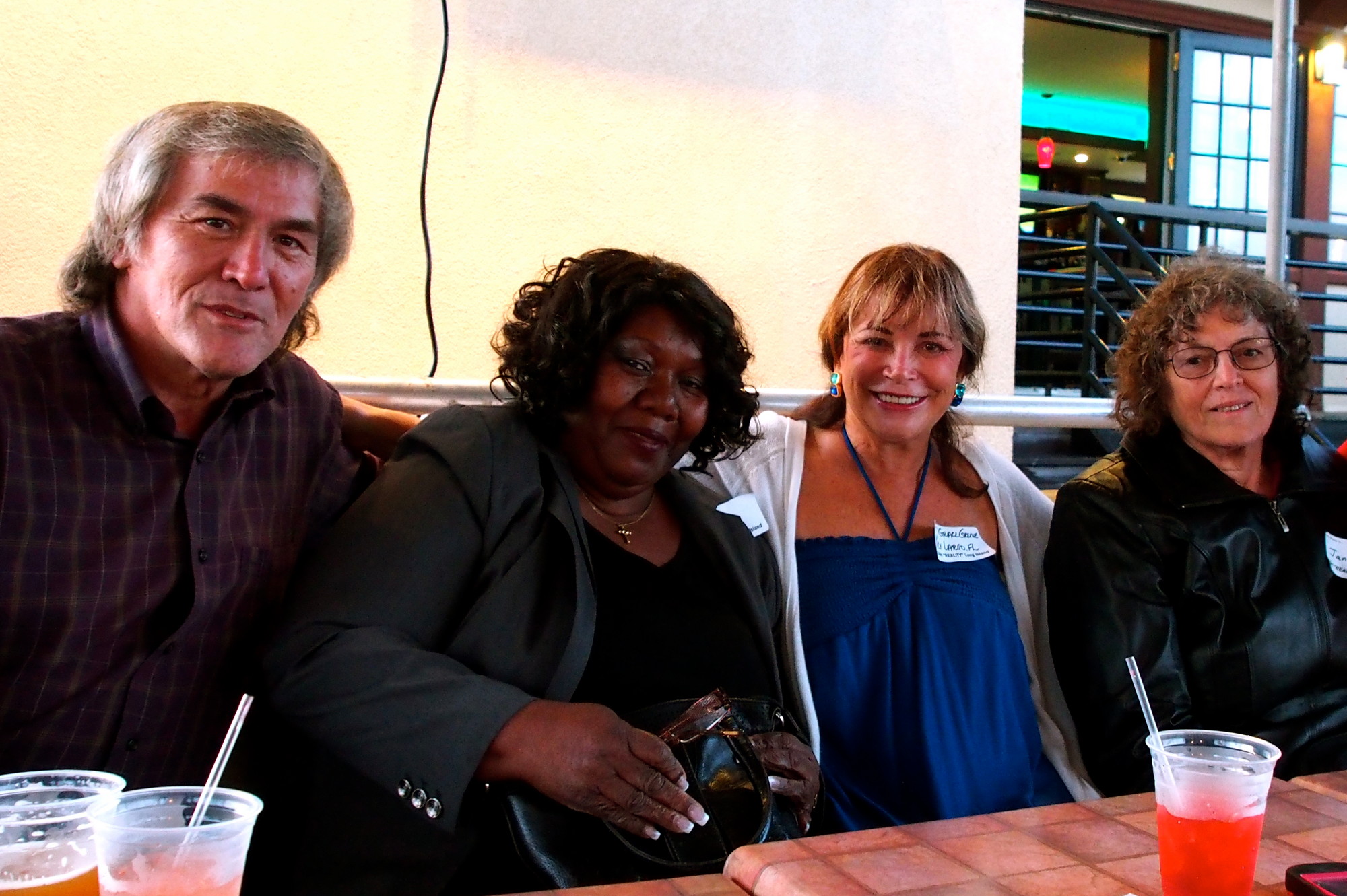 Four members of the Freeport High School class of 1969 reunited to register their disgust with the Bravo show “Princesses Long Island.” Harald Caspar, left, Anita Scott, Grace Greene and Janet Jones all said they felt that the show’s depictions of the South Shore were offensive and inappropriate.
Chris Connolly 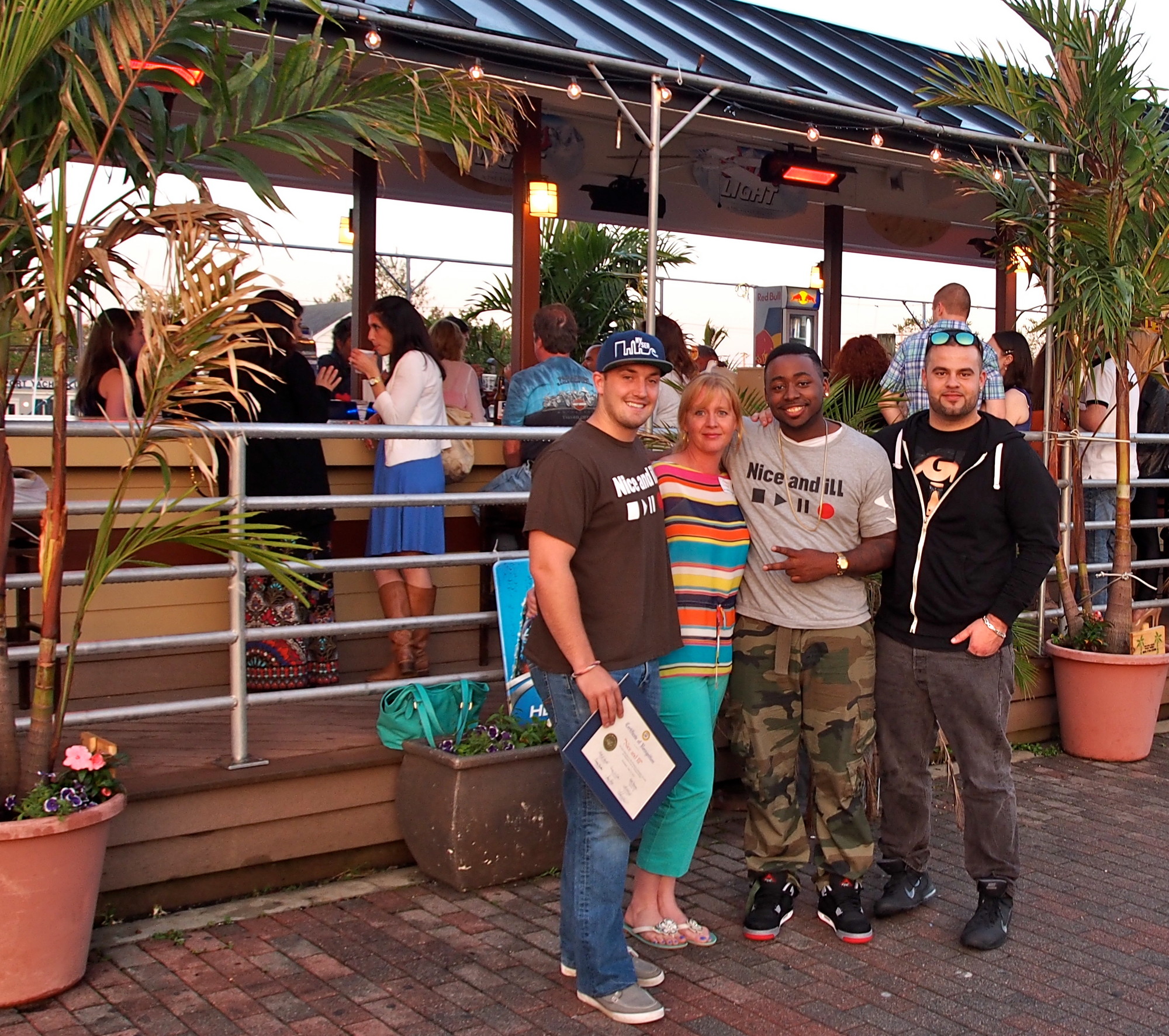 A protest at E.B. Elliot’s June 14 united many South Shore residents who say they have been offended by the Bravo show “Princesses Long Island.” Pictured are Kim Llompart, who created a Facebook page opposing the program, and the rap group Nice and Ill, which wrote a song defending their hometown.
Chris Connolly
Previous Next
By Chris Connolly

When reality television works, it presents a harmless, humorous look at a group of people willing to prostrate themselves before a national audience in exchange for fleeting fame. But many South Shore residents feel that Bravo television’s “Princesses Long Island,” which airs Sundays at 9 p.m., misses the mark to a potentially damaging degree.

The show, which focuses on the lives of a clique of wealthy, 30-ish Jewish Long Island women who still live with their parents, sparked plenty of backlash last week, in the form of blog essays, email campaigns, an organized protest and even a rap song.

Many people critical of the show assembled last Friday at E.B. Elliot’s, on Freeport’s Nautical Mile, where Debbie Pugliese, a member of the Baldwin Chamber of Commerce board of directors, presented the protesters with Town of Hempstead certificates recognizing their civic pride.

“I don’t watch reality TV,” Pugliese said, “but I did see the clip of Ashlee White and her disparaging remarks about Freeport. They were offensive and inappropriate, and I am appalled that Bravo would let this air after the devastation Freeport incurred.” Pugliese went on to congratulate the protest’s organizer, Kim Llompart, as well as Jason Yarde, Joey Jack and Chris Mills of the rap group Nice and Ill.

Scene of the crime
Although the 40 or so anti-“Princesses” protesters were annoyed at numerous aspects of the program, one scene seemed to be more offensive than the rest. Occurring 16 minutes into the show’s premiere, the scene showed White, a member of the cast, driving through what she described as the “ghetto” of Freeport and becoming so overcome that she had to stop her car and call her father, Hal, for survival advice. (Episode here.)

The scene opened with five shots of massive mansions and a sign denoting the Roslyn historic district (“37 structures built 1690-1865”). There were exterior shots of White’s car on the Meadowbrook Parkway, and exiting to Freeport. The first image of Freeport was a police vehicle with its lights flashing. The next was the water tower, lurking behind power lines.

Many things about Freeport upset White, including the presence of couches and benches outside homes and the types of fencing separating properties. Despite having at least one camera operator in the car with her — not to mention a second vehicle, which presumably shot her black BMW as it navigated the parkway — White’s distress was so great that she stopped driving through dangerous Freeport to seek some parental support.

“Oy. I’m in Freeport. It’s not what I’m used to,” said White, who earlier in the broadcast needed to be carried from a nail salon to her car because she could not walk in flat shoes. After her father advised her to lock her doors, White said of Freeport residents, “I feel really bad for them. I literally want to give everybody a hug.”