The affliction not talked about enough at all: thyroid cancer 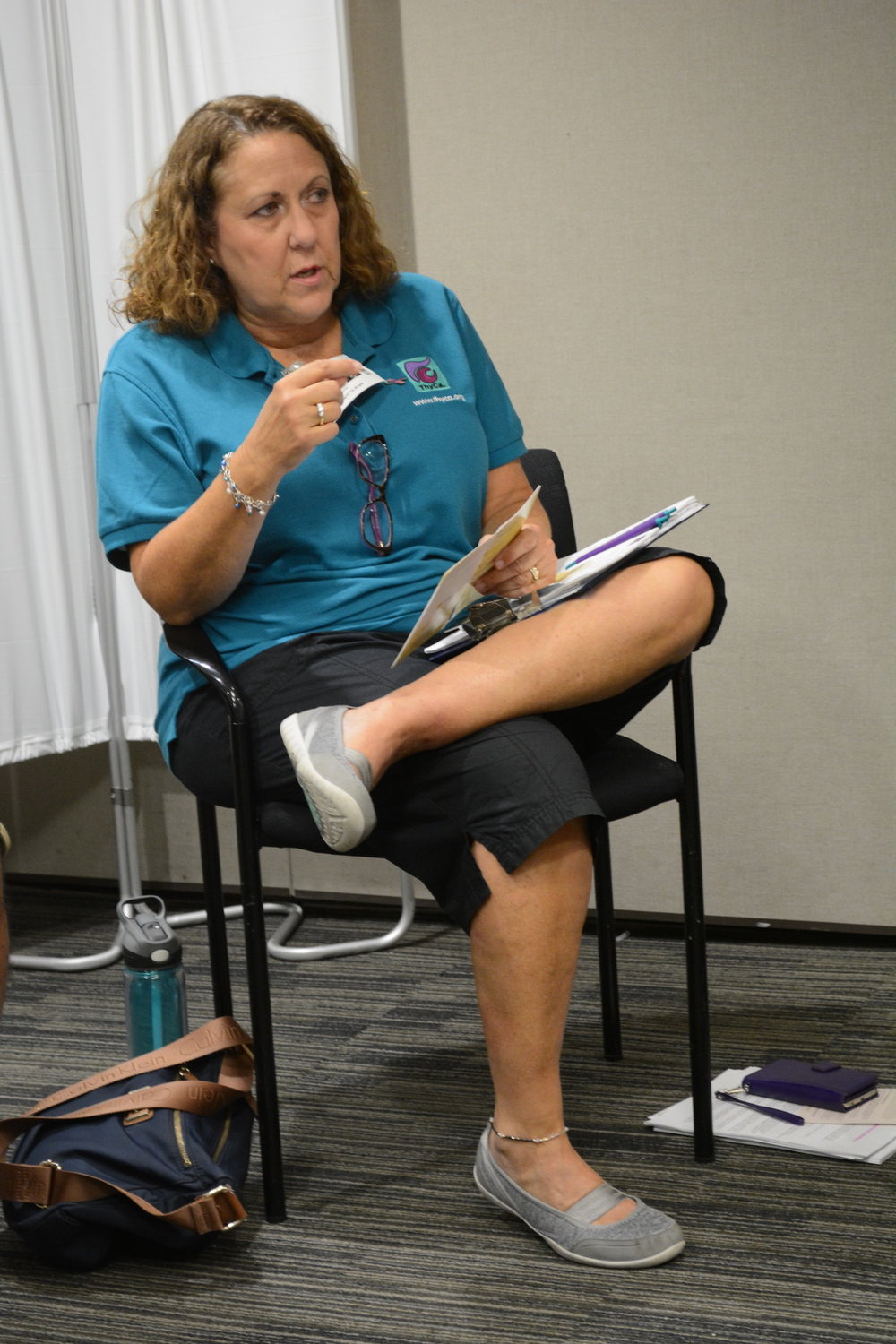 There’s really nothing like going into a room and speaking to a bunch of people who have been through what you’ve been through.”
Abby Melendez founder, ThyCa Long Island
By Andre Silva

It’s been 24 years since Abby Melendez was diagnosed with thyroid cancer. She had help when she needed it, and now the Baldwin resident is making sure others fighting this affliction have support of their own through ThyCa Long Island.

Short for the Thyroid Cancer Survivors Association — ThyCa hosted its 25th thyroid cancer awareness conference recently to promote awareness in the cancer’s designated month of September. It’s important for people to be ever vigilant about their health, said Dr. Shuchie Jaggi, and to ask medical care professionals for regular neck palpitation screenings during office visits.

An assistant professor of medicine at the Donald and Barbara Zucker School of Medicine at Hofstra/Northwell, Jaggi said people shouldn’t check themselves for thyroid cancer. Instead, it’s vital to have someone who knows what growth or palpations near or on their thyroid would feel like.

Most thyroid nodules are not cancerous, Jaggi said, and tend to lead to benign findings. There is no population-based screenings for thyroid nodules because they are so common.

“This type of cancer is very treatable,” Jaggi said. “In most cases, the prognosis is pretty good, and most patients can go about living their normal lives.”

There are a few procedures to treat thyroid cancer. The first — depending on the stage of the cancer — is a lobectomy, the removal of half the thyroid, a hemi-thyroidectomy, or like what former White House Press Secretary Sarah Sanders revealed she had done just last week, a total thyroidectomy.

If the cancer is more extensive, the next treatment is radioactive iodine treatment.

Most cases of thyroid cancer, thankfully, do not involve chemotherapy or radiation, Jaggi said.

A patient’s quality of life after these treatments tend to be very positive, Jaggi said. However, someone who has had a full thyroid removal need something called thyroxine therapy, which helps makes up for the loss of a thyroid, a key player in metabolism.

Beyond these more harsh treatments, Jaggi said, most patients would enjoy a very good quality of life.

The three-day conference was attended by physicians, endocrinologists, and other medical professionals.

Melendez was an elementary school teacher — meaning young kids gathered in what was more like an oversized petri dish— yet she couldn’t figure out why she frequently felt ill. Eventually, her doctor diagnosed her with allergy-induced asthma.

Melendez visited an allergist, but before she even had a chance to explain her symptoms, the doctor noticed one of the lobes of her thyroid was enlarged. She said was surprised because she felt no typical symptoms and was unaware of the nodule on her thyroid.

Thyroid cancer is not always easily detectable. Melendez said her results on her thyroid blood panel were normal — a common false negative in this test. This prompted her to take a diagnostic imaging scan, which allows radiologists to observe the gland’s function.

Melendez was dosed with a small amount of radioactive iodine, which the thyroid absorbs. The iodine then acts as a marker to observe the gland’s function. However, her enlarged lobe was a “cold nodule” — a gland that would not absorb the radioactive iodine, because it cannot make normal thyroid hormones.

Melendez’s enlarged lobe started to interfere with her trachea, creating difficulties swallowing and breathing. She then had an inconclusive biopsy scan, and consulted a surgeon who suggested they monitor her thyroid closely.

To curb the effects of the overgrown gland, Melendez agreed to have a partial surgery in November 1998. Two weeks later, doctors told Melendez what she feared all along: she had thyroid cancer. Within weeks, she would have a total thyroidectomy.

Melendez was hospitalized for three days following that procedure. With the removal of her thyroid gland, she needed to ingest radioactive iodine pills for treatment.

“It was given to me in a lead case,” Melendez said.

“All of the hospital staff in the room had to wear protective gear. Then they told me drink up. So, I did.”

Melendez then found out about ThyCa, which was starting support group sessions for thyroid cancer survivors like her. Eventually, she started her own support group with husband Miguel Melendez. And 21 years later, it continues to meet.

Prior to the Covid-19 pandemic, ThyCa Long Island hosted monthly meetings at North Shore University Hospital in Manhasset. They provide free informational materials like pamphlets and flyers in multiple languages.

“There’s really nothing like going into a room and speaking to a bunch of people who have been through what you’ve been through,” Melendez said.

Melendez encourages everyone to get a “neck check” this month during Thyroid Cancer Awareness Month, and see a medical professional to monitor and maintain a healthy thyroid.

And for anyone who wishes they could’ve attended ThyCa’s annual conference, they’re in luck.

Session recordings are available at ThyCaConference.vfairs.com.