The spy who lived next door 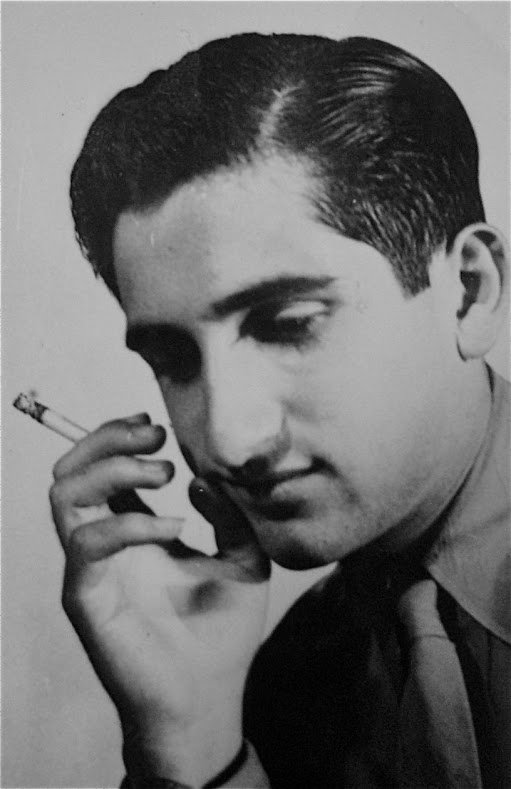 Helias Doundoulakis on March 31, 1944, the night before he left for an OSS airstrip outside Cairo. At the final moment, the planned night air-drop near Salonica was changed instead to a voyage by boat, to Greece.
Courtesy of Helias Doundoulakis 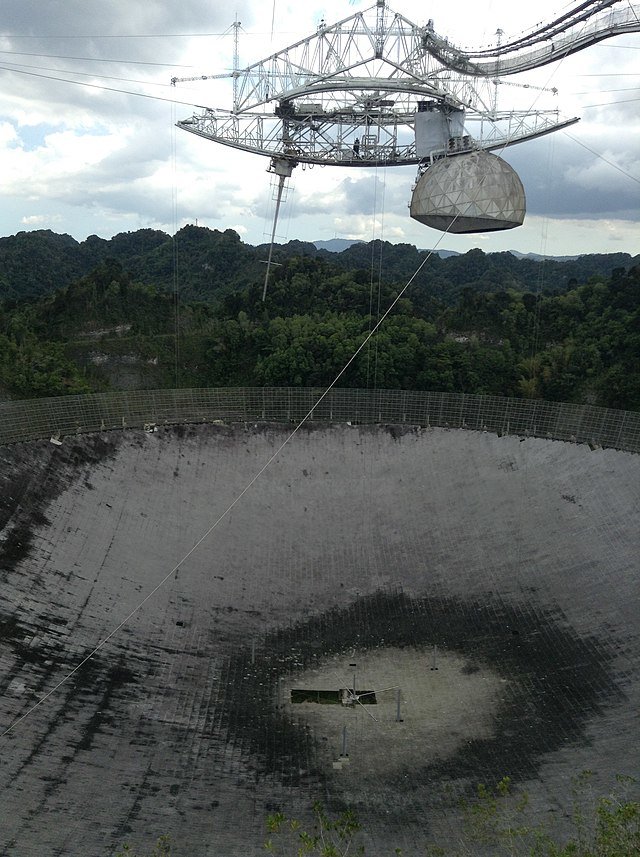 The view from the observation deck of the Arecibo radio telescope in Arecibo, Puerto Rico, on March 28, 2014.
Wikimedia Commons
Previous Next
Other books by Doundoulakis:

‘Trained to Be an OSS Spy’

Helias Doundoulakis, who lived on Ann Street in Baldwin from 1962 to 2005, led an exciting and dangerous life as a spy for the Office of Strategic Services during World War II, and later as a designer of the suspension system for the Arecibo Observatory in Puerto Rico, the largest radio telescope in the world.

Doundoulakis died on Feb. 29, 2016, and his book “The Arecibo Antenna” was published posthumously by his ghostwriter, Gabriella Gafni, near the anniversary of his death this year, on Feb. 22. The book, Doundoulakis’s fifth, tells the story of the suspension system at Puerto Rico’s National Astronomy and Ionosphere Center, known informally as Arecibo.

The book tells of the World War II veterans who helped create the massive structure, and how Helias’s brother, George, led the effort to design it and win the patent rights for, among others, then Central Intelligence Agency Director William Casey and friend Gus Michalos, inspiring generations of space scientists in the years that followed.

Xlibris, the self-publishing company that published the book, interviewed Doundoulakis before his death. “This book is not about the telescope itself or a lesson on Aristotelian debate,” he said. “Rather, it uncovers the contribution of George’s implacable devotion to science and exploration of the mysteries of the universe.

“This book is a reflection not only of George’s sublime mastery of physics, da Vinci-like cleverness, and brotherly love,” Doundoulakis added. “It is also the story of Casey’s sleuth-like intelligence, his unrestrained Odyssean resourcefulness laced with Celtic charm. It is also about Michalos’s dogged determination, Hellenic pride, and constant smile that graced our times on countless evenings.”

Asked what he wanted readers to take away from the book, Doundoulakis said, “In George’s, Bill’s and Gus’s absence, I take up the torch to articulate the truth, which they would have wholeheartedly endorsed. Before I leave the good earth over which this iconic radio telescope presides, I claim my right to speak that truth and reveal its mysteries. The failure to do so would be a negation of my efforts, and would operate as an undue restriction on my rights to freedom of speech.”

As luck would have it, Doundoulakis missed the National Science Foundation’s announcement in 2020 that the telescope would be decommissioned, followed by the collapse of its 900-ton platform on Dec. 1, which ended 57 years of scientific exploration of the stars and beyond.

Doundoulakis was a civil engineer at the Grumman Aerospace Corporation for over 30 years, working on projects including the Apollo space missions, the F-14 fighter jet as well as the space shuttle program. He was awarded a plaque by Capt. James Lovell, of the ill-fated Apollo 13 mission, in recognition of Doundoulakis’s work on the oxygen tanks of the spacecraft’s lunar module, which ultimately helped save the lives of Lovell and fellow crew members Jack Swigart and Fred Haise.

This followed Doundoulakis’s stint as a spy during World War II, when he was part of the Cretan resistance movement when Axis forces invaded the Greek island of Crete in 1941. Although he was not a native of Greece, having been born in Canton, Ohio, he felt compelled by his Greek ancestry to leave high school and travel to the islands. There he worked directly under English Intelligence.

He eventually joined the OSS, and was assigned to the Special Intelligence section. He trained for six months in the OSS’s “spy school,” Camp X, on Lake Ontario, and from March to December 1944 he was the only American spy in Salonica, Greece. There, after smuggling in a wireless radio hidden in a can of olive oil, he sent about 400 encrypted messages, while German forces were trying to triangulate and trap him.

Doundoulakis’s son, Stephen, who lived in Freeport and moved to Chicago, said he didn’t know anything about his father’s perilous escapades until his OSS file was declassified in 2007. “We didn’t know what he did as a spy,” Stephen said. “He signed a document not to disclose any of his operations, (and) the CIA ‘cleaned’ up my dad and my uncle George’s missions files.”

Doundoulakis’s wife Rita, 93, moved to Freeport in 2005 after 45 years in Baldwin, and lives there still.