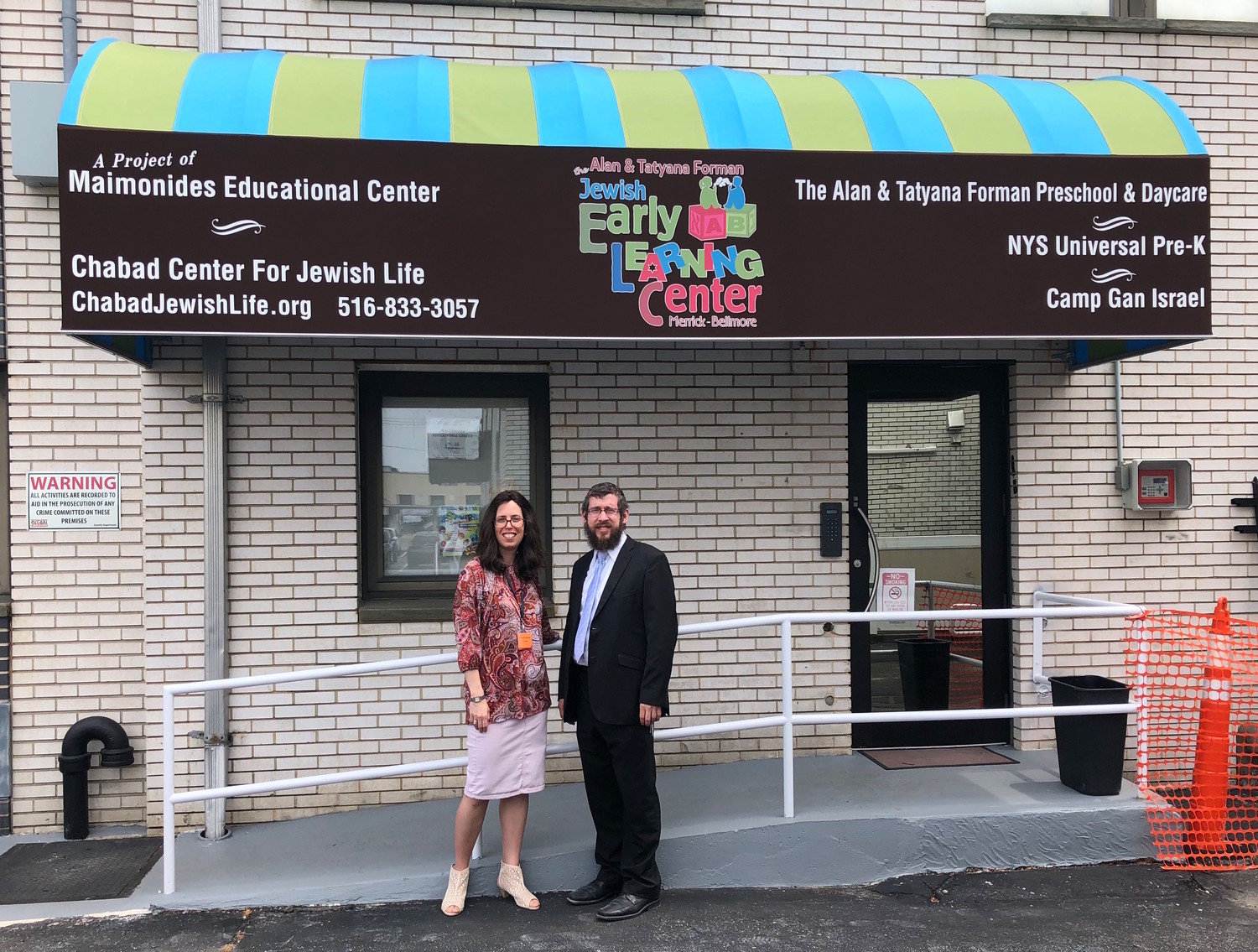 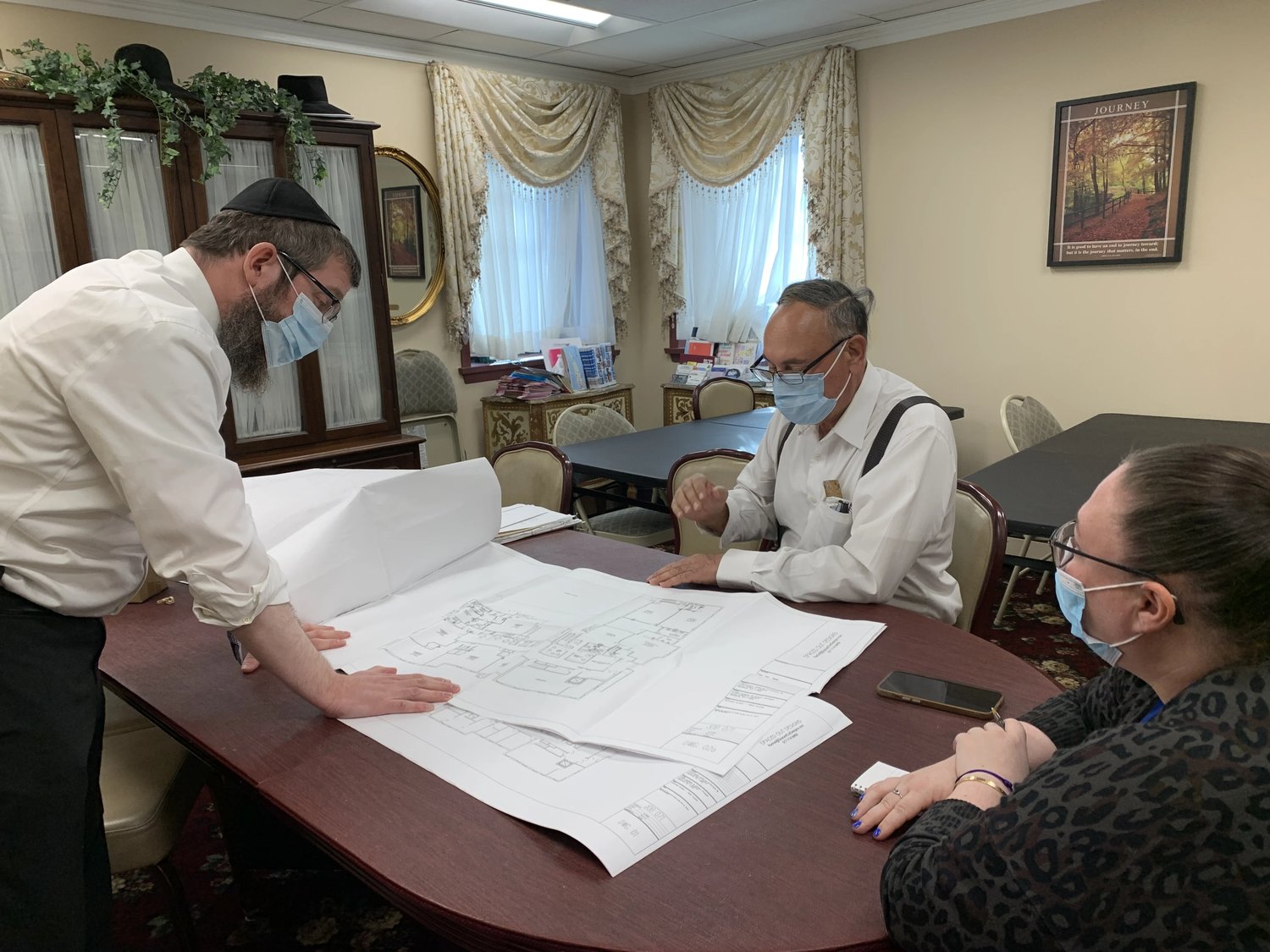 The Chabad Center has already started to meet with architects to get the building process under way.
Courtesy Chabad Center for Jewish Life
Previous Next
By Jordan Vallone

The Chabad Center for Jewish Life, also known as the Chabad of Merrick-Bellmore-Wantagh, recently raised over $500,000 in five days. The donated funds will be used to expand the chabad’s school building, which serves its Jewish Early Learning Center preschool, a Hebrew school and a summer camp.

The campaign — “Building a Dream: Investing in the Future” — went live online at www.chabadjewishlife.org, on the morning of Dec. 9. Five days later, the community had raised $518,888.

Expanding the preschool had been under discussed for a while, but because the chabad operates as a nonprofit, the funding had to be donation-based. With over 100 children on a waiting list for the school, a handful of donors approached Rabbi Shimon Kramer and his wife, Chanie, the JELC director, and offered to triple any donations received from the community.

“The directors and teachers of the preschool are all on the front lines, doing a fantastic job,” Rabbi Kramer said. “The only way we could expand was if the community could contribute and help. Some donors came forward and wanted this to be a community event.”

The names of the donors and matchers were kept confidential, out of courtesy, but Kramer added that almost every parent in the school gave something to the campaign.

Though the expansion will make it possible for roughly 100 more students to attend the preschool, the chabad’s Hebrew students will also use the added space in the afternoons during the week and on Saturday mornings. During the summer, it will be available to the summer camp.

This is not the first expansion of the preschool, Chanie Kramer explained. The program started with four children in 2008, and it operated out of the Kramers’ home.

“We’ve had many expansions,” Chanie said. “The first big step was moving it out of the house.”

“Right now we have no proper multipurpose room,” Kramer said. “It’s really important to get this done as soon as possible.”

Plans for the expansion were in the works before the fundraising campaign even began. The original goal was to raise $400,000, a total that was quickly surpassed. Chabad officials met with representatives of the Town of Hempstead and the state to make sure the expansion would be possible.

“We are re-meeting with everyone now because what was a dream is now a reality,” Rabbi Kramer said. “Architects are working on the details. The greatest challenge is with the building permits. As soon as we have the permits, we’ll be ready to roll.”

The JELC currently serves about 82 students ranging from 1½ to 4 years old. The expansion will create four new classrooms, so there will be two classes each for 2-, 3- and 4-year-olds. There will be a day care facility as well, for children as young as 6 weeks.

“Everyone wanted the expansion,” Rabbi Kramer said. “The education [children] get here lasts a lifetime. It is so important — this is really an investment in their future.”

With added classes, the center will be in need of new staff. “We are very selective of who we take — they need to have a passion for education,” Rabbi Kramer said of the hiring process. “The teachers here really make the children feel important and loved.”

Once the chabad receives the necessary permits, the Kramers said, the construction should take no longer than several months. Updates on the construction process can be found on the website, and the Jewish Early Learning Center has a site of its own, www.jewishelc.org.

“The community is amazing, and everyone chipped in,” Rabbi Kramer said. “The matchers went above and beyond — those amounts were really tough. We were so touched and thankful.”