Playground updates are coming to Newbridge Road Park, as part of a town capital improvement project. The playground, above in December, before the renovations began.
Jordan Vallone/Herald 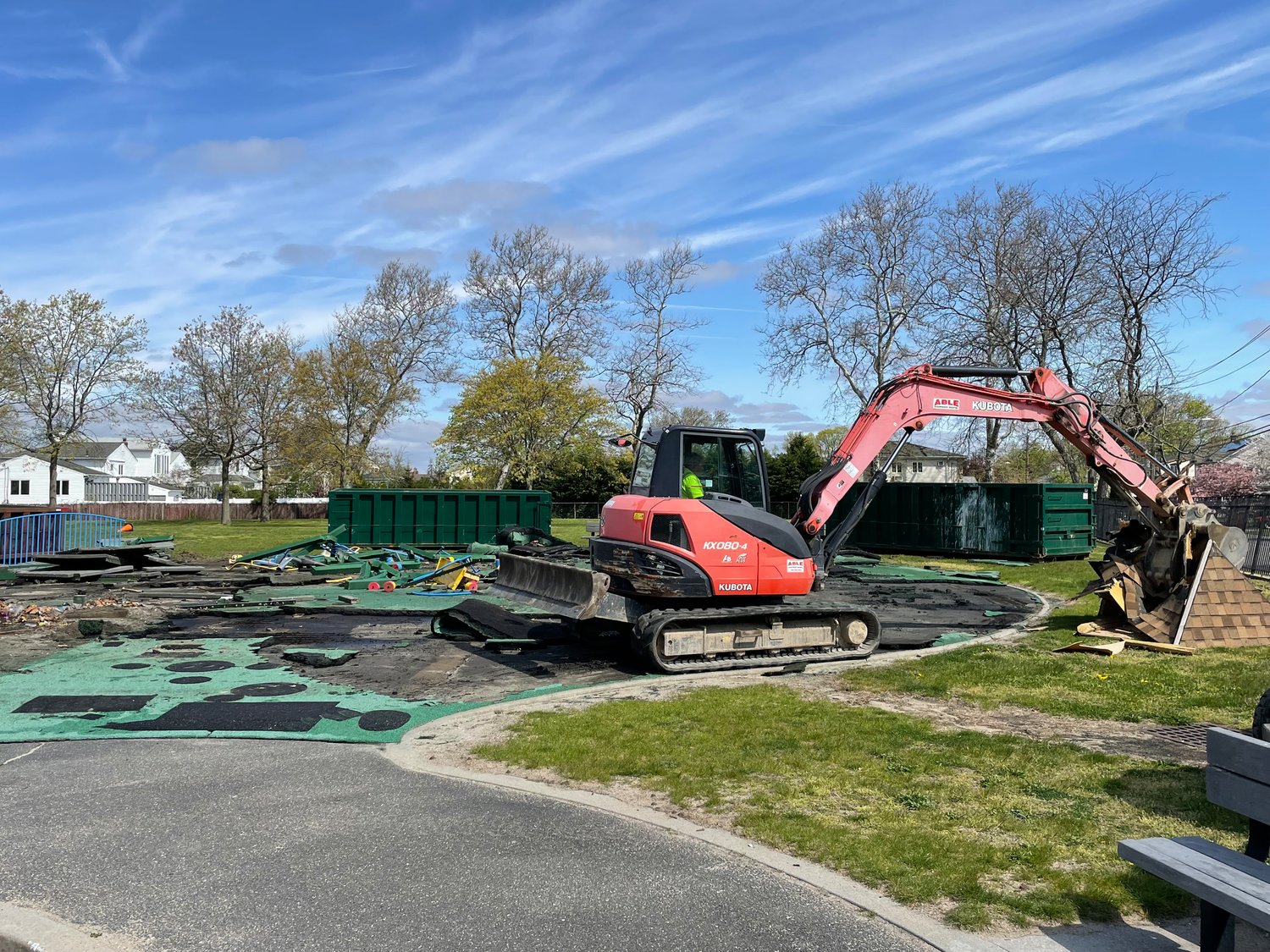 The renovations are well underway, and the estimated time of completion for the updates is the end of the month.
Courtesy Councilman Chris Carini
Previous Next
By Jordan Vallone

Renovations at the Newbridge Road Park playground by the Town of Hempstead are underway.

At the end of last year, Town Councilman Chris Carini told the Herald the upgrades at town parks were possible, due to the town’s good finances.

“It’s a big capital project,” Carini said. “We got bond upgrades, which means we are able to get bonds at a lower rate. We decided to add $10 million in upgrades to the town parks.”

In addition to the playground updates, the park is also getting a state-of-the-art splash pad.

According to a Facebook post Carini shared with the Herald, the estimated time of completion for the playground is the end of the month.

“… Looking forward to seeing the kids smiling faces,” Carini added on the post.