‘Couple of Guys’ fundraiser set for the Bellmore Movies 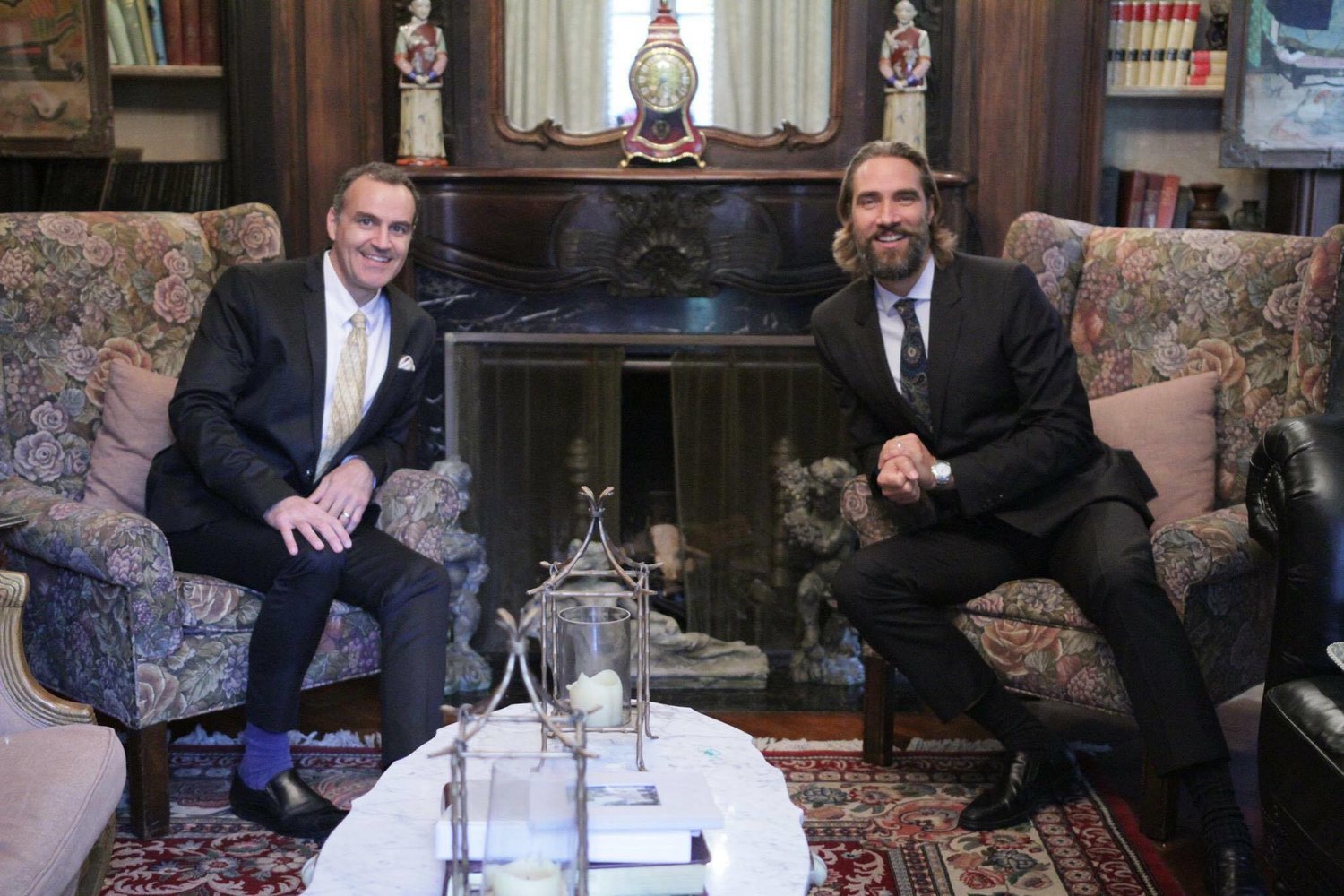 Sal Rendino, left, and Lukas Hassel on the set of the limited television series “Couple of Guys,” written, directed and produced by Debra Markowitz. The Merrick-based filmmaker is having a fundraiser this month to benefit the award-winning show, so she can produce more episodes.
Courtesy Debra Markowitz 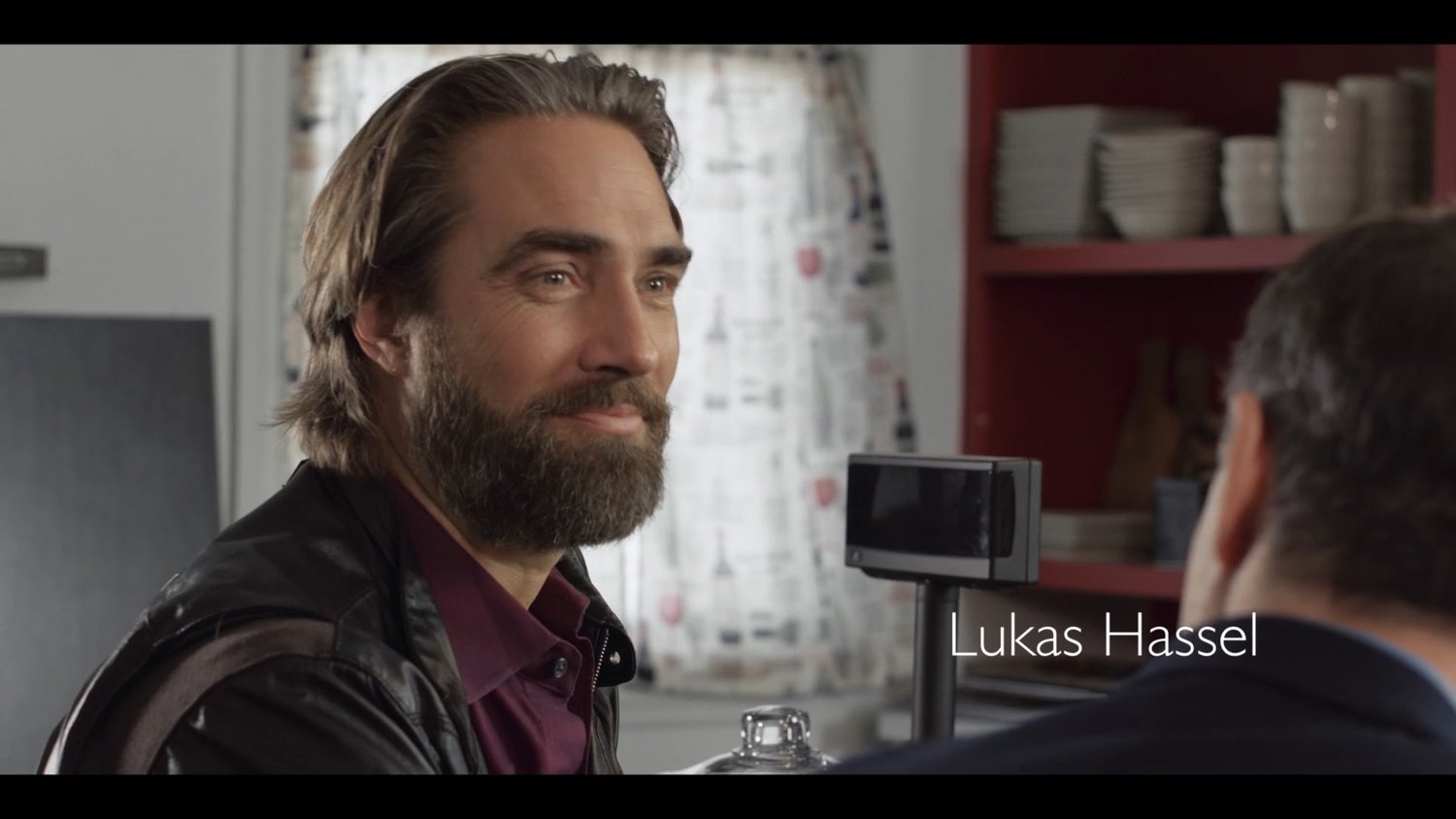 By all accounts, the series is a story of second chances, and has been well received at recent film festivals. It was named Best LGBTQIA+ Series at the Love Wins International Film Festival in Patchogue earlier this year.
Courtesy Debra Markowitz
Previous Next

There is a huge need for shows that are kind.”
Lukas Hassel, Actor, 'Couple of Guys'
Want to donate?

Markowitz has a production company with her husband, John Marean. On its site, IntentionFilmsAndMedia.com, there is a link for the show.

Donations can be accepted over mobile payment services, like CashApp and Venmo.

Tickets for the fundraiser are $20, and can be purchased ahead of time or at the door. Larger donations can also be made, and the site details how to do so.

The Bellmore Movies is at 222 Pettit Ave. in Bellmore.

For most of her life, Debra Markowitz has been committed to filmmaking.

The Merrick resident and co-creator of the Long Island International Film Expo has deep roots in the local film community. She was the Nassau County Film Commissioner for 33 years, a position she left two years ago to devote her time to filmmaking. She was recently named president of the Long Island Film and Television Foundation.

Now, her limited television series “Couple of Guys” is attracting attention from the filmmaking community, and to help ensure that the show benefits from maximum exposure, a fundraiser has been scheduled for later this month at the Bellmore Movies.

The series, Markowitz explained, started out as a short film script. She sent it to a few people whose opinions she respects, and they reached similar conclusions — it was a good script, but it was missing something that would make it stand out.

“The more I thought about it, I said, ‘I just love these characters,’” Markowitz recounted. “It really seemed (that) to be able to tell the entire story that I wanted to tell, that it really needed to be a series.”

That was three years ago, and a pandemic later, “Couple of Guys” has three episodes completed, and seven more are written and waiting to be filmed.

The series tells the story of a married man named Richard, who, at around age 50, decides that he is no longer happy. He leaves his wife, meets a young musician named John and falls in love, Markowitz said. The show details all of the conflicts and resolutions that result from each character’s decisions.

The series stars Lukas Hassel as John and Sal Rendino as Richard, among other notable actors. Hassel and Rendino are known for their roles in a variety of television shows.

The Bellmore Movies fundraiser will take place Sept. 19 at 7:30 p.m. Attendees will get to see Episode 1 and the world premiere of Episode 2. Some of the show’s other stars will also be on hand.

Hassel, who is best known for his reoccurring role as Elias Van Dyke in the NBC series “The Blacklist,” said that Markowitz is a force to be reckoned with in the film industry. Hassel is a filmmaker as well, and he met Markowitz in 2015, when one of his short films was screened at LIIFE. He consulted with her as she wrote the “Couple of Guys” script, and was instantly hooked, because he felt like the story reflected the theme of people getting second chances.

Movies or shows that depict LGBTQ+ characters often have coming-of-age plots, Hassel said. “While that has value in itself,” he added, “often you don’t see these second-chance stories.”

That theme — of finding yourself and coming out later in life — has been commended at recent festivals in which the show has been entered, Hassel said. It won Best LGBTQIA+ Series at the Love Wins International Film Festival, and Directors Choice – Best Series at the 10th Annual Austin Revolution Film Festival, among other accolades at other festivals.

“There are people around you, all the time, finding themselves later in life,” Hassel said. “It takes bravery for anyone to look inward, and it comes with age. You worry less about what other people think.

“For both people in the show, in very different ways, they get a second chance,” he went on. “There is a huge need for shows that are kind — turning on something warm is delightful. This show is just that.”

Trish Appello, one of the show’s producers, met Markowitz when she volunteered at LIIFE in 2015. Appello’s career in filmmaking began when she was 55, she said, and that was because of Markowitz.

Appello echoed Hassel is saying that the story “Couple of Guys” tells is one that is not often told. “We don’t see just a love story between two men later in life,” she said. “I say, let us treat the LGBTQ+ community — and their relationships — as we would with any other relationship.”

Markowitz, Appello said, is the show’s guiding force. “She is our leader, who is so dedicated to her work,” Appello said. “She makes us all better. I am just extremely proud to be part the show.”

Markowitz said that filmmaking is difficult and costly, but the people she works with, and the chance to be a storyteller, make it worth it. “It’s important for me to tell the stories that I feel should be told,” she said. “They’re sometimes silly — and there’s a certain nobility in comedy — but most of my stories also have a bit of a spiritual edge.