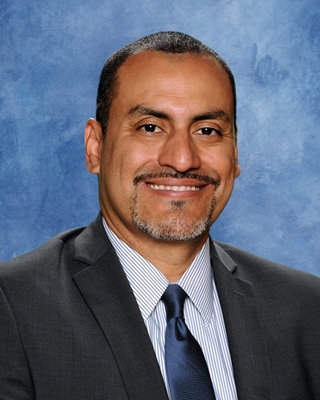 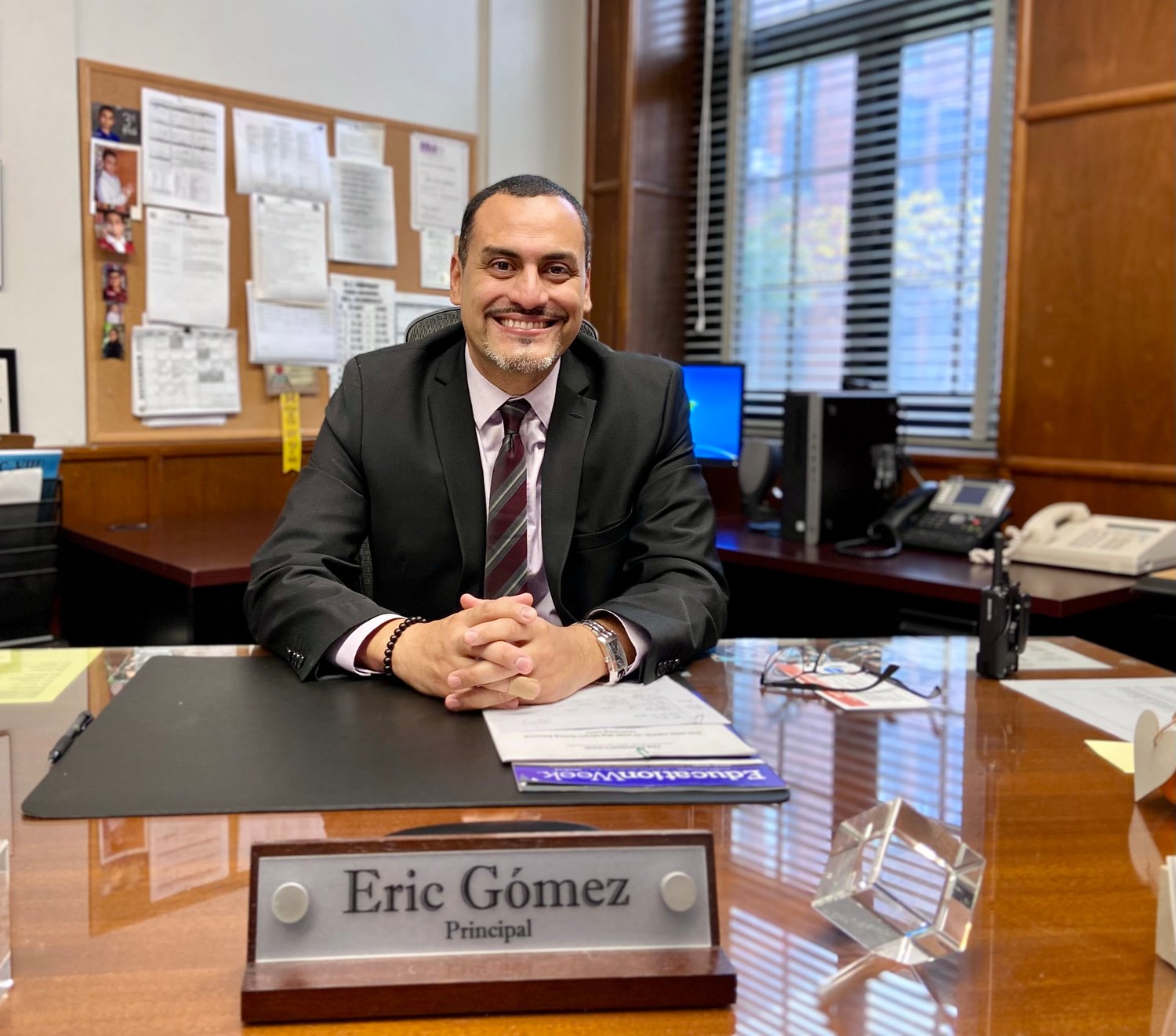 Gomez is excited about his new job as an assistant superintendent in the Bellmore-Merrick Central High School District.
Courtesy Eric Gomez
Previous Next
By Kepherd Daniel

The district Board of Education appointed Gomez at its February meeting. Anthony DeMartinis, the former assistant principal at Calhoun High School, will take Gomez’s place as principal at Mepham.

Gomez, 48, was born and raised in Queens, and after earning a degree in Management at St. John’s University and a master’s in secondary education at Hofstra, he added a master’s in educational leadership and administration from the College of St. Rose.

Gomez began his career in education 19 years ago in the New York City school system, teaching business at Queen’s Vocational and Technical High School for a year before coming to Baldwin High School to teach business for six years. In the fall of 2010 he became the assistant principal of Grand Avenue Middle School in Bellmore-Merrick, and was then the assistant principal of guidance at Calhoun for six years. He has been the principal at Mepham for the last five years.

Before his career in education, Gomez was in business and marketing for 10 years, and his interest in human resources and personnel moved him to apply for the assistant superintendent’s position.

“During my days in marketing, one of the areas that I truly enjoyed was the human resources aspect of the job,” he said. “Whenever we interviewed teachers or new assistant principals or chair people for the district, it was an area that I always enjoyed, because I felt like finding new talent and developing them. Seeing them grow through the years is very inspirational for me, as a leader and getting into that role now as the assistant superintendent will allow me to do that on a much larger scale.”

His experience in both education and business, Gomez said, will help him succeed in his new role. “Learning how to deal with people, especially adults, I think, is a skill that you have to learn immediately and develop as you become a leader in your chosen field,” he said. “I think business really allows you to communicate with people, get to know people, and manage people appropriately.

“That’s really the foundation of who I am as a leader now in school,” he went on. “A lot of the experience that I gained in the private sector has helped me tremendously in the field of education. And now in education, (some) of the biggest skills that I have established are communicating, being patient, and being more compassionate and understanding.”

Jennifer Carne, the assistant principal at Mepham, said in February that Gomez’s had made an extraordinary impact there. “Not only has he served as an influential instructional leader, but he has also provided tremendous support, particularly to his students and staff and the entire Bellmore-Merrick community,” Carne said. “His dynamic personality and positive energy will be greatly missed at Mepham.”

“Mr. Gomez has been a supportive colleague, creative leader, and mentor to many in Bellmore-Merrick,” Superintendent Michael Harrington added. “Eric is kind, generous with his time and student-centered in his planning. We have been very fortunate to have Gomez’s leadership in the district for the past 10 years.”

Gomez acknowledges that it will be strange to leave Mepham. “The things I’m going to miss the most are seeing the senior students in the hallway, and having daily conversations with teachers and parents,” he said. “It’s going to be tough. But I’m willing to learn my new role and get accustomed to what I need to do in that role, and ensure that I visit buildings repeatedly and get to know people in different buildings that I haven’t worked in.”

Gomez’s goal, he said, is to ensure that the district continues to bring great talent so that students can get the best education possible. “I want to be out and about,” he said. “I want to talk to teachers, and I want to remain informed about what’s happening from an instructional standpoint, and identify strong teachers to come to the district and then grow with our students and give our students the best education.”