Good laughs for a good cause 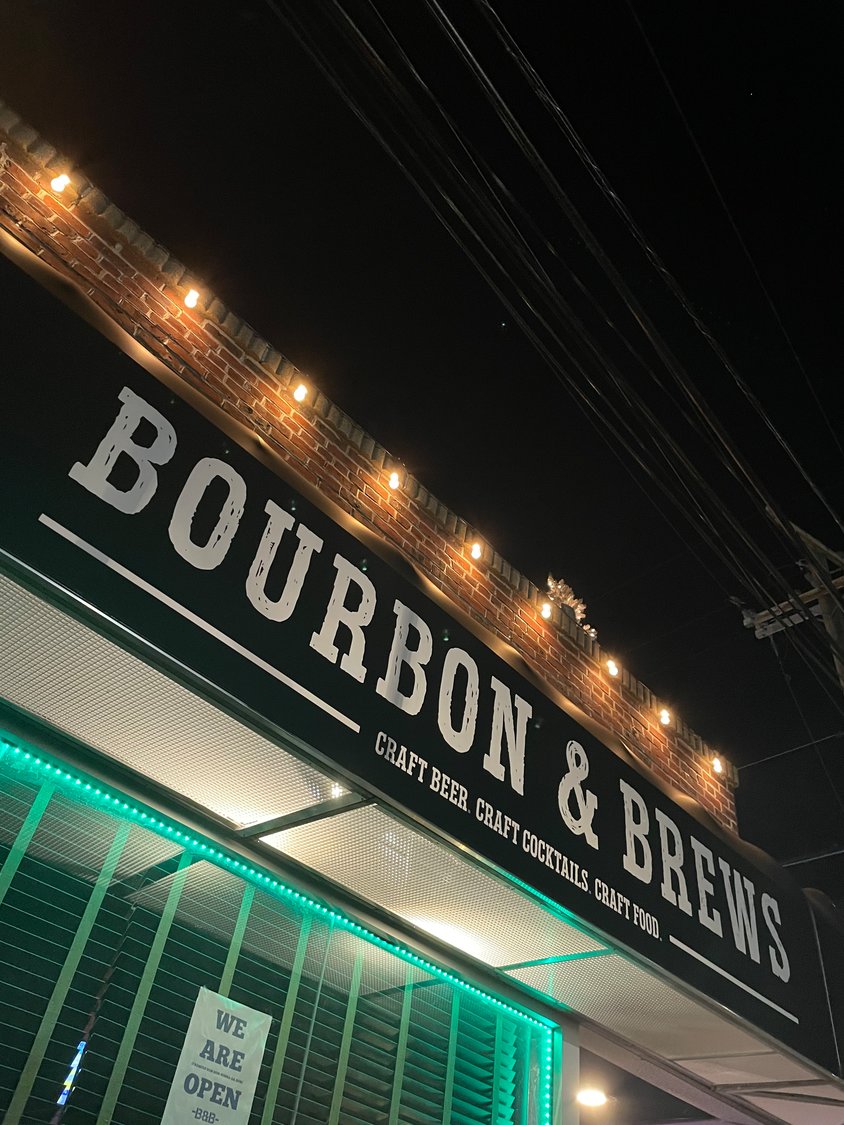 Bourbon & Brews, a craft beer and bourbon bar, will be transformed from its traditional bar setting this weekend to resemble a comedy venue for a charity comedy night.
Courtesy John Amaruso

Owner John Amaruso creates some drinks behind the bar. The money raised at the event will benefit St. Jude’s Children’s Research Hospital.
Courtesy John Amaruso
Previous Next
By Jordan Vallone

Since Bourbon & Brews, a craft beer and bourbon bar, opened in Merrick in August 2019, it has been committed to serving the community.

Owner John Amaruso, a Merrick native, opened the establishment in what was formerly a dive bar. It was actually owned by his parents for about six years during his youth, and he grew up just a few blocks away. When he acquired it, the restaurant went through extensive renovations, and he said it felt like a “full-circle story.”

Always aiming to be charitable, Amaruso, 32, said he was grateful to be in a position that allows him to give back. At the height of the coronavirus pandemic, he said, Bourbon & Brews hosted Fundraiser Saturdays, when 20 percent of the proceeds went to one organization or another, whether it was the Merrick Chamber of Commerce or the North Merrick Fire Department, among others.

Preparing for the big night, Amaruso said that he and staff are really trying to make Bourbon & Brews feel like a comedy club. “We’re transforming the entire dining room — it’s going to look like a real comedy venue,” he said. “We’re getting rid of the bar seating and having all the seats face the stage.”

Tickets will cost $15, which includes a free drink and a donation. 50 percent of the ticket proceeds will go to St. Jude’s. If the night goes especially well, Amaruso said, Bourbon & Brews may end up matching the ticket sales as an additional donation.

The event will feature performances by Travis Grant, Nick Tilleli, and Adam Parsons, three Long Island comedians. Each will perform a 20-minute set, and they will be followed by an open mic for anyone in the audience.

Parsons, 36, told the Herald that he’s been doing standup for just over 10 years. His career gained momentum in 2012, he said, and he’s been booking his own shows for about nine years now.

Parsons, who lives in Copiague, is also a bartender at Bourbon & Brews. The event is raising money for St. Jude’s, he said, because his 3-year-old son, Dallas, has a brain tumor and is a patient at the hospital.

“That’s why we’re doing the St. Jude’s thing,” he said. “It’s going to a hospital that pretty much saved his life.

“We’re looking forward to a lot of the restaurant regulars coming down,” Parsons added, “and to make people laugh and have a good time with it.”

Grant, a comedian for the past eight and a half years, has known Amaruso since they were kids, he said. They grew up together in Merrick. “I always wanted to do comedy and acting,” Grant said, “but I felt like I didn’t have enough to relate to actual adults.”

Now 31, he finished college, started taking comedy classes, and now books shows regionally and across the country. He said he was really looking forward to performing where he grew up.

“There’s just a lot of people who’ve wanted to see me since I’ve started,” he explained. “This is in their backyard, and I’m really looking forward to it.”

Tilleli, 28, is originally from Farmingdale but now lives in Brooklyn. Grant, a friend of his, introduced him to Amaruso. A comedian for seven years, he’s won a few competitions, including the Great Long Island Laugh Off, and said he previously worked in the radio and television industry.

Though he now does shows all over, Tilleli said it’s always a pleasure to be back on Long Island. “The people that come out — they’re pretty open,” he said. “I’m from Long Island, and they know how to enjoy themselves. It’s always a fun time, and I love doing comedy there.”

Having worked with Grant in the past, he said he’s looking forward to doing so again. “I know it’s going to be a great time,” he added.

More on the show

Tickets can be reserved ahead of time by calling (516) 544-4797, or by messaging Bourbon & Brews on Instagram with a first and last name, the number of tickets wanted, and a phone number. The account is @Bourbon_And_Brews.

Amaruso intends to keep doing charity work. “I think it’s important for anyone who’s in the position to give back to do so,” he said. “I owe it to the staff and the people around me — and I’m happy to see the hospitality industry is coming back.”

Bourbon & Brews is at 361 Merrick Ave. in Merrick.