‘Great Give Back’ returns to Bellmore-Merrick

Libraries give back to community 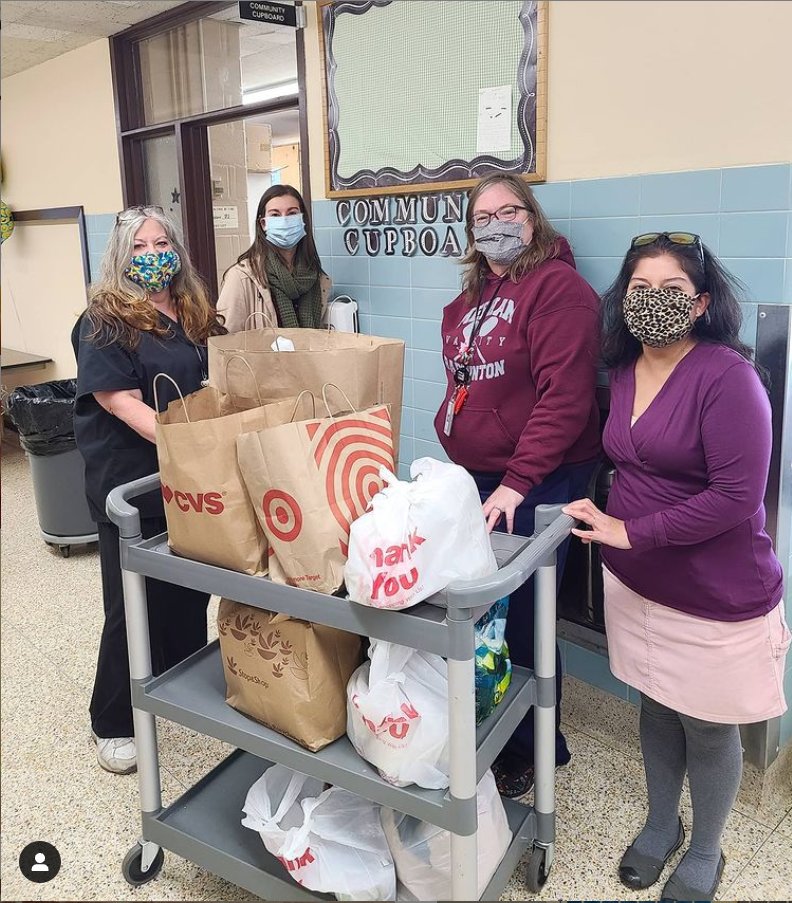 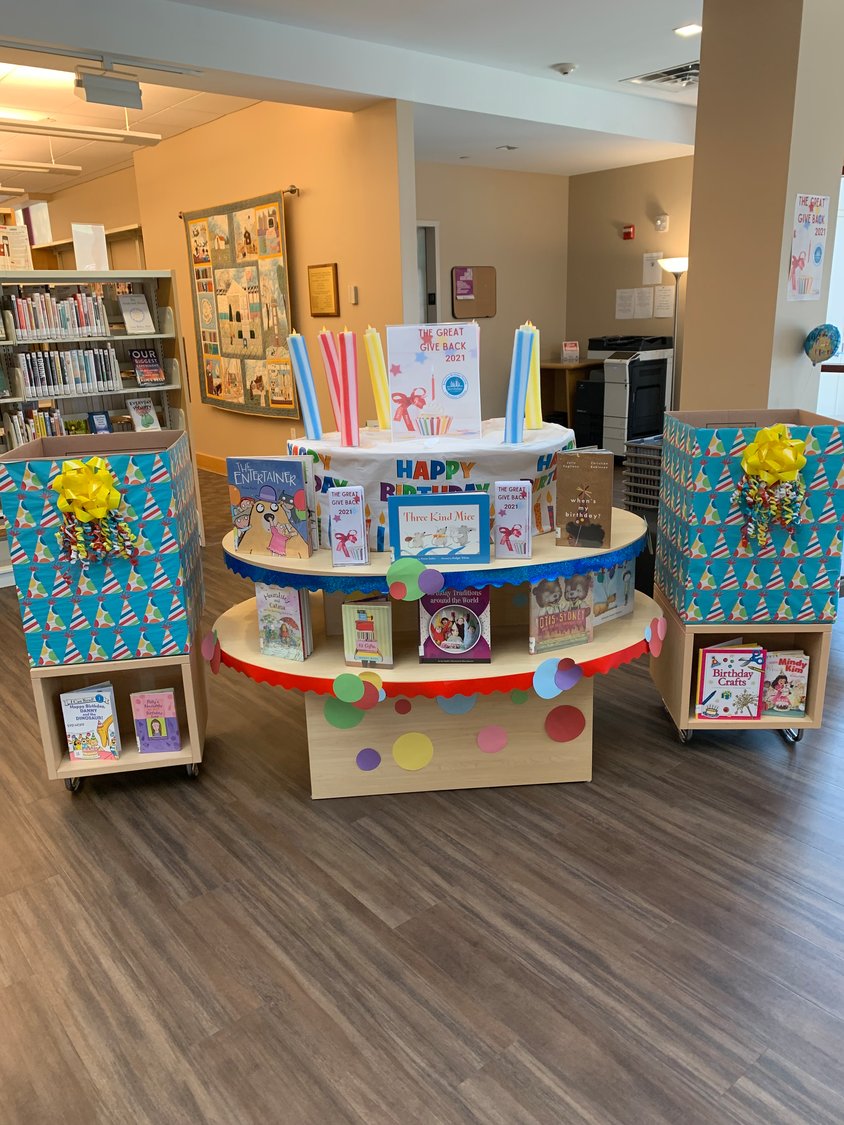 Toys and birthday party supplies for Birthday Wishes can be donated at the Merrick Library, where a birthday cake display is set up with bins for collections.
Photo courtesy Angela Capone 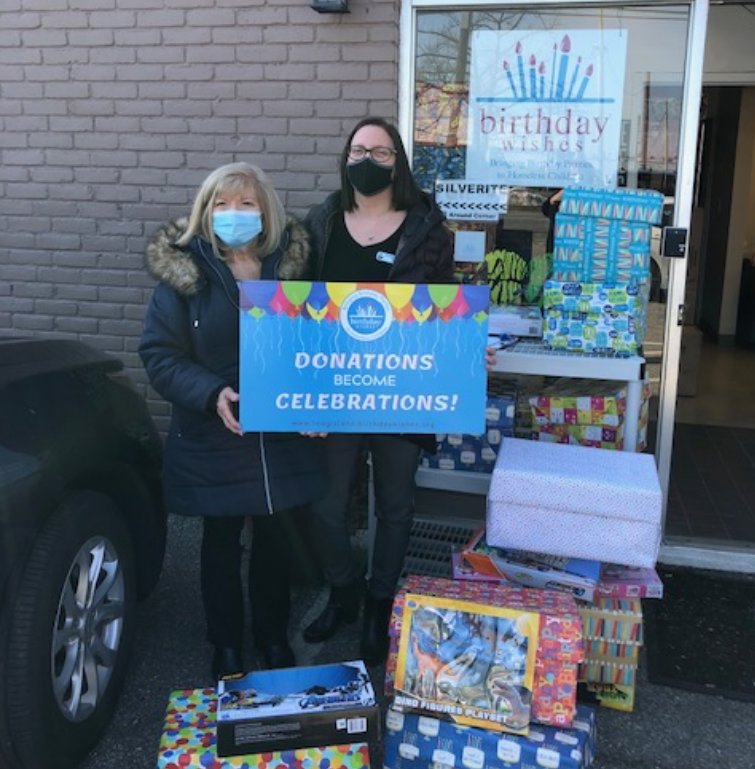 This is something we look forward to doing every year.”
Pamela Pagones, Bellmore Memorial Library
By Jordan Vallone

Bellmore’s and Merrick’s libraries will once again take part in the Great Give Back, a community event celebrating public service. Spearheaded by the Suffolk County Public Library Directors Association in 2017, the initiative expanded to Nassau County libraries in 2018.

“The purpose of the Great Give Back is to provide a day of opportunity for patrons of public libraries in New York state to participate in meaningful service-oriented experiences,” North Bellmore Public Library Director Jessica Tymecki explained.

This year, the Great Give Back is on Saturday, although several libraries have created service-oriented initiatives and programs that often span weeks, or even the entire month of October.

“We love the Great Give Back — we’re really excited,” Pamela Pagones, the head of the children’s department at the Bellmore Memorial Library, said. “This is something we look forward to doing every year.” In past years, the library’s programs have included pet food and toy drives, as well as food drives for local pantries or charities.

“The past couple of years, we’ve done food drives,” Pagones said. Even though the Great Give Back is usually only one day, she added, “We said, ‘Let’s dedicate a whole month to this and get as much food as we can.’”

The food from this year’s drive will be donated to the Bellmore-Merrick Central High School District’s Community Cupboard, and will feed about 50 local families.

“It’s student-run — nice and local,” Pagones said of the Cupboard. “We know it’s going to the people who need it.” This was the library’s second year working with the Cupboard.

The drive is accepting non-perishable food items, as well as other things the pantry may need. “The Cupboard will write [on social media or online] things they need,” Pagones said, such as paper towels or toilet paper. “We’ll take those donations, too. There’s a QR code on the [collection] table for people to directly find what else the Cupboard needs.”

The table where people can leave donations is in between the children’s department and the circulation desk. The drive started on Oct. 1, and will last the entire month.

In addition, on Saturday, the Bellmore Memorial Library will host a holiday card-writing activity, and the cards will be donated to the Cupboard along with the food. Card writers are encouraged to also bring a food or supply donation for the drive.

In the past, Pagones said, “We’ve given a lot of food to the Cupboard. They’ve been very happy with our contribution.”

Residents can also bring food donations to the North Bellmore library, which are to be given to Long Island Harvest. “They’re so organized, and we know it stays local,” Tymecki said. “They’re the best to work with — we’re already collecting food.”

The library will collect donations through the end of the month. Food can be dropped off at the front entrance, where bins are already filling up, according to Tymecki.

“We’ve teamed up with a lot of different charities throughout the years,” Tymecki said of the library’s participation in the Great Give Back. “Public libraries serve as a perfect spot for our patrons to stop and drop [donations], and we’ve coordinated with a lot of local charities to make it happen.”

In addition to the food drive, this year the North Bellmore library will have an activity on Saturday for veterans’ organizations. “This year we’re painting wooden flags and making cards for veterans,” Tymecki said. “All are welcome to participate.”

That activity will take place from noon to 3 p.m., and teens can also receive community service hours for participating in or helping out with the program.

“We’ve had great success and wonderful participation,” Tymecki said of the Great Give Back. “North Bellmore is very generous. One year, during a coat drive, we had to empty the bins every day. We tend to do a lot of charity throughout the year, and North Bellmore [library patrons] always participate.”

Sticking with the theme of month-long drives, the Merrick Library is collecting toys and birthday party supplies for an organization called Birthday Wishes, according to Angela Capone, the library’s adult program director. Birthday Wishes serves homeless children and their families in Nassau and Suffolk counties by providing the party supplies.

“We put [the donations] in big boxes,” Capone said, “and they deliver them to 85 homeless shelters.”

Along with the drive, there has been additional programming for teens and children, such as a Take and Make birthday frame activity, in which participants were encouraged to bring a toy or supply donation.

“Everyone in the community can donate — whether it’s their time or an item,” Capone added.

The Merrick Library has taken part in the Great Give Back in the past, and this is its second year working with Birthday Wishes. Donations can be left in the lobby, where there is a large birthday cake display with bins, according to Capone. Donations of new, unused and unopened toys and supplies will be accepted through Oct. 31.

North Merrick residents can also visit the North Merrick Library on Saturday for the Great Give Back: Pick a Pumpkin, Pack a Pantry program. Participating households can donate non-perishable food items to be given to a local pantry in exchange for a pumpkin from the library’s pumpkin patch.

For additional information on the Great Give Back in the Bellmore-Merrick area, interested patrons can visit thegreatgiveback.org, or contact their affiliated library to learn more about the initiative and any local programming.