No. Bellmore man suffering from hallucinations kills wife, self 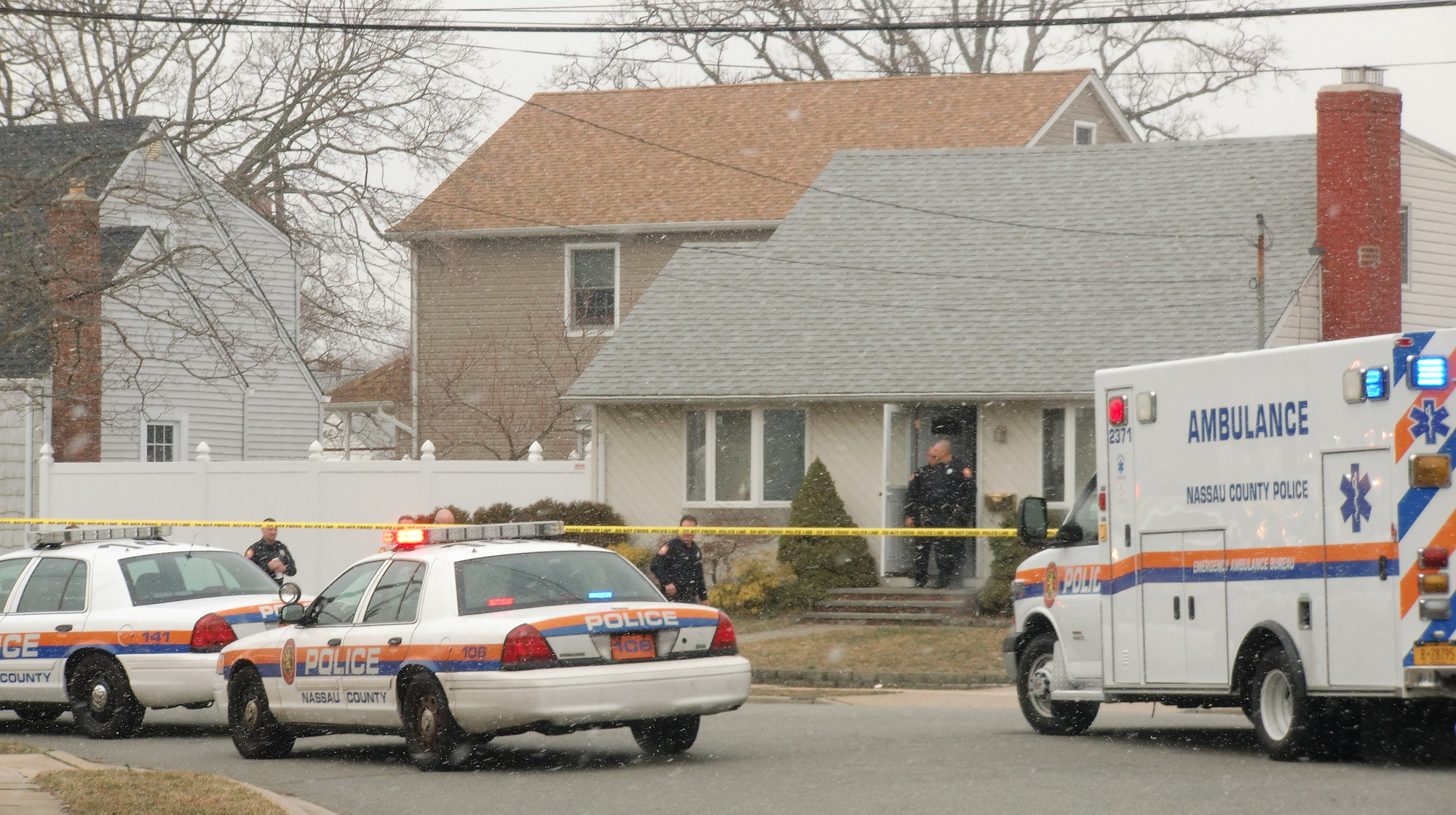 Police said that a man found his mother and father dead in a home on Leonard Street in North Bellmore on March 21.
Courtesy John Scalesi
By Julie Mansmann

A North Bellmore man who was suffering from hallucinations shot his wife before killing himself last week, Nassau County police said.

Felice Stanco, 60, killed his wife, Carolina, 61, before shooting himself in their home on Leonard Street, according to Detective Lt. John Azzata, commanding officer of the department’s Homicide Squad. Azzata said that prior to the incident, Felice Stanco had been hallucinating, and also began taking antidepressant medication.

Authorities received a call at approximately 12:40 p.m. on March 21 from a 33-year-old man who reported that he had discovered his mother’s and father’s bodies in a bedroom in their North Bellmore home. The Stancos each had at least one gunshot wound, police said.

Officials believe that Felice Stanco had been prescribed antidepressants within the past two months, Azzata explained. He said that the man might have been taking Abilify, which is used to treat schizophrenia, bipolar disorder and depression, although toxicology reports will not be released for weeks.

Azzata said that officials do not know whether Felice Stanco’s delusions began before or after he began taking antidepressants. But Azzata confirmed that Stanco was hallucinating prior to the murder-suicide.

“He thought he was being followed,” Azzata said.

The couple was last seen alive at about 8:30 p.m. on March 20, officials said. Their son, whose name has not been released, went to check on them the following day because neither his mother nor his father reported to work that day. Felice worked at a Jeep dealership, and Carolina was an insurance case manager.

Azzata said that police had no record of domestic disputes involving the couple and their two adult children.