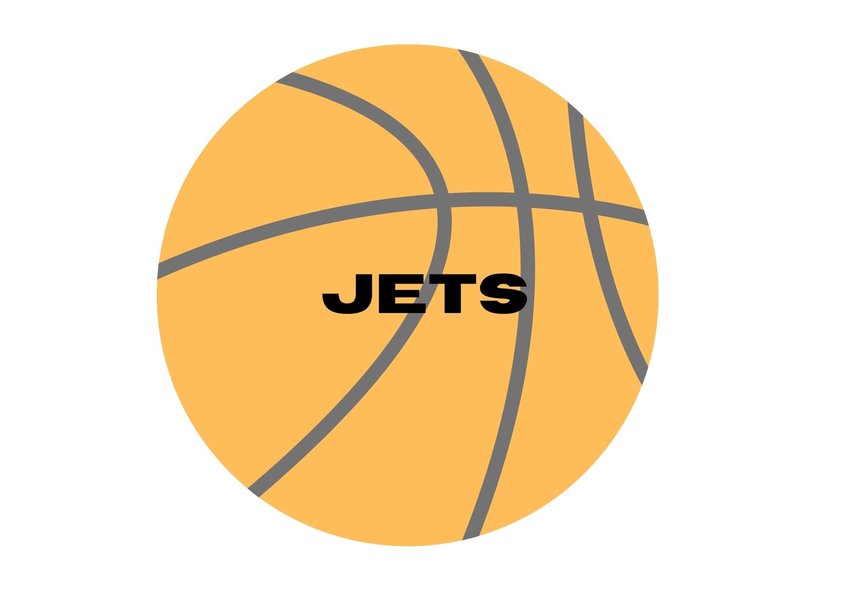 The Jets start the season in rally mode after a raft of offseason departures – having hustled to rebuild a starting rotation around their sturdiest extant pillar, senior small forward Nabeel Sheihk, who earned All-County honors in spring as their third-leading scorer (9.7 points per game).

“This team is almost all brand new,” said head coach Tom Rottkamp, whose club went 3-1 last season (2-1 AA2) as a follow-up to its postseason drought-ending 5-5 league showing in 2019-20. “We’re young and inexperienced. But we still have Nabeel, who can do a lot. Even at his height, he’s our best rebounder, because he can jump up and grab two hands on the rim.”

Among the Jets’ first-year first-stringers, seniors Jared Shary and Shawn Haber have logged the most minutes. The pair will look to push the tempo in East Meadow’s frontcourt, with Shary handling distribution from the point. “Jared’s leadership will be key to our success,” Rottkamp said. “He’s a great passer. Shawn’s our hardest worker, and a great defensive player.”

“We’re still just looking to play our game,” said Rottkamp, whose team plays eight of its first nine games on the road, including three of four to open its AA2 schedule. “We’ll try to pressure all over the court, and create opportunities to score through turnovers.”

East Meadow has Herricks, Plainview, Westbury, Hicksville, Baldwin and Valley Stream Central as conference foes and will face each of them twice.

Added Rottkamp: “We’re going to try to surprise some people, and get a playoff berth.”

An unexpected offseason hurdle has prompted a round of personnel shuffling on head coach Pete Olenik’s squad, as East Meadow tests its depth in trying for an eighth straight postseason berth.

Midway through the same summer that saw guard Rhoda Williams (10.7 ppg) graduate, fellow All-Conference honoree Allie Twible – who as an eighth-grade point guard led the Jets (5-2) in spring with 13.3 points per game (third in AA2) and 13 3-pointers – transferred to Holy Trinity.

The combined offensive hit notwithstanding, Olenik said he is “energized” by the roster East Meadow has retained – pointing to causes for hope that the Jets can continue their playoff streak.

“I’m excited about what we might accomplish this year,” said Olenik, whose club begins AA2 action on Dec. 15 at home facing Herricks. “This team has by far the best chemistry I’ve seen in my nine years as a coach here at East Meadow. We’re going to be young, but it’s a good core group of young players.”

“Lindsay’s leadership qualities can’t be taught,” Olenik said of the fourth-year starter. “Our program wouldn’t be where it is without her contributions on and off the court. Isabella’s just a strong, physical presence, able to overpower players. She could have a monster season.”

Junior Emily Forrler starts a first year at forward, while sophomores Charlotte Viola and Brooke Vislocky join the Jets’ motion offense as starting guards. “Our new, young players all play good, headsy basketball,” Olenik said, adding, “We definitely have the potential to make the playoffs, and possibly make some noise there.”