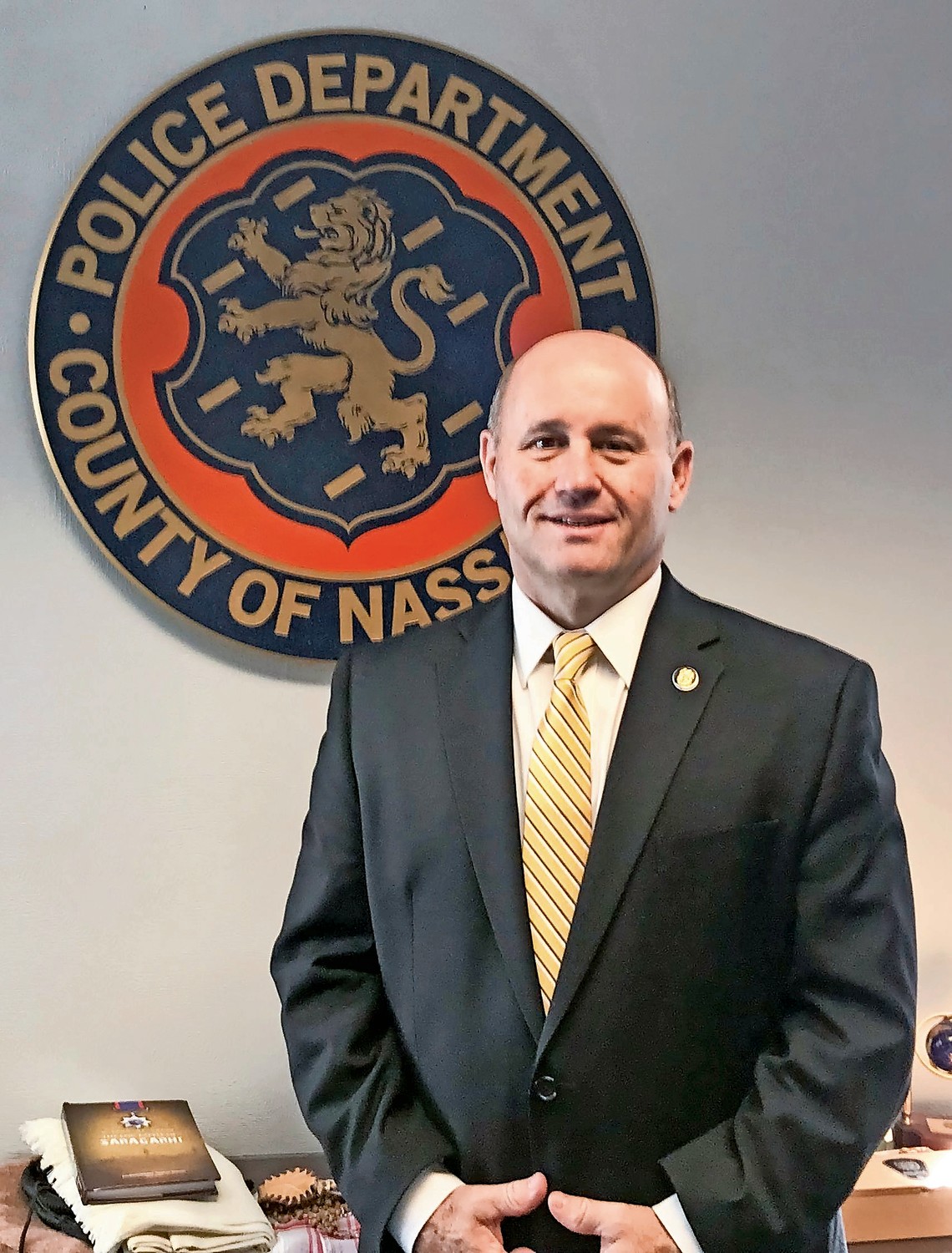 Nassau County Police Commissioner Patrick Ryder officially kicked into gear, his Community Council a police task force with a subdivision in each of the county’s 19 legislative districts.

Ryder and County Executive Laura Curran worked with the county’s 19 legislators to select residents who “have a finger on the pulse of their communities,” Curran said. On April 9 at the Cradle of Aviation Museum, a room full of residents were sworn into their positions.

Ross Schiller, 48, of East Meadow, was one of the residents chosen to represent the 1st Legislative District’s Community Council. “It seems like they really want to do some good work here,” Schiller said. “And it takes a lot of people to come up with an answer to [these issues].”

Crime in Nassau County has decreased by 30 percent since 2010, according to Ryder, who credited the downtick to the county’s modern policing initiatives, including its task forces and community programs aimed at solving crises like gang violence and the opioid epidemic. However, an issue that affects one community may not affect another, he said, and the interests of each community must be kept in mind to ensure the best policing practices.

The members of the community council have agreed to volunteer their times to address the specific issues plaguing their community. They will be meeting with county police and their legislator, periodically, to develop plans of action and discuss what can be done to curb local crime. Eventually, an executive community council will be chosen to oversee the other 19 groups.

“When you speak to people from different communities, that’s when you start to understand each others cultures and understand what the needs are for each community,” Ryder said. “And that’s what we intend to do with this community council.”