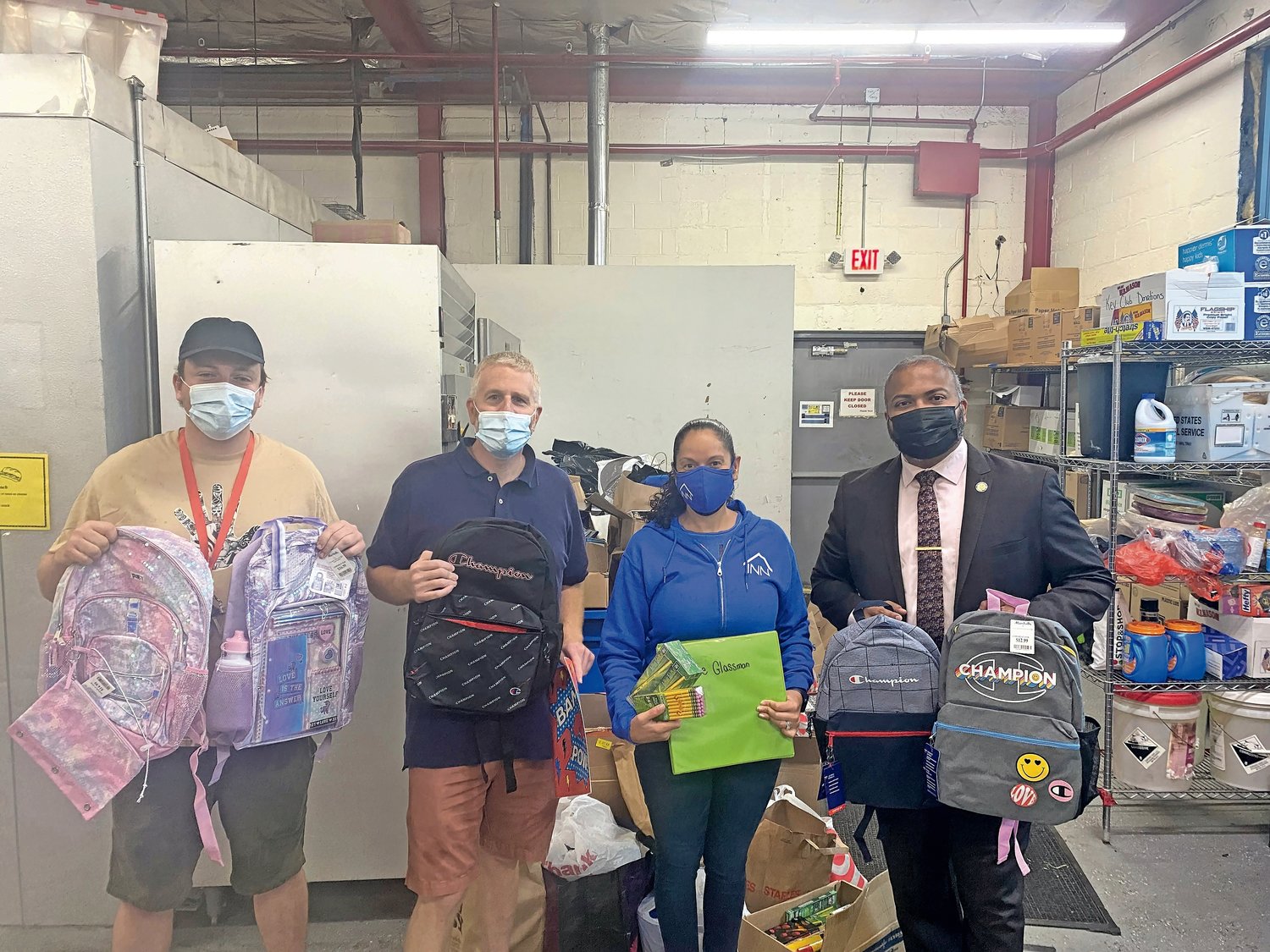 A friendly neighborhood Facebook page sponsored its fifth annual back-to-school supply drive. ‘Nice Things That Happen in East Meadow,’ a Facebook page that is run by East Meadow resident Todd Weinstein focuses on the positive aspects of the community.

“We’re trying to take social media which can be good and bad all at once and incorporate community niceness,” Weinstein said of the Facebook group. “We want to help those who need it.”

“I thought the idea was wonderful,” Director of marketing and communications Dana Lopez said. “I think it’s a wonderful thing when people in the community want to help out. It’s the only way that the INN is able to survive because we are privately funded and we really rely on the generosity of people.”

This year’s drive kicked off in August and members of the community dropped off supplies to Weinstein’s house through labor day.

“We connected with the INN a few years ago,” he said. “And now every year the community responds to donate again.” Each year they donate thousands of dollars worth of supplies to the INN, Weinstein said.

“School supplies are always in high demand when August rolls around,” Lopez said. “We serve a lot of families with children and a lot of them don’t have the necessary supplies to start school.”

Weinstein went and dropped off the supplies at the INN on Sept. 9.

“We get more and more donations each year,” Weinstein said. “I wasn’t sure if we were going to do it because of Covid, but so many people reached out to me saying that they wanted to donate.”

“It’s amazing what the power of kindness and community can accomplish,” Thomas said in an email. “Thank you to Todd Weinstein and the community of East Meadow for making such a difference in the lives of our students.”

The money instead went to other supplies that the INN needed such as diapers, wipes, soaps, shampoo and more, said Weinstein.

“The stress of going back to school with clothing and school supplies and everything is always prevalent,” he said. “Now imagine doing so with limited resources.”

Once again Stew Leonard’s partnered with the Facebook page and offered those who donate a free ice cream token to be used in the East Meadow store.

“Stew Leonard’s is a great neighbor,” he said. “Anytime our page has needed anything they’ve always responded.”

Lopez said that the guests that come to the soup kitchen are always grateful for any help they get.

“It’s a relief for them because it’s one less thing that they have to worry about,” she said. “They don’t have the resources to purchase what is needed and any parent will tell you it’s a lot of stuff.”

Weinstein just does it for the community, he said.

“This isn’t about me,” Weinstein said. “It’s about the group and the community and the response. I’m just one guy but the community comes together.”