Teens learn how to fight fires, for real 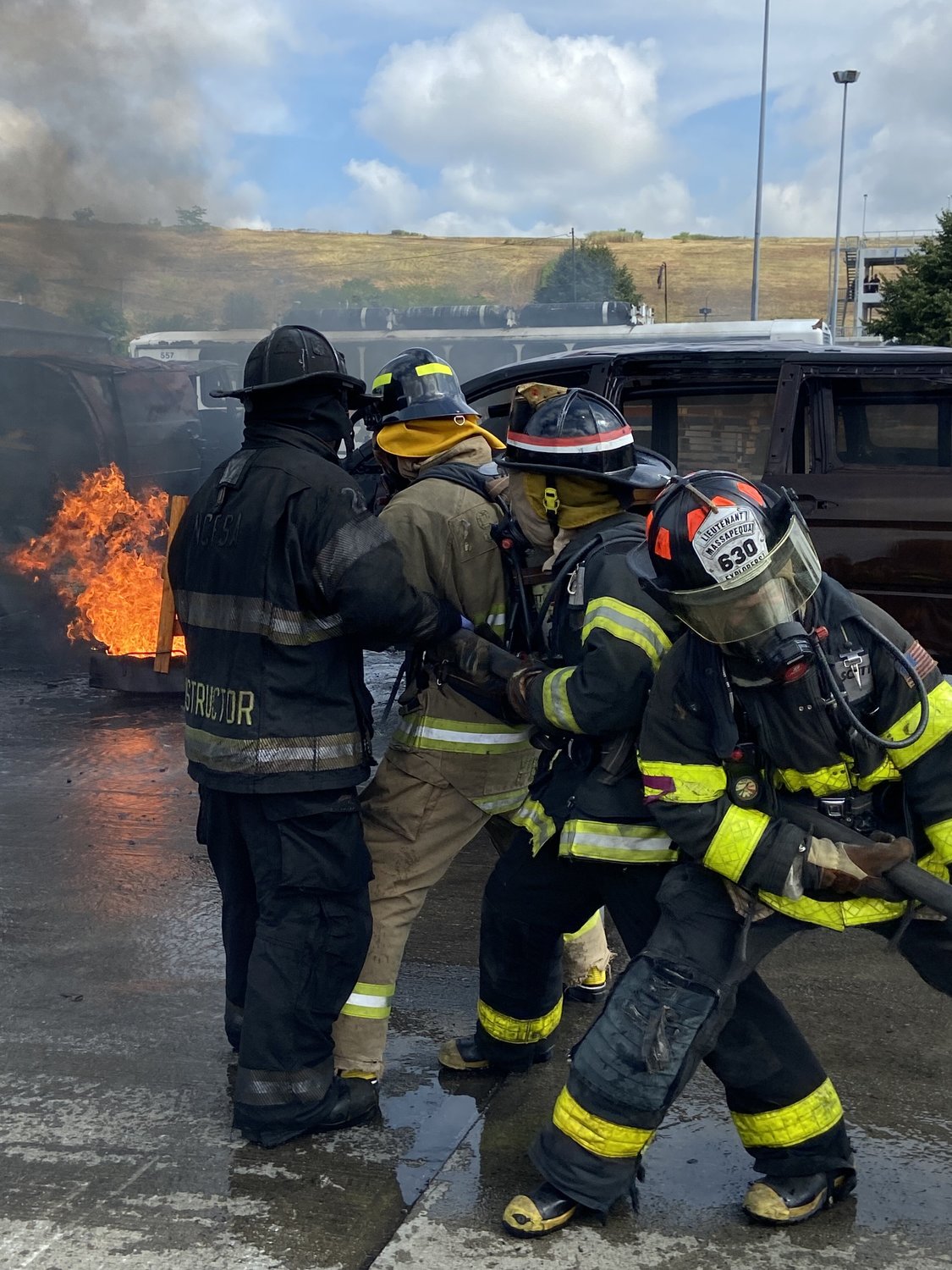 Junior firefighters at Camp Fahrenheit 516 got some real-life experience in putting out fires. Campers had the opportunity to extinguish building and car fires, among other activities.
Mallory Wilson/Herald 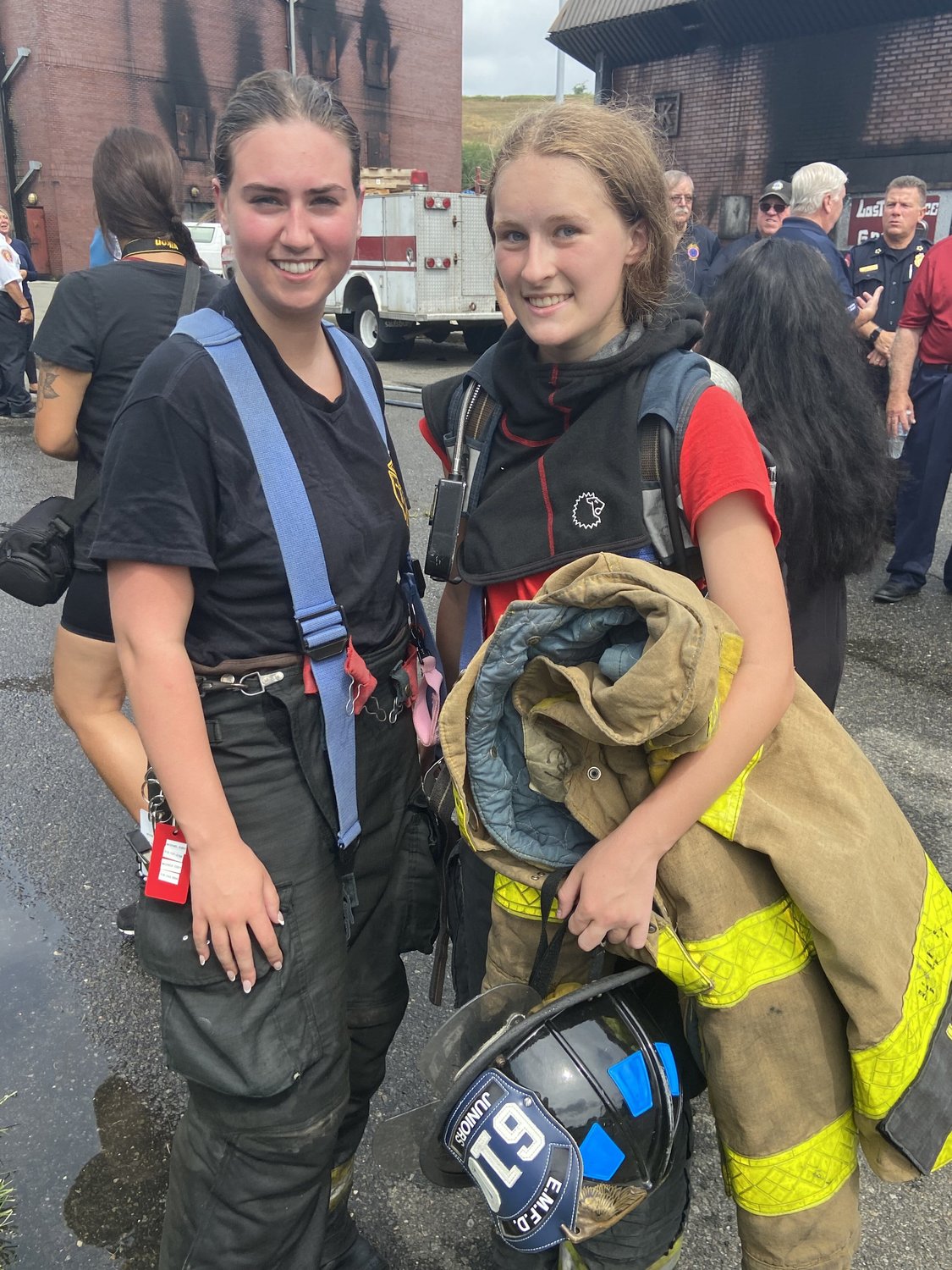 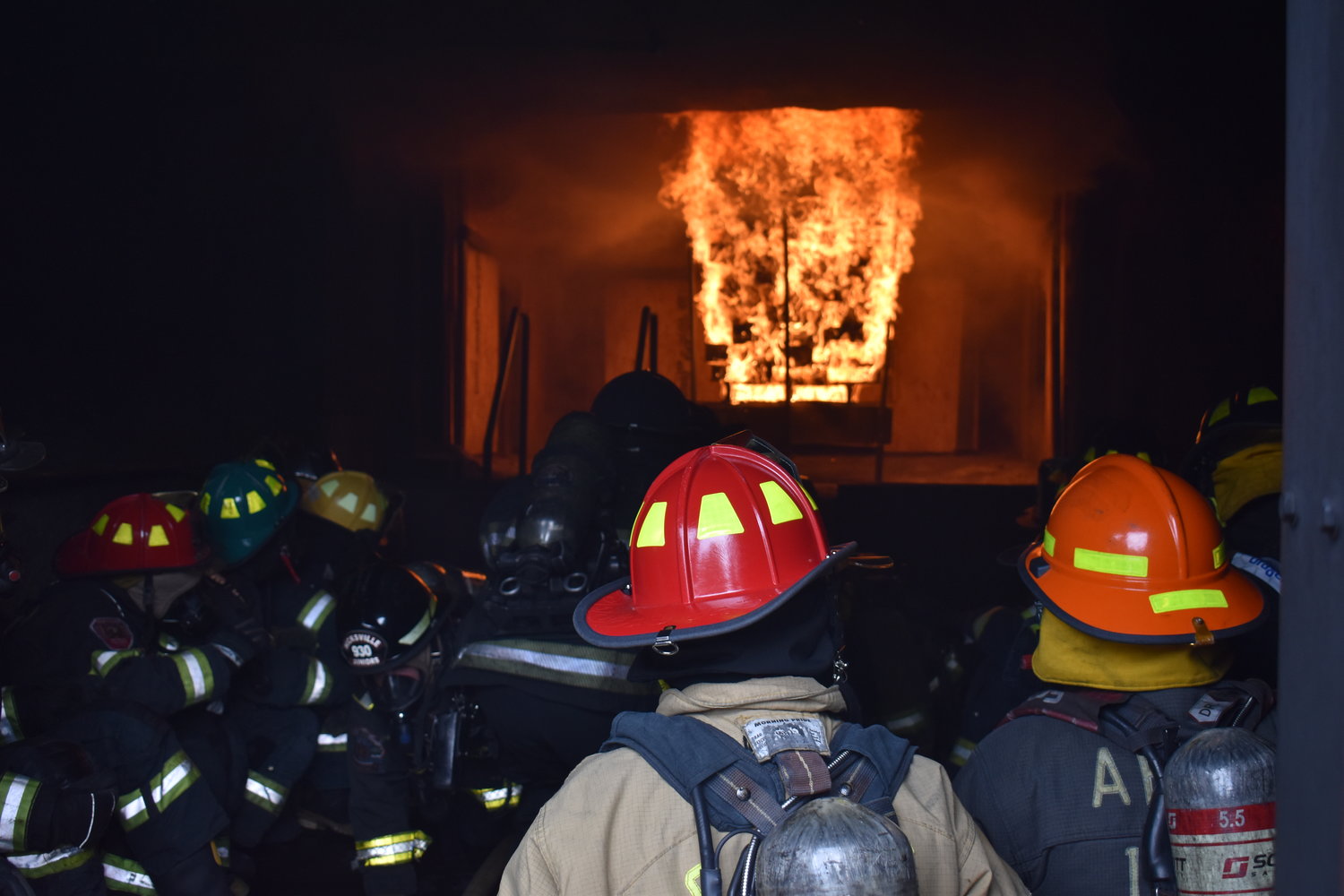 The fires that the campers put out were no joke. In some instances, temperatures reached upward of 1,000 degrees.
Katrina O'Brien/Herald 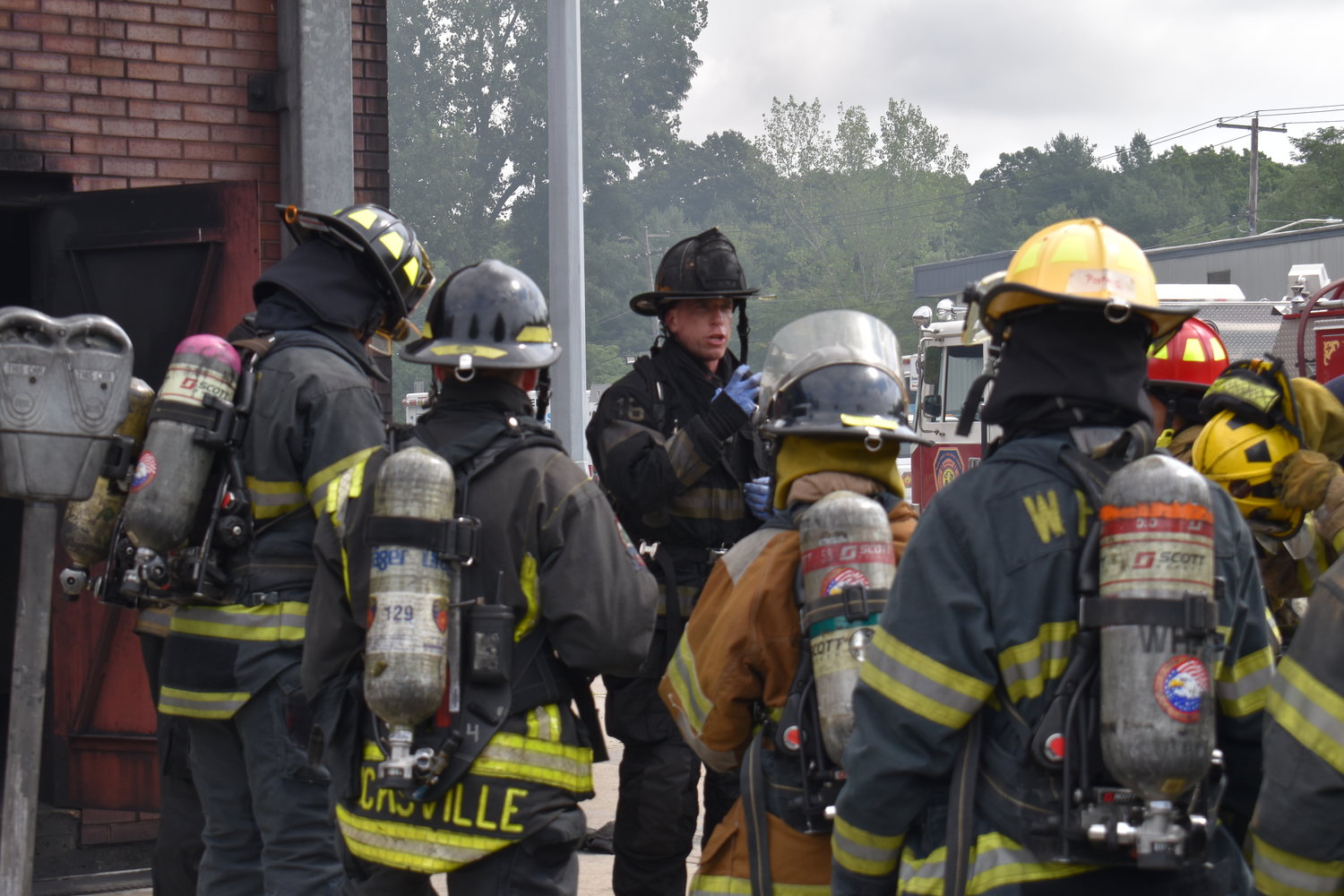 State-certified Instructors came from all over Nassau County. Each squad had 15 campers in it for a total of 45 students.
Katrina O'Brien/Herald
Previous Next
By Mallory Wilson

The heat was turned up for a pair of junior firefighters from the East Meadow Fire Department at Camp Fahrenheit 516 in Old Bethpage.

Jenna Cody, 17, and Gabriella Koch, 15, learned last week what it’s like to fight real fires during the week-long camp. Students, like Cody and Koch, went through courses such as forcible entry, live car and warehouse fires, emergency evacuation procedures, and more. They also became certified in  CPR..

“I was really excited to go because other members of my family have gone and they really liked it,” said Cody, who joined the East Meadow Fire Department Junior Fire Company when she was 15. “I’m really excited to meet people and be taught new things and use that when I come back here.”

Koch, who joined the EMFD Juniors last July, agreed, adding, “It’s really intense, but I think the different types of trainings will help us bring knowledge back.”

“These two come around a lot and they do a lot for the program,” Peter Cheswick, chief of the East Meadow Fire Department, said of the girls. “We’re very excited for them to be representing East Meadow and to get good training that they’ll be able to bring back.”

Since 2015, the Nassau County Junior Firefighters Association operated the state-funded camp for students ages 14-17. The teens attending the camp come from firehouses from across the county.

“A couple of years prior to the camp, we had our juniors traveling to other states, and I was like we have the best academy, we have the best instructors in the country, in our own backyard,” said Jerry Presta, chairman of the Nassau County Junior Firefighters Association. “At first, we thought the camp was going to be one and done but we got such a huge response to it.”

There are three squads in the camp made up of 15 campers. The squads work on rotating training schedule.

The goal of the camp is to prepare the juniors to join the ranks of firefighters when they are eligible. State-wide, there are recruitment shortages of younger firefighters.

“Everybody knows that we have a serious problem with recruitment and retention in the fire service,” Presta said. “The last thing people have is time to volunteer. So, by introducing these kids at such a young age, and getting them a taste of what it’s like, the recruitment tool pays back tenfold.”

Koch, who joined after watching her stepdad Joseph Krilov join the EMFD four years ago, said it was cool watching him help people, and that she wanted to do the same. “I wanted to help the community and learn better how to become a firefighter,” she said. “I like the training and seeing how fires are fought.”

Instructors at the camp must be state-certified to teach, according to camp officials. And while the scenarios are controlled by the instructors, the work is very real.

Squads took turns getting water out of hydrants, putting out car fires and ultimately extinguishing a blaze in a one-story building. These activities are early elements of the training, Robert Hughes, the academy’s chief instructor, said. “Each kid rotates to get out of the way and get a chance to put the fire out.”

At the camp last Thursday, Cody said that her favorite part was putting out the live blazes. “It takes a lot out of you, and you have to be very dedicated and focused,” she said. “There’s no messing up because you’re working with real fire.”

“They walk out of here very quiet when it’s over,” Presta said. “They had such a great week of something they never experienced.”