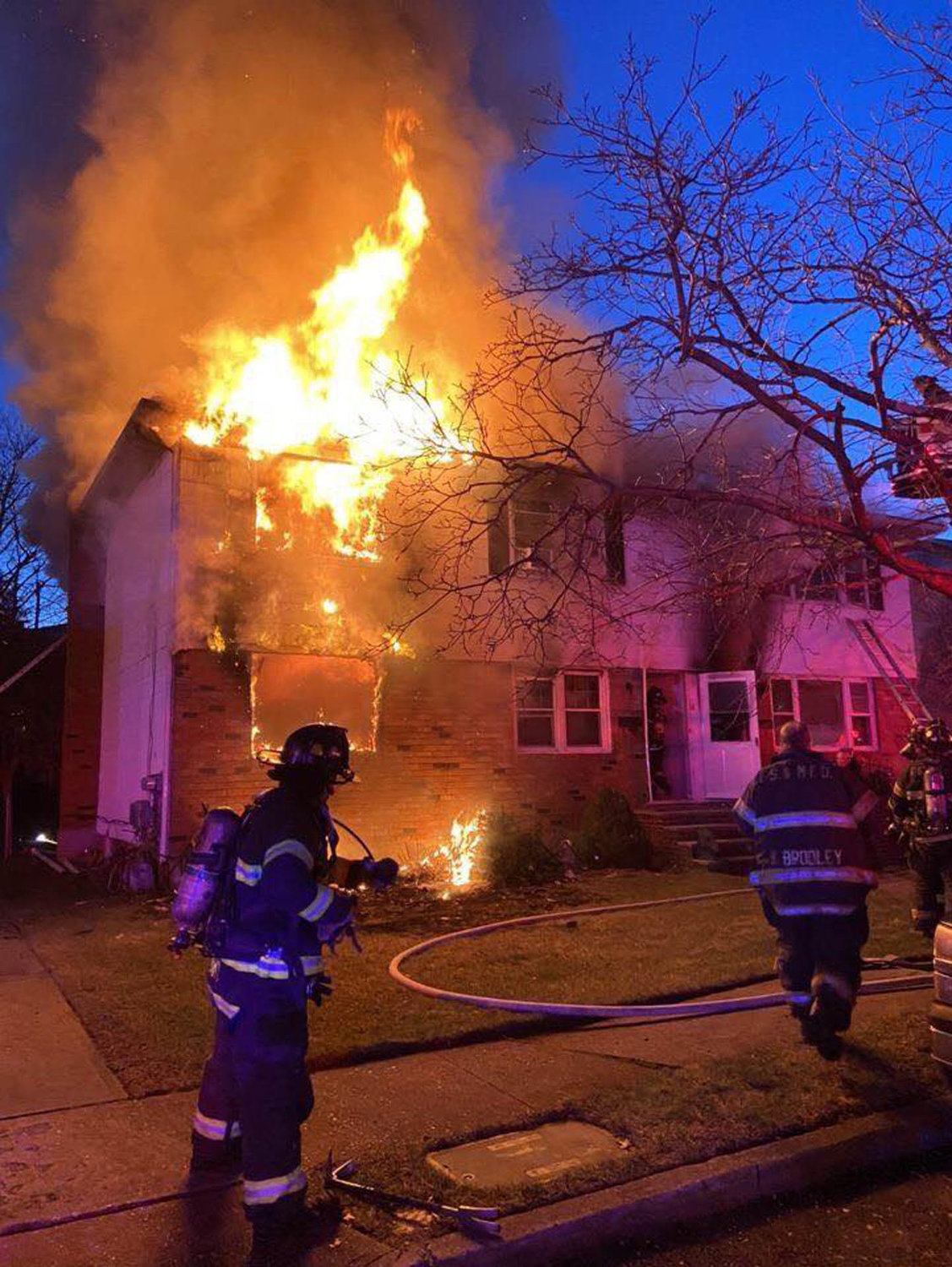 Mary Jane Havrylkoff was wrapping Christmas presents early on Dec. 23 when her brother started yelling for everybody to get out of their Franklin Square home. She ran upstairs to wake her children, where she said she ran into a wall of smoke.

A fire broke out at the Farnum Boulevard house at around 6:30 that morning, according to John Salzman, chief of the Franklin Square & Munson Fire Department. Once all eight family members were safely outside, they called 911, and because of the blaze’s severity, more than 100 firefighters from six departments were dispatched to fight it.

Franklin Square firefighters were on the scene within two minutes, Salzman said.  They spent an hour extinguishing the flames with the help of firefighters from the Elmont, West Hempstead, New Hyde Park, Plainview and Hempstead fire departments. The cause of the fire is reportedly still unknown.

Meanwhile, neighbors came running to give the family shoes and clothes to wear outside in the cold, Havrylkoff said. Women also showed up with hot coffee, and a stranger, she said, put a cup of hot chocolate in her hand as she and her family waited outside to find out about the fate of their home. Her family has owned it since 1989.

“I would like to know who they are,” she said of the good Samaritans.

The news, however, was not good: Fire officials reported that the house was destroyed.  “The whole house is gone,” Salzman said.

It was condemned, and the family is now living in a hotel, but with the help of Franklin Square firefighters, they managed to save their family photos and three of their four cats.

Rachel Havrylkoff is preparing to return to college. “We’re trying to piece it together one day at a time,” her mother said, adding that she was overwhelmed by the generosity of her neighbors.

Rachel reported to her friend Skylar Shimansky about the ordeal, and seeking to help them, Shimansky created a GoFundMe page for the Havrylkoff family. On it, she explained that Mary Jane works at the Dutch Broadway Elementary School and volunteers at Averill Park and for Gateway Youth Outreach.

“This family is an integral part of the community,” she wrote, “and we ask that you choose to give back to a family that has given so much for it.”

To donate to the GoFundMe page, visit https://bit.ly/37k1L1V or donate gift cards for the family at Rescuing Families Inc. For more information about the card drive, call (516) 697-9403.