Golfers hit the links for a good cause 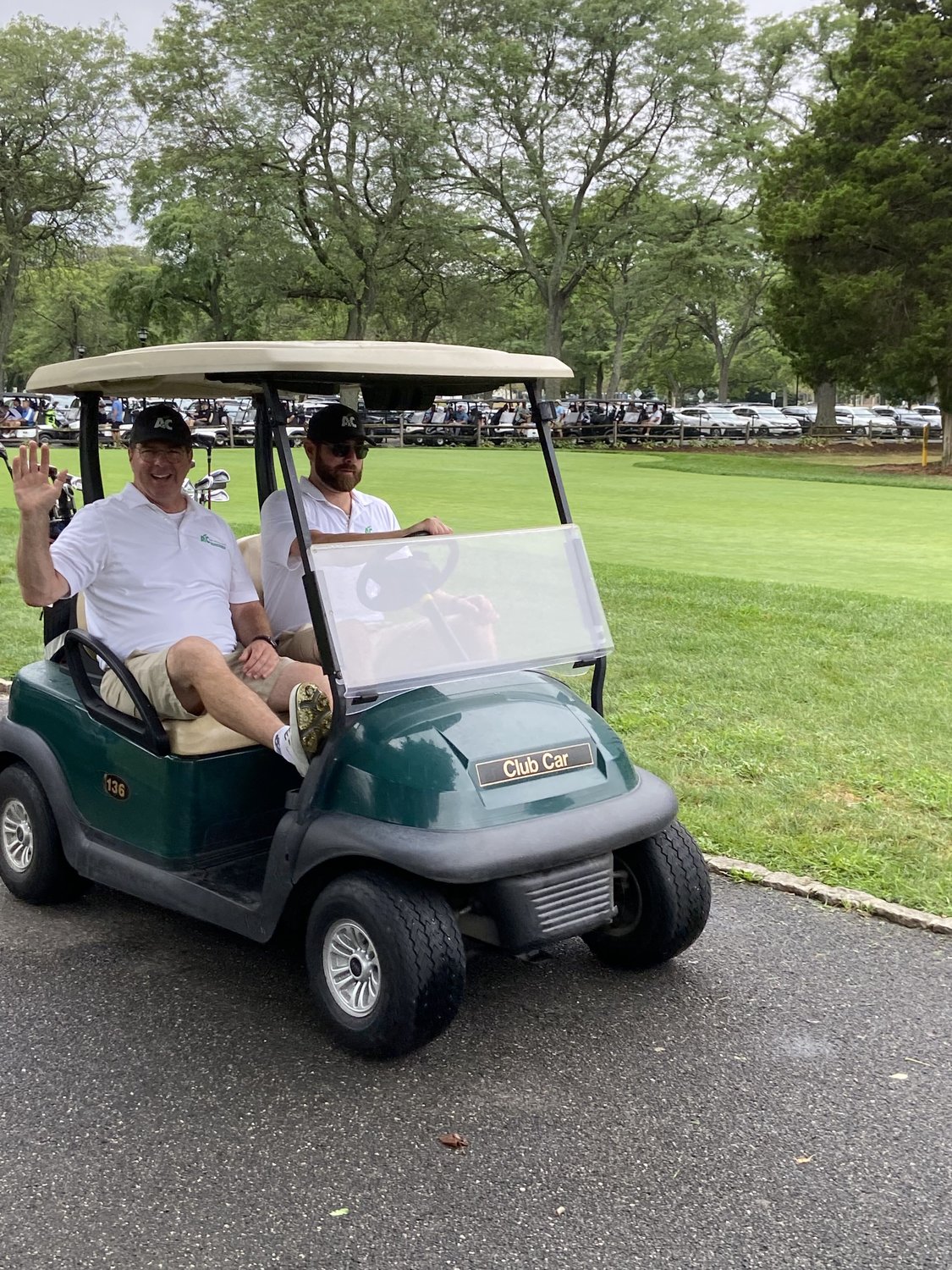 James Skinner Sr., far left, and his son, James, were ready to get their swings on at the annual Steven J. Eisman Memorial Golf Outing.
Mallory Wilson/Herald 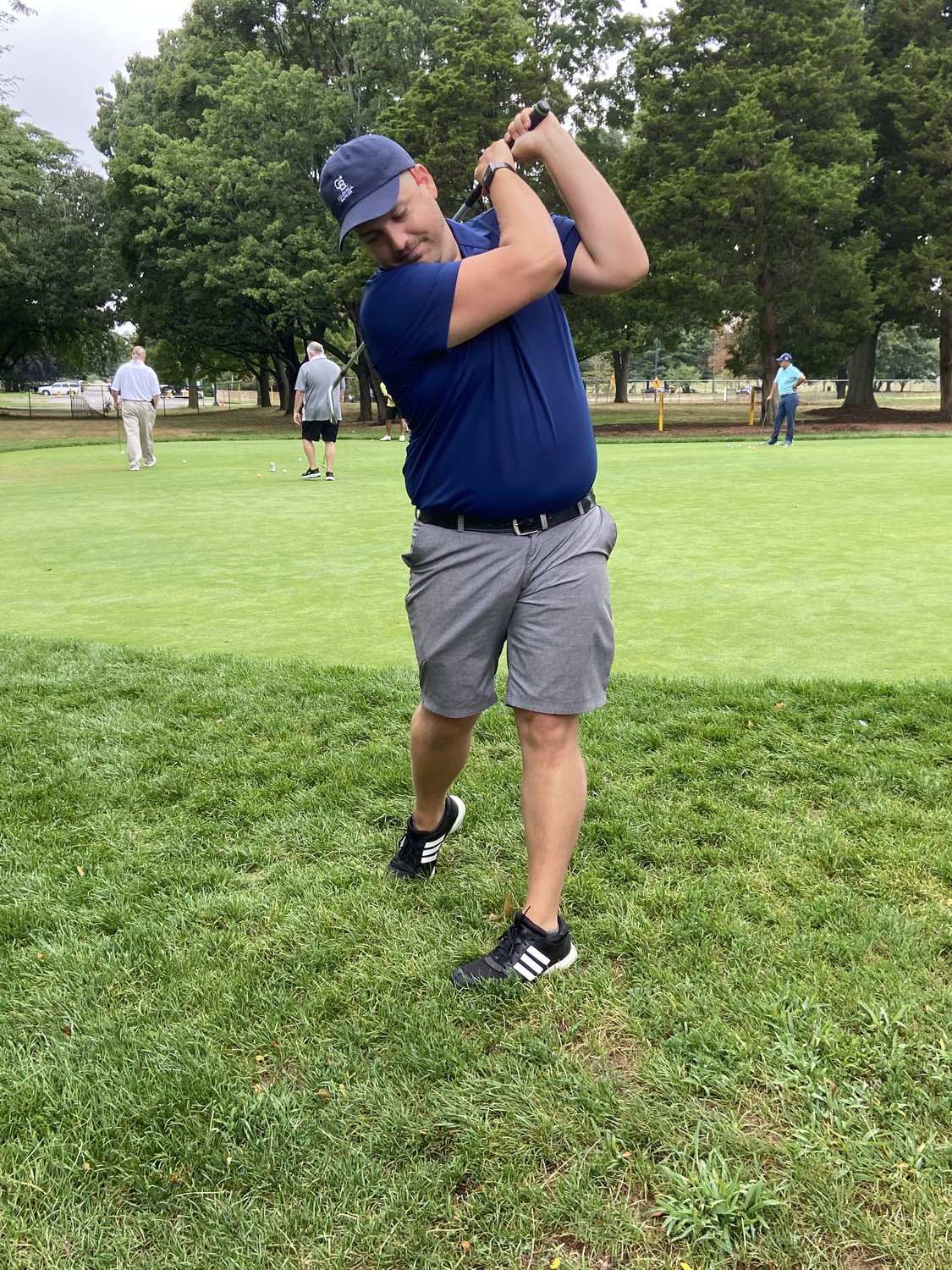 RIchie Krug Jr., above, loosened up before heading off to the tee.
Mallory Wilson/Herald
Previous Next

Steve was such a wonderful supporter of not just our Kiwanis Club, but several.”
Debbie Coates Organizer, golf outing
By Mallory Wilson

Golfers teed it up in honor of long-time Kiwanian Steven Eisman on Monday to raise money to send underprivileged children to camp and feed needy families.

“I’m sure he’s laughing at us right now for all being out here at a golf outing named after a guy who really couldn’t play golf,” joked Tom Gallagher, addressing the nearly 200 Kiwanis members, friends, and neighbors who came out to swing the clubs for a good cause.

Eisman died in November 2015 after a battle with pneumonia. He was 61.

“He was a great guy,” Gallagher added at Eisenhower Park’s Red Golf Course. “We thank you. The money that we raise every year, we send so many kids to camp and feed so many families. It’s just incredible.”

Eisman was a very prominent community member serving as past president of East Meadow Kiwanis, the East Meadow Chamber of Commerce, and the Nassau County Bar Association. He took his Kiwanis positions one step further representing the club as lieutenant governor of the Long Island South Central Kiwanis division and parliamentarian for the New York District Kiwanis.

“It was sad, and yet happy and joyful at the same time,” Debbie Coates, one of the tournament organizers, said of renaming the golf outing after Eisman. “Steve was such a wonderful supporter of not just our Kiwanis Club, but several, Garden City, a few of the others, and was also very involved in the state Kiwanis.”

Coates said that Eisman, an attorney, was a generous man. Naming the outing after him “just seemed apropos” Coates said. “It was a great way to remember a wonderful man.”

The outing, put together by Coates along with Gallagher and Mike Litzner, has grown since it was renamed in 2015. Coates said many people who participate come from other Kiwanis clubs, country clubs and law firms. Frank Borrelli, of Borrelli’s, donated food to for the pre-tournament meal and the dinner following the outing.

The event raises nearly $25,000 annually and is sponsored by community members. Proceeds go toward sending children to Kamp Kiwanis, in upstate Taberg, a summer camp for underprivileged children. The fundraiser also gives the club the means to award scholarships.

“It’s a very visible and collective, interactive event,” Litzner said. “It was something that Steve was always involved in and supported so it just seemed like a good way to honor him.” Litzner described Eisman as a stand up guy who was smart, very personable, and someone you could always count on.

The weather was questionable, but Coates wasn’t worried. “We always said that Steve is up there watching us and he would never let that happen.”