Hitting it out of the park 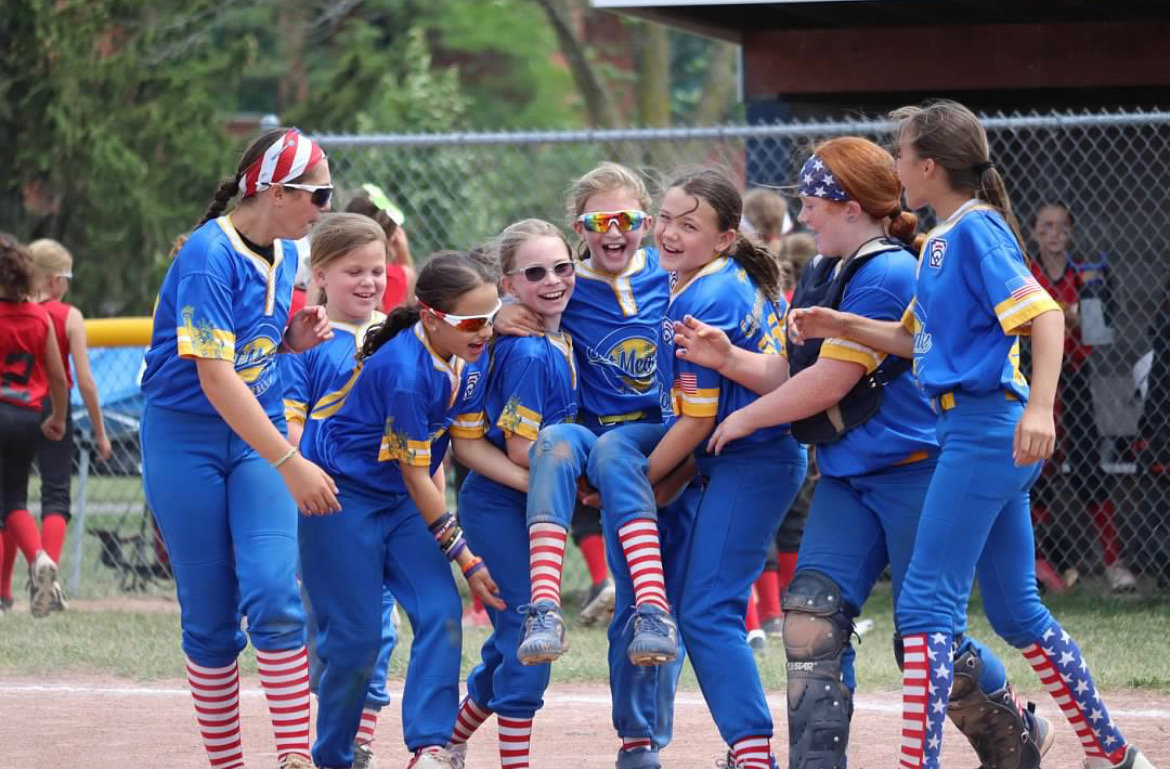 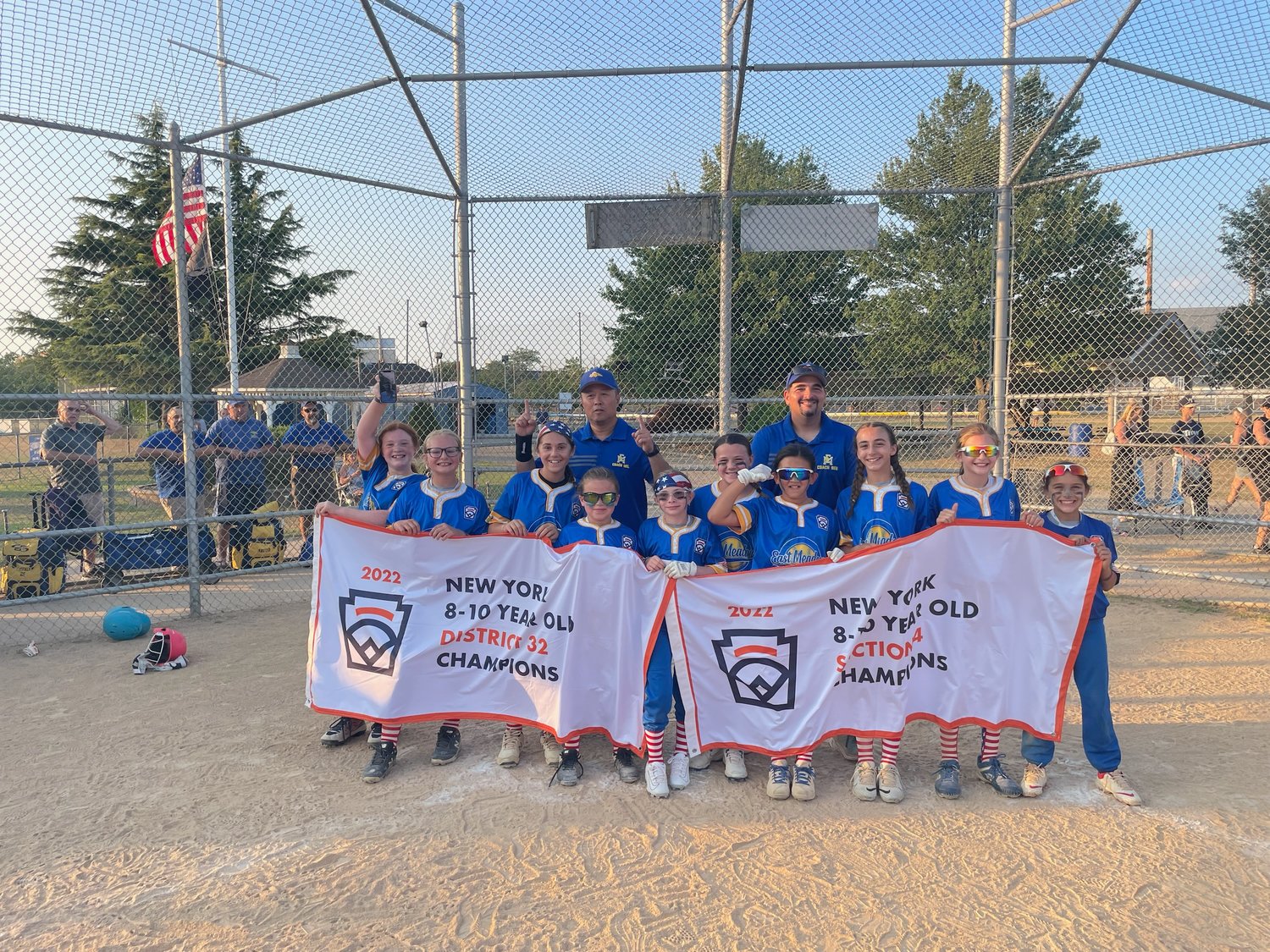 The East Meadow 2022 10U girls’ softball Williamsport team played their hardest, losing only in the semi-finals to a team from Staten Island after being in Rochester since July 19.
Courtesy Shannon Necci 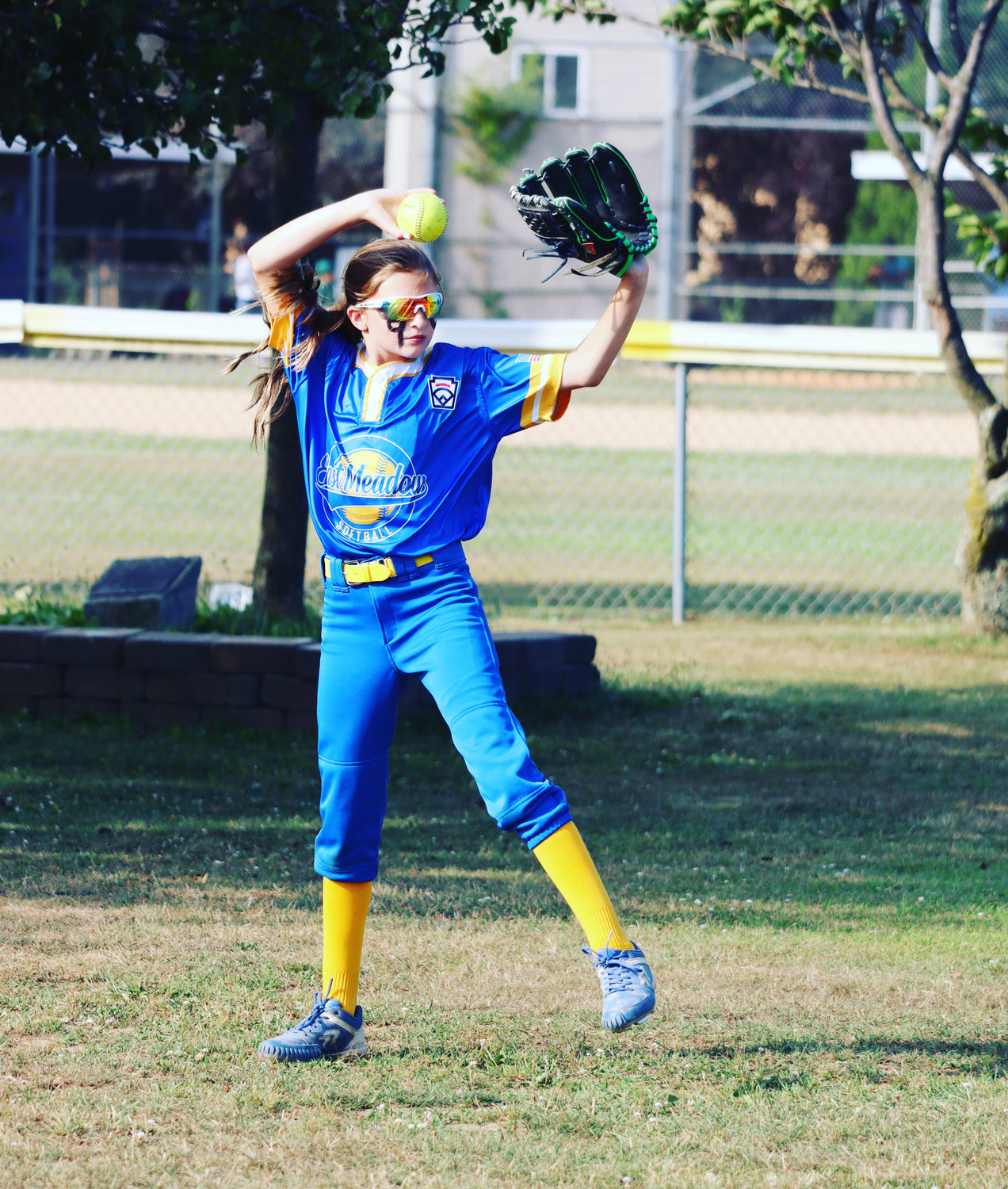 After weeks of qualifying games, the 10-and-under softball team from the East Meadow Baseball and Softball Association took their shot at the New York State Little League Championship Tournament in Rochester.

The East Meadow 2022 10U girls’ softball Williamsport team, made up of girls from three different East Meadow travel softball teams, reached the state semi-finals, losing only to a Staten Island team on July 25.
“We had a good run,” head coach Benjamin Necci said. “They enjoyed themselves, and they learned a lot, so it was a really special experience.”

The road to the state tournament started in late June with the girls winning the Long Island divisional title competing against teams from Hicksville, Syosset, Plainview, Levittown and other teams in district 32. The sectional tournament saw the girls take the crown over teams from Smithtown, Huntington, Tri-Village and more.

EMBSA also entered a 12-and-under team, but they ultimately lost in their division tournament.

The 10U team this year did better than last years’ squad, Necci said. Last year they lost to Smithtown in the sectionals.
“I was a little surprised we made it this far because we were from different teams,” Natalie Necci, Ben’s daughter said. Natalie, 9, has been playing softball since the t-ball days and primarily pitches or plays shortstop. She tried out for the team because this was her last year in the 10U age group, and she wanted to play with her friends.

“My favorite part of being on the team was being cheered on and playing softball. Because without playing, we wouldn’t have made it that far,” she said. “We did so many fun things.”

Ben held tryouts for the team in mid-June. He said that the team tried to practice at least once a week. But since these girls are athletes on other travel leagues, they had been practicing with their own teams too. “It’s a commitment,” he said. “It’s a lot in a very short amount of time for parents, coaches, players, everybody.”

Their first game was in late June.

“I wanted to tryout because I knew that it would be a cool experience to go to the Williamsport,” said Niki Limberis, 11-year-old infielder. “I thought we were going to make it to Rochester because I know everybody on the team tries hard and is very competitive and just loves to play, so I knew it would be great for all of us to play together.”

Keeping the right mindset and playing back-to-back takes work, said Ben. “These young ladies are excellent athletes and they’re committed,” he said. “They’re old enough to realize and understand what’s at stake and what we’re playing for and representing the town of East Meadow.”

“Winning was the best part,” said 11-year-old player Emily Lindow. “We’re proud that we made it this far, but I wanted to go more.”

One aspect of the Williamsport tournament, Ben said, was that it’s about intramural play and not being super expensive. “So that anyone can do it,” he said.

One thing, though, about the Williamsport tournament that Ben wishes he could change is how much more attention the boys’ teams get than the girls. “I think that young ladies should get more attention than they get,” he said. “The 12-year-old boys are always the ones that are on TV and makes the money.

“The girls don’t get the accolades like the boys get and I think that they should because they’re just as good athletes, if not better.”

One thing Lindow learned from the tournament is “any girl can play with any person, you just have to work hard.”
Report an inappropriate comment