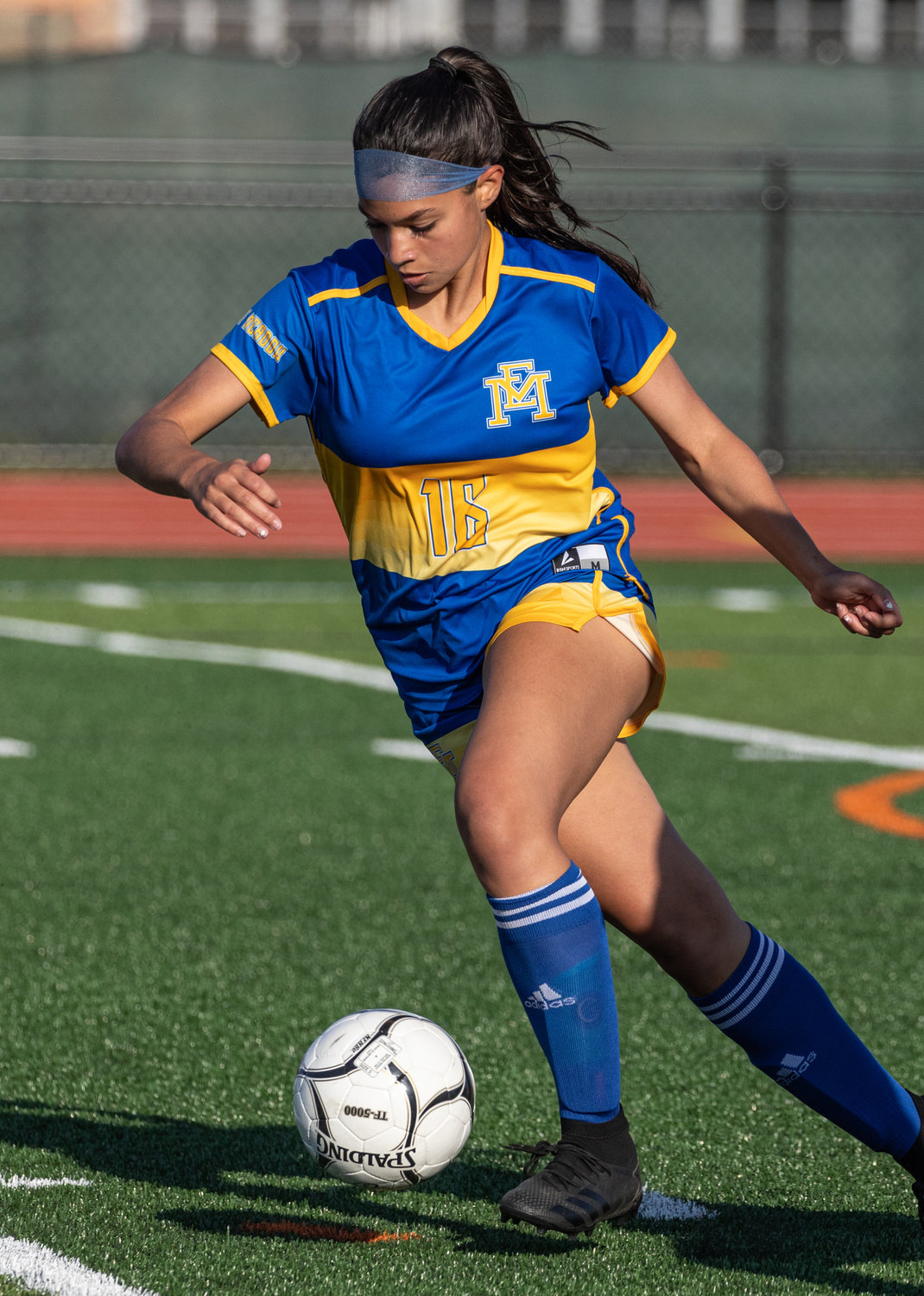 A new era of girls’ soccer has begun in East Meadow.

Tortorici has never been a head coach, but she believes her previous playing experience and communication skills will make her initial voyage a smooth one.

“I think that being a younger educator and a younger coach, I can relate to these girls on a more personal level,” she said. “I’ve been in their shoes before playing at the high school level [and] I played at the college level with lacrosse so I’ve had my fair share of coaches and I just feel I know what kind of coach I want to be in order to have a successful season.”

Tortorici also understands the winning tradition that has become synonymous with the program.

“I know that this is a big responsibility,” she said. “Growing up, I always knew East Meadow soccer having great clubs and great programs in general.”

The Jets’ biggest strength lies at the back end with the return of goaltender Jennah Farooki and a seasoned defensive trio of senior Sara Goncalves, junior Ava Lanza and freshman Casey Henry. Farooki stopped 66 shots as an eighth grader last spring, including eight in a 3-2 win at Farmingdale on March 15.

“She’s definitely been super-helpful in leading the team and being able to see the field,” Tortorici said. “She’s great with directing the girls and I feel she’s going to be a staple [in the future]. She’s really an unbelievable goalie.”

Up front, Myrdiva Jean-Pierre had a strong finish to her freshman season with three goals in the four games to finish with five, which was good for the three-way tie for most on the team. Jean-Pierre will see time at both forward and center midfield.

“She is probably one of the hardest working girls on the team,” Tortorici said. “She has those long strides and is able to take it to the goal. She’s going to be a big asset for our offense this year for sure.”

Speedy senior Keira Geoghegan will be looked upon to provide secondary scoring and had an impressive training camp, evidenced by a two-goal effort during a recent scrimmage against Clarke.

Senior midfielder Katherine Marcus also brings plenty of speed and a heavy shot that makes her valuable on corner and penalty kicks. She is the only other returning player to score a goal last spring, to go with four assists, and had the only tally in a 7-1 season-opening defeat to Syosset last Friday.

“Kat is such a cool, calm and collected player,” Tortorici said. “The girls can turn to her because she has a lot of control at the center of the field.”