Lion Lane gets a new name

Firefighter Walter Ernst is honored with a Salisbury street dedication 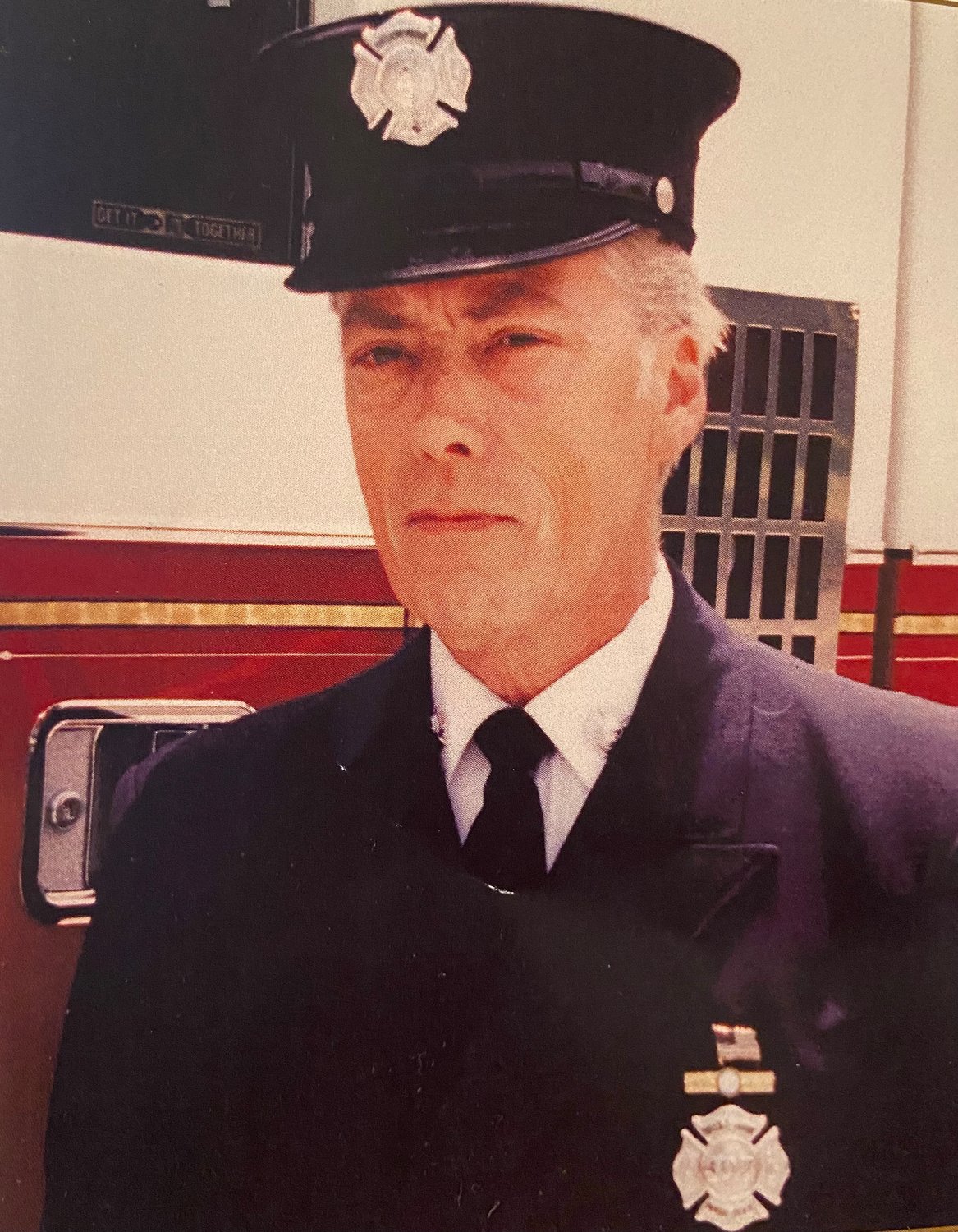 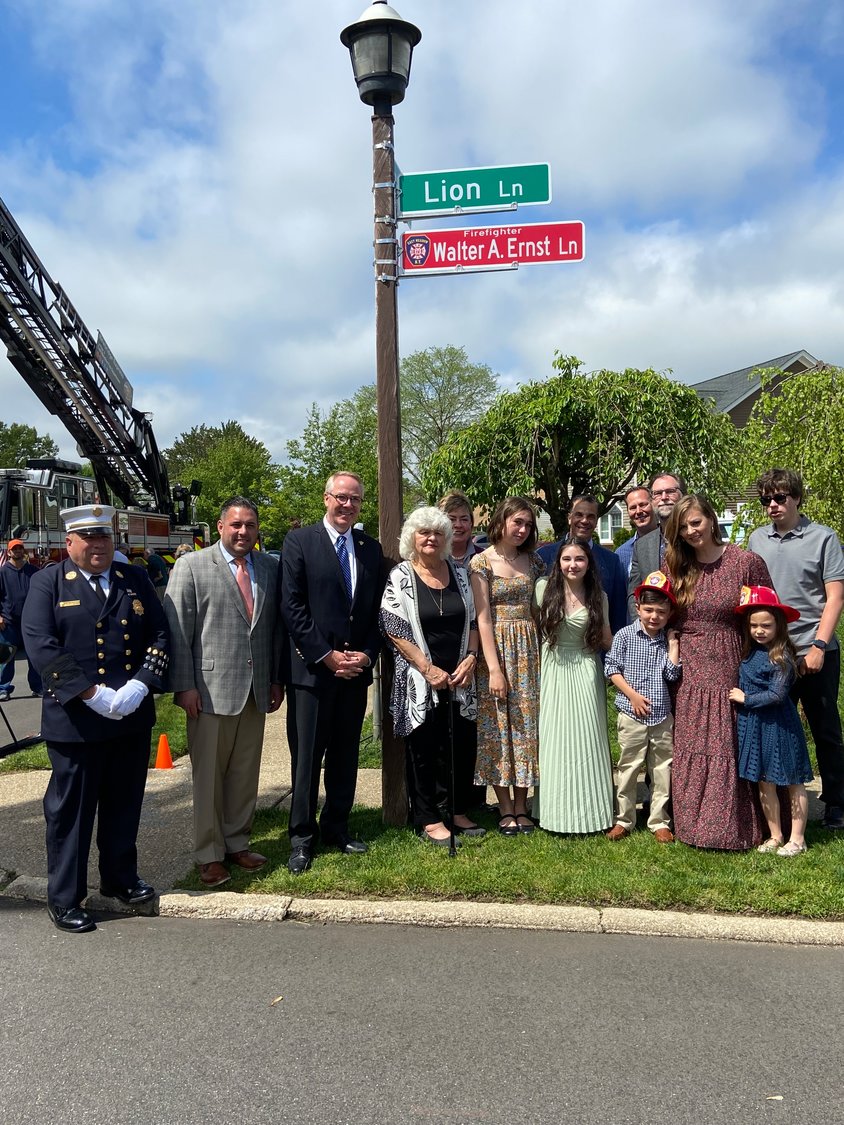 “Walter was known as a fireman’s fireman at Engine 4,” said Anthony Messina, ex-chief of the East Meadow Fire Department.

“Walter” was the late Walter Ernst. On Sunday, town officials, firefighters and Ernst’s friends and family members gathered on Lion Lane in Salisbury to dedicate the street he lived on in his honor.

“The dedication and commitment that Walter had for the fire service trickled down to our company members and their children as he befriended every one of them,” Messina added.

Messina reminisced about the time that Ernst spent with the East Meadow Fire Department, and had the crowd laughing and smiling along to his stories.

The ceremony featured a flag arch by the EMFD Ladder Company 2, Robert Hughes of the EMFD and Nassau County Firefighters Pipes and Drums; a presentation of colors by the EMFD Color Guard; the national anthem sung by Anthony Marcolini from W.T. Clarke High School; the pledge of allegiance by Councilman Tom Muscarella, and an opening prayer by Kevin Regan, Chaplain of the Wantagh Fire Department.

“This is such a nice feel of a celebration of someone’s life,” Supervisor Don Clavin said. “When you read the comments on his passing from not only his peers, the chiefs but even I was struck by the junior members of the department who said that [Ernst] took them under his wings and he watched over them.”

Ernst worked full-time in the insurance business while living in Salisbury with his wife Linda and their three children, Keith Ernst, Craig Ernst and Vikki Ernst-Chang. The siblings each shared a glimpse of what it was like growing up with their father.

“He loved his family more than anything and right after us he loved the New York Jets,” Vikki said. “Our dad marched to the beat of his own drum, and he was very proper. I think probably to this day he’s the only person to drink beer out of a wineglass.”

Craig spoke of fond memories with his dad and the EMFD. “He considered everyone as his brothers and sisters and the fire department gave my dad a great sense of belonging,” Craig said. “They gave him an additional purpose in life. Not only was he a wonderful husband and father but he was also a first responder that helped his community.”

“The firehouse was a home away from home for my father but also for us,” Keith said. “His legacy of public service is what brings us together this morning.”

Vikki said that street dedication idea started a few months ago after she reached out to Peter Cheswick, the current chief of the EMFD. “When my dad passed away Chief [Anthony] Messina promised that they would always look after our family and that they would never forget my dad,” she said. “They held true to that promise so much so that a few months away when I texted former classmate of mine Peter Cheswick about this idea to name that street he made it happen.”

Town officials presented the family with a commemorative sign. Together they gathered by the street sign and watched as Linda yanked the rope to reveal Walter’s name under the Lion Lane street sign.