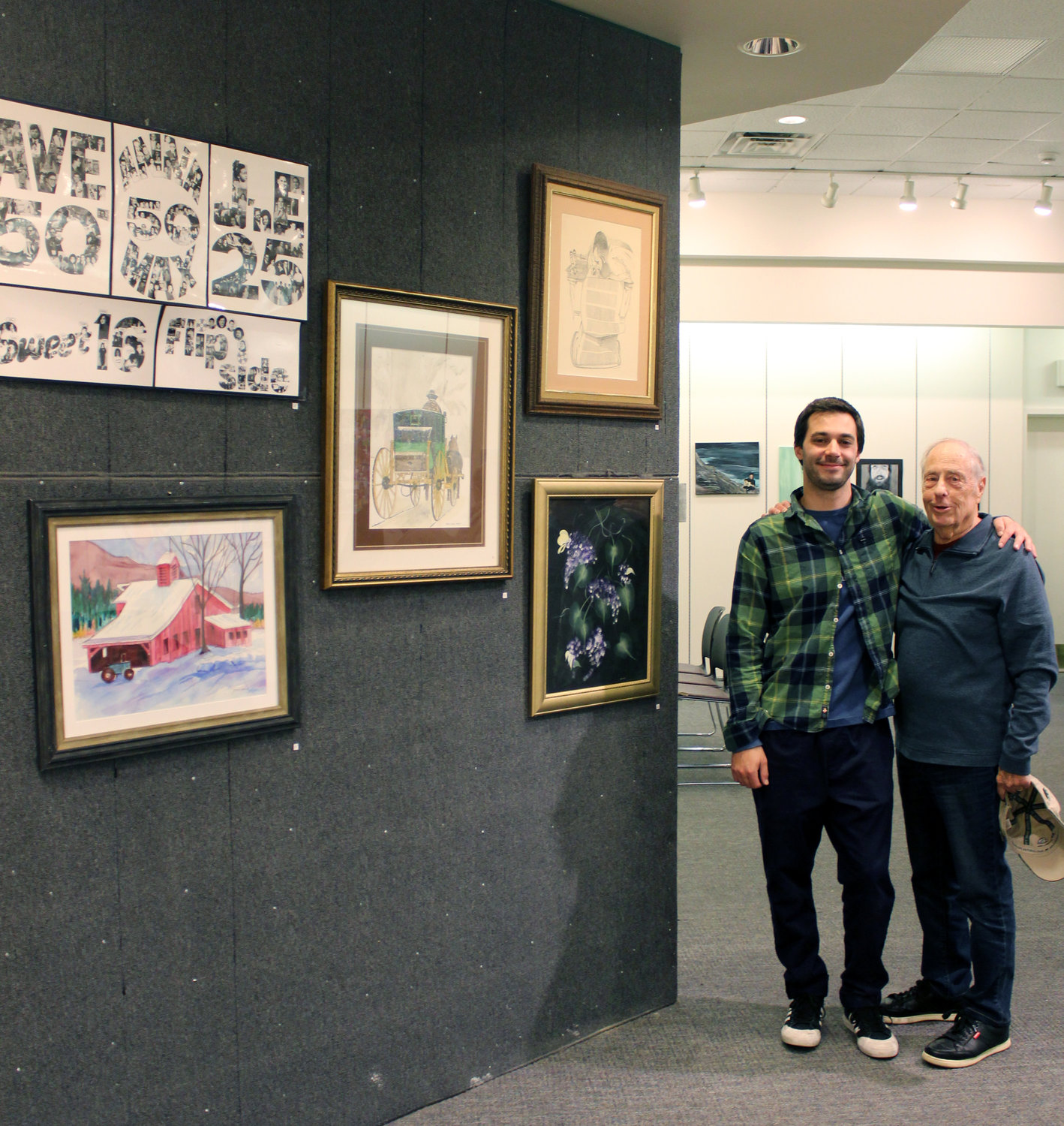 Jerry Cohen, 82, of East Meadow, showcased his art at the East Meadow Public Library’s annual Invitational Art Show last Sunday at the Samanea New York Market, the former Source Mall, in Westbury. He was with Charlie Fosso, 27, of Levittown, who organized the show.
BRIAN STIEGLITZ/HERALD 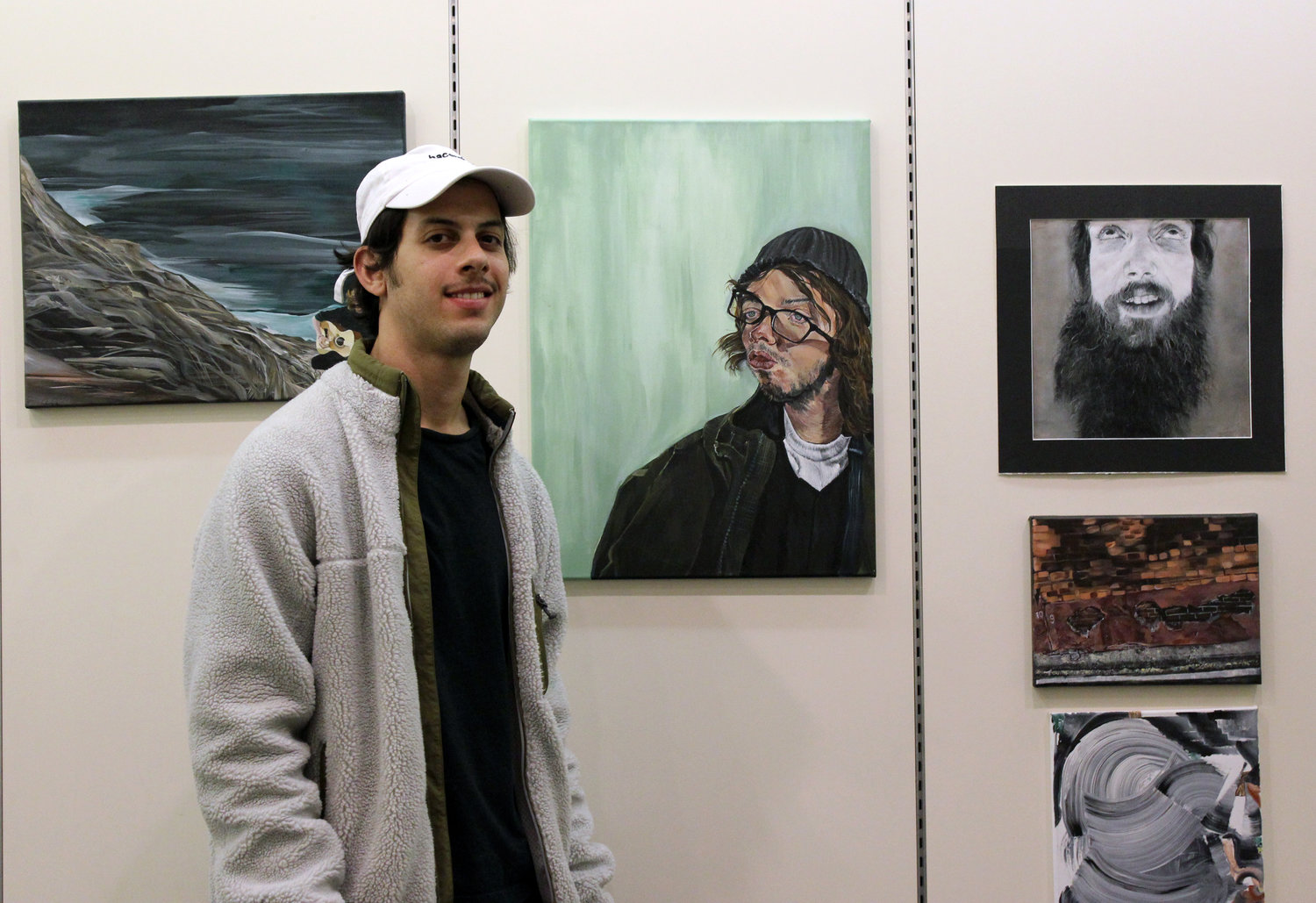 Andrew Albarracin, 27, of Massapequa Park, above was also featured in the show. More than a dozen local artists were invited by the library to display their work and connect with other artists.
BRIAN STIEGLITZ/HERALD

James Melnick, 66, of East Meadow, above right, created both paintings and sculptures from recycled and found materials.
BRIAN STIEGLITZ/HERALD 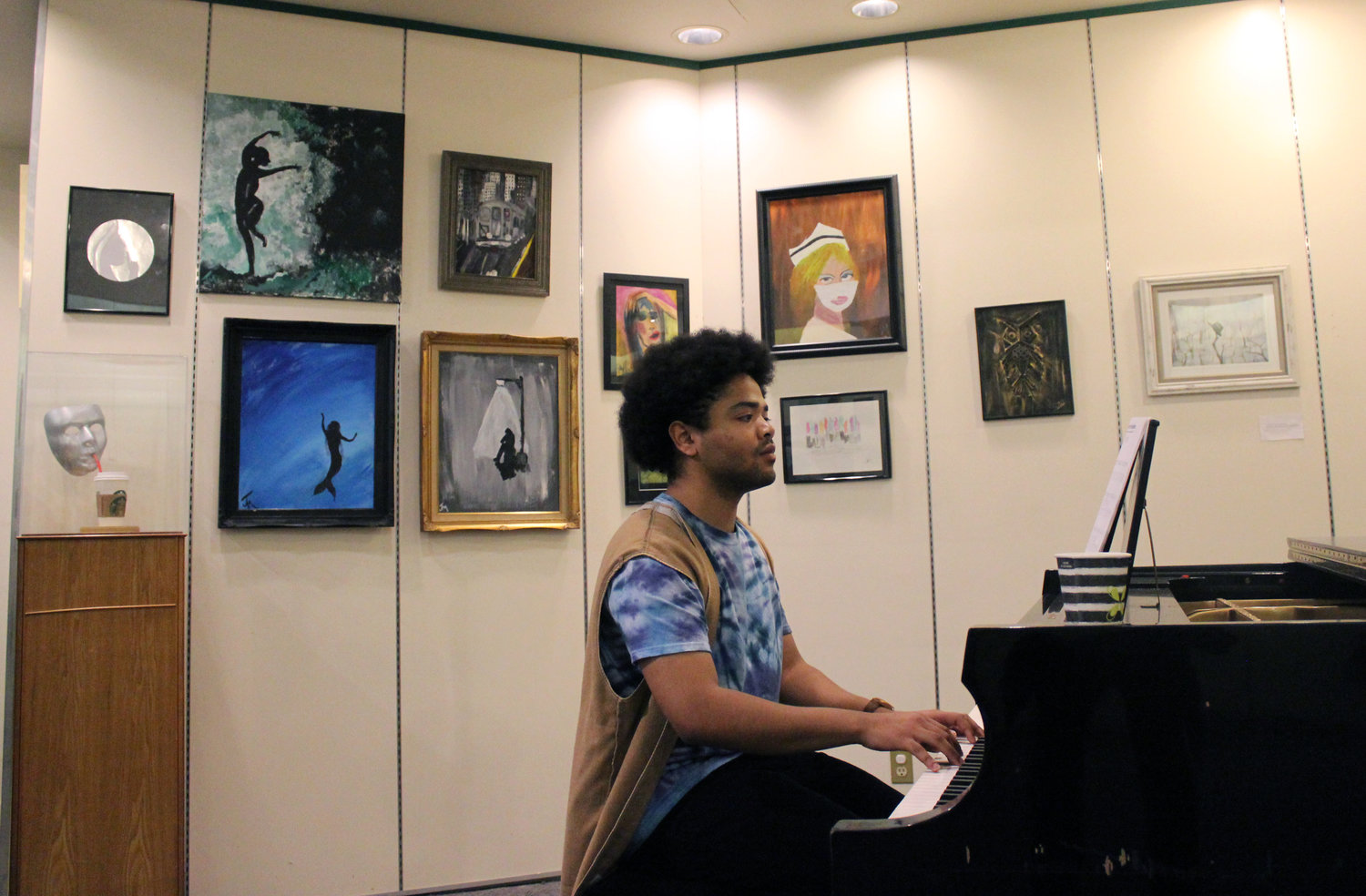 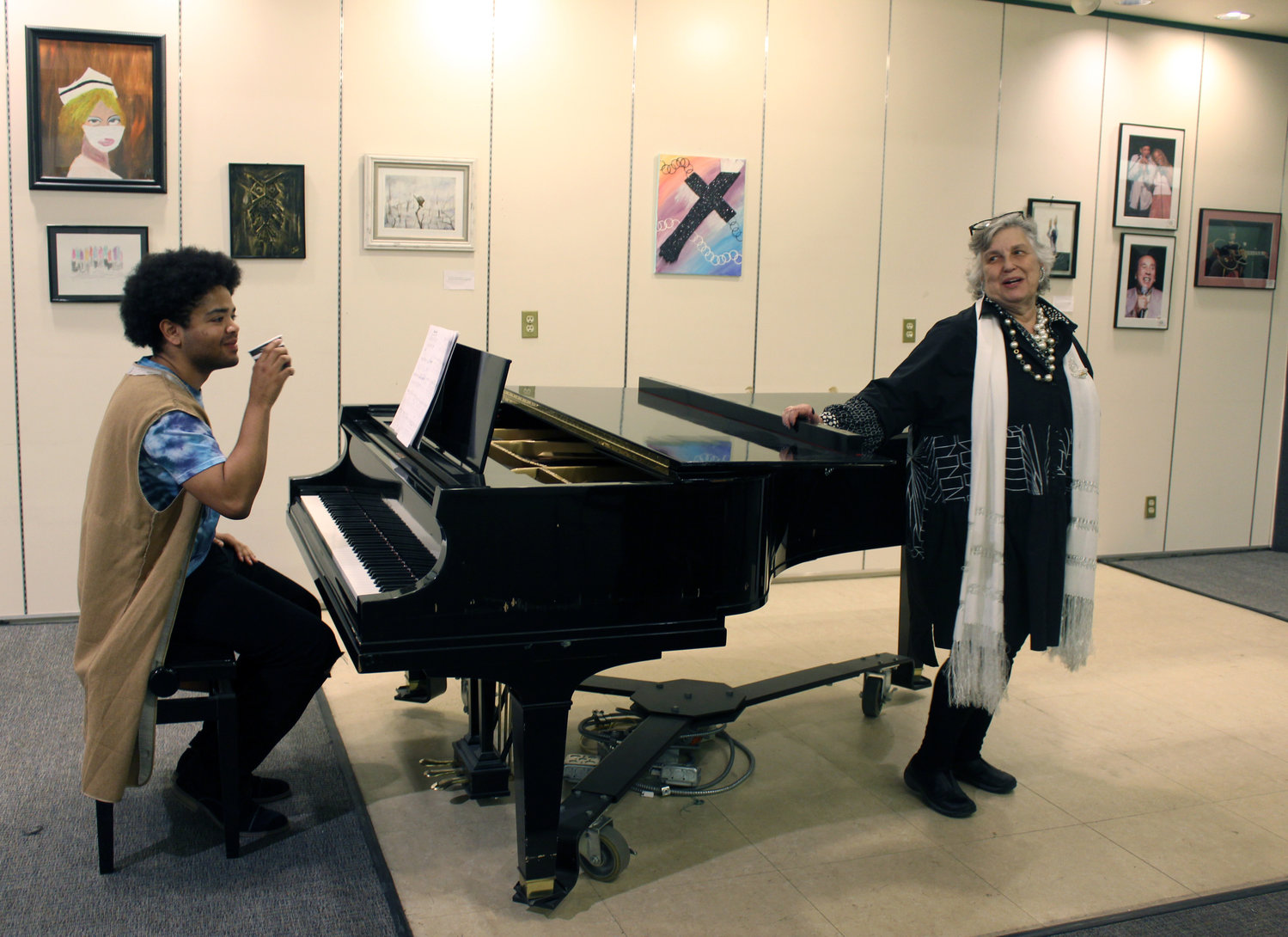 Local artists mingled and viewed one another’s work as a piano played in a pop-up art gallery last Sunday at the Samanea New York Market, the former Source Mall, in Westbury.

Employees of the East Meadow Public Library created the gallery for the opening reception of the library’s annual Invitational Art Show. While the facility is being renovated and open only for limited use, it is holding its programs at the market.

This year, Charlie Fosso, 27, of Levittown, organized the event, and invited more than a dozen artists from across Long Island to take part. Fosso worked at the library part-time for roughly a decade before becoming a full-time employee two years ago.

This was the first event he coordinated on his own, even creating the pop-up gallery in the space the library rented from the Samanea New York Market. In total, the show featured 67 pieces from 19 artists, as well as some last-minute entries the participants brought the morning of the event.

“The important part about this show is the community coming together,” Fosso said, “and sharing their work and making connections.”

Fosso recently started painting, and included some of his own pieces under the pseudonym Hoyt Harringbone. “My stuff is kind of hidden here,” he said. “I just think it’s funny to use the made-up name. It’s like my art is in my own little world.”

One of the featured artists was Jerry Cohen, 82, of East Meadow, who has also had his work on display at the library’s Veterans Day Art Show. Cohen has been sketching since he was a child in the South Bronx, and now teaches art classes when given the opportunity at art-supply stores like A.C. Moore and Michaels.

Cohen served in the National Guard from 1958 to 1963. After his service, he began taking classes in graphic design, and he eventually became an independent printing broker and graphic designer who contributed to J.C. Penny, Avis and a number of Long Island printing companies.

East Meadow’s Karen Kirshner, another featured artist, specializes in abstract acrylic paintings. She has garnered attention across Long Island. Her 2018 piece “Rivaling Faith (Moving On)” was the cover artwork for the February 2019 issue of BJ Spoke Gallery magazine, run by the Huntington venue of the same name, where Kirshner has had many of her paintings displayed.

The Invitational Art Show will remain on display until the end of December. The East Meadow Public Library has an array of upcoming events at the library and at the Samanea New York Market. Its full calendar can be viewed at https://bit.ly/2OLAbnT.