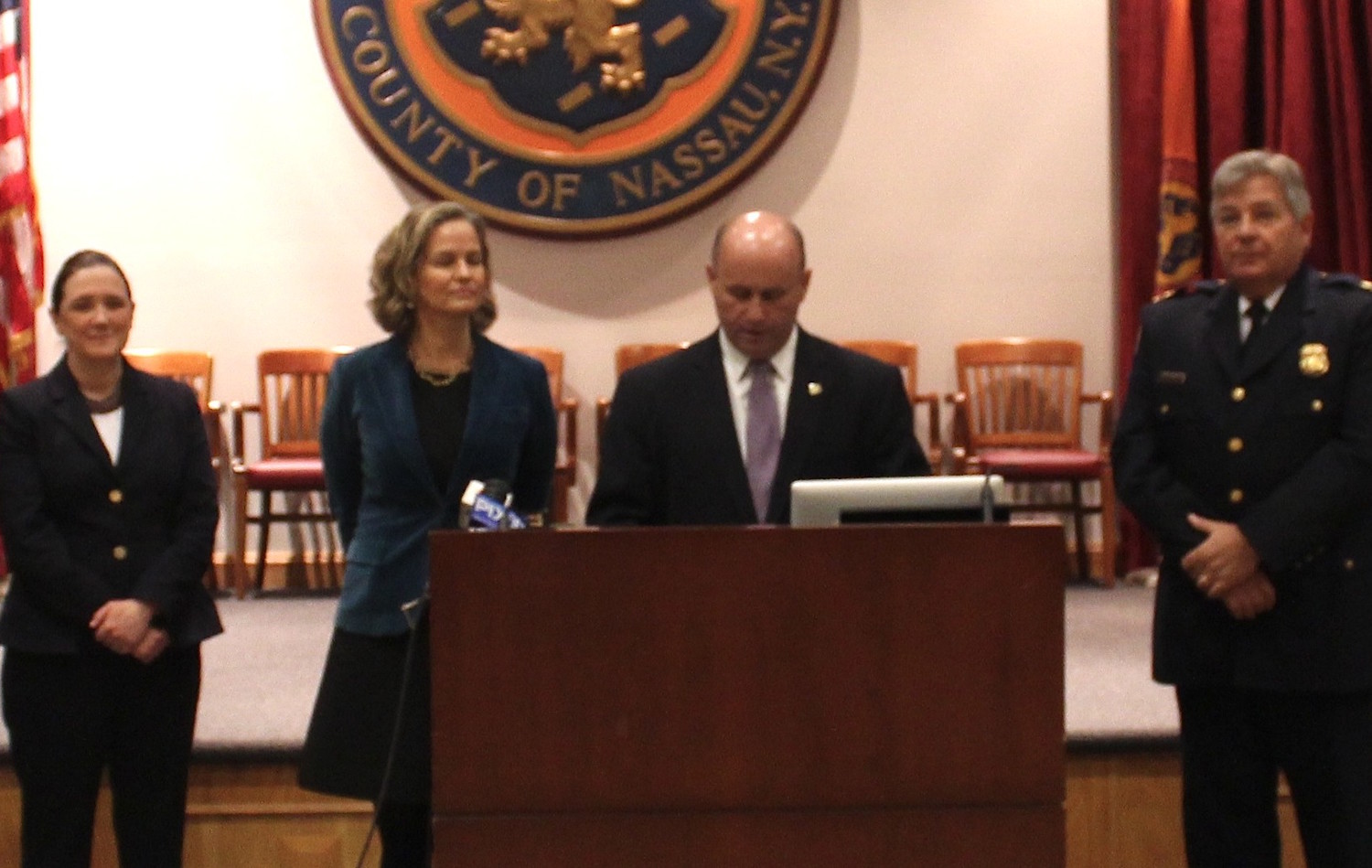 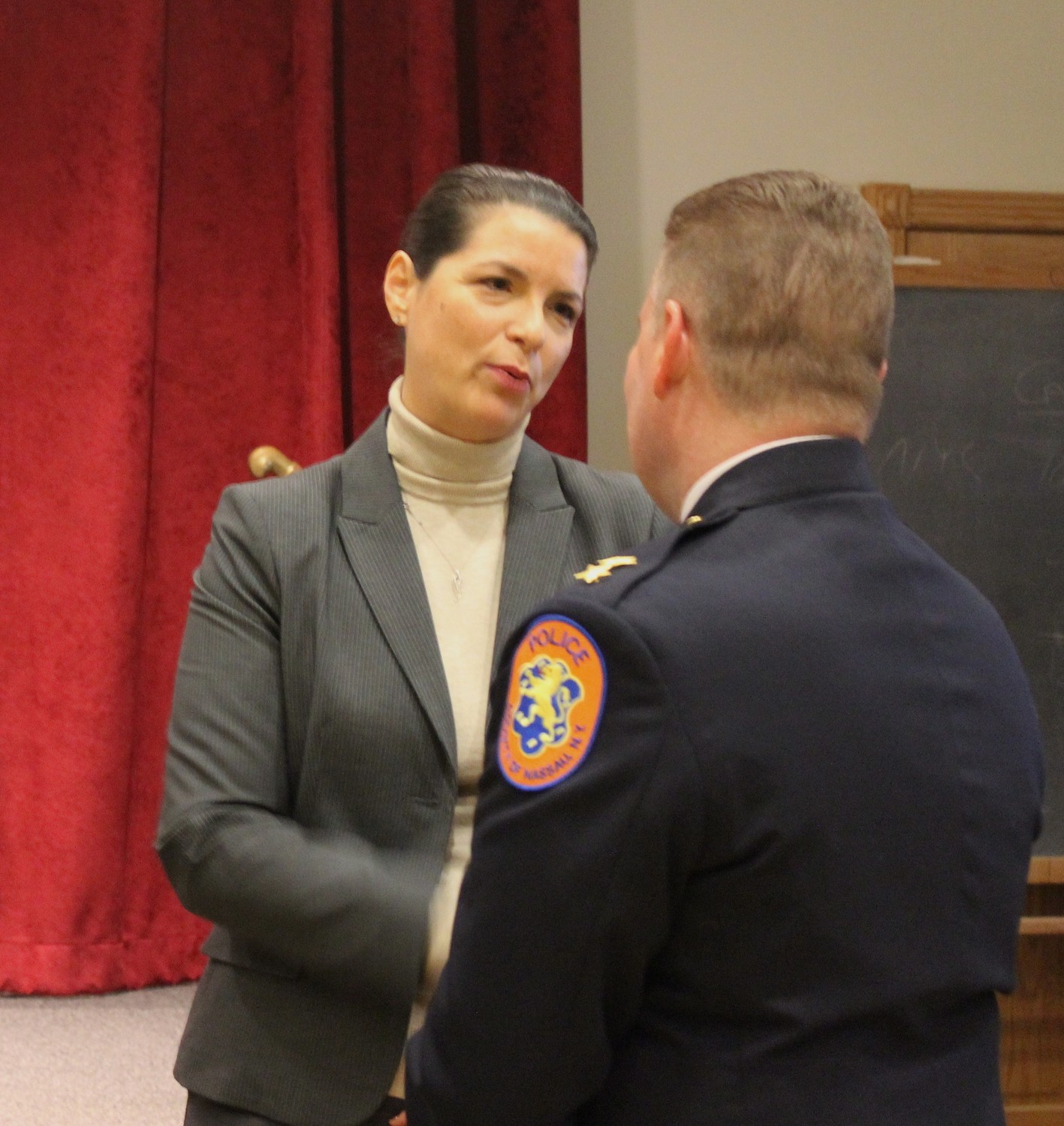 Marianela Casas has served as the Long Island Representative for Gov. Andrew Cuomo, where she worked closely with community and municipal leaders across Long Island.
BRIAN STIEGLITZ/HERALD
Previous Next
By Brian Stieglitz

Nassau County Executive Laura Curran announced Wednesday her decision to appoint Patrick Ryder, the acting commissioner of the Nassau County Police Department, as the department’s commissioner. For the past four years, the post had been filled by an interim commissioner.

“At the end of the day, [Ryder] has emerged as the right person, at the right time,” Curran said at a news conference at the Nassau County Police Department Headquarters. She noted that Ryder was the most qualified out of a pool of interested candidates across the 2,500-member department.

Last January, he was named deputy commissioner, and last July, he became acting commissioner. Major crimes have decreased in Nassau by 30 percent since 2012.

Ryder explained that his first priority as commissioner will be to establish the Commissioner’s Community Council, a police task force that will establish a subdivision in each of the 19 legislative districts.

This, he said, is the best approach to tackling the opioid epidemic, gang activity and crime in a targeted approach for each neighborhood. “We’re going to have greater outreach into our communities than ever before,” he said.

To assist in this effort, Ryder appointed Marianela Casas, of Freeport, as assistant commissioner for community engagement. Casas has served as the Long Island representative for Gov. Andrew Cuomo, working closely with community and municipal leaders across Long Island.

Pending the Legislature’s approval next month, Ryder will make $249,500 in his new role and begin in February.