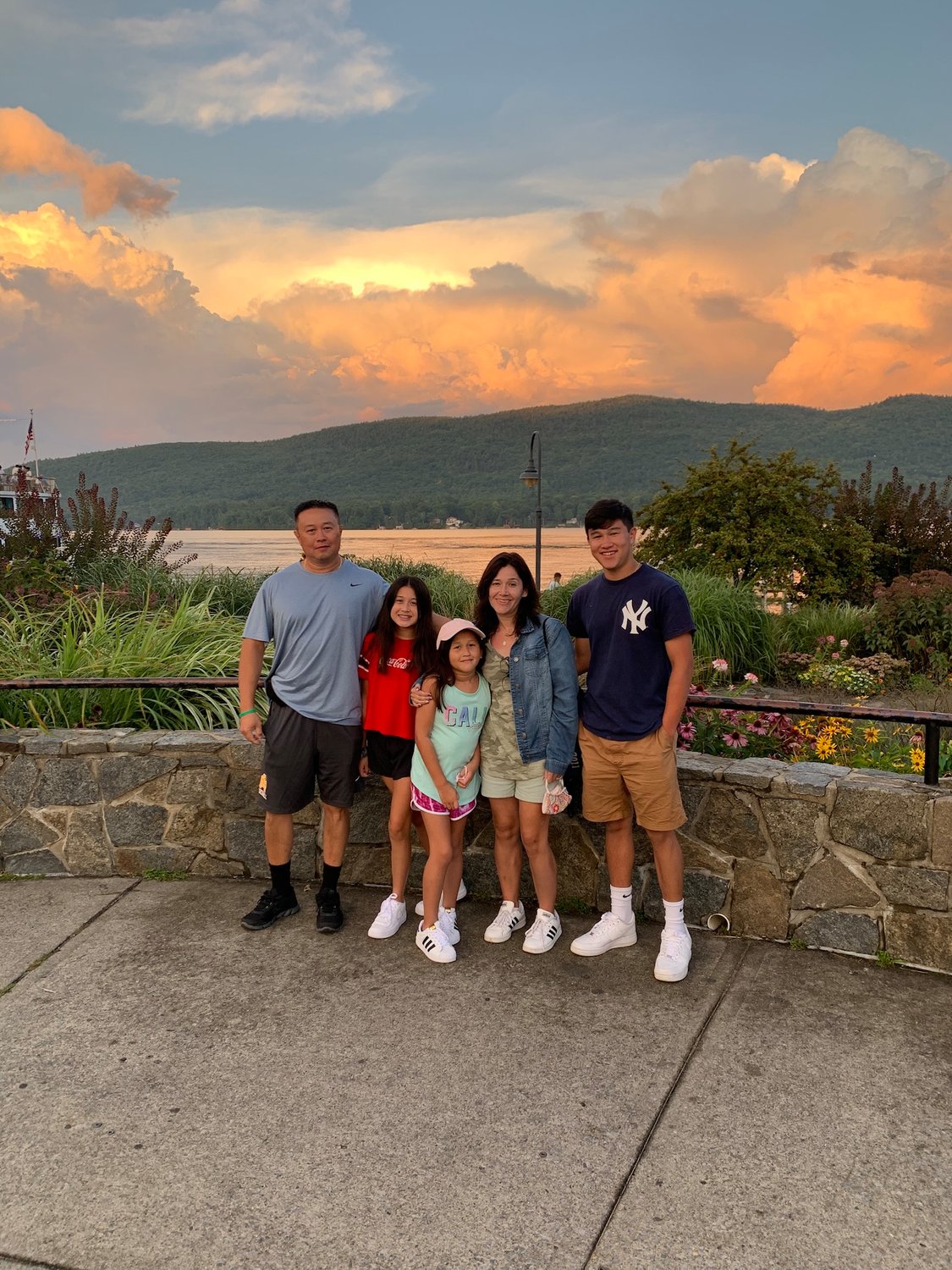 Liz Kong is very involved in the PTA, but what is most important to her is her family, Mel, left, and her children, Emily, Ashley and Ryan.
Courtesy Liz Kong
Leading the PTA

Liz Kong, who once worked for J.P. Morgan arranging financial portfolios for clients worldwide, has spent more than a decade as an East Meadow Parent Teacher Association volunteer. She has served on the group’s executive board during much of this time, and she said she cherishes her experiences as a PTA president and vice president.

“I love when I see a child happy,” said the 50-year-old East Meadow mother of three. “I love when a child knows my name. But I don’t do things to be acknowledged. I do it because it makes me feel good.”

One of Kong’s fondest memories is when she brought Ashley, who was an infant, to Barnum on Art Night. “She was wrapped in a pouch and I remember hanging the art work and everyone kept trying to take the stapler away from me,” she said, laughing. “I was the stroller lady for years.”

Mel Kong, her husband, also 50, said they are both active in the community. “We enjoy what we do,” said Mel, director of the East Meadow Little League’s Over 13 Boys’ Division. “The common denominator for us is helping children.”

Liz also serves on the PTA’s Founders Day Committee. She described the experience as “exciting” and said she enjoys seeing how happy people are when they are honored.

She, herself, is no stranger to also being honored. Chosen as a Woman of Distinction in 2018, Kong was honored by Nassau County for her volunteerism, and received a letter saying she was chosen again in 2020, before the event was canceled because of the coronavirus pandemic.

PTA Council President Donna Goldstein recognized what an asset Kong would be to the PTA. Impressed by her work as a PTA vice president at Barnum Woods for two years, Goldstein asked Kong to serve as the Barnum PTA president in 2017.

“Liz is very driven, passionate and determined,” Goldstein said. “She’s one of those people who gets things done, whether she is the president or is sitting on a committee. She’s always looking to make children happy.”

Barnum Woods Principal Gregory Bottari described her as a valued leader, saying “She has always been and continues to be all about pledging allegiance to children.”

Liz and Mel are originally from Flushing, Queens, having first met in middle school. Mel remembered what attracted him to Liz. She often looked to help other students, he said, offering homework help. When they worked together at Wendy’s, him flipping burgers and Liz minding the cash register, she helped other employees.

“People are fond of Liz because of her giving nature,” Mel said. “I knew she’d be a good wife because of that.”

Dating in college, they married in 2000. Their wedding DJ encouraged them to move to East Meadow, where he lived.

Learning that East Meadow had excellent schools, they visited the area shortly after their wedding. Then, Liz said, she saw a house in East Meadow that she fell in love with and the couple bought it the same year they were married.

Describing East Meadow as a very inviting community, she said her neighbors have been wonderful, and she has made many friends.

Although she was a 1994 graduate of John Jay College with a degree in forensic psychology, Kong never entered that field. She worked as a broker in Manhattan and was hired by J.P. Morgan in 1999 for its family wealth management department. She advanced there, becoming an assistant vice president of client services in 2001. But when J.P. Morgan relocated to Delaware in 2009, Kong was laid off.

The mother of two children, she didn’t want to continue commuting to Manhattan. Kong loved being a stay-at-home mom for nine years, raising her children, Ryan, 18, Emily, 14 and Ashley, 9.

Mel, who is a portfolio account at Bank of New York Mellon, called his wife a hero. “At the end of the day, she makes sure the kids have their clothes out for school the next day, she makes their lunches and dinner,” he said. “She’s a super woman.”