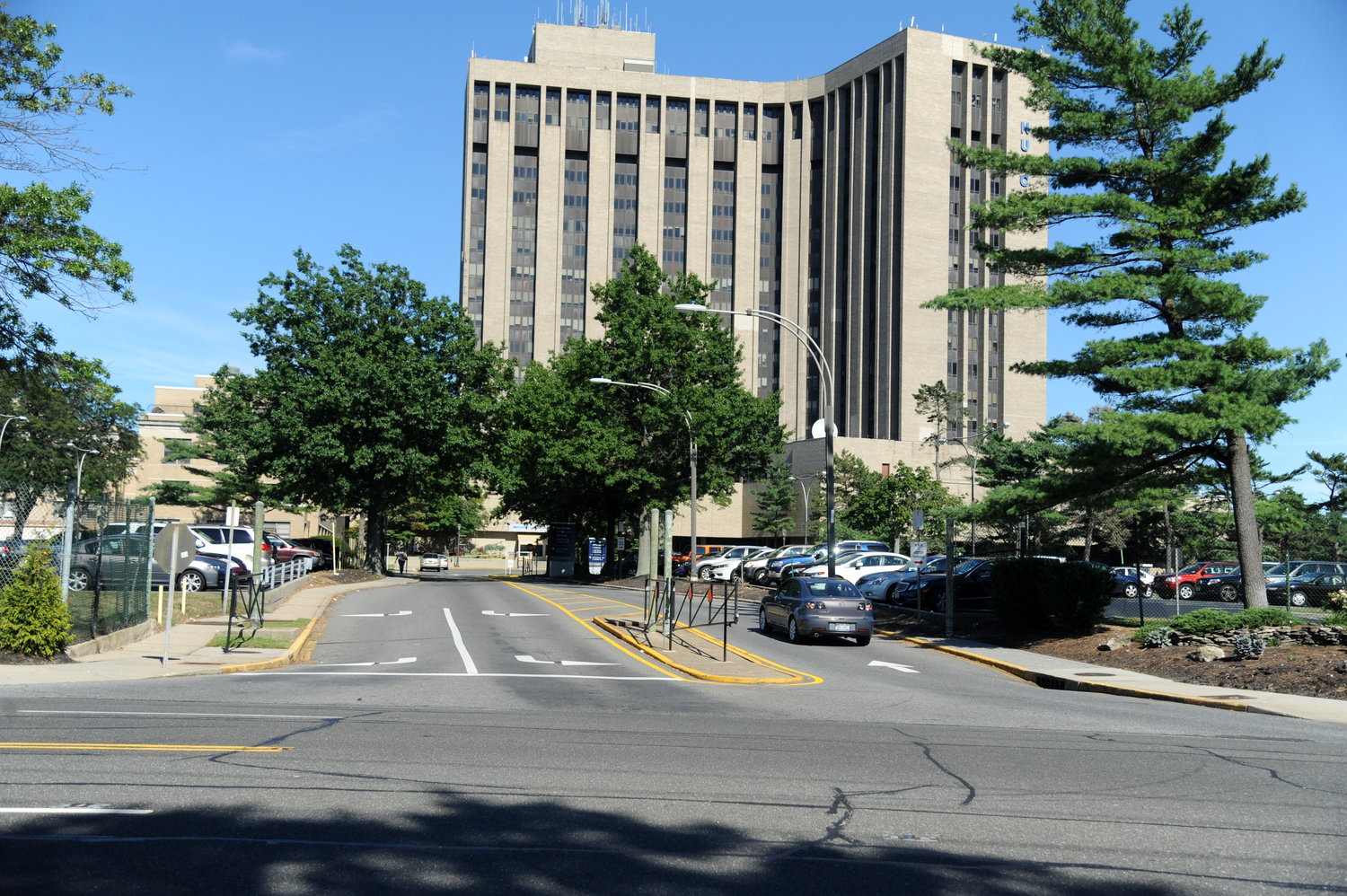 The operator of Nassau University Medical Center and the A. Holly Patterson Extended Care Facility in Uniondale, known as NuHealth, is operating at a deficit. Hospital officials have ideas on how to fix it, and it doesn’t include closing the hospital.
Herald file photo
By Mallory Wilson

The public benefit corporation running Nassau University Medical Center has suffered an operating loss of $135.6 million in 2021, an audit revealed.

The audit, requested by NUMC Board Chairman Matthew Bruderman, showed that NuHealth, which also operates the A. Holly Patterson Extended Care Facility in Uniondale, is struggling.

Auditors from the accounting company Grant Thornton said that the corporation “is dependent on the continuation of federal, state and local subsidies, certain of which have or are scheduled to end or be reduced. These matters raise substantial doubt about NHCC’s ability to continue as a going concern.”

The corporation’s operating deficit is up from last year’s number of $102.3 million.

Dr. Anthony Boutin, chief executive and president of NuHealth told the Herald in a statement that, “the 2021 audited financials reflect the impact of a drastic and unacceptable decrease in New York State aid to Nassau Health Care Corporation from 2020 to 2021 …”

“We have faced a range of complex fiscal and management challenges for many years and as a result, NHCC’s new administration is in the process of developing a multi-faceted fiscal management plan to finally help strengthen the long-term financial health of the hospital.

Boutin said continued state aid is critical to the viability of any public hospital, let alone the only public hospital that treats everyone regardless of their ability to pay in one of the nation’s largest counties.

Nassau County Executive Bruce Blakeman agreed with Boutin. “This is a hospital that is a Level One trauma center, that has an emergency room, that’s the busiest on Long Island that serves a population that’s economically vulnerable,” Blakeman said. “I think basically, the state has an interest in closing the hospital, because I’m not sure that the state is willing to make an investment in people’s health and I think it’s a shame, and I’m going to fight it.”

Bruderman said the main reason for the deficit is that NUMC is a safety-net hospital, meaning the hospital provides services for those who are uninsured, on Medicaid, and Medicare and other vulnerable patients.

“The fact is that all of the other hospitals are generally for profit,” he said. “This hospital is supposed to take care of people regardless of their ability to pay.”

Bruderman said roughly 20 percent of all billings sent out never get paid. “A lot of the things that hurt the hospital is the fact that no one is going out to the community and explaining that this is the only safety-net hospital on Long Island,” he said. “I think the fact that the hospital is losing money is sort of by design.”

Future cost adjustments and future pension liability is also a factor in the hospital’s financial losses. The audit mentioned NuHealth’s liabilities, which include pensions, and the corporation’s liabilities, were more than $1 million in 2021.
According to Bruderman, the another big problem for the hospital is the payout reimbursement rates from the insurance companies.

“We’re highly Medicaid and Medicare, and they have not increased their rates in a very long time,” he said. “We’re performing procedures for people that society says we want to take care of with Medicaid and Medicare, but the hospital that’s a safety net, that’s supposed to provide for them, that we want in our community, is getting reimbursed less money than it costs to do (the procedure). That’s broken, not the hospital.”

State Sen. Kevin Thomas, a Democrat whose district includes NUMC in East Meadow, said the hospital leadership just doesn’t have a plan. “Every time they do an audit, they see a deficit,” Thomas said. “And there’s no plan in place to do something about it.”

Despite Blakeman saying that he thinks the Democratic-controlled state wants to close the hospital, Democratic state lawmakers deny it.

“I even helped negotiate money for distressed hospitals,” Thomas said of money put aside in the current state budget. “I’m trying to get them as much money as possible.

“But no matter how much money we inject into the organization if we don’t have good leadership, we’re going to continue to see the deficit.”

Bruderman, who was picked by Blakeman to run the board, has ideas about how the hospital can be saved, which includes an increase in government funding.

Another way is philanthropy. “If you go to any of the other local hospitals and you walk in there’s a name on the side of the building,” Bruderman said. “Bad press is hurting this hospital even in regard to getting philanthropy.”

A third way is attaining profits from high generating margin business, like elective and specialty surgeries. The hospital already has a hyperbaric unit, Long Island’s largest, that is used to treat burn victims, carbon monoxide poisoning, and decompression sickness along with being used for wound management.

A cardiac catheterization lab, which has been asked for by community members, could be in the works as well to generate revenue.

“There’s great stuff for cats, dogs, this, that, and the other thing but to me supporting a hospital in your community that gives care to people that can’t afford it is better than that,” Bruderman said. “You’re giving them life, you’re giving them health.”
Report an inappropriate comment