Sharing a steak, or two or three, for veterans 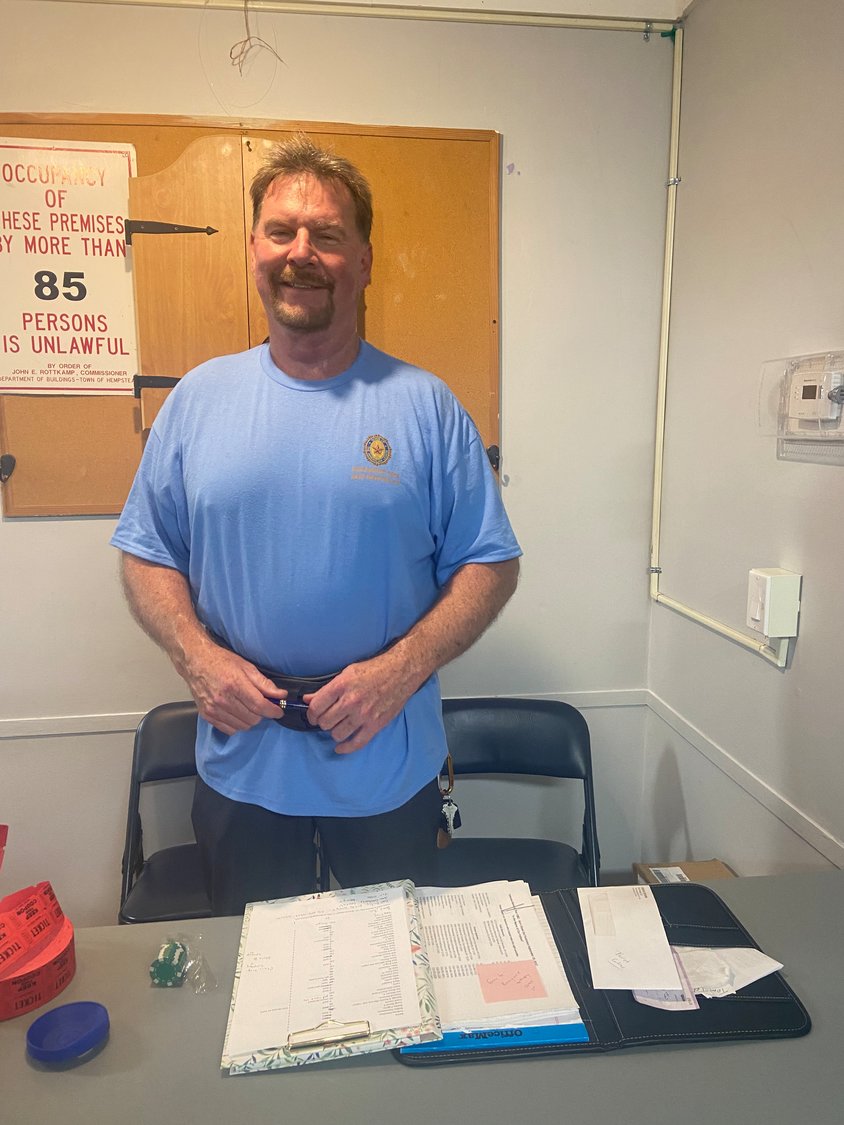 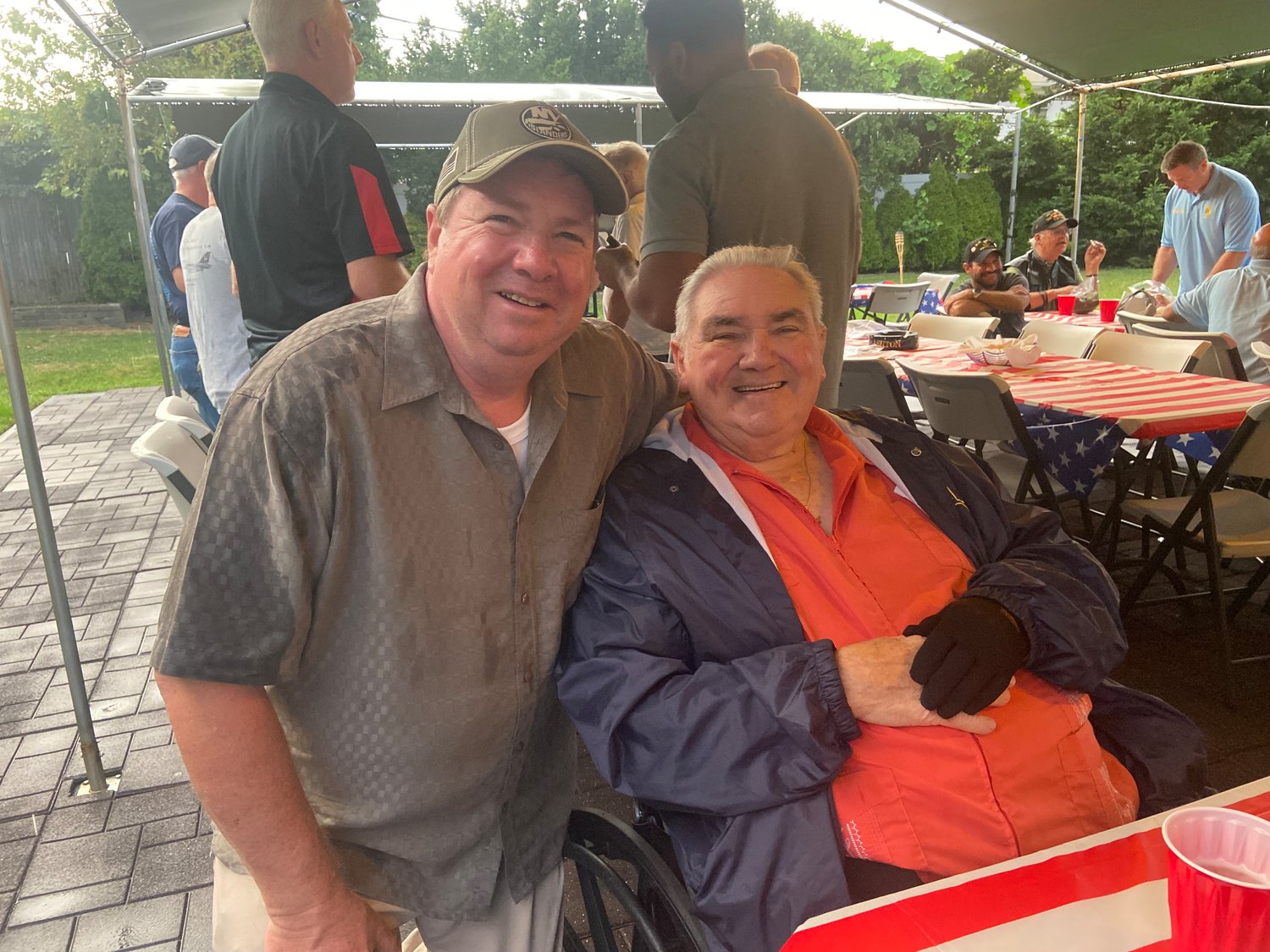 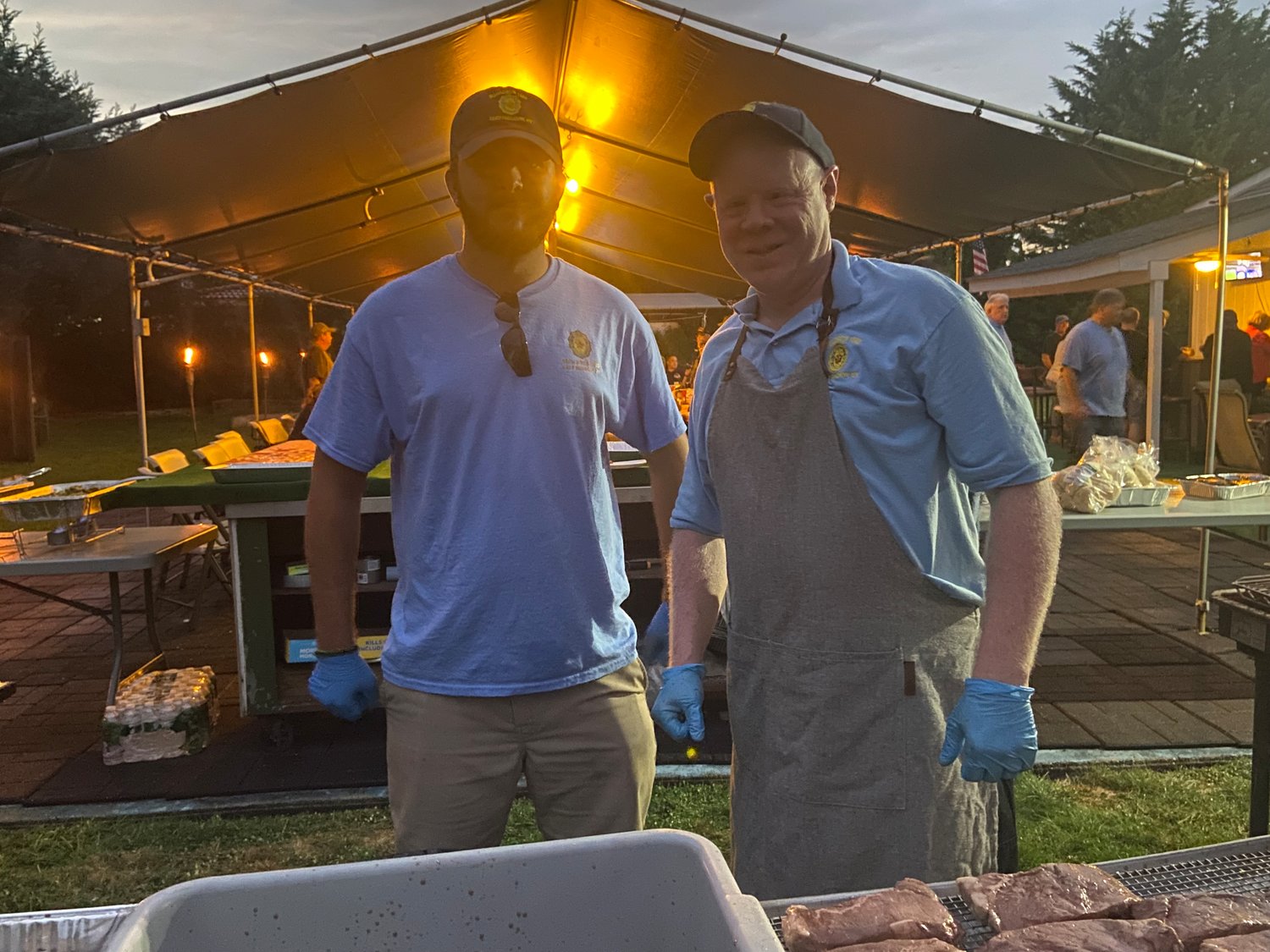 Legion member Mike Leake, right, did most of the cooking for the Steakout. Steven Papagni, left, gave him a helping hand.
Previous Next
Want to help feed a vet?

From one rainy night — with steaks, beer, cigars and conversation — came thousands of dollars raised for veterans. The Sons of the American Legion Squadron 1082 held their Steakout fundraiser on Monday, and more than 50 East Meadow neighbors came out to show their support.

After bringing new life to the Sons last year, the officers of the squadron — a group of men who had parents or grandparents that served in the military — wanted to start helping veterans in a big way in the name of their fathers, First Vice Commander Mark Papagni said. He estimated that between the dinner fee, raffles and donations, the effort raised over $7,000.

“This is going to be our big event,” said Papagni, a financial adviser with the New York Life Insurance Company. “It’s a start.”

All of the money raised at the Steakout had a specific purpose. A percentage had been pledged to the Bay Shore-based United Veterans Beacon House, a nonprofit veterans service organization. Founded in 1994, it helps more than 800 veterans and their families each year across Long Island.

Beacon House has 50 housing locations across Nassau and Suffolk counties, with 25 of the homes for veterans only. The organization also helps veterans find jobs, pay their utility bills and arrange funeral services.

“Some of them don’t want any help,” Post 1082 Commander Pete Wenninger said of some homeless veterans. “But they still need a square meal, they need a bunk and furniture.”

Wenninger stressed how important it is to help homeless veterans, because coming home from war is not easy. Minds have been altered, post-traumatic stress disorder has taken effect, and many vets don’t know how to rejoin society, he said.

“These are programs that need to be enhanced by government,” Wenninger said of Beacon House. “You go and reach out to places like Beacon House, who will give you a bunk, give you a square room with a dresser, and patio furniture, and then they have a chance to decompress or a place to feel safe.”

Some of the money will stay at the East Meadow legion, and will help it create its own color guard — including official uniforms, from shoes to shirts to hats. “We want them to look real crisp,” Papagni said. “Just like the military.”

There were a host of raffles to be won on Monday, and most of the winnings came from East Meadow businesses. “I went to businesses in East Meadow, and other members of the Sons went to the businesses, and not one of them turned us down,” Papagni said. “There are businesses that aren’t doing well that still helped us out.”

More than 30 local businesses either provided gift cards or other items to be raffled off, and others donated cash. Jake’s Steakhouse, on Hempstead Turnpike, donated the steaks. Businesses beyond East Meadow contributed as well.

“I’m so appreciative,” Papagni said. “Everyone I asked stepped up when they heard it was for the veterans.”

Some people who couldn’t come to the event donated money by buying dinner for a veteran.

“It’s a great place to give back to these guys that have given us so much over the years,” Legion member Walter Skinner, of the Skinner Agency, a subsidiary of Allstate Insurance, said. “It’s great that (Papagni) involved businesses to get the funds and support from the community.”

After the revamp of the Sons of the American Legion Squadron, the group now has over 50 members. Ultimately, Papagni said, it’s all about the service. “I’m not a police officer, I’m a financial services guy,” he said. “I can’t help out the way they help out, so I figured out another way. I teach my son how to do service, and that’s what it’s all about, and now they’ve become my friends.”

“We have a family here at the American Legion hall,” Wenninger said.