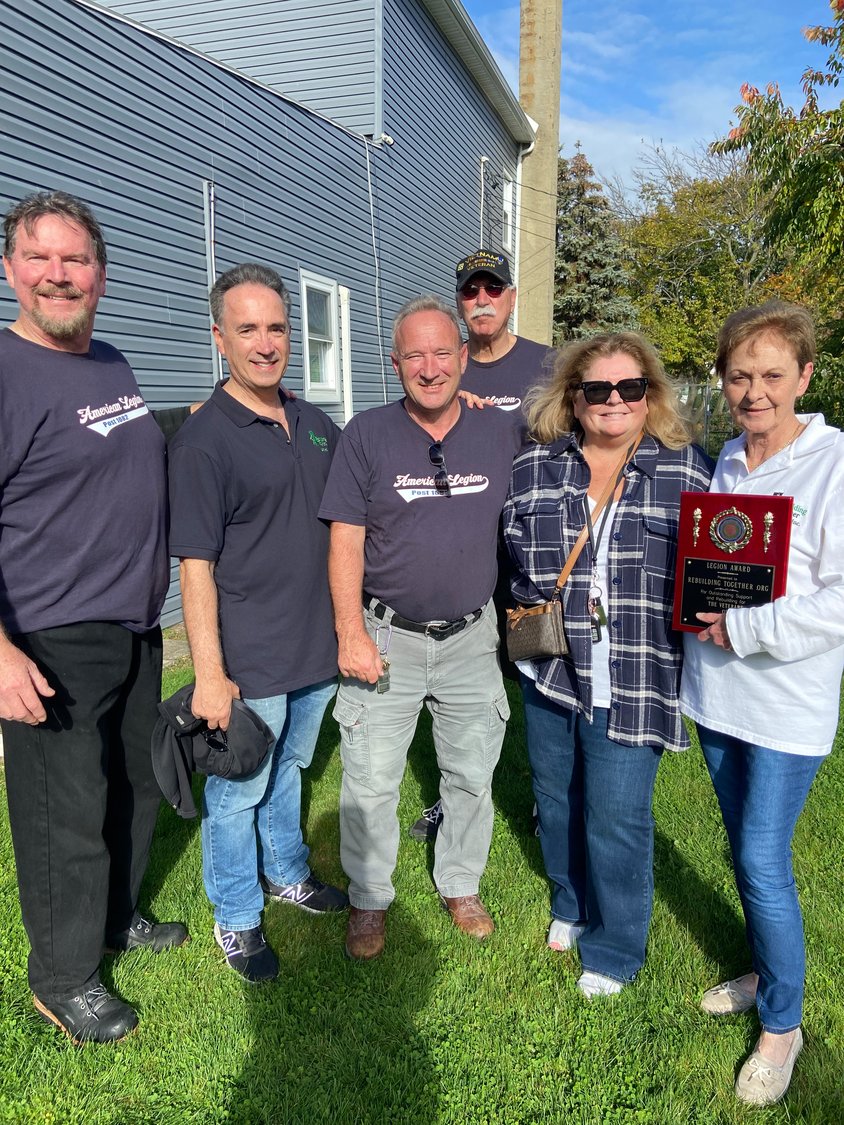 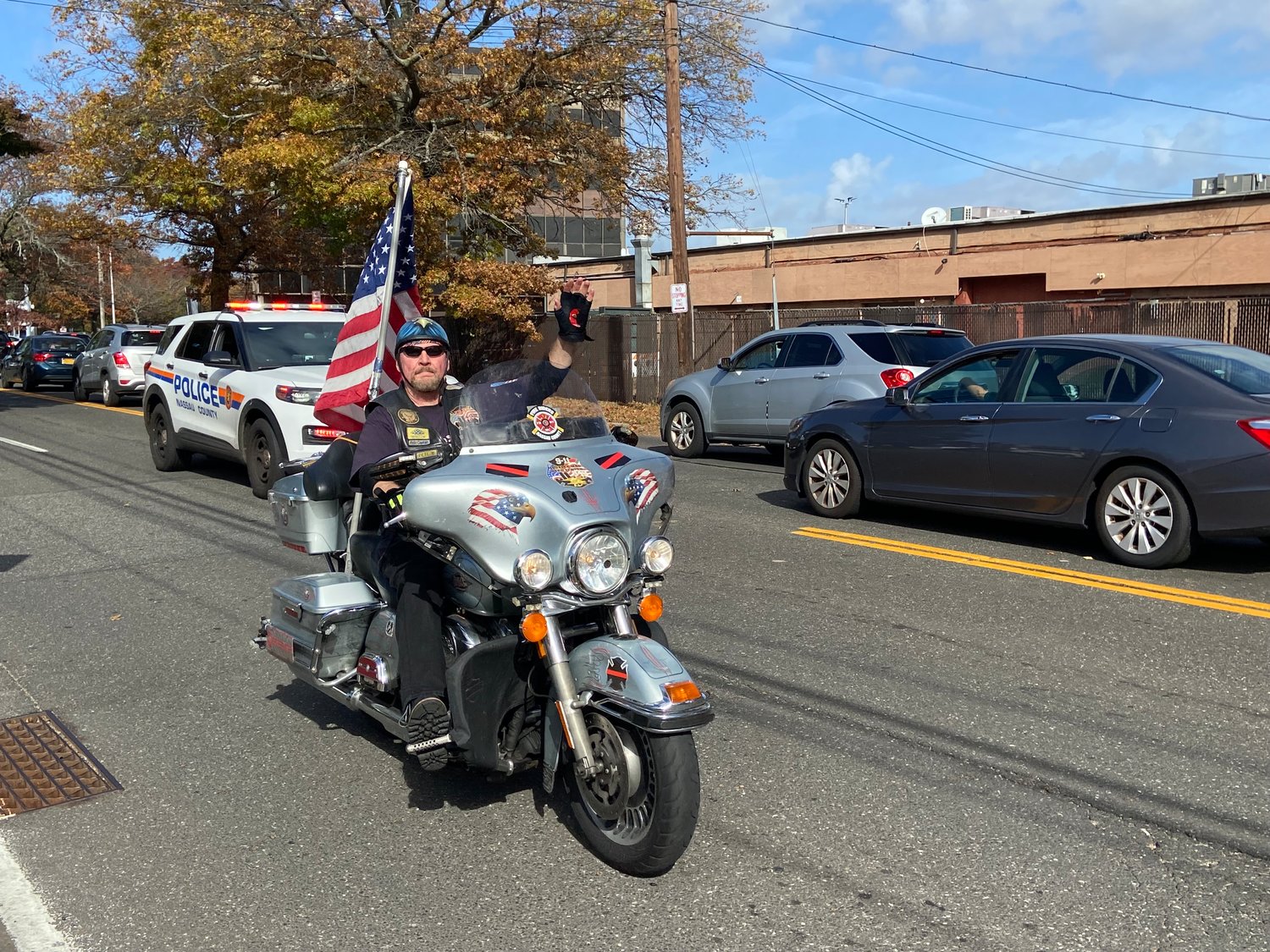 Pete Wenninger, the past commander of the East Meadow American Legion Post 1082, helped organize the car parade for veterans for the pre-Veterans Day celebration on Nov. 5. 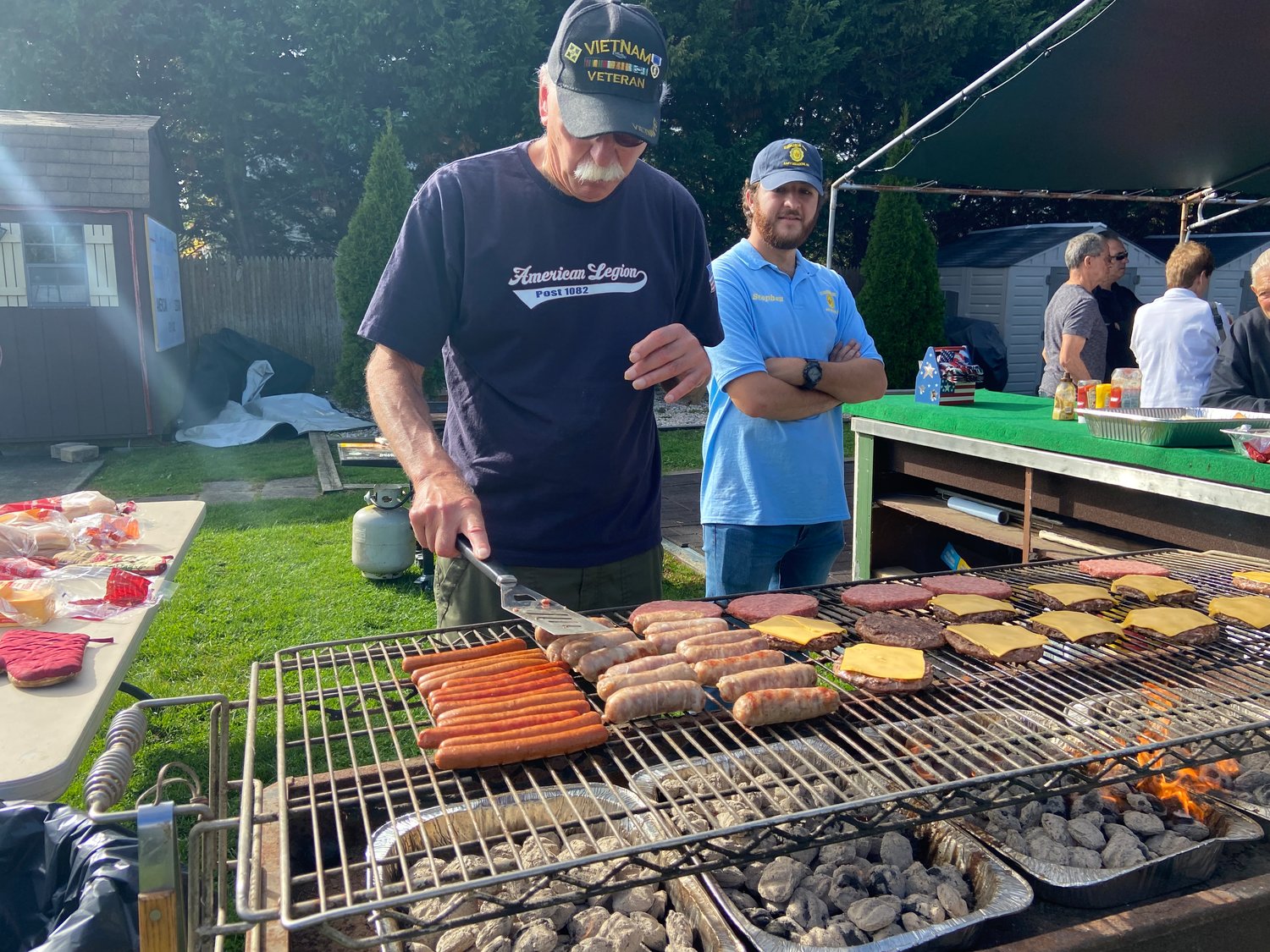 Dan Carbonare cooked up some burgers and dogs while Steven Papagni lent a helping hand.
Previous Next

Members of the East Meadow American Legion Post 1082 started the Veteran’s Day celebration a little bit early this year with a police-escorted car parade through East Meadow and a barbeque and ceremony back at the American Legion Hall. Non-perishable items were also collected for homeless veterans.

The car parade started at 1900 Hempstead Turnpike, across from Eisenhower Park in East Meadow. Nassau County police escorted everyone.

In conjunction with the afternoon festivities, Pete Wenninger of the Legion had special awards ready for two unsuspecting legion supporters.

The first was given to Steve Walker, vice president of Rebuilding Together Long Island, a non-profit founded in 1992 by a small group of volunteers who help needy homeowners who were having difficulty maintaining their homes. Walker along with Stella Hendrickson, the president of the organization and Howie Schaefer, a volunteer helped the legion be restored to what it is today.

They have a specific part of the organization dedicated to helping veterans — the Hero Home Improvement Program. Through this program the East Meadow legion got a revamped first floor. Ramps were put in, the walls were painted, the floors were redone and other projects were completed.

Eileen Napolitano was the other recipient who got recognized for all the help that she gives the legion. Wenninger spoke highly of her and of anyone who goes above and beyond to help veterans, especially those in East Meadow.