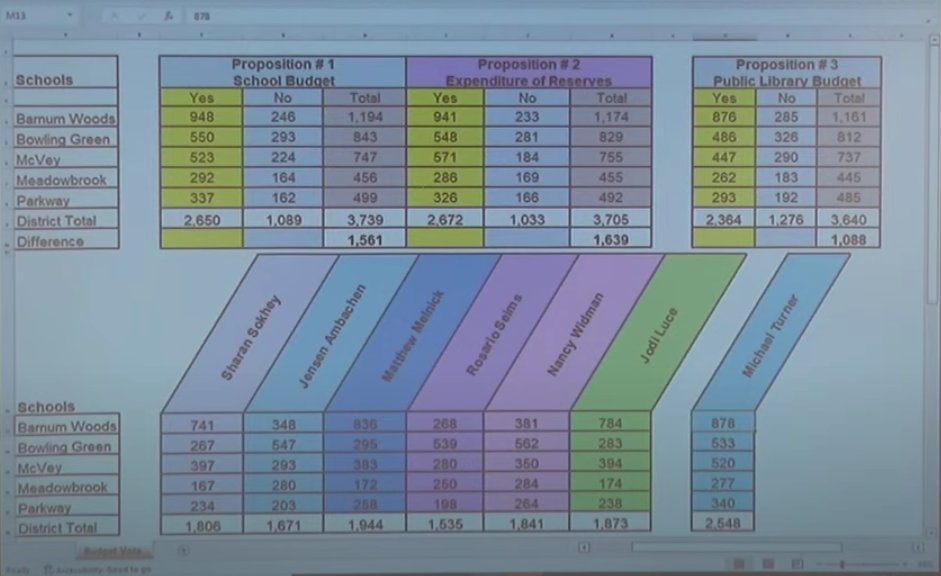 East Meadow's $228 million budget has been approved for the upcoming school year.
By Mallory Wilson

The votes are in. East Meadow School District’s $228 million budget has passed with 2,650 votes in favor and 1,089 votes against on Tuesday. Along with the budget, voters have chosen the incumbents Matthew Melnick and Jodi Luce and newcomer Nancy Widman to fill the three vacant seats.

The budget includes a 4.48 percent increase and a tax levy increase of 1.4 percent which doesn’t pierce the tax cap.

One of the major additions to the school year next year is the addition of the integrated co-teaching program into the elementary schools. For the past four years the program has been used on the secondary level. It’s to be put into effect in the district’s five elementary schools. An ICT classroom consists of a general education teacher and a special education teacher providing instruction together to students who have learning disabilities and those who don’t.

The state aid in the budget increased to an estimated roughly $4.3 million to get the district to almost $55 million in state aid.

Proposition two of three additional classroom spaces at McVey Elementary School passed with 2,672 votes in favor and 1,033 votes against.