What happened at the BOE meeting? 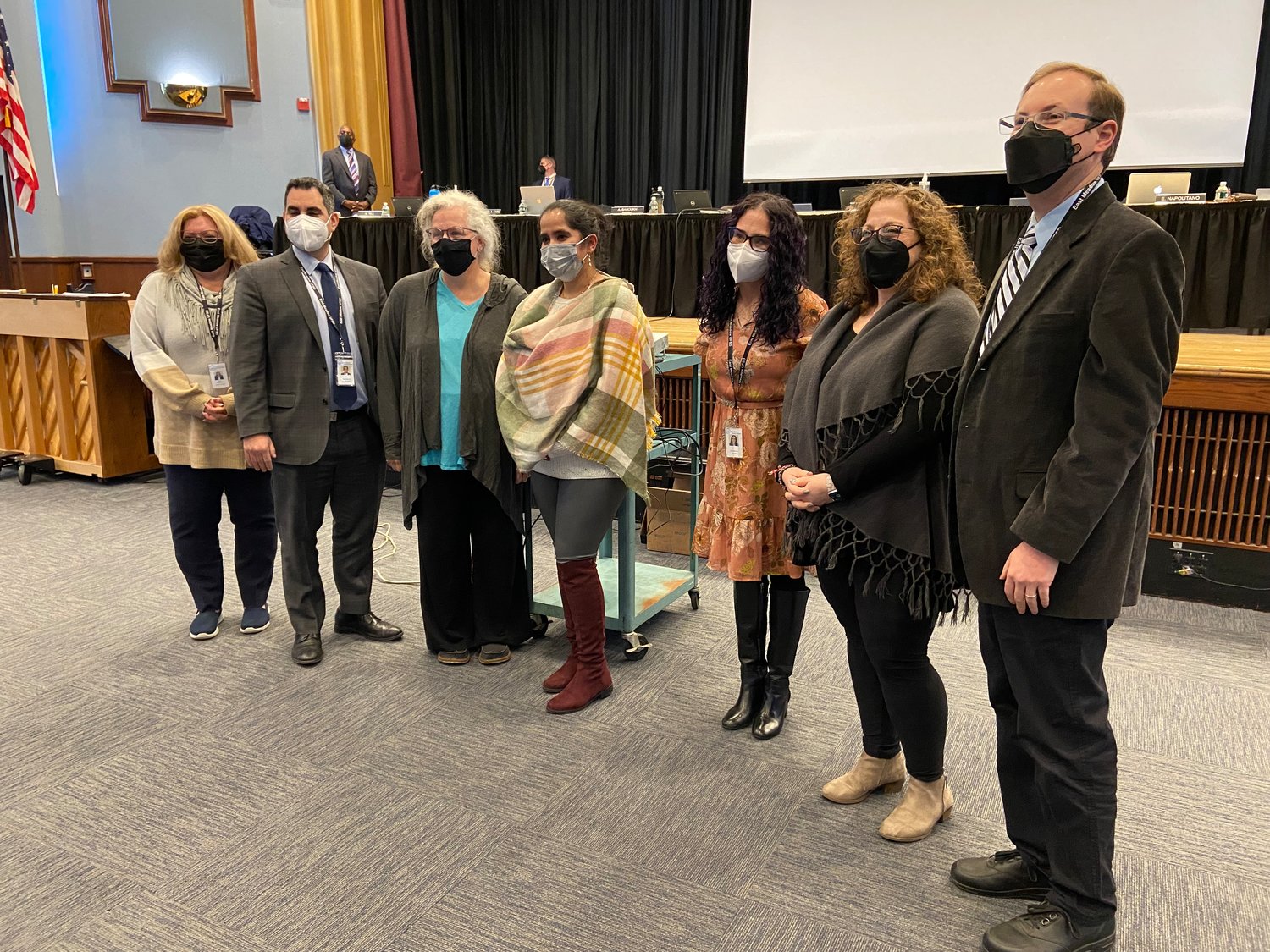 The East Meadow Board of Education had their monthly meeting on Jan. 12 held at East Meadow High School rather than the usual Salisbury Center.

At the beginning of the meeting it was announced that a new member would be joining the Board of Education. After receiving nine letters of intent, the board chose Sharan Sokhey to fill the vacant seat until the next election. Sokhey was sworn in before the board and the audience.

“Congratulations to Mrs. Sokhey, we are delighted to have you here,” Alisa Baroukh, president of the board of education said at the meeting. “...Mrs. Sokhey really stood out to us.”

Baroukh informed everyone that Sokhey earned her Bachelor’s degree in economics from Berkeley College in California and her Master’s degree in education from Santa Clara University in California. She was a math and science teacher for sixth graders in California until she moved to East Meadow in 2007.

She has two sons and is the immediate past president of the McVey PTA, Baroukh said.

Baroukh addressed the new County Executive Bruce Blakeman’s Jan. 7 order that instructed the board of education to vote on whether to continue to require masks for students. She said that the Board took Blakeman’s, Governor Kathy Hochul’s and Commissioner of Education Betty Rosa’s statements into consideration when making their decision.

“Based on all that we have read, we believe that it is clear that the masking mandate still remains in effect,” Baroukh said. “As such it is also clear that failure to comply with the education department could be a violation of law subjecting the Board to removal and loss of crucial aid to the school district.”

She also noted that she knows that there are parents who are upset with the order and that the Board has read every letter received.

Principal Kelly Di Scalfani will be retiring after 32 years and the Woodland Middle School Assistant Principal, Danielle Lasher, will be taking over come Feb. 1.

“Being a principal is not an easy task especially during a pandemic,” Card said. “It takes someone very special to handle it all. Over her tenure in the East Meadow School District Ms. Kelly Di Scalfani has kept the physical functioning of her school running smoothly.”

“Whether it was as a teacher, assistant principal, director and finally a principal of Meadowbrook Elementary School, throughout my career the board of education, administration, staff, parents and of course students have afforded me opportunities to learn and grow,” Di Scalfani said. “I feel extremely fortunate to have the opportunity to be a part of this amazing community.”

One important presentation given during the meeting was from Kerry Dunne, principal of McVey Elementary School addressing the space challenges that the school is facing. Dunne gave a presentation showing how the school has had to make makeshift classrooms in the cafeteria, locker rooms, closets and hallways.

Dunne spoke of how the population is growing and how McVey received 42 new students in the 2021-2022 school year alone.

At the end, Matthew Melnick, board vice president, asked Dunne how the situation could be helped short term.

“I somewhat hate the concept but we might be nearing the point where we need temporary classrooms,” Dunne said. “...Definitely more storage containers.”

Card said that this problem is an ongoing discussion and that hopefully for the February meeting short term and long term options will be available for the board to review.

A last presentation was by Patrick Pizzo, the assistant superintendent for business and finance, to introduce the budget considerations. This included the positive impacts that may influence the budget such as favorable interest rates on the bond and the energy performance contract, the shift of capital expenditures and federal funds and positive adjustment to foundation aid. There are also negative factors including Covid-19 expenses, the anticipated rise in transportation costs and the long term impact of potential fiscal conditions statewide on anticipated state aid.

The next meeting will be Feb. 9 at 7 p.m. at the Salisbury Center in Westbury.