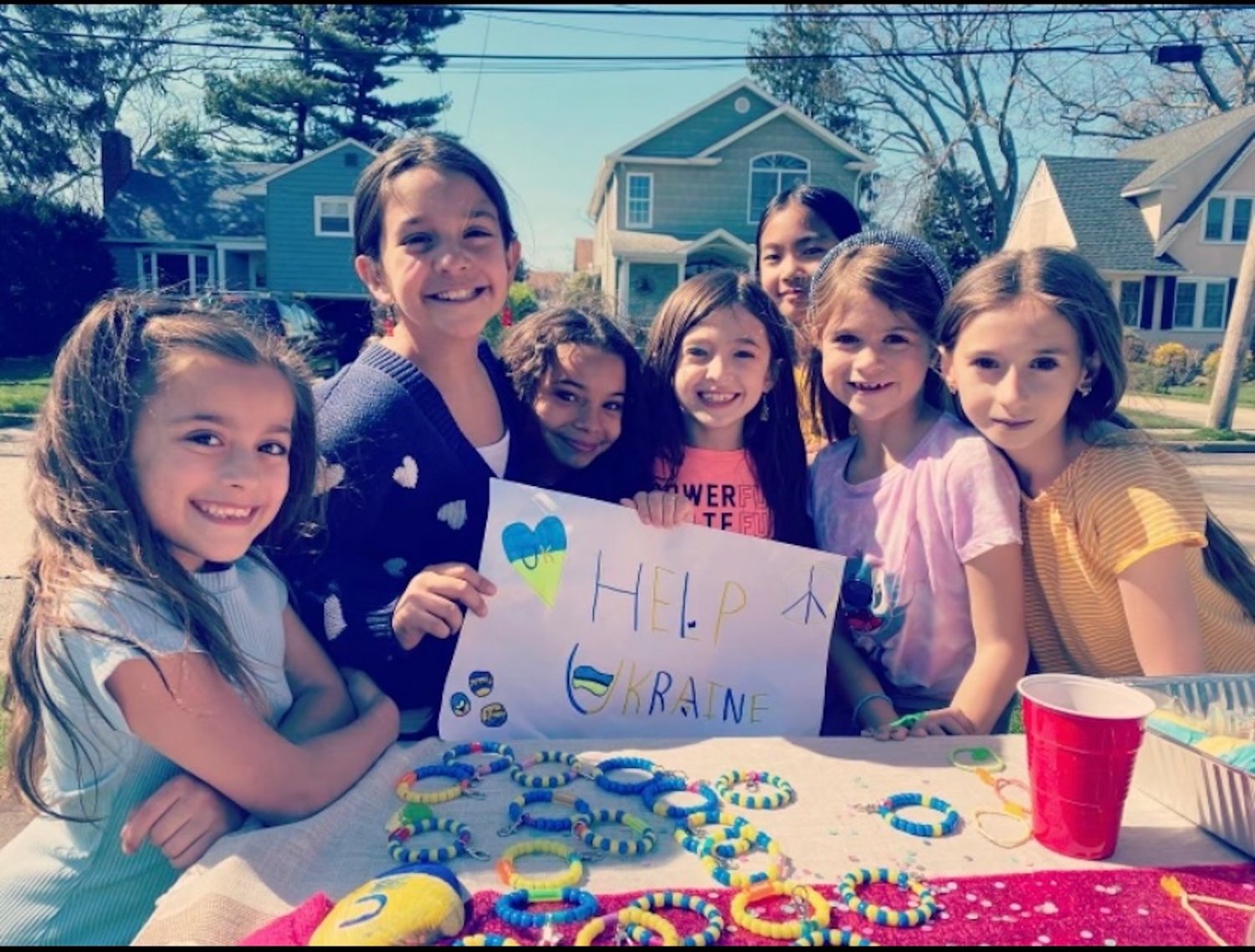 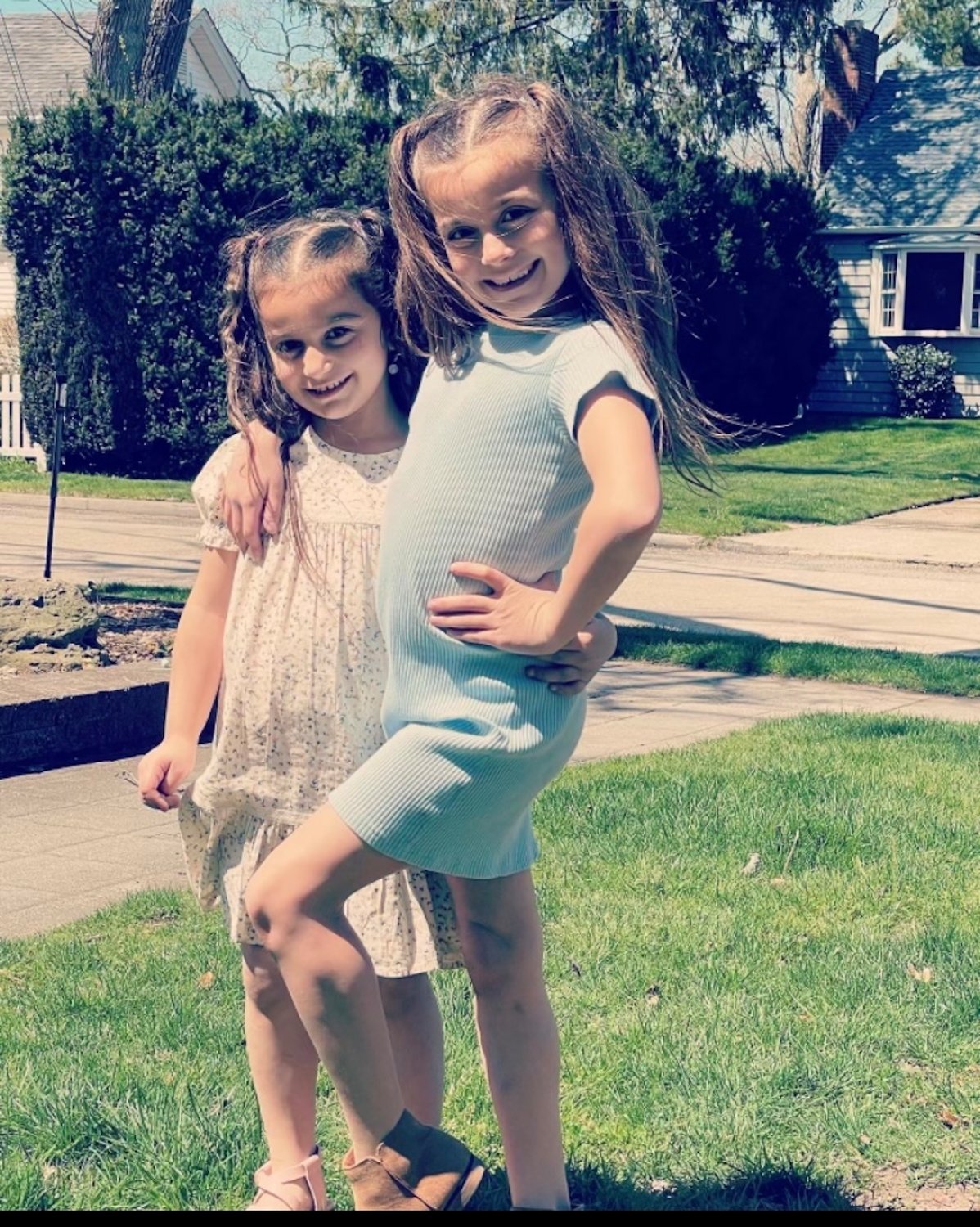 Olivia Santora, right, and her sister, Alessia — who is in pre-K — took part in the fundraiser for Ukrainian children.
Courtesy Taryn Accurso-Santora 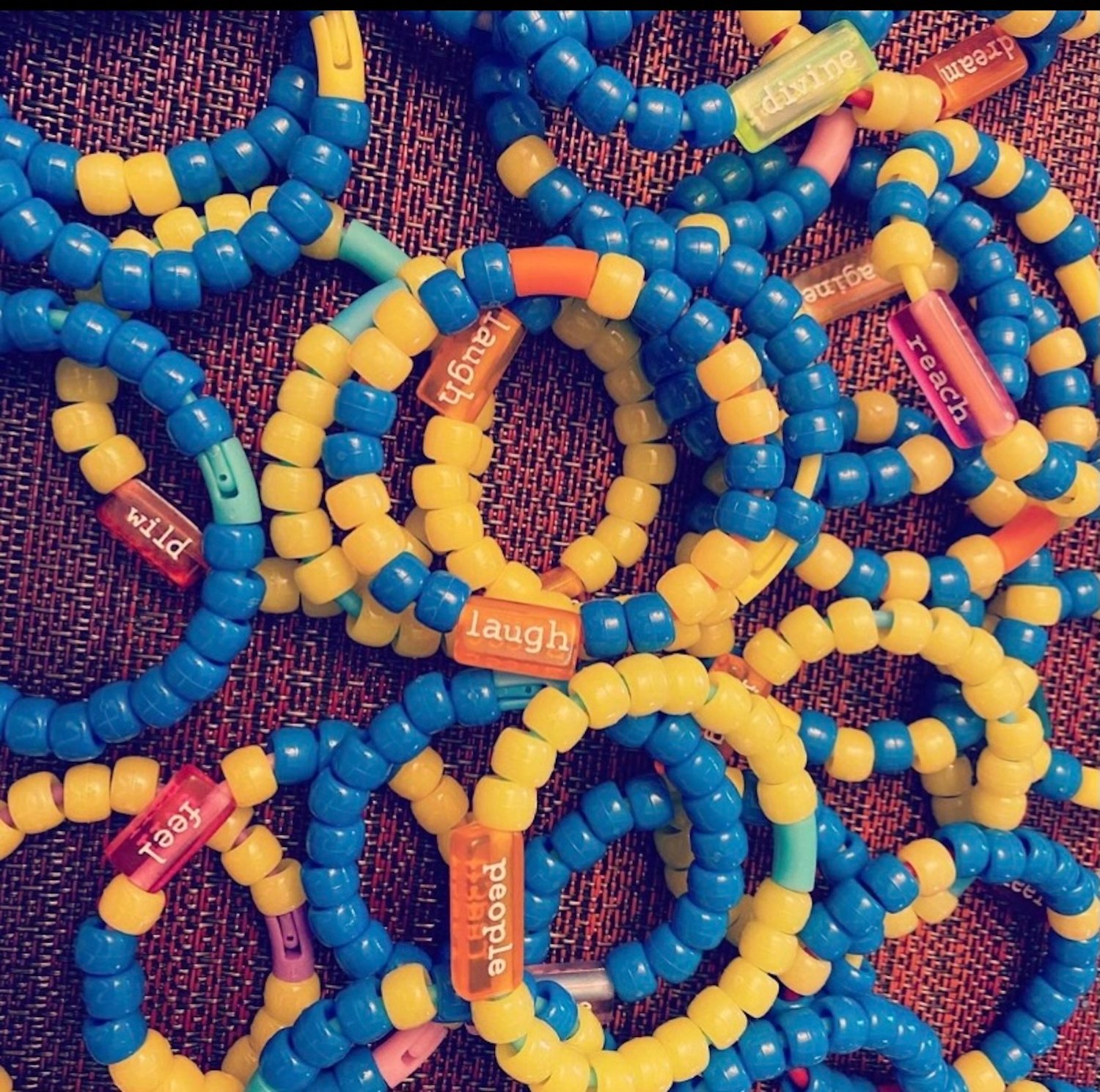 The girls sold a variety of items, including beaded bracelets with positive words on them.
Courtesy Taryn Accurso-Santora
Previous Next
By Mike Smollins

When seven Centre Avenue Elementary School students learned about the war in Ukraine, they banded together to help cheer the spirits of children in that war-torn country.

The third-graders hosted “We Stand with Ukraine: A fundraiser for kids, by kids,” selling brownies, bracelets, cupcakes, bookmarks, lemonade and other items to raise money to purchase teddy bears to send to Ukraine.

“We heard a story about how a boy in Ukraine got a teddy bear, and it made us want to start and help more people like that,” Scarlett Quiroz said.

Scarlett joined forces with her friends Olivia Santora, Isabella Posner, Avery Goldfat, Katie Lam, Scarlett Lieb and Brooke Olsen, all 8- and 9-year-olds. Olivia’s mother, Taryn Accurso-Santora, arranged for the event to take place at her home, and the girls ended up raising nearly $500 for the cause.

“It was a great feeling knowing that your child wants to do something positive for the world,” Accurso-Santora said, “and the fact that they thought of it themselves is pretty much amazing. They’re such a good, sweet group of girls.”

Accurso-Santora said the parents were still figuring out the best logistics company to use to donate the teddy bears, and that they had raised enough money to purchase about 100 of them. Her daughter Olivia said she was pleased to have the chance to help children who may be suffering.

“It feels really nice because we know we’re doing a good thing for Ukraine,” she said. “I think it really helped because I’ve never done something really big before and it changes my life to really help people in need.”

Accurso-Stantora’s other daughter, Alessia, 5, who attends pre-K at Centre Avenue, also took part in the sale.

The girls said they saw videos of bomb shelters in Ukraine and noticed that a lot of the younger Ukrainians had blankets, but not many of them had teddy bears or anything to cuddle with, and they thought sending the items there could help them cope with the war. They added that they were pleased that many community members came by to support the cause. One woman, who said she was from Ukraine, gave them $100.

“I learned about helping others at school and wanted to help the children of Ukraine,” Scarlet Lieb said. “We were raising money to buy teddy bears so they had something to snuggle with during the war.”

Her mother, Melody Lieb, said that the girls came together to organize the event on their own, and called it a “beautiful act of kindness.”

The girls said their family members told them they were proud of them for pooling their resources and respective skills to help others and noted that they hoped to have more fundraisers in the future.

“I think everyone did an amazing job and we can give everyone credit for this,” Scarlett Quiroz said.

Accurso-Santora said that she got emotional when her daughter and her friends told her what they wanted to do.

“I cried,” she said. “I literally felt like the most proud mom in the world that day. Just the fact that they generated this whole thing from start to finish completely on their own, you can’t put a price on that.”