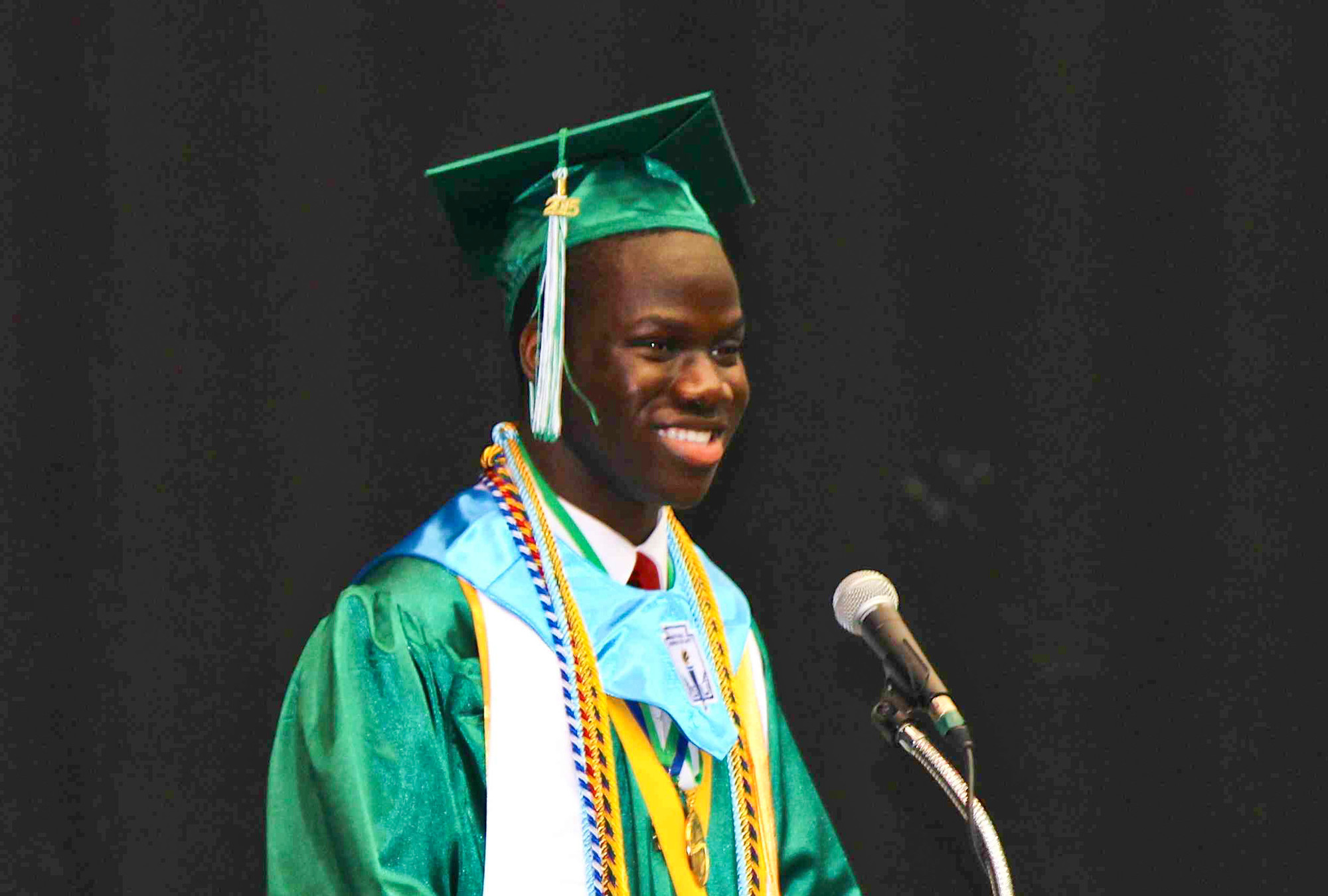 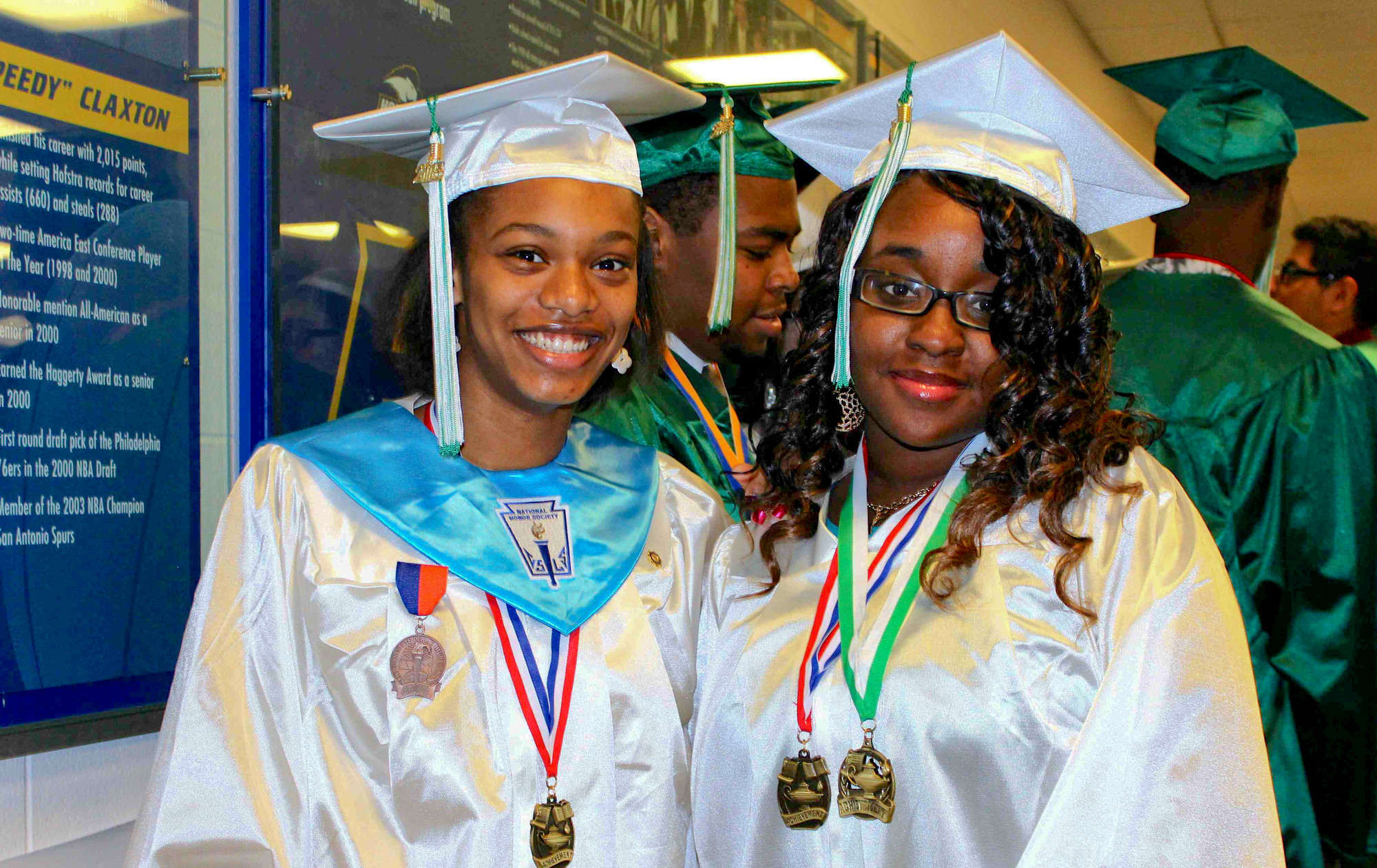 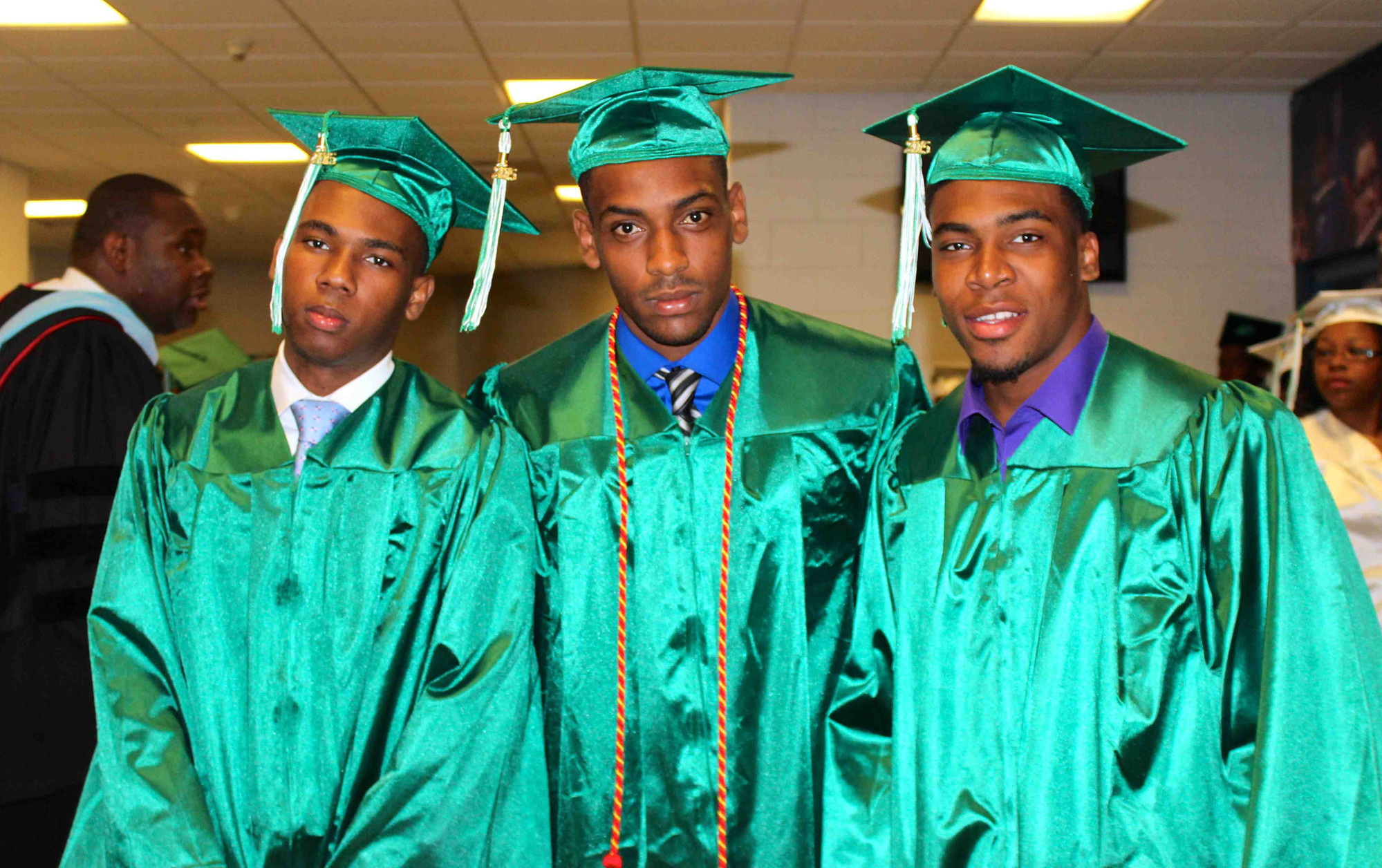 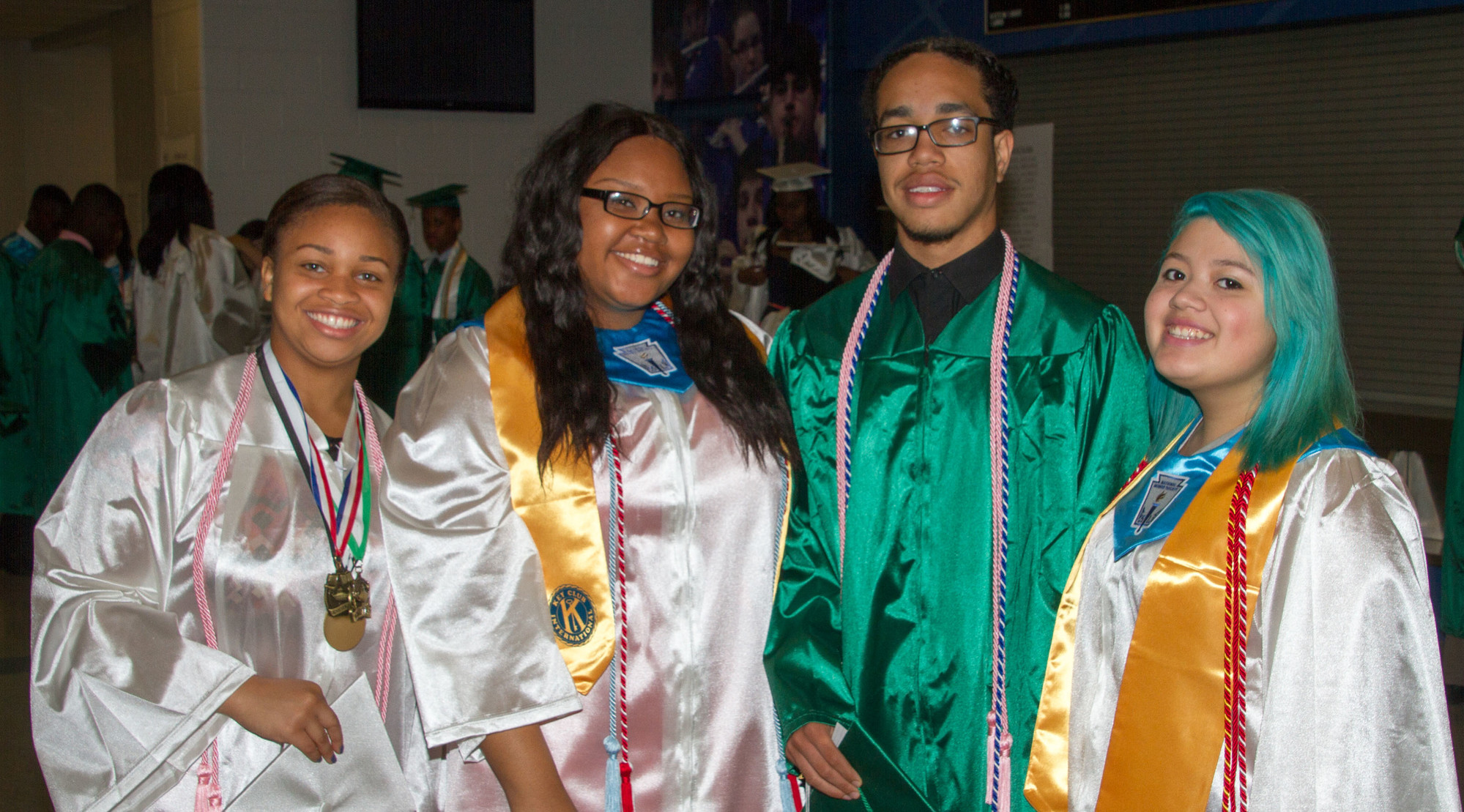 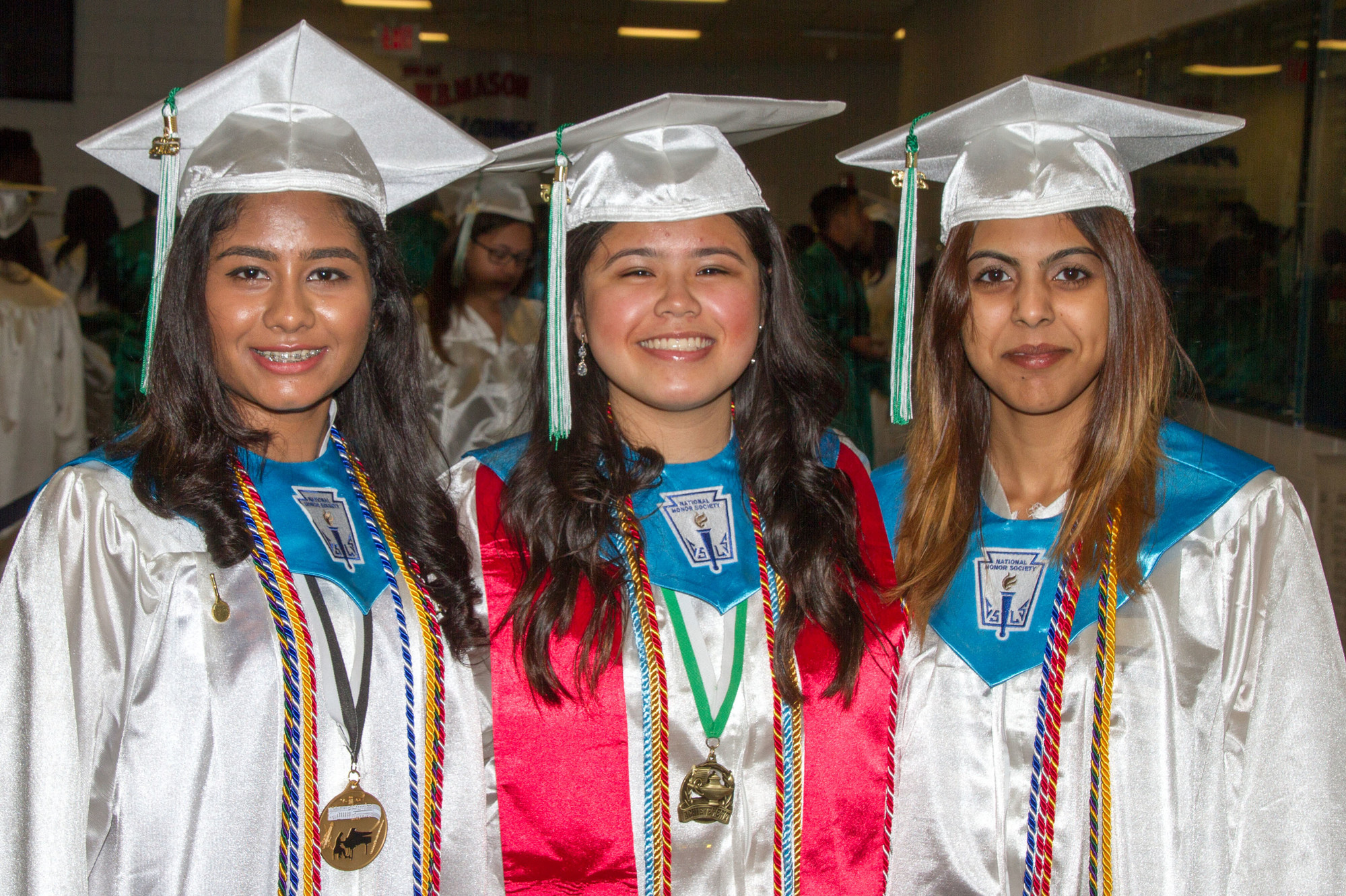 It was with great pride that Elmont Memorial High School’s Class of 2015 entered the David S. Mack Sports and Exhibition Complex at Hofstra University for the school’s 58th annual commencement on June 28.

“It is extraordinary because your academic achievements not only matches but surpasses your peers, not only on Long Island, New York State, but in the entire United States,” Cappozi said.

Capozzi also acknowledged the challenges the students faced in high school and those they will face after graduation, including racism and stereotypes.

“Do not let those evils deter you from your dreams and goals,” Capozzi said. “Instead use your educational foundation to counter the ignorance that unfortunately still exists today.”

The class heard remarks from Class President Courtney Ihaza, Salutatorian Harold Ekeh and Valedictorian Ashley Simon. Ekeh quoted Nelson Mandela saying, “Education is the most powerful weapon that we can use to change the world,” while Simon reminded graduates to always rise to the challenge.

“My hope is that we always remember to keep moving forward, learning from every experience,” Simon said.

Sewanhaka Superintendent of Schools Dr. Ralph Ferrie and Senator Jack Martins also addressed the Class of 2015, with Sen. Martins encouraging students to be someone’s hero. Sen. Martins also presented Principal John Capozzi with the Liberty Medal for his “exceptional service, his years of dedication and for years of making a difference for the youth in Elmont.”

The students were then presented with their diplomas and sang the school’s Alma Matter, before tossing their caps in celebration.