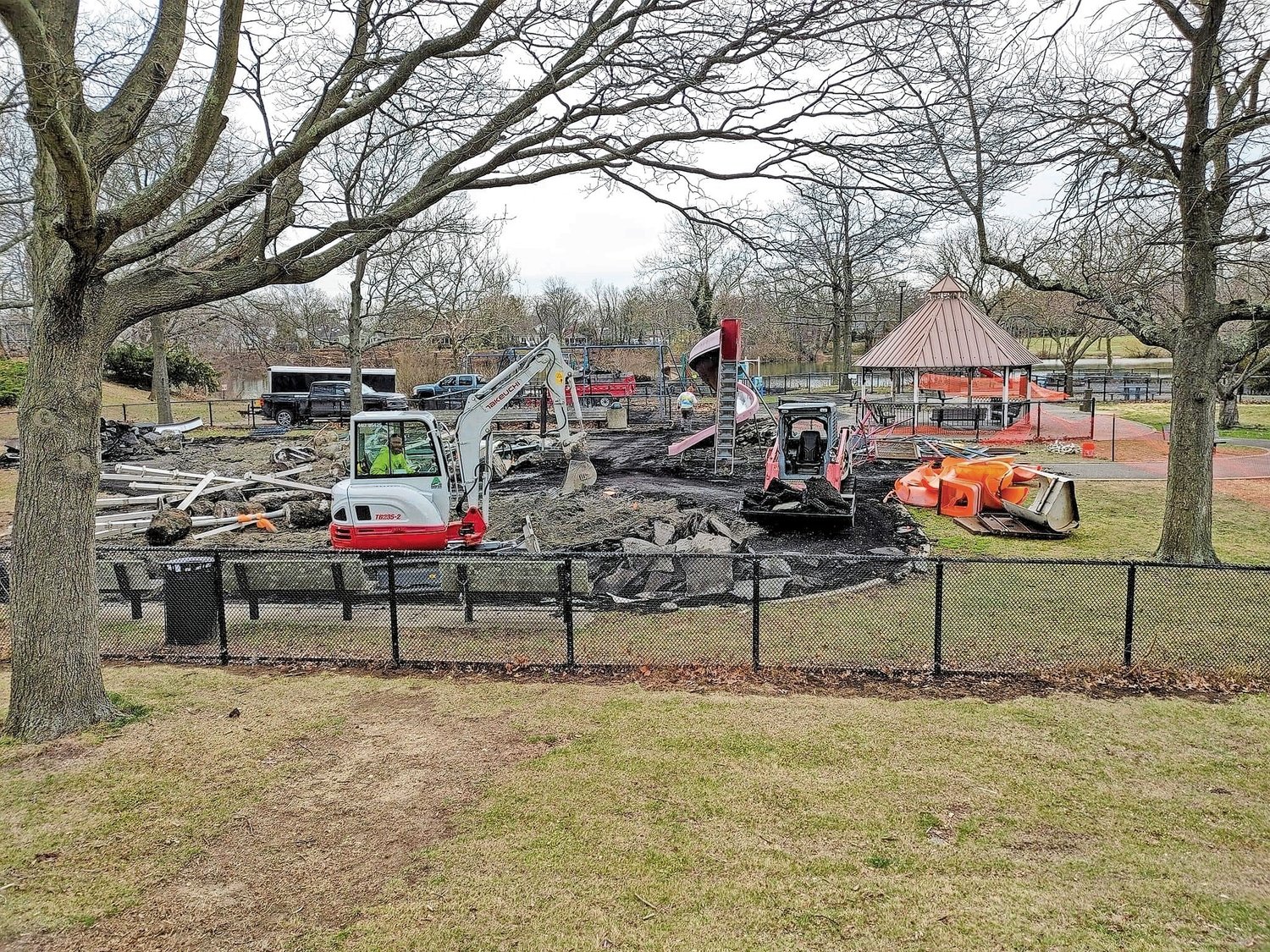 The old playground near the Kelly Tinyes memorial at Grant Park in Hewlett was demolished in April, and construction on the new playground started last weekend.
Courtesy David Friedman
By Lisa Margaria

Grant Park’s “old playground”  — the subject of complaints from community members since 2012 — was demolished in April and the start date for constructing the new playground was this past weekend.

The Hewlett-Woodmere Business Association is working with the Nassau County Parks and Public Works Department to complete the project, which was delayed after demolition due to shipping issues.

Grant Park, at 1625 Broadway in Hewlett, went through a $2.7 million renovation in 2012. Three synthetic-turf fields and a batting cage with a turf surface were installed, and two of three playgrounds at the park were replaced by the Parks Department.

The third, unrenovated playground area for children 4 to 8, described by HWBA President David Friedman in April as “broken down,” was the old playground. That play area sat beside the Kelly Tinyes memorial, which was unveiled in July of last year.

Demolition of the old playground was delayed from its original scheduled razing in January 2020 and the planned $500,000 overhaul that was slated to be completed by that year’s spring, according to former Parks Department Commissioner Eileen Krieb. The work was interrupted by the coronavirus pandemic.

This year, the project which was was scheduled to be fully completed in May, is just beginning because of a delay in shipping the playground equipment. “We’ve been ready to install equipment for quite some time,” said Robert Doutney, “but it’s just being delayed in delivery.”

Friedman recently spoke with Dave Franklin, deputy commissioner of Parks, Recreation and Museums, who was in contact with DPW.

Now that the demolition is over, “they’re supposed to start putting in the soft base, and then it’s actually installing the playground equipment,” Friedman said.

The county has not yet released an updated improvement schedule, but the original project timeline was roughly two months.