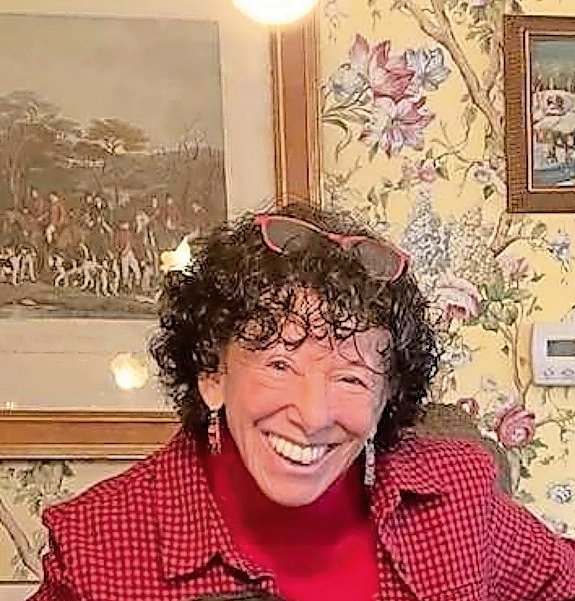 Linda Howard Weissman, was known not only for her diminutive stature, but for her boundless energy and zest for life.
Courtesy Meredith Celentano

Friends, colleagues and family are remembering Linda Howard Weissman — a longtime leader of Five Towns Community Chest — after she was struck and killed by a car last week on Shore Road in Cold Spring Harbor. She was 76.

Somebody said this morning that she pushed the limits of age and abilities, and she just really lived life to the fullest.”
Meredith Celentano, Weissman's daughter
By Lisa Margaria

Friends, colleagues and family are remembering Linda Howard Weissman — a longtime leader of Five Towns Community Chest — after she was struck and killed by a car last week on Shore Road in Cold Spring Harbor. She was 76.

Known for both her diminutive stature — standing only 4-foot-11 — and for her outsized personality, Weissman was said to have boundless energy and a zest for life that was evident in all that she did, both personally and professionally.

She was an assistant dean at Touro Law Center for nearly 30 years, where she oversaw fundraising, alumni relations, special events, and marketing and communications. She enjoyed every aspect of her work — developing new scholarships, meeting with alumni and board members, and travelling internationally for conferences.

She was persistent in her quest to fund scholarships and to develop new initiatives to aid the students and programs at Touro Law. Her fundraising prowess was key to raising the money to build the law center’s new campus in Central Islip.

Weissman was “an integral member of our community,” the law school shared on its website after her passing. “A friend to many, an ambassador for Touro, and a champion for us all.”

Cliff Richner, a publisher emeritus at the Herald, remembers first meeting Weissman when she was executive director of Five Towns Community Chest and he was a member of its board.

“We've been friends ever since,” he said. “Linda had a unique ability to make meaningful connections with everyone she met. Always upbeat and optimistic, she had a zest for life and everything she did, whether work or play. She was 4 feet, 11 inches of energy and love. My heart aches at the thought she will no longer be part of my life.”

A globetrotter, Weissman traveled to Egypt, Africa, Indonesia, Cambodia, Vietnam, China, Russia, Turkey, India, Finland, and Poland among other exotic destinations. Just two weeks ago, she journeyed to France with her daughter and granddaughter, and had already made plans to travel to Morocco and Japan later this year.

Her daughter Meredith Celentano, described her mother’s personality as “multifaceted and vivacious.”

“My mother had a great way of making people feel good about being around her,” the Hewlett resident said. “She was funny, without even meaning to be. She was quirky. She loved to travel. She was an avid photographer. She loved Broadway and fine food and drink.”

“Somebody said this morning that she pushed the limits of age and abilities, and she just really lived life to the fullest.”

A former registered nurse and a graduate of SUNY’s Empire State College, Weissman was a founding member and former chapter president of the Long Island Association of Professional Fundraisers, and was a recipient of the chapter’s Outstanding Fund Raiser of the Year Award.

She also served on the Resource Council of The Long Island Fund for Women and Girls, and on the committee for ERASE Racism’s annual fundraising event, “A Common Thread: Celebrating People of the African Diaspora.”

She received numerous awards for her philanthropic work, including as a Premiere Business Woman of Long Island by Herald Community Newspapers in 2020. She was inducted into Touro Law’s Builders Society just this year.

Born Linda Rothman and raised in Brooklyn, Weissman would say her children and their families were her proudest accomplishments, as was her decades of work at Touro,
Celentano said.

At the Five Towns Community Chest, Weissman raised and distributed funds to several non-profit organizations in the Five Towns, including the Peninsula Counseling Center, Five Towns Community House in Inwood, and TEMPO Group. In the 1980s, she was the development director at Family Service Association of Nassau County, now known as Family and Children Services.
Earlier in her career, Weissman was a freelance writer, getting published in places like The New York Times, Newsday and several magazines.

She married the love of her life, Jim Weissman, in 1994. They created a home of true love and friendship until his death in 2010.
Weissman lived in Cold Spring Harbor. A funeral and celebration of her life were held Aug. 14, with Touro Law Center planning its own memorial service Sept. 18.

Touro also plans to honor Weissman with her own endowment scholarship fund, which they will call the Linda H. Weissman Scholarship.

“She will be missed by many,” Touro officials wrote, “not only for her expertise and for tireless efforts on behalf of the law center, but also for her friendship and support of everyone and everything Touro.”