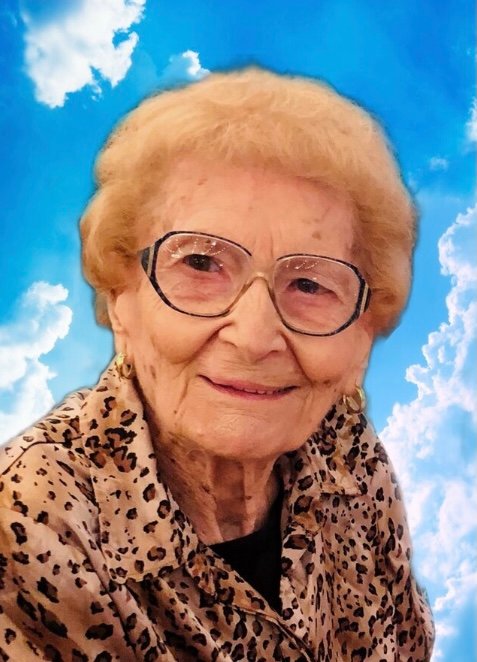 Dainton lived in Franklin Square from 1984 until her death and also lived in Elmont from 1956 to 1977.
Courtesy Krauss Funeral Home Inc.
By Robert Traverso

Loretta Dainton, a 37-year resident of Franklin Square, died on Sept. 28. She was 101.
Born in Brooklyn on April 30, 1920, Dainton was the oldest of five children. Her parents moved to the U.S. from Bari, Italy in 1915, during the height of World War I, and Dainton soon found herself working as a factory worker in New York City during the Great Depression.
She would continue to work as a laborer for decades, and in 1965 she moved to Long Island, first settling in Elmont, where he would live for the 21 years. During this time in her life, Dainton traveled to and lived in Rome, Italy for six months to help chaperone and prepare wedding arrangements for her niece.
Upon her return to the U.S., she met her future husband, Dale Dainton of the Bronx. The Daintons were married on June 6, 1977, in City Island, where she would reside for the next seven years. Dainton became a widow 1981, and three years later decided to leave the Bronx and move back to Long Island.
She moved in with her younger sister Frances in Franklin Square, where Dainton lived for the rest of her 100-year life.


According to her niece, Annie Tine, Dainton never drove a car. Instead, she frequently walked across the local communities, getting to know both Franklin Square and Elmont intimately. Her favorite places to eat included King Umberto, Sapienza Bakery and Alpine Restaurant, Tine said in a previous Herald story.
“Loretta Dainton will be remembered as a vibrant full of joy social butterfly who was always down to attend a party and love to cook for family and friends,” her family wrote in a statement shared with the Herald. “Everyone who knew her will always remember her having a cold one at every meal at dinner time her favorite brand being Budweiser.”
Dainton noted in a Herald story marking her 100th birthday that healthy eating allowed her to live until 100 but added that it was okay for her to enjoy her drink of choice, a Bud Light, then known simply as a Budweiser, every night, something she began doing when she was a young adult during the Great Depression.
Dainton’s presence, smile and cooking, along with her favorite phone call-ending line, “love you more,” will be deeply missed, her family said in the statement.
To send flowers to Dainton’s family or plant a tree in memory of Loretta Dainton, please visit Krauss Funeral Home’s online Tribute Store, which can be found at kraussfuneralhome.com.