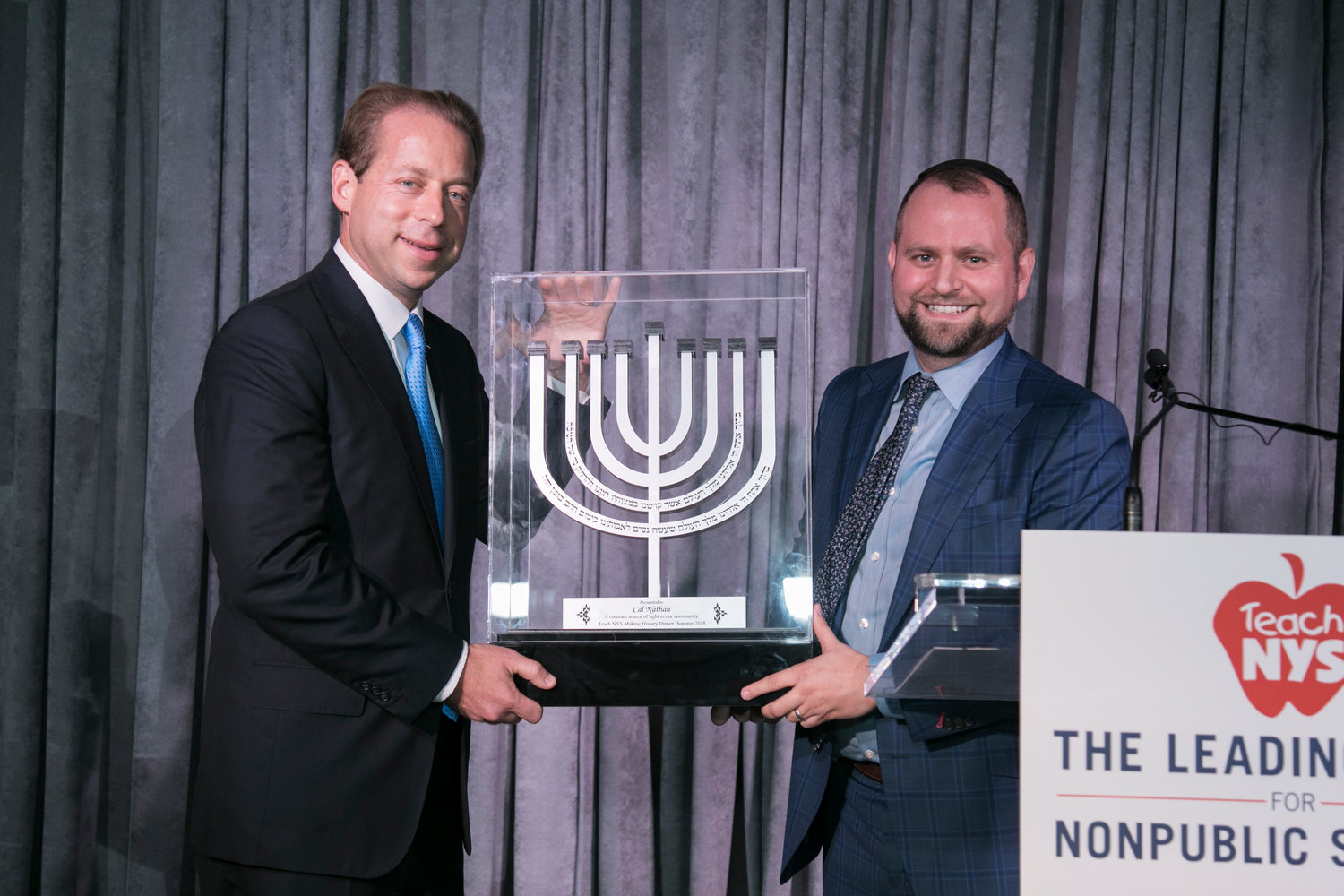 Woodmere resident Cal Nathan, a founding executive board member who has been involved with Teach NYS since the organization’s inception, was recognized at a dinner on Oct. 9, for his work in helping the group grow and become the leading voice for Jewish day schools in New York. Also honored were Morris Tabush, and Tamar and Ben Blumenthal.

Nathan has lent his political relationships and communal contacts, according to Teach NYS officials and is the founder of iDEKO Productions and Allseated.com, a partner at iDEKOgov and a founding investor in TowerSec. He sits on the boards of Steer, a driverless parking technology company, and the Hebrew Academy of the Five Towns and Rockaway.

Teach NYS, a division of the Teach Advocacy Network, was founded in 2013 to advocate for equitable government funding in New York nonpublic schools. It has secured an additional $450 million in funding for day schools, which is used to increase security, enhance education and defray higher tuition costs. For more information, go to https://teachadvocacy.org/newyork/.