Celebrating the Jewish athletes in Lawrence 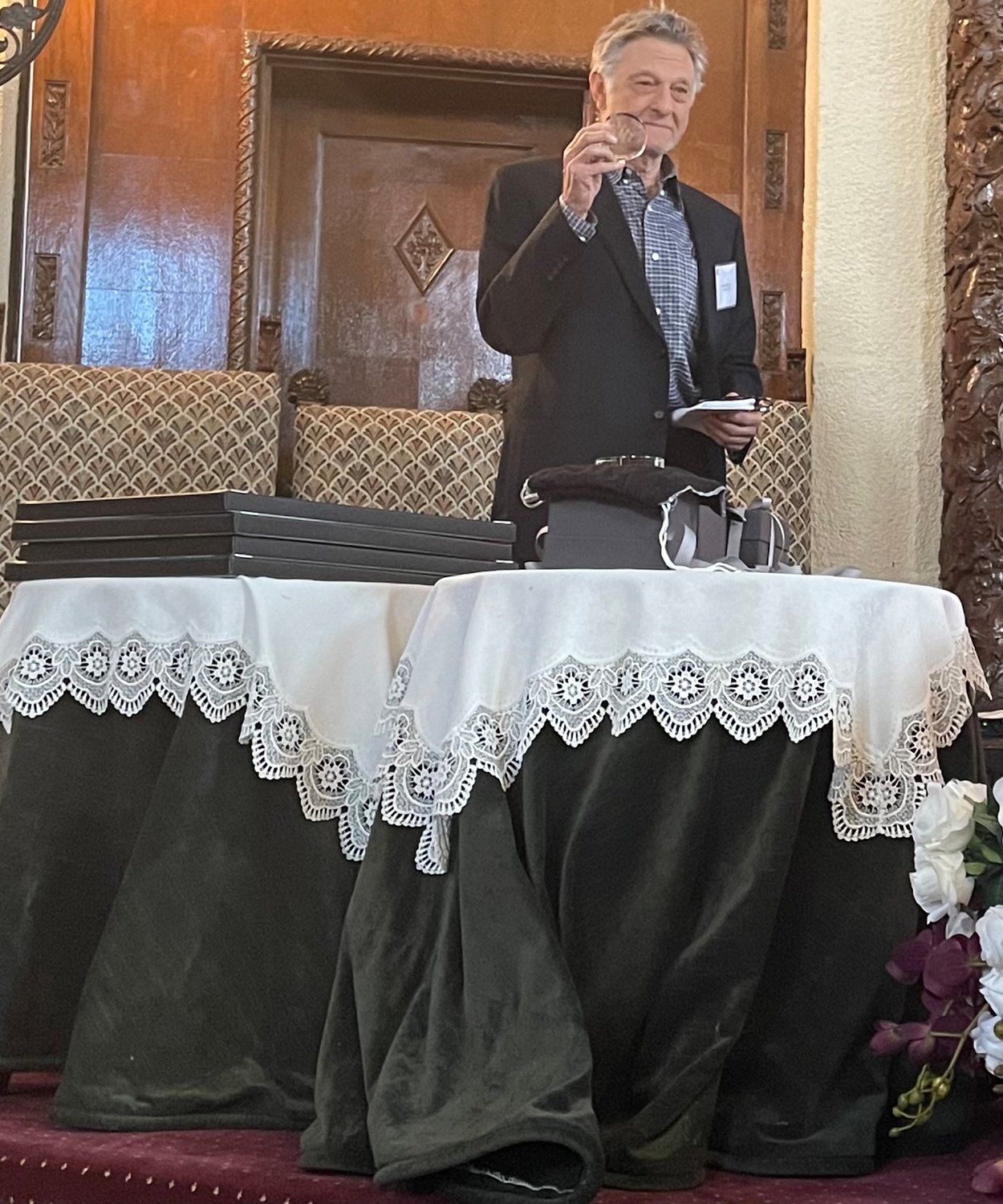 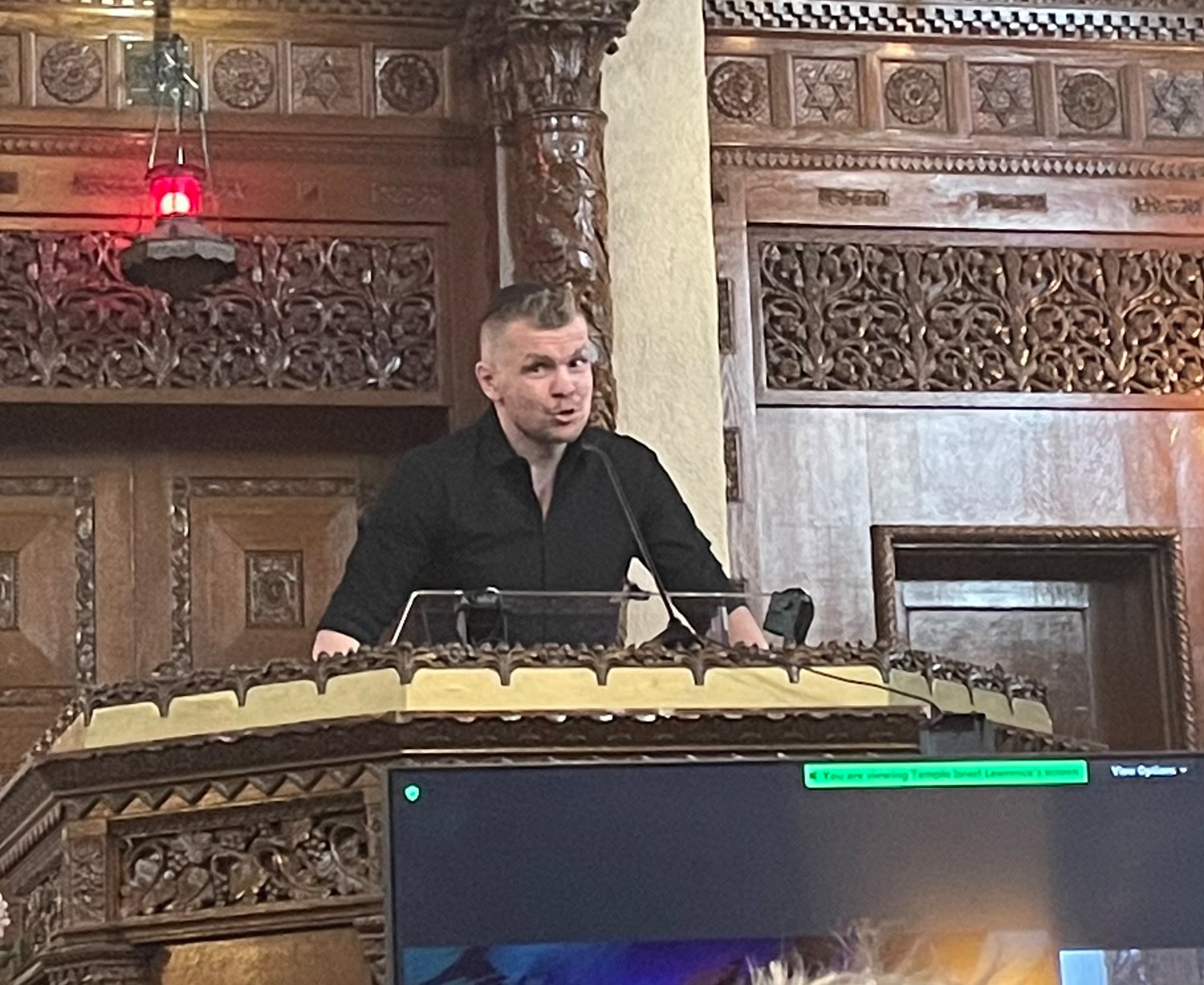 Yuri Foreman entertained the audience with his story of coming to America and rising to be a world champion boxer.
Jeffrey Bessen/Herald
Previous Next
By Jeff Bessen

Alphabetically in the Jewish Sports Heritage Association’s induction ceremony program its was Pulitzer Prize-winning sportswriter Ira Berkow leading off the lineup of honorees at the organization’s first in-person event in three years, which also included emcee Barry Landers and a few of the inductees were live via Zoom or sent video messages.

The early May 1 morning ceremony in the sanctuary of Temple Israel in Lawrence was a blend of youth as Five Towners Rachel Arbitman and Jacob Steinmetz received the Michael Freedman Outstanding Jewish High School Athlete of the Year Award and the barrier-busting Dr. Renee Richards who brought the issue of gender identity to the social forefront.

“I’ve always been a kid who loves to play baseball,” Steinmetz said via a video message that was shown during the ceremony. “The concept of being drafted that was never something that was on my mine until a year ago. Growing up so many young Jewish athletes are given a ceiling with regards to their pursuits in sports, whether by family, friends or archaic stereotypes. I was never given a ceiling.”

Steinmetz, 18, was the first Orthodox Jew to be drafted by Major League Baseball when taken in the third round last year by the Arizona Diamondbacks. Currently in rookie ball, Steinmetz is anticipating being promoted to the Single A level. His father, Elliot, is the head coach of the Yeshiva University men’s basketball team.

Now at Harvard, Arbitman, 19, dominated tennis in Nassau County all through her four years at Hewlett High School. Her prowess made her a coach on the court and helped her team to conference titles in 2017 and 2021.

Berkow, 82, who wrote for The New York Times for more than 25 years, noted what he called his “Jewish orientation” being bar mitzvahed and learning some Yiddish from his immigrant parents.

“As a writer, while objectivity was a goal, I always had an eye out for a Jewish slant,” he said. “I was asked by Hank Greenberg the 6-foot 4 Jewish slugger to work with him on his autobiography, which I did. Among those I interviewed for the book was the great Washington Post sports columnist Shirley Povich. And he said of Hank being an inspiration to Jews, Shirley said that Hank was ‘talented, he was proper and he was big.’” That received a laugh from the audience.

Boxer Yuri Foreman, 41, recounted his story of coming to the United States from Russia, of having nothing and building a life that not only includes becoming the first Israeli super welterweight WBA champion, but a family with a wife and children.

“Living in the United States was not always easy, I had way more downs than ups, but I’ve always in these moments I dig deeper and find some extra strength to keep pushing it,” he said.

Sada Jacobson, 39, has collected a silver in sabre at the 2008 Olympics and bronze at the 2004 games. At the Pan American Games in 2004, she was the women’s champion in sabre.

“Before I began working with my coach [Arkady Burdan] or my maestro as we affectionately call him, I never gave much thought to how my Jewish heritage impacted my life or sports career,” the Minnesota native said, adding that Burdan changed that as he experienced severe “career-limiting antisemitism in the USSR.”