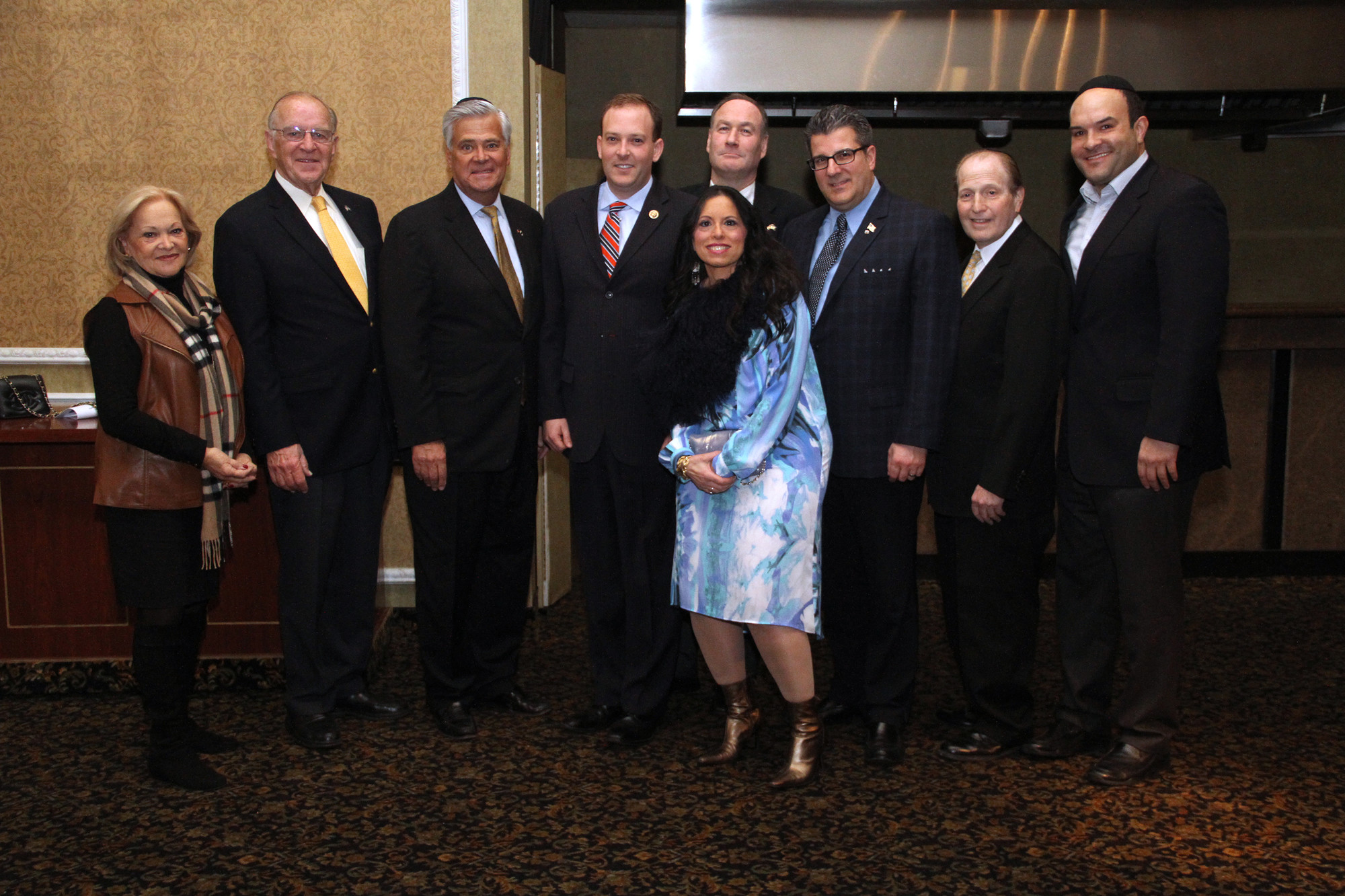 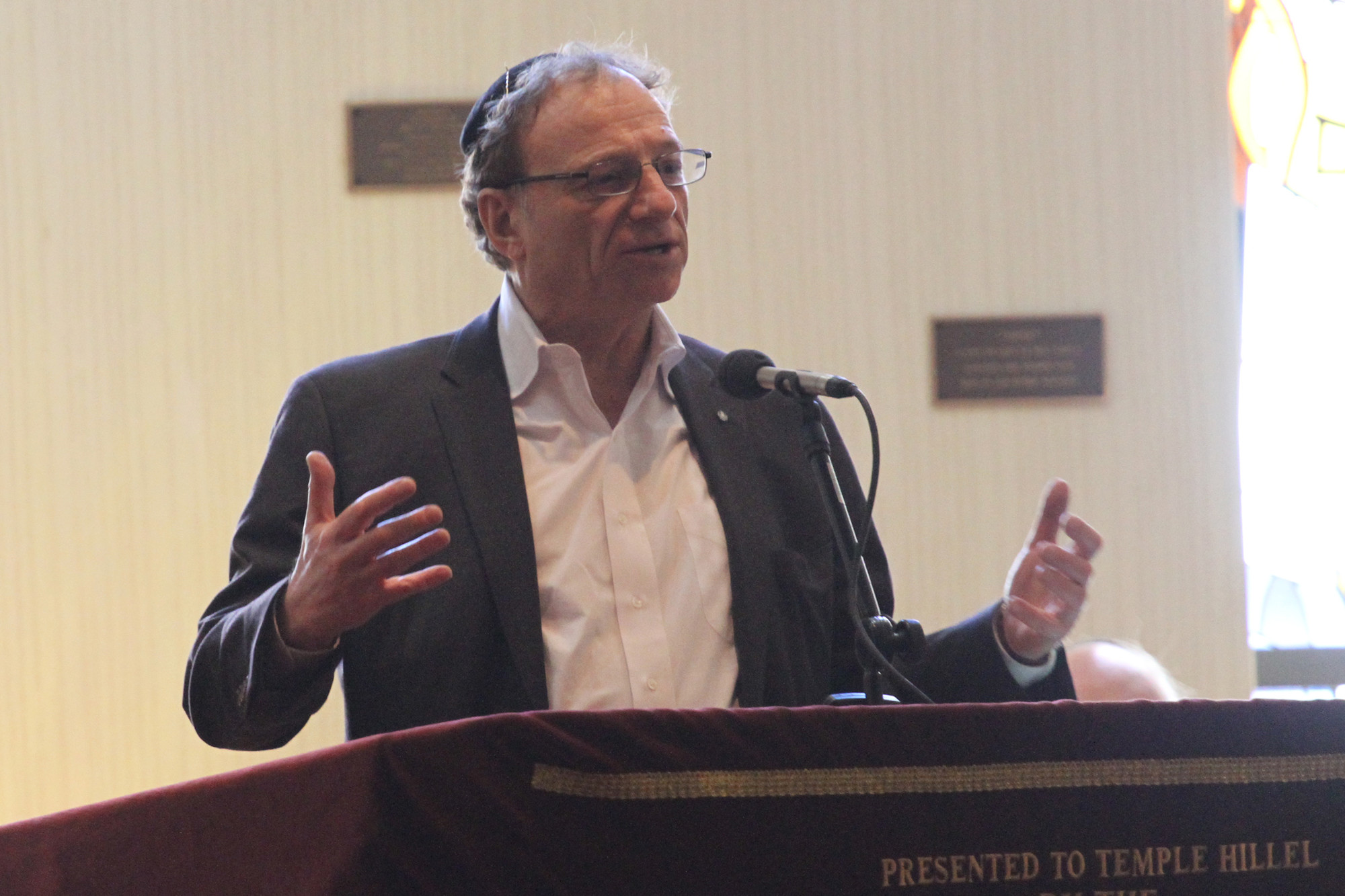 The political summit at Temple Hillel addressed the concerns of voters regarding issues ranging from the economy to healthcare. Political strategist Hank Sheinkopf was one of several speakers at the forum.
Susan Grieco/Herald 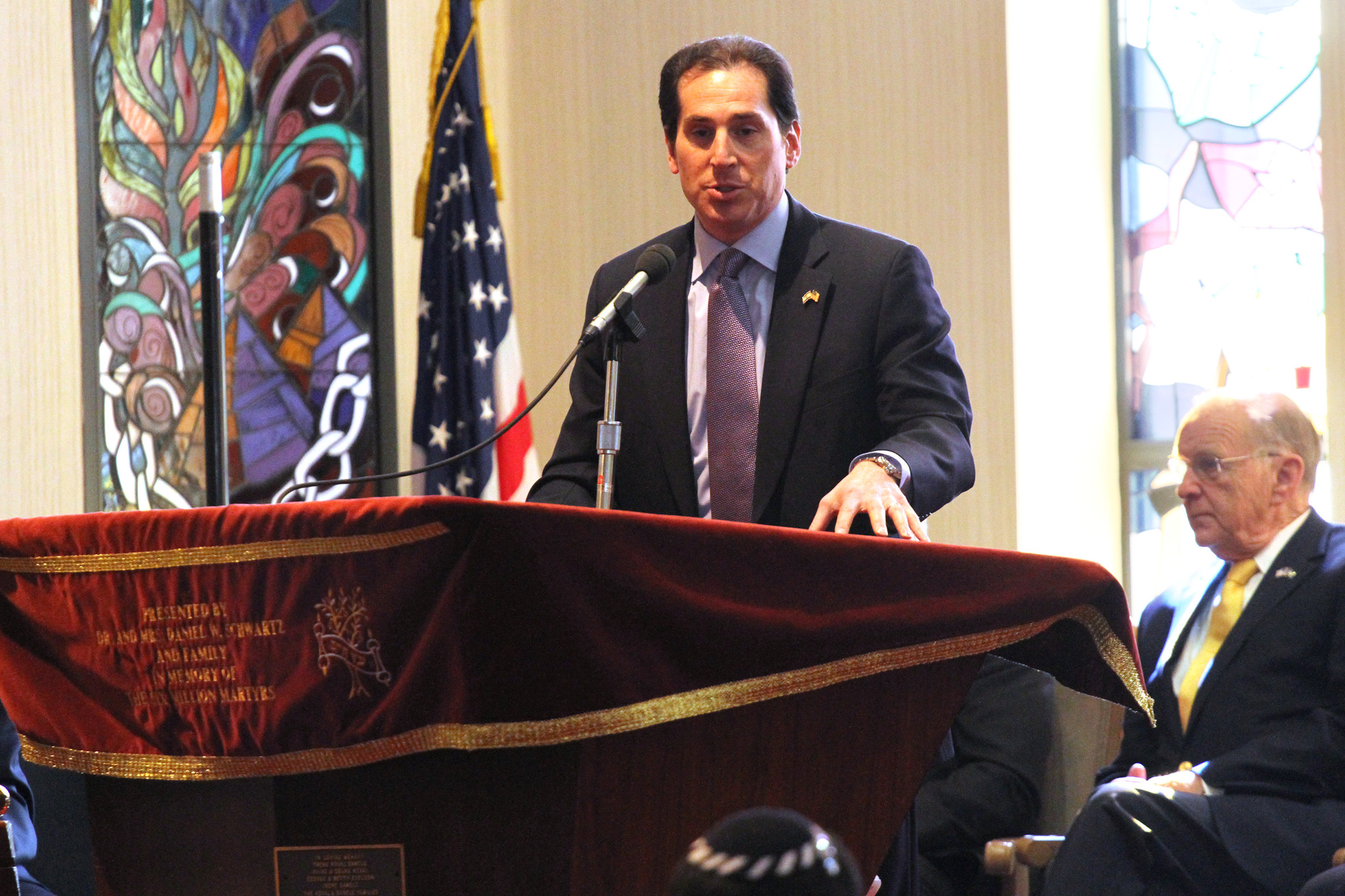 Area high school seniors and students from yeshivas made presentations on anti-Semitism on college campuses, and there was a voter registration table. Event organizers said the goal was to encourage people to get involved in politics and government.