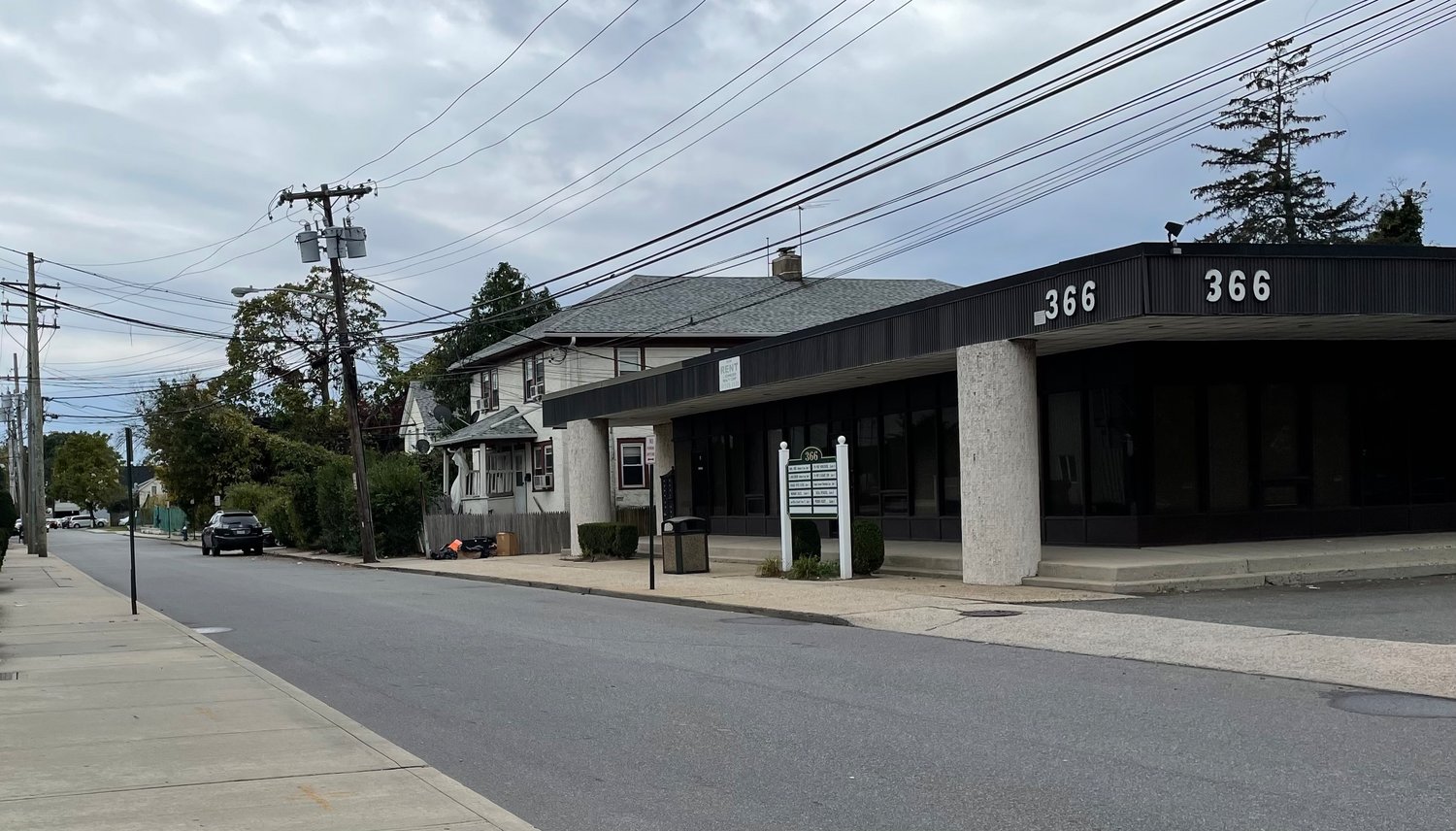 A grass-roots organization that defeated a public referendum to build a large-volume health care facility at the former Number Six School in Woodmere over eight and a half years ago is once again beginning a campaign to limit development.

The development should be done in a way that’s fair for everybody as much as possible.”
Avi Pinto Vice president Community Coalition
Projects in the Five Towns

Amazon warehouse on the Nassau-Queens border in the Town of Hempstead. A 422,000-square-foot facility expected to be operational in December.

25 Wanser LLC, at the intersection of Bayview Avenue and Russell Place in Inwood. A five-story building — variances were requested — that would contain 313 apartments, including 250 market-rate units with the retail component amounting to less than 10 percent of the project, and 63 apartments for tenants with incomes at or below 60 percent of the area’s median income. Also pending, a decision on a 25-year payment in lieu of taxes agreement by the Town of Hempstead’s Industrial Development Agency.

The Pearsall project, on Pearsall Avenue in Cedarhurst, between Rockaway Turnpike and Washington Avenue. Three four-story buildings with 112 residential units, a mixture of co-ops and rentals, an underground garage and other amenities such as outdoor space with barbecue areas, a garden and a shul.

The Shulamith School, at 305 Cedarhurst Ave. in Cedarhurst. The 97,500-square-foot building on 2.56 acres is being offered for sale by the Lawrence School District, which leases the building to Shulamith. The potential is for residential development.

Transit-oriented development in the North Lawrence/Inwood area: 11.7 acres near the Lawrence Long Island Rail Road station, and roughly nine acres near the Inwood LIRR station. The idea is to create a walkable community that has a mix of residential — up to 1,200 units could be built — and commercial uses, including light industrial and manufacturing. Development has not yet begun.

A grass-roots organization that defeated a public referendum to build a large-volume health care facility at the former Number Six School in Woodmere over eight and a half years ago is once again beginning a campaign to limit development.

The Community Coalition of the Five Towns hopes to mobilize residents and increase awareness of a number of proposed projects that its members believe could negatively impact the quality of their lives.

From an Amazon warehouse on the Nassau-Queens border that is expected to be operational by December, to the proposed development of the Woodmere Club, where 284 homes could be built, coalition officials see more traffic being generated in an already high-traffic area, and the potential impact on local schools, the environment and resources.

“Right now we’re in the early stages of informing the community — there’s a lot of confusion,” said Lawrence resident Josh Justic, the coalition’s president. “The potential development could have a negative impact on traffic and on our quality of life.”

In 2014, the coalition also spurred a 2-to-1 margin of victory for a public referendum allowing the Lawrence School District to sell the Number Six School to the Hebrew Academy of Long Beach.

“I think we were pretty effective in that campaign,” Justic said. “We learned the value of communicating with the community and the community coming together.”

Both Justic and Woodmere resident Avi Pinto, the coalition’s vice president, said they did not oppose development, and understand that it is going to happen, but it should make sense.

“Developers are going to get rich on the backs of residents,” Pinto said. “The development should be done in a way that’s fair for everybody as much as possible. That’s why I got involved, and I’m happy to do it.”

Impactful projects
The most recent proposed development that has residents upset is the Pearsall project. On a stretch of Pearsall Avenue, in Cedarhurst, larger than two acres, the proposal calls for three buildings, each at least four stories tall, with 112 residential co-op and rental units. No decision on the proposal has been made by the Cedarhurst village board.

Mayor Benjamin Weinstock said he understands the concerns of residents, including those in other Five Towns communities, because the potential impact takes the form of concentric circles that originate from the site and widen out to a larger area.

Weinstock noted that the section of Pearsall Avenue where the development could be built is a blighted area with a vacant building and derelict homes. At the village board’s Aug. 4 meeting, he said the project would generate $6 million for the village in three increments.

“I live here and love the community,” Weinstock said. “I want to make it as good as it was, and better if I can.” He added that the village hired Hauppauge-based Eschbacher Engineering to conduct an independent traffic study to check the developer’s figures, submitted by Cameron Engineering, of Woodbury.

“I’m not averse to residential development, but it has to make sense,” Weinstock said, noting that he was not advocating for the project, though Pearsall would offer rental units that could attract young married couples and older people who want to stay on Long Island.

Embroiled in controversy practically since they purchased the Woodmere Club in 2017, New Jersey-based developers Efrem Gerszberg and Robert Weiss are currently suing the Town of Hempstead and the villages of Lawrence and Woodsburgh for $200 million in federal court over the municipalities’ creation of a Coastal Conservation District to limit development of the 118-acre property. Community members established the Five Towns Civic Association to oppose the development of the 113-year-old club.

“Every plan has to be evaluated on its own,” Gerszberg said. “If a plan deals with traffic and with all the infrastructure in a legal and proper manner, then it’s appropriate. If not, then it’s not appropriate.” He noted that the federal lawsuit is moving forward: The court has ruled that the case has merit.

The Community Coalition of the Five Towns has stumped for its position and advertised to register people to receive the group’s posts on WhatsApp. Justic and Pinto said that no in-person meetings had been scheduled. “We are not ready to announce meetings,” Justic said, “but it’s the logical progression.”

Have a comment on the proposed projects? Send a letter to jbessen@liherald.com.