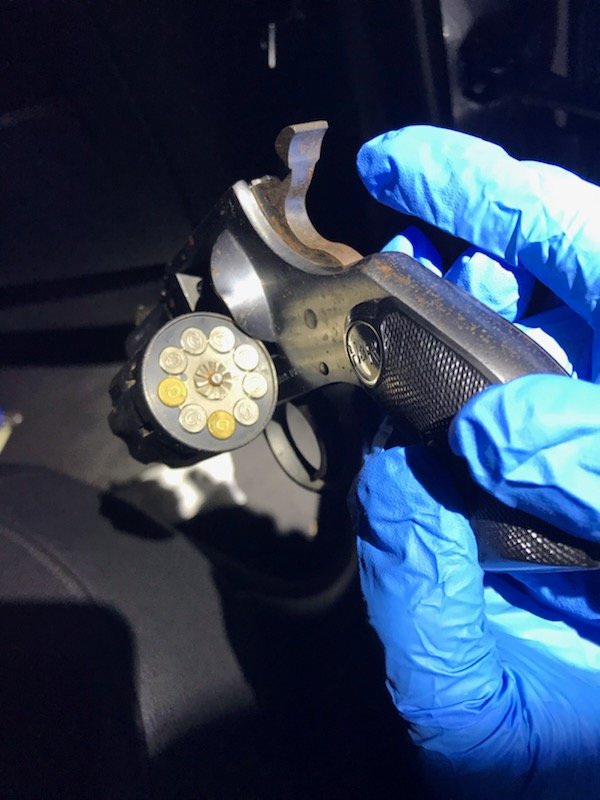 The loaded .22 caliber handgun police said they found in the car driven by Far Rockaway resident Shaquez Erwin on Sept. 13 in Inwood.
NCPD
By Jeff Bessen

A loaded .22 caliber handgun gun and a substance believed to be crack were found by Nassau County police after conducting a car stop in the area of the Nassau Expressway and Bay Boulevard at 12:55 a.m. on Sept. 13, police said.

Fourth Precinct officers said they saw a gray BMW sedan commit multiple traffic infractions. The police stopped the car and as they approached one of the officers saw a silver gun on the floor of the vehicle behind the passenger. The subsequent investigation found that the gun was loaded.

Shaquez Erwin, 24, of Far Rockaway, was asked to step out of the vehicle and arrested. During a search police said they found a substance alleged to be crack in Erwin’s front right pocket. He was taken to the 4th Precinct in Hewlett.