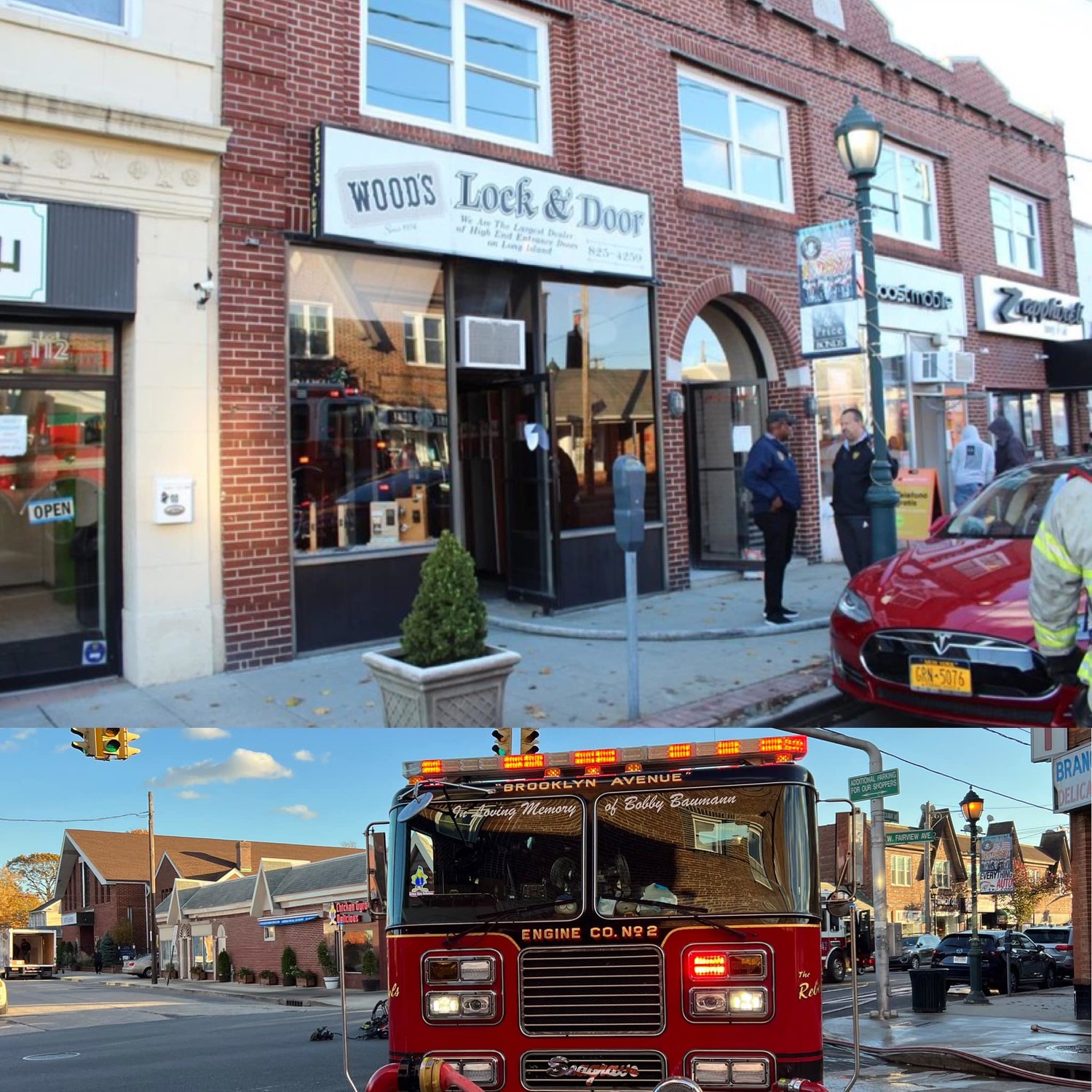 Multiple fire departments were present at the scene to make sure the small fire did not spread to surrounding shops.
Courtesy Mike Hendrickson
By Karina Kovac

A small fire broke out at the rear of the Wood Lock & Door store on Rockaway Avenue last Friday afternoon according to fire officials. The Nassau County Fire Communications (Firecom) alerted the Valley Stream Fire Department after multiple calls were made about the incident. Firefighters from Valley Steam Engine 342 and Ladder 345 were first on the scene as they stretched a hose line into the building to extinguish the small flames, quickly containing the blaze before it could spread to surrounding shops. The truck companies simultaneously searched the scene for any hidden fires or smoldering areas to prevent flames from rekindling.
Mutual aid was received from the Elmont Fire Department and Lynbrook Fire Department. The Hewlett Fire Department and Lawrence-Cedarhurst Fire Department were placed on stand-by in town to respond to any other fire alerts. All operations were under the command of Assistant Fire Chief Anthony Capone.