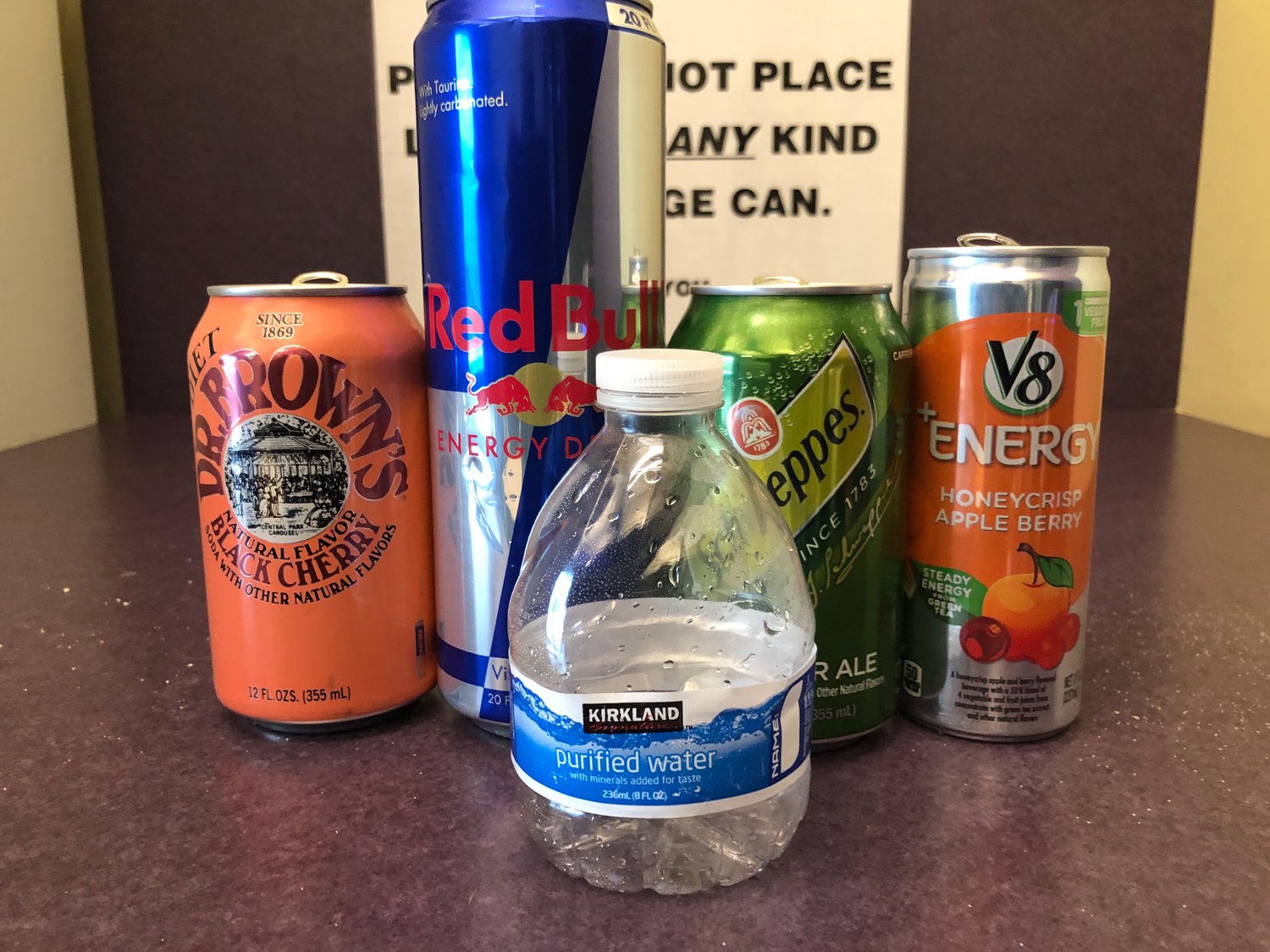 Plastic bottles and cans are wanted by the Five Towns Community Center from Memorial Day to Labor Day.
Jeffrey Bessen/Herald
By Jeff Bessen

The Five Towns Community Center aims to raise money, help the environment and teach children the importance of recycling through a simple program of collecting plastic bottles and cans from Memorial Day to Labor Day.

Brentwood-based All Deposits, which with another company called Evtek, will morph into a single new company in the very near future, is bringing a 20-foot container for the bottles and cans to the Lawrence site. Through Evtek, there will be a presentation to address recycling with the center’s young people.

Pete Sobol, the community center’s interim executive director, said that the idea is to supplement the center’s STEM (science, technology, engineering and math) program, while introducing the concept of recycling to reduce the carbon footprint and greenhouse gas emissions.

Carbon footprint is defined as the amount of carbon dioxide and other carbon compounds that are emitted through the consumption of fossil fuels. Greenhouses gases are gases that contribute to the greenhouse effect by absorbing infrared radiation, such as carbon dioxide and chlorofluorocarbons. The greenhouse effect is a warming of Earth’s surface and the air above it. It is caused by gases in the air that trap energy from the sun. These heat-trapping gases are called greenhouse gases. Without them, the Earth would be too cold for life to exist.

“It’s just a creative way to generate a revenue stream and teach kids to be better stewards of the environment,” Sobol said. “I’m real excited about this.” Proceeds from recycling will benefit the center, which over the past few years has lost a substantial portion of its funding because of the loss of county money, and other financial support.

Martin Naro, the founder of Evtek, said very simply it is a bottle drive, but one with an elevated sense of purpose, as all the bottles and cans that All Deposits will pick up will go to a redemption center. Naro noted that much of the curbside collected recyclable material is burned, shipped to their destinations by train or buried in a landfill.

“We are adhering to the container deposit law and this material must be fully recycled,” he said. “All the deposits will go the community center and it’s an easy way to get the community involved.”

A date is yet to be set for the presentation. Naro said that he most likely will divide it into five parts: history of recycling, environmental issues today, company services, outcomes and impact of recycling.

Chris Sidoti, another company principal, also said he is “very excited’ about the recycle collection. He noted that All Deposits has done similar drives such as Bottles for the Brave, to help military veterans, breast cancer, the Lustgarten Foundation to fight pancreatic cancer, with NYU Winthrop University Hospital in Mineola to battle pediatric cancer and Deposits for the Disabled and for autism.

“This will a tremendous asset for the community,” said Sidoti, adding that he is doing this because of the type of person Pete Sobol is. “This is about Pete and his community center, and reducing the carbon footprint is a win-win for everyone.”

Donations are needed, so drink up and bring your bottles and cans to the Five Towns Community, at 270 Lawrence Ave. in Lawrence, from May 27 to Sept. 2.