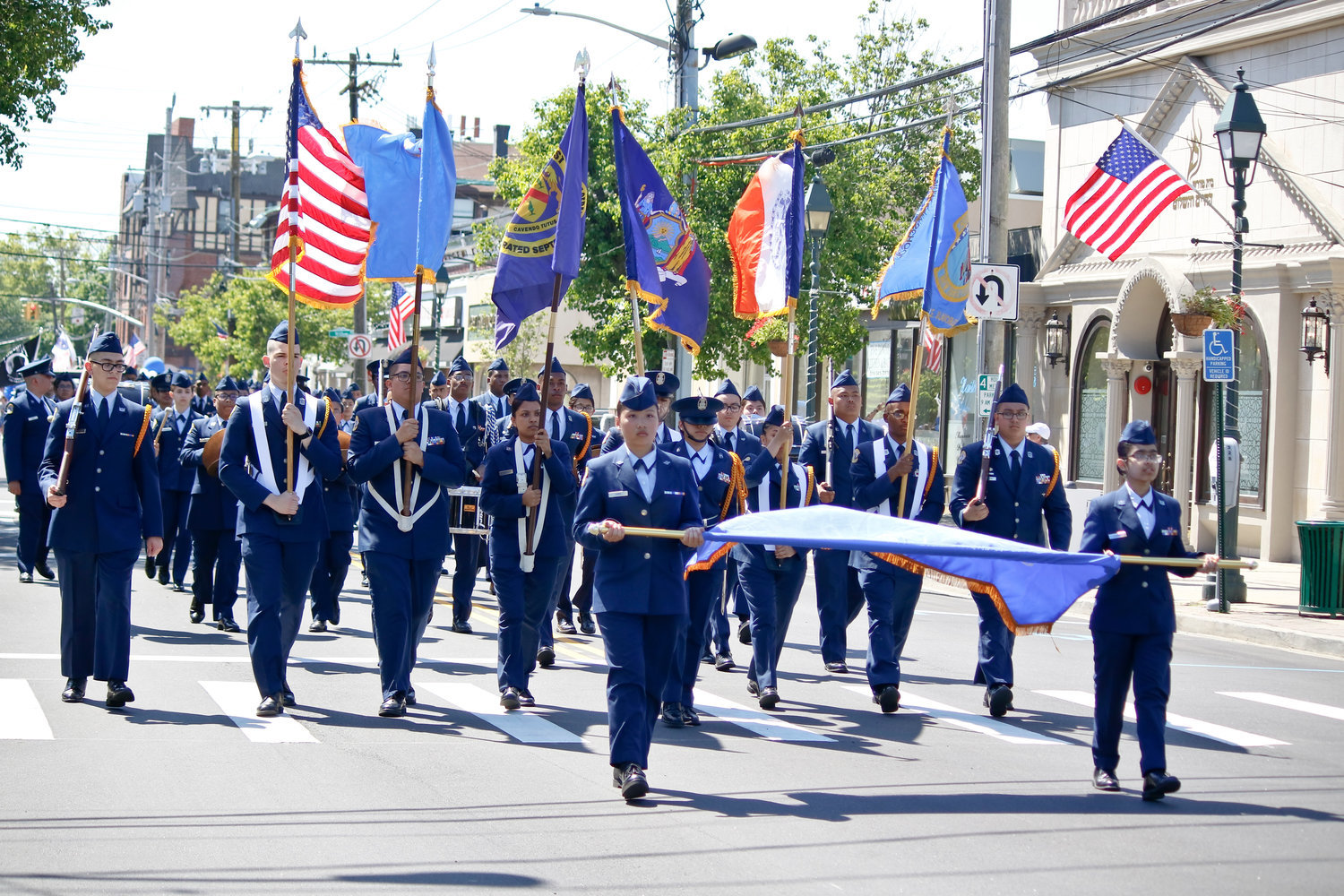 Three Memorial Day parades will take place in the Five Towns on May 29 and May 30. Above, the 2019 Lawrence-Cedarhurst parade and the Aviation High School Air Force JROTC.
Herald file photo
By Lisa Margaria

The Five Towns will be graced by three Memorial Day parades to honor all U.S. military personnel who lost their lives in service of the country.

Memorial Day, though traditionally observed on May 30, is now observed on the last Monday in May. Many people across the U.S. are off from work for the federal holiday.

The villages of Lawrence and Cedarhurst will have a conjoined celebration beginning at 10 a.m. on Sunday May 29, starting from Frost Lane and Central Avenue in Lawrence.

The parade will proceed along Central Avenue to the Cedarhurst Memorial Plaza in Andrew J. Parise Park. The parade began in the early 1900s and has been held for 103 years.

“It will be memorable for all ages, young and old,” Lawrence Trustee Paris Popack wrote in an email, “an event not to be missed!”

Children will have a bike parade where the first 50 kids 5 through 12 who pre-register can ride in the parade with a parent or guardian on their patriotic decorated tricycles, bicycles, scooters, wagons or other motor-less vehicles.

“Participating in our parade is an ideal educational opportunity to teach your children and grandchildren about the true meaning of Memorial Day,” Cedarhurst Mayor Benjamin Weinstock said in a release, “to appreciate our American freedoms and acknowledge our fallen soldiers.”

“We hope that the streets will be filled with spectators to cheer on the volunteer fire department, the veterans and all marchers to show honor and respect.” Lawrence Mayor Alex Edelman said.

VFW Post 1582 will hold a ceremony by the veteran’s memorial site. “We honor all those who gave the final, ultimate sacrifice,” Post 1582’s Frank Santora said. “It’s a very, very Inwood parade — everybody involved is Inwood. We’re all there for the same reason: we lost about eight members from the Five Towns in the Vietnam War, one from World War II, and it’s very important that we remember them.”

On Memorial Day, the Hewlett-Woodmere parade will begin at 9 a.m. from the Woodmere firehouse at 20 Irving Place and move along Broadway to Hewlett High School, where there will be a post-parade celebration. Local businesswoman Nicole Eliopoulos is the parade’s grand marshal.

For more information about the Lawrence-Cedarhurst Parade, call Cedarhurst Administrative Assistant JoMarie Capone at (516) 295-5770 and visit cedarhurst.gov/ or www.villageoflawrence.org/.