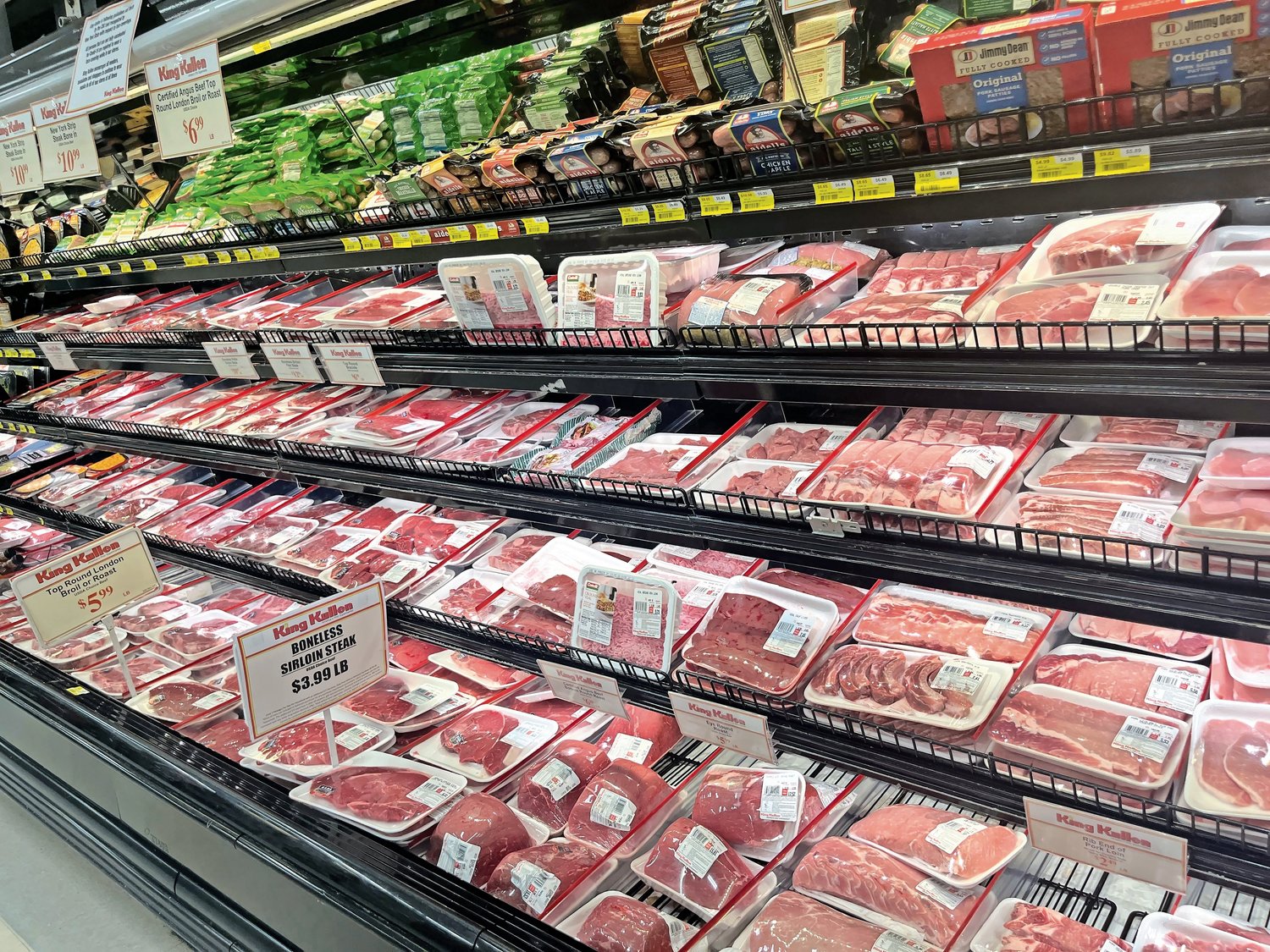 The price of meat increased more than 8 percent between February 2021 and this February.
Lisa Margaria/Herald
The U.S. Department of Agriculture forecasts these increases this year

Seafood up to 4.5 percent

Other foods 4 percent or more

With grocery prices rising steadily and some items missing from supermarket shelves altogether, some shoppers say they wonder when they will be able to find a bargain again at their local stores.

Labor shortages, supply-chain distribution problems and higher energy and gas prices are all factors that affect grocery prices, according to the United States Chamber of Commerce.

From February 2021 to February of this year, grocery prices increased 8.6 percent overall, with the price of meats — beef, veal and pork — being a significant contributing factor.

“It’s craziness,” a shopper at the Hewlett King Kullen, who declined to give his name, said last week. “The price of meat has skyrocketed, and now I can’t always find what I’m looking for.”

According to the U.S. Department of Agriculture, food prices are expected to rise another 4.5 to 5.5 percent this year, an increase from the agency’s February forecast, which was 2.5 to 3.5 percent.

High grocery prices have been frustrating for many customers, said Jakob Weschter, general manager of Gourmet Glatt of Woodmere. “Everybody’s crying about it,” Weschter joked.

The pandemic has been a significant contributor to price increases, President Biden noted in a statement about the consumer price index. “Inflation is a global challenge,” Biden said, “appearing in virtually every developed nation as it emerges from the pandemic economic slump.”

Many Long Islanders are still struggling financially in the post-pandemic economy. Sasha Young, the founder of Gammy’s Pantry, in the Five Towns Community Center in Lawrence, said that more than 5,000 South Shore families have registered with the pantry, and the numbers are still growing.

“The need has grown tremendously since Covid began,” Young said, “and now, more than two years later, compounded with inflation, the number of families in need continues to rise. With inflation and the cost of food going up almost across the board, it has become increasingly difficult to keep food on the table.”

Young, who lives in Inwood, said she has seen the price of meat nearly double in the past two years, and then when she shops for the pantry, “the four carts we used to come away with have now dwindled to two with the rising food costs.”

Have an opinion on the rising costs of food and other items? Send a letter to lmargaria@liherald.com.